Book Madonna: On Screen by Chris Wade review by MadonnaUnderground with pictures!

Who could forget the lovely 80’s ‘we all wanna be like Susan’ Desperately Seeking Susan, the incredibly funny Who’s That Girl, the cinematic Dick Tracy, the overwhelming Evita, the impressive acting in Dangerous Game and the fantastic Truth Or Dare.

Madonna is not a bad actress at all, not all the movies she starred in were bad. There is one thing we keep on seeing when we read past reviews on her films, they do not discuss her character, they focus simply on Madonna, the image, the looks, the artist. They never seem to NOT look at Madonna, they just cannot seem to think of Madonna playing a different character, is it because of her huge persona? Her huge charisma? Did you know she was even nominated for a Razzie for Worst Actress in Truth Or Dare? Explain to me how being yourself in a doc-u-men-tary make you a bad actress?

Finally (and long overdue) there’s a new book on the market focusing on Madonna: On Screen. Written by Chris Wade, this lovely book is such an entertaining read. Chris Wade admits he has a soft spot for Madonna’s films, he is also a fan of her music. He doesn’t understand why authors take the time to write a book on something they don’t like, that is why he writes this book on her films with an open mind and reviews every movie she’s starred in and directed. There’s also a Q&A with Leora Barish, the writer of Desperately Seeking Susan. Quotes from past reviews on the films are also discussed.

This book provides insight in Madonna the actress/director and takes you on a trip from A Certain Sacrifice up until her SecretProjectRevolution. As a fan I have seen all the movies as well and found myself agreeing on many things Chris had to say about her films and how unfair Madonna has been treated by the media regarding her acting.

If there is one thing this book makes you want to do is open your closet, dig out those DVD’s and review all Madonna’s films yourself again as it makes for one very entertaining ride. It’s a cute little book that you’d want to use as a reference, your own private Madonna movie guide. It’s easy to store and to take with you. I do recommend after you read the book and you haven’t seen the actual movies discussed, to pay Amazon a visit.

I’d like to end my review with a quote by Chris Wade while he discusses Madonna’s tour documentary Truth Or Dare, you cannot convince me that you don’t absolutely agree with this:

‘Only when her predecessors put it on the screen, it often felt forced and contrived, with them just playing the role of the big iconic star. With Madonna, it was the real deal. She lived it. In 1990, work was life and life was work and this is a compelling document of that era.’

A big thank you to Chris Wade for the book! 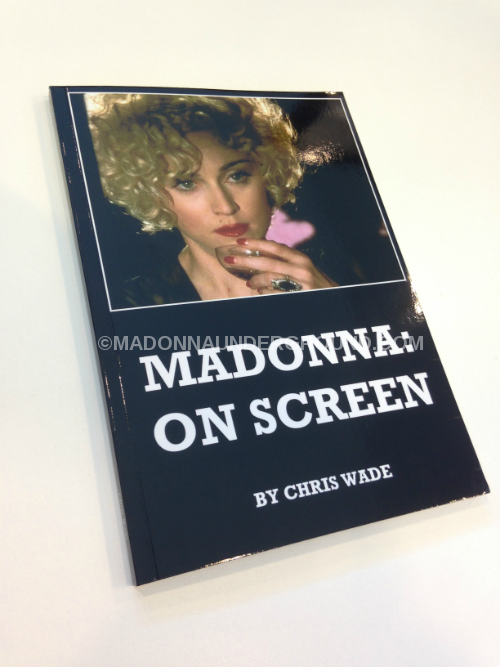 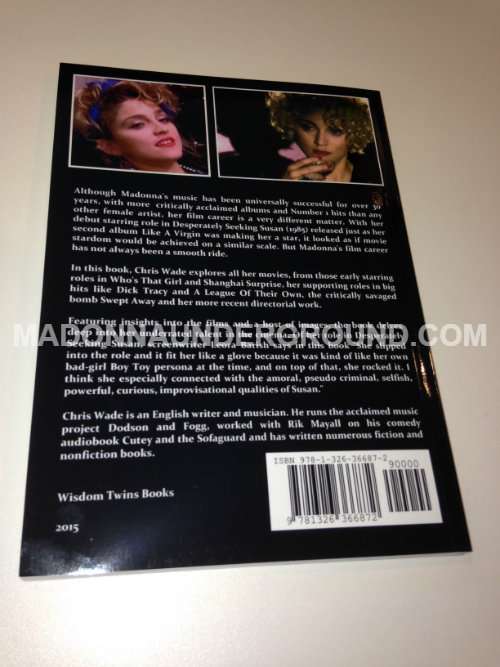