British label Final Cut Entertainment will celebrate the 30th anniversary of Uli Edel’s thriller Body of Evidence (1993) with a brand new Blu-ray release of the film, which will be available for purchase on January 30th.

When an elderly millionaire is found dead with cocaine in his system, his will leaves $8 million to Rebecca Carlson (Madonna), who was having an affair with him. District attorney Robert Garrett (Joe Mantegna) decides to prosecute Rebecca, arguing that she deliberately engaged in wild sex with the old man to overexcite him and lead to his premature death. Defense attorney Frank Dulaney (Willem Dafoe) defends Rebecca in court while getting sucked into a dangerous affair with her. 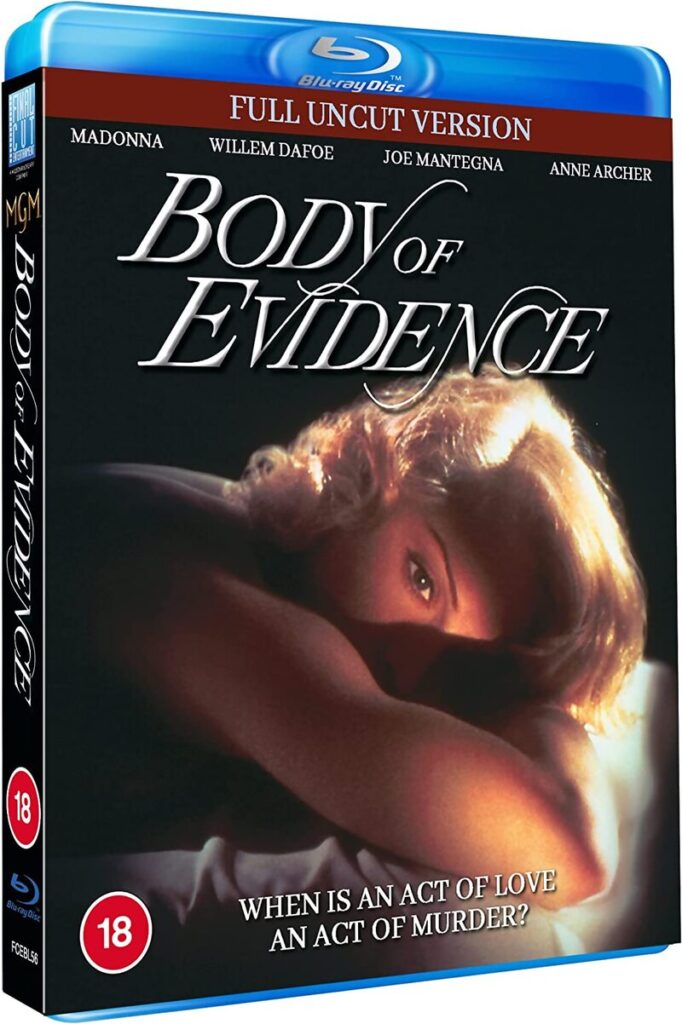