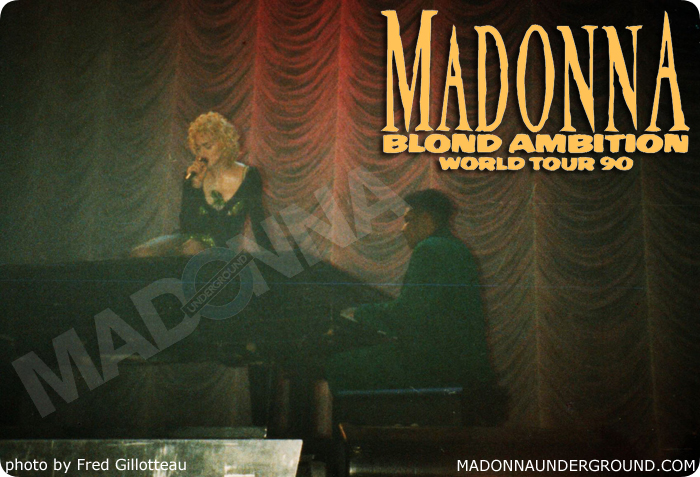 I can’t believe that it’s been (almost) thirty years since I went to see the Blond Ambition Tour in Paris…. At the time internet didn’t exist and we kept up to date with the news, especially for concerts, via the press and especially the radio (NRJ was then an excellent partner of our Madonna!)… neither one nor two, after having been informed that tickets were on sale, I went to a travel agency to buy my concert packages (tickets and trips…). However, the agency proposes a trip to Bercy only two hours before the concert (on July 3rd), so I decide to leave by train as early as possible in the morning (I lived over a 100km away from Paris!)

D-Day finally arrived (July 3, 1990) I left my parents’ house at six o’clock in the morning to see our star on stage for the second time (after the Who’s That Girl Tour in Sceaux in 1987). Arrived in front of Bercy around 8 am I find myself in the very first on the spot, only 5 or 6 other people have already arrived and we spend a long, very long time waiting, but very exciting at the same time! (with great weather!) The day goes by and the heat is causing some problems for some of us… Finally around 6pm (and several thousands of fans behind us!) the doors of Bercy open and we rush toward this incredible venue, and in spite of a big curtain it is clear that the stage holds some surprises for us…already it is clear that this concert will be very ambitious… 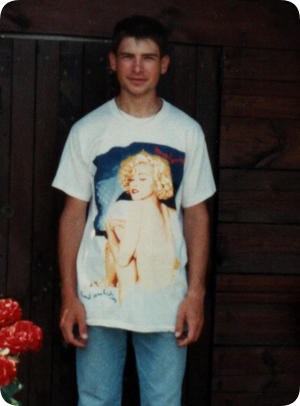 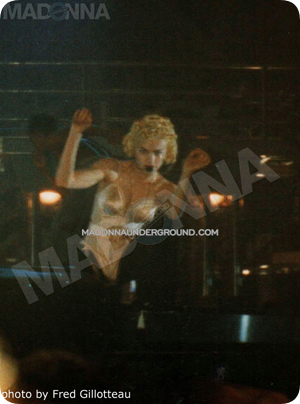 Again several hours of waiting, and while we wait, Oliver Crumes (the dancer) comes into the pit (between the stage and the front row) and chats with the fans and signs some autographs! This will remain an unforgettable moment for me. After more endless waiting suddenly the light goes out, the ground literally shakes under our feet and the machine starts… As soon as the Parisian fans enter in trance, we have the chance to see camera’s around us suggesting that the concert will be filmed! We will experience an incredible moment… The fervour is at its peak and the show is out of the ordinary, never has a singer pushed the staging and choreography to such a level!

I’m lucky to be in front (and to have been able to bring a small camera…) I enjoy the show I see Madonna twirling like never before, the excitement is at its peak, I suffocate and am forced to finish the show at the back of the arena so I decided to go up in the bleachers to have a better view (at that time no place was numbered, we could go where we wanted, depending on space available) which gives a global vision not entirely unpleasant… at the end of the show and after a short trip to the merchandise booth (I purchased an amazing t-shirt and program of course!) I finally get my friends and we promise to see each other again the next day, for the second show…

After three memorable evenings, I’ll be back at home. 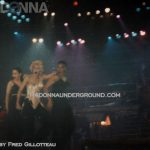 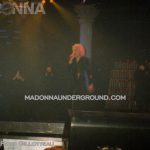 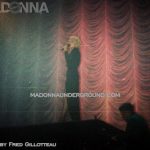 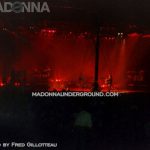