BLACK ALBUM / WHITE CUBE – A JOURNEY INTO ART AND MUSIC 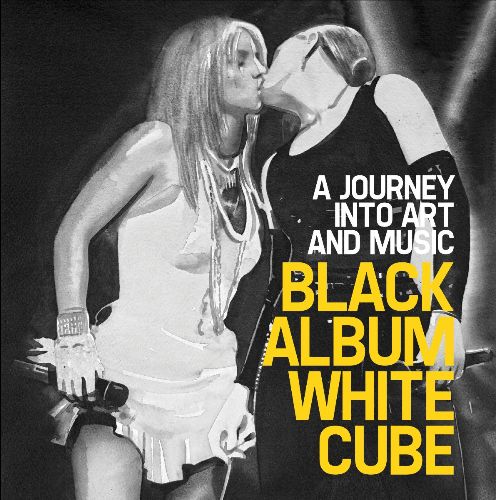 Music rules! In the exhibition ‘Black Album / White Cube’ at Kunsthal Rotterdam 35 internationally renowned artists and musicians present almost 200 works of contemporary art – multimedia installations, sculptures, videos and paintings. The exhibition reveals what happens when the worlds of art and pop music meet. Modern classics – including the seminal painting by Emil Schult that became the cover of Kraftwerk’s groundbreaking album ‘Autobahn’ in 1974 – will be exhibited alongside photographs by Wolfgang Tillmans and Anton Corbijn, paintings by Kim Gordon and Albert Oehlen, as well as video installations by Arthur Jafa and Cyprien Gaillard. ‘Black Album / White Cube’ is a surprising journey beyond art from the 1990s until now, inspired and fueled by music from The Beatles and Joy Division to Britney Spears and Rotterdam’s own gabber techno.

NO ART WITHOUT MUSIC

The exhibition shows how artists and musicians are mutually influenced by each other. Visual artists like Richard Prince and Mark Leckey have taken up musical principles such as remixing or sampling to include them in their own works. The exhibition also features art made by musicians, including the ‘Band Name Paintings’ by Kim Gordon, one of the founding members of Sonic Youth. The tension between the dogma of the original in the art world and the popularity musicians achieve by selling or streaming as many copies of their art as possible provides dynamic mutual interaction. The monumental installation ‘We Buy White Albums’ by Rutherford Chang plays with this contradistinction: Chang collected 3,000+ vinyl copies of The Beatles’ ‘White Album’ and sorted them by serial number in a re-enactment of a record shop. Antiquated, stained or written on, each album turns out to be unique and special – like works of art in their own right. Peter Saville, the graphic designer behind Joy Division’s record covers, contributes to the exhibition with a new video installation featuring homages and rip-offs of his iconic ‘Unknown Pleasures’ motif.

FROM FANS TO CLUBS

Extreme forms of worship and adoration of pop idols and nightlife are also themes in the exhibition. Since the early 1990s, Wolfgang Tillmans portrayed stars like Grace Jones, Wu-Tang Clan, Björk and A$AP Rocky. The artists Phil Collins (no, not the singer) and Henning Strassburger are intrigued by how the phenomenon of extreme fandom – from Beliebers to the Army of the K-pop band BTS – has emerged since the age of The Beatles. The Bosnian artist Radenko Milak immortalised Madonna and Britney Spears’ iconic kiss during the 2003 MTV Video Music Awards in a photorealistic watercolour. Also shown are ten larger-than-life portraits of the Berghain bouncers by the German photographer Sven Marquardt — he is also the first doorman of the world renowned nightclub, the Berghain in Berlin. And in their series ‘Exactitudes’, the Rotterdam photographers Ellie Uyttenbroek and Ari Versluis captured the looks of ‘gabbers’, as the fans of gabber techno are called.

Music can blow you away when you turn up the volume, or it can transport you back in time. But how can we recreate a listening experience as an image? The German painter Bettina Scholz says: “When I am listening to music, I see colours”. Scholz translated her perception into behind-glass paintings in which clouds of ink are spread out on brightly coloured sheets of glass. Other artists in the exhibition are playing with synaesthesia, a phenomenon where one sensory experience subconsciously evokes another. The French photographer Julien Lescoeur is inspired by the music of Joy Division. His haunting grey-scale photographs show his attempt to translate a feeling of isolation that he clearly feels in the band’s music.

The exhibition is realised in collaboration with the Deichtorhallen Hamburg. Guest curator is the author and curator Max Dax, who became known for being editor-in-chief to both ‘Spex’ and ‘Electronic Beats’ — two German magazines for pop culture that changed the way we look at music and art.

More at the Kunsthal