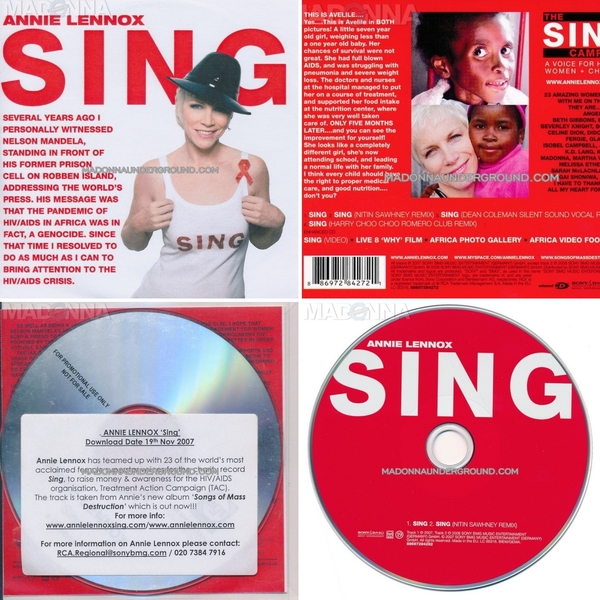 Before we kick off Madonna’s next huge era in our discography (Hard Candy) there was this single:

This was Annie Lennox’ charity single released in 2007 to raise money and awareness for the HIV/Aids organisation for which she teamed up with 23 other singers. Madonna recorded the second verse of the song to participate.

The ‘SING’ discography has just been added HERE