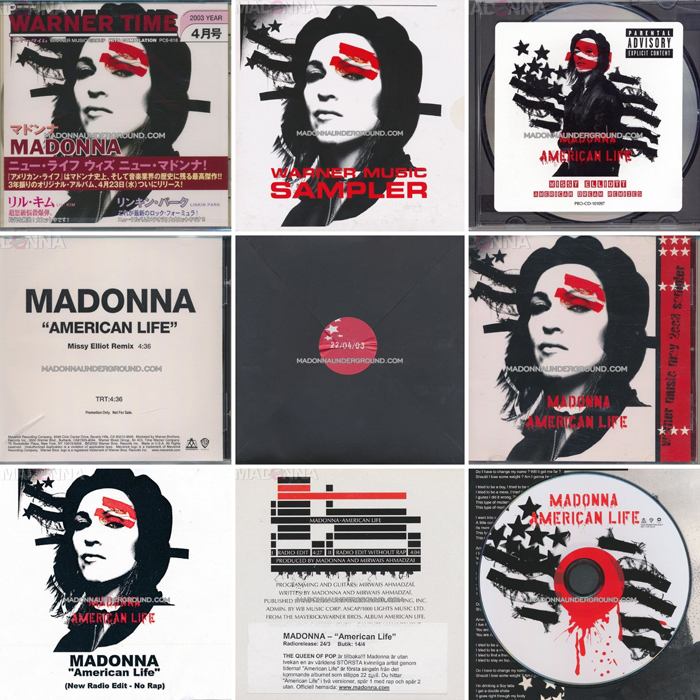 The first single off of Madonna’s American Life album was the title track. A single with an exceptional video directed by Jonas Akerlund only to be withdrawn moments after its release as Madonna felt it was poor taste due to the ongoing war. A new and not improved “flag” version was released and the general audience missed out on what is surely one of Madonna’s greatest music video’s ever.

Madonna has performed the track during the extensive promotional tour for the album and on the Re-Invention Tour in 2004. She dusted it off for her Tears of a Clown show in Miami and added it to the setlist of her current Madame X Tour.

In the discography we have collected 51 different pressings, check them all out HERE