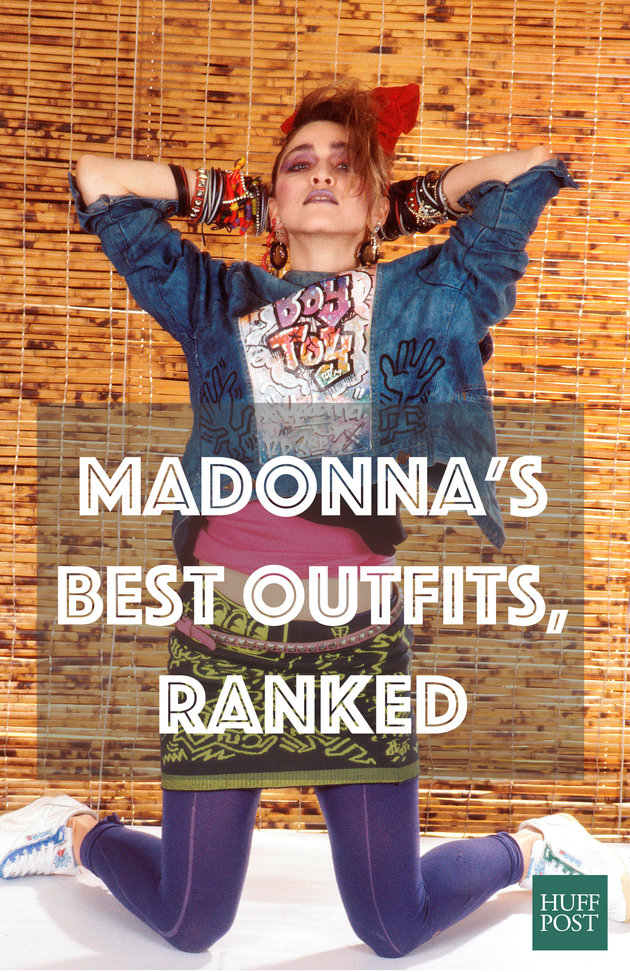 You can accuse Madonna of a lot of things, but playing it safe with style isn’t one of them. This lady is known just as much for her bold fashion statements as she is for her killer vocal cords. Over the years, we’ve seen her in some pretty insane outfits, both on the red carpet and onstage. From her infamous Jean Paul Gaultier cone bra of 1990 to her Marilyn Monroe moment at the Oscars in 1991 to the suit she wore to the Grammys in 2014, Madonna always keeps us gawking.

In honor of the singer’s 57th birthday on Sunday, we’re taking a look at her best outfits over the years and ranking them according to badassery. Feel free to disagree with our picks, but you’d be wrong.