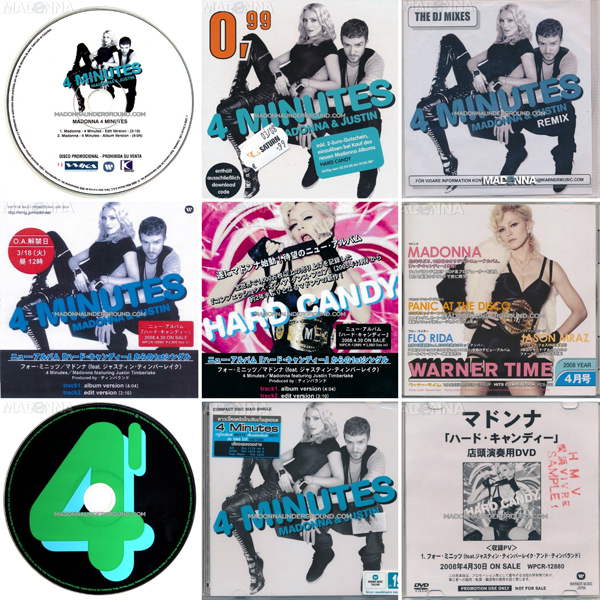 Finally we are kicking off a new era in our discography! We are starting with the debut single of Madonna’s 2008 album ‘Hard Candy’.

4 Minutes, a collaboration with Justin Timberlake and Timbaland was released as a digital download first on March 25 2008. The song was a huge hit in Holland and managed to reach the top spot in the charts. Taking a break from her disco dance sound of the previous ‘Confessions on a Dance Floor’, here Madonna experimented with a more urban sound.

For the discography we have collected 38 different items!