25 years ago today! The legendary Blond Ambition Tour in Rotterdam 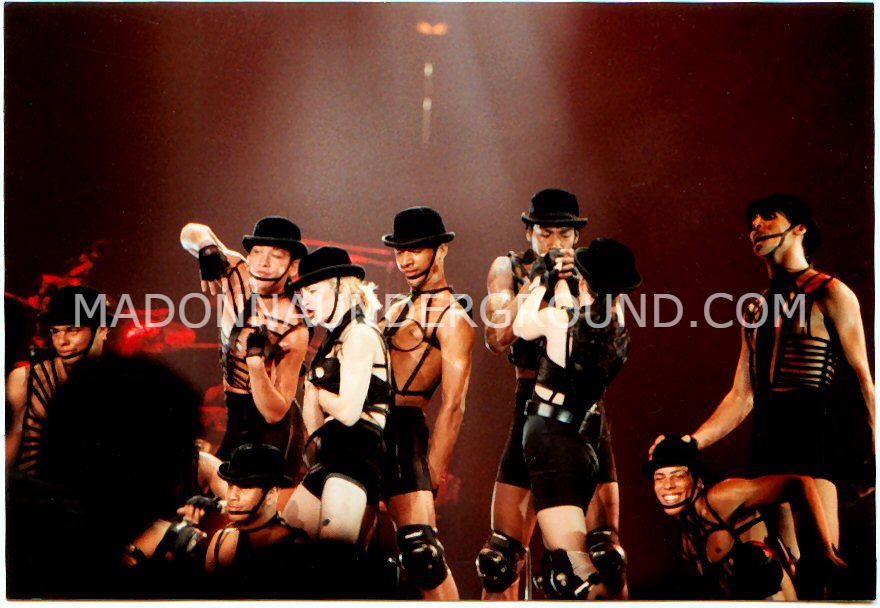 While writing this and preparing for a brand new world tour, it is exactly 25 years ago to the day that I experienced my Blond Ambition Tour. I was lucky to have seen this show eight times!
(2x) Paris, Turin, Dortmund, (3x) London and Rotterdam.

Such a fabulous memory, the year I turned 21, went on a holiday n my own and the summer was extemely humid.

It took a lot of work to make arrangements for this, without the internet, no cell phones, no just a regular phone call for tickets or just go and see how I was going to end up.

There was a lot of confusion, the show in Sweden (did not have a ticket, but was present outside, they were way too expensive on the black market) was postponed to a day later, the show in Berlin on July 1 got cancelled, Cologne was transferred to Dortmund and Berlin to München.. a lot of controversy in Italy, one show in Rome was eventually cancelled.

My favorite show of the ones I’ve seen, was the one where she performed on my birthday in London (the first show). I spent the night outside at Wembley Stadium.

Her show in Rotterdam had a drama start for me, first I overslept (I was planning on spending the night outside), but did not get there until noon. Thankfully some friends of mine were so friendly to save a spot for me. This was my very last show (completely broke). M was really into it and totally spoke her mind throughout the show.

For the first time she picked a girl from the audience to dance on stage with her to Holiday.
To read my full detailed report, please click HERE