The stunning photographs taken by Kenji Wakasugi of Madonna while on her “Like a Virgin” promo tour in Japan, can be admired at Galerie de l’Instant in Paris. 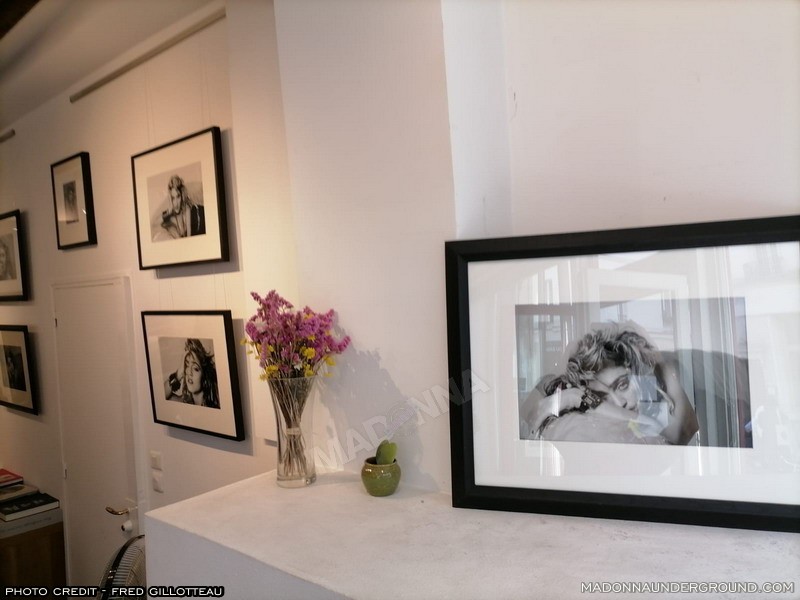 Unfortunately the large screen print wasn’t part of the exposition as it was still with customs. The creators of the gorgeous “Adore” book, that includes all the photographs were present as well. A new book by NJG Studio might be coming our way soon.

Check out the photo gallery below 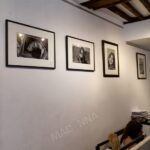 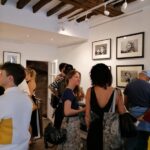 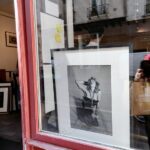 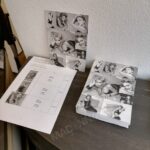 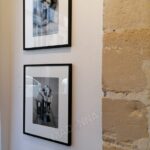 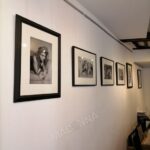 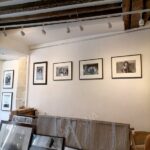 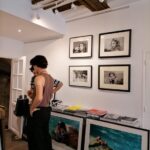 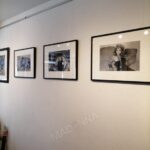 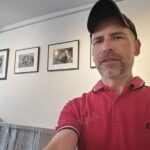 On this day 10 years ago Madonna played the first of two nights at the O2 in Berlin during The MDNA Tour in 2012. There was a ‘very’ important soccer match that same evening, Germany had to play against Italy. According to various media reports people were offering their Madonna tickets for free as seeing the match mattered more. Despite reports, the arena was packed!

Madonna started her show again at 22.15 and managed to get her heel stuck in her pants during “Human Nature”, “oopsy daisy” she said. She forgot a few words during “Open Your Heart” but performed another stellar show. The crowd was a bit tame (maybe that was because Germany lost against Italy?) but did come alive during “Like a Prayer” 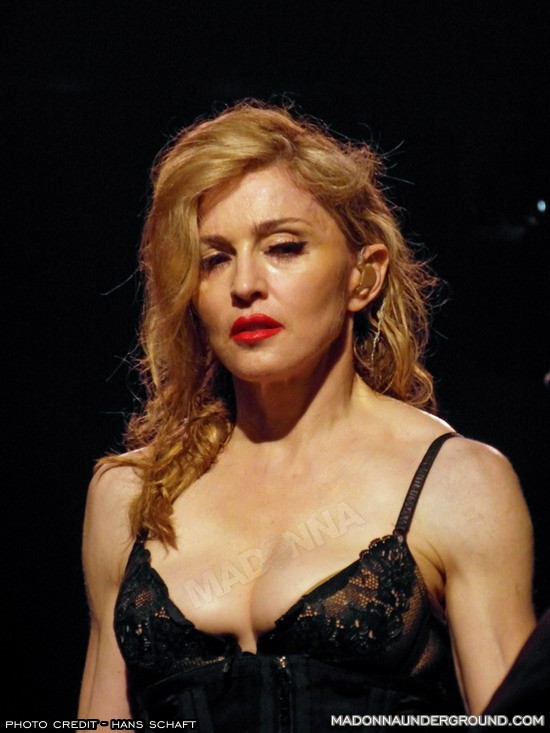 The “Finally Enough Love” page has been updated with (promo) merchandise from the Pride event as well as press articles. Check out this and a lot more HERE 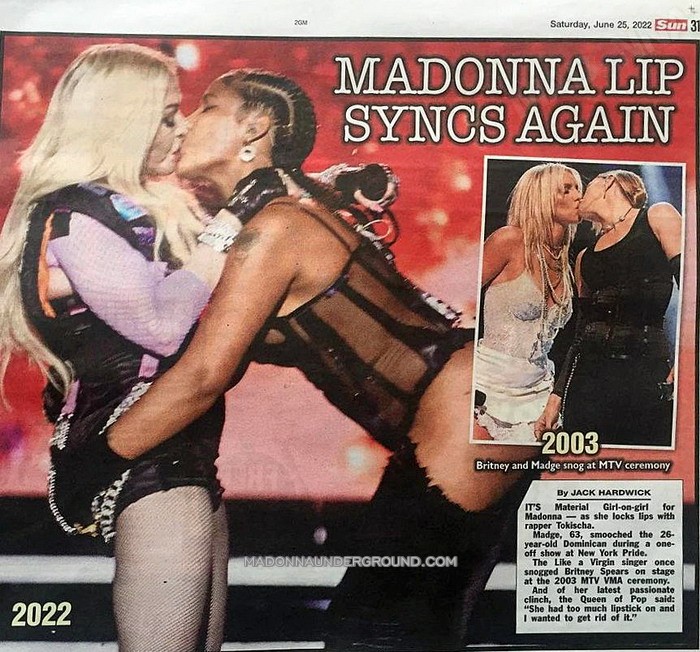 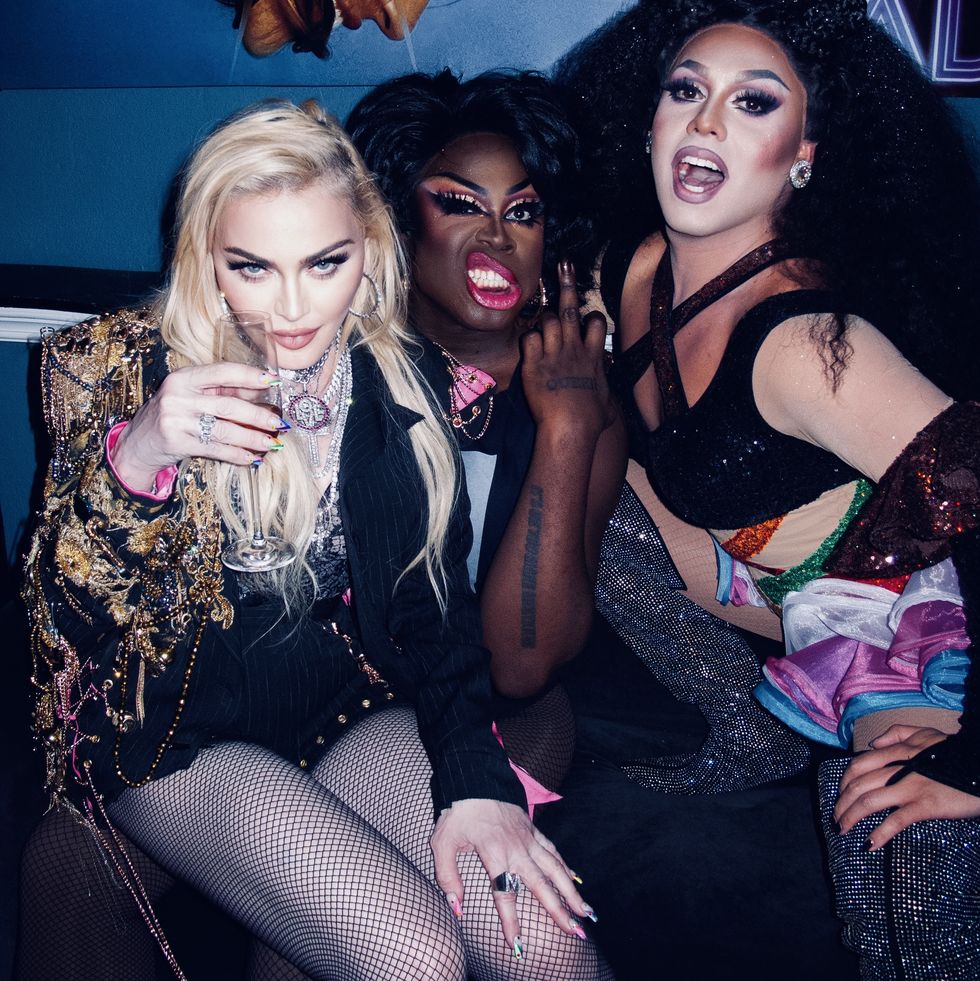 Wherever Madonna goes, the party follows.

The superstar has been a steadfast supporter of her LGBTQ+ fans throughout her almost four-decade career, and embracing the community was at the core of her pre-Pride celebration at Terminal 5 in New York City last week. Madonna enlisted the likes of Saucy Santana and Dominican rapper Tokischa for a wild event that also marked the abridged release of the singer’s upcoming remix album, Finally Enough Love: 50 Number Ones.

“The LGBTQ+ community has always been hugely supportive of me since day one when I first moved to New York City as a dancer before I started my singing career,” Madonna exclusively tells BAZAAR.com. “Then after I became a singer, the queer community always came out for me, supported me, and they did not judge me—they celebrated me! And they have never been afraid of the fact that I’m a strong, independent female. They showed up for me, and I will always show up for them!”

On the night of June 23, Madonna, who is known for her Pride Month activations and championing LGBTQ rights throughout her career, once again outdid herself with an LGBTQ celebration at Terminal 5 in New York. The show was also in celebration of FINALLY ENOUGH LOVE, Madonna’s 16-track career-spanning remix compilation album, released on streaming today.

Madonna was joined by renowned drag queens Violet Chachki, Bob the Drag Queen, Pixie Aventura, and Laganja Estranja who arrived at the event on the Gaultier double-decker Pride bus.

Bob the Drag Queen served as MC of the show, with tongue-in-cheek skits featuring audio soundbites of Madonna supporting the LBGTQ community throughout the years. Laganja performed an epic rendition of “Vogue,” where she was joined by Jose Xtravaganza, one of Madonna’s dancers on the Blond Ambition tour. Saucy Santana fired up the audience with a performance of his hit song “Walk.” 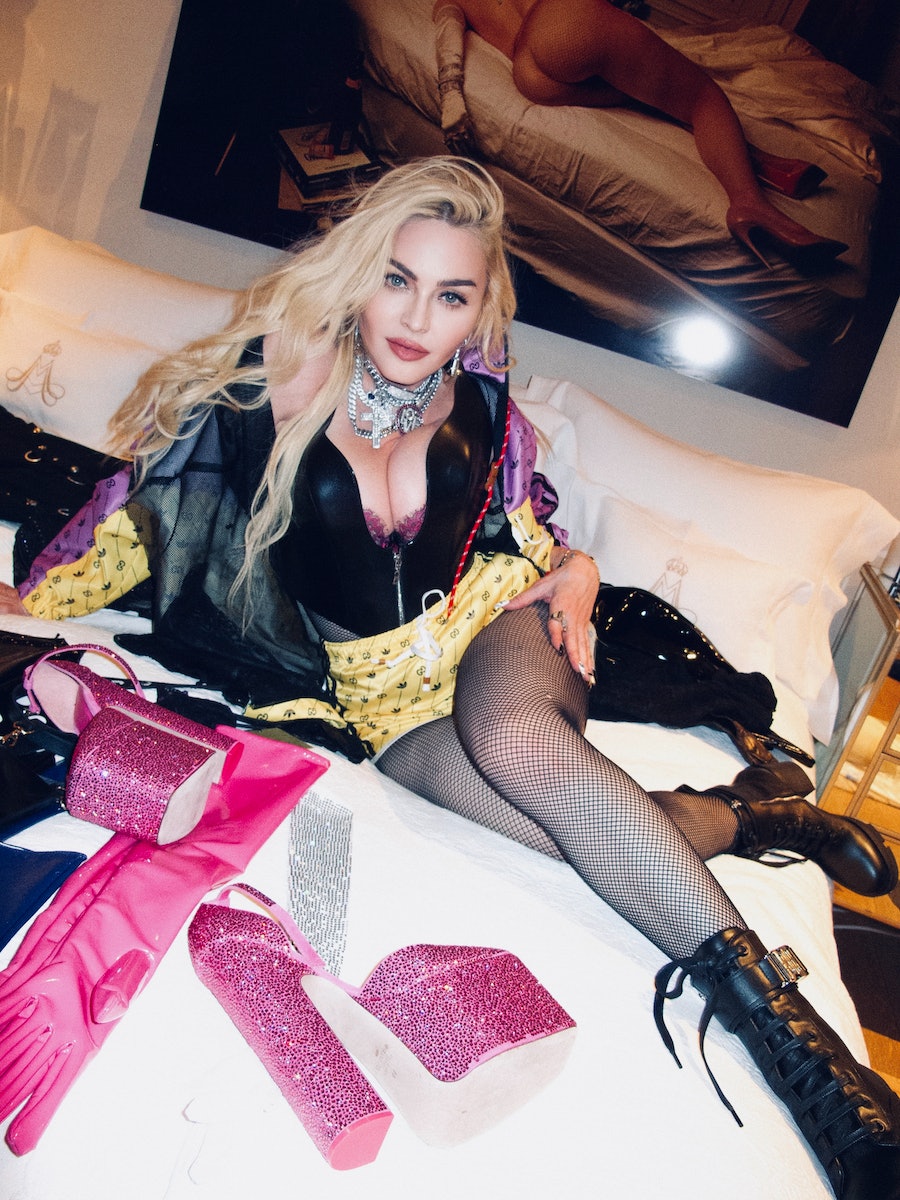 With LGBTQ+ Rights Under Threat, Madonna Creates A Safe Space 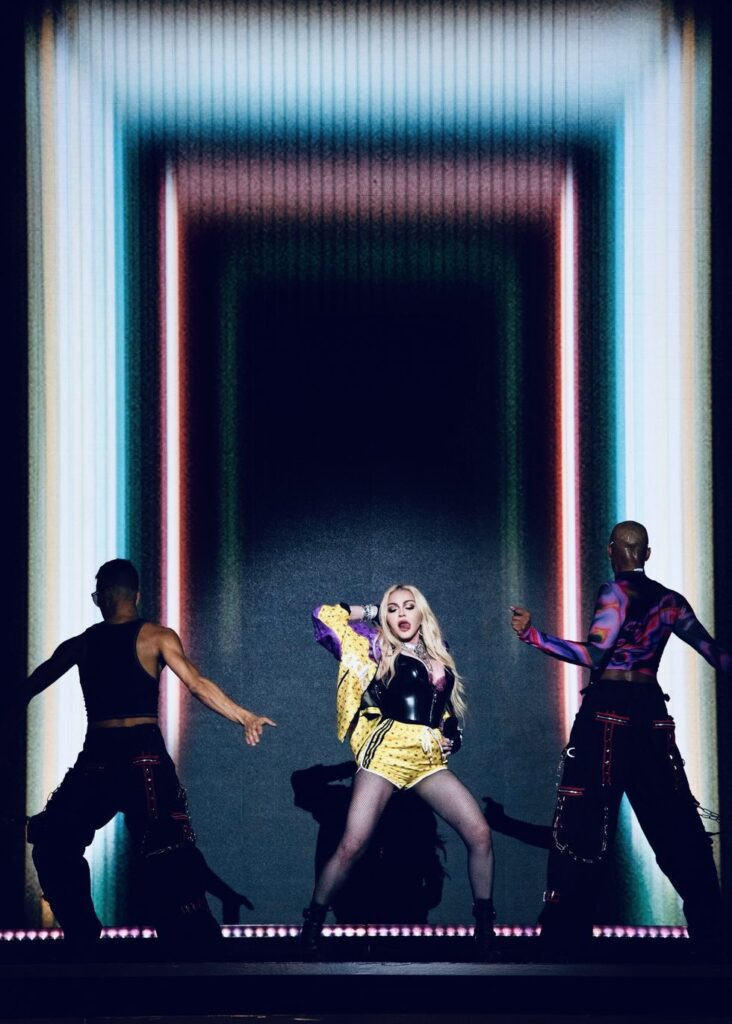 Though I’m only 24 years old, if I’m being honest, there are very few reasons I would leave my apartment after 10 P.M. on a work night. A lover? Probably not. A slice of New York City pizza? Maybe. Secret Madonna performance for Pride Month? C’mon, sign me up!

So when a co-worker slid into my DMs and offered me a ticket in her stead, I was physically unable to turn it down. Right then and there, I slid on my best club-approved black T-shirt, wiggled into some printed pants, grabbed my roommate, and headed to Terminal 5, the perfect venue in Midtown Manhattan for an NYC Pride Week treat.

Madonna is no stranger to a risqué performance, or even an on-stage kiss – who could forget that iconic moment with Britney Spears at the 2003 VMAs?

And it seems like she doesn’t plan on slowing down with her racy antics, as the pop star shared a passionate snog with rapper Tokischa on stage in New York City.

Madonna, 63, was joined by Tokischa, 26, for a performance of her hit Hung Up, with the pair going in for a rather intense kiss at the end, before Madonna slapped Tokischa’s bum as she walked off the stage.

As to be expected, the crowd went wild when the heavy kiss happened, with the ladies physically unable to get any closer as they grabbed onto one another

This 15×15 exclusive lithograph of “Finally Enough Love” was sold exclusively at Madonna’s Pride show at the WOW event last night. 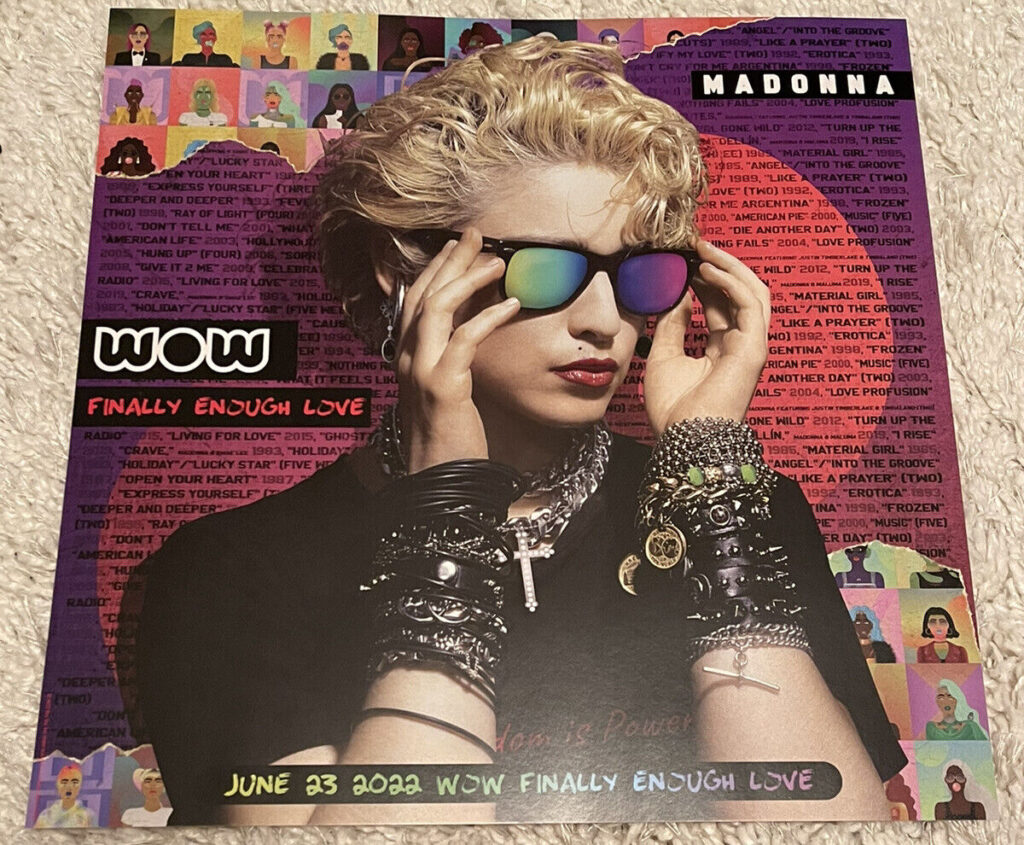