Will Gompertz reviews the star’s show at the London Palladium ★★★★★ 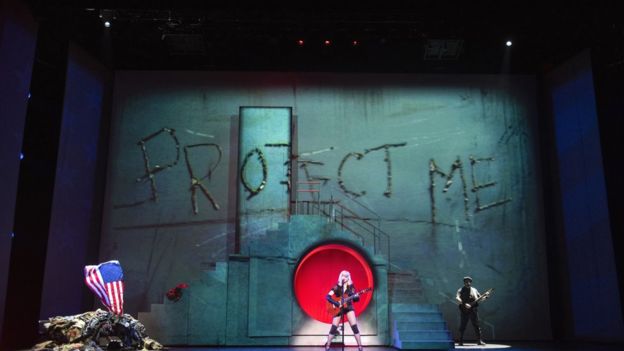 “She is here, isn’t she Will?”, asked a worried looking man at the London Palladium at about 20:00 on Wednesday night. “Yes”, I said. I didn’t actually know for sure, but he looked so anxious I thought a bit of reassurance wouldn’t go amiss.

Anyway, the merch counter had just fallen over and there was a rising sense of calamity which didn’t need adding to.

Madonna goes deep with her fans. The connection is genuine and mutual. Nobody blames her for cancelling shows due to extreme pain in her knees and hips, people just hope it’s not on their night (she has subsequently ruled out shows on 4 and 11 February).

“I feel so guilty,” another fan told me. “My mates had tickets for Monday night, which was cancelled and I’ve just sent a WhatsApp of my seat tonight.”

“Where are you sitting?” I asked

“Row U in the stalls,” he said