On this day 10 years ago The MDNA Tour played the Lanxess Arena in Cologne Germany. The Early Entry ticket holders were treated to a rare glimpse of Madonna rehearsing “Je t’Aime”, a song that would be performed later at the specially scheduled show in Olympia Paris. Madonna commented to the crew that they still had a lot of work to do regarding the track.

During “Heartbeat / Best Friend” the screens went black for a second and during “Vogue” Lola walked into the Golden Triangle to cheer on dancer Chaz Buzan. Madonna asked a fan what Saggaro Jo meant, it was followed by a competition between fans who was able to scream “Saggaro Jo” the loudest. A lot of interaction between dancers and fans in the Golden Triangle, another fantastic show. 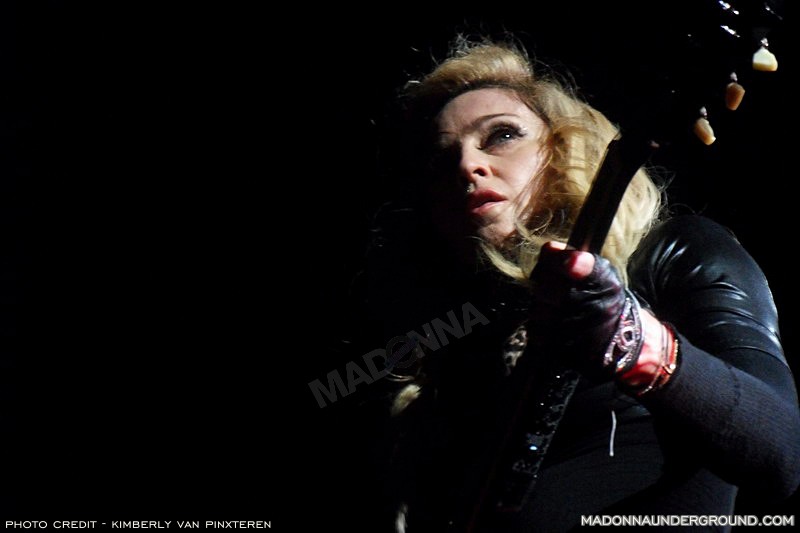