Madonna played tourist while she was staying in Amsterdam for her MDNA Tour on this day 10 years ago. Madonna treated her Amsterdam stay as a short holiday, she was staying at the Conservatorium Hotel while the crew stayed at the Amstel Hotel.

Madonna rented the stunningly beautiful Tuschinski movie theater to watch an English subtitled “Intouchables” with Brahim and the crew. She rode the canals with Brahim and visited the Anne Frank House. She later described her Amsterdam stay as most relaxing and joyful. The first show she performed at the Ziggo Dome was another smash. There was a technical issue right after “Like a Virgin” as the trap door didn’t go down and she remained on stage for the beginning of “Nobody Knows Me”. She was eventually led off stage by a crew member and walked right behind the barriers of the Golden Triangle to disappear behind the curtains underneath the stage.

We were blessed with a press photo pass and therefore our crew member Hans photographed the first three songs professionally among the likes of photographers such as William Rutten. 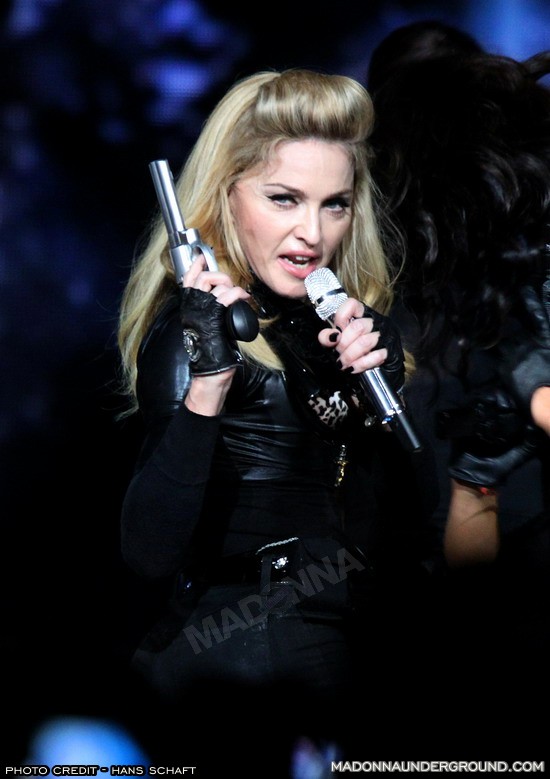