On this day 10 years ago, Madonna completed her two-night run at the O2 in Berlin for her MDNA Tour. Starting again on her steady 22.15 time slot, she performed an even better show than the first night in Berlin.

However some technical difficulties during “Gang Bang” as the motel room became tangled in some wires and was sliding onto the stage sideways. Thankfully the tech crew was there fast to prevent it from landing inside the Triangle. The motel room decided not to cooperate again on a later date in Birmingham.

By now we knew after Madonna’s speech that if we say “Sagarra Jo MotherF***ers” we actually mean that we are standing up for our rights and stepping on apples.

The crew was loving the Dutch sugary wafers we brought, and we were told they were all very much looking forward traveling to Amsterdam. 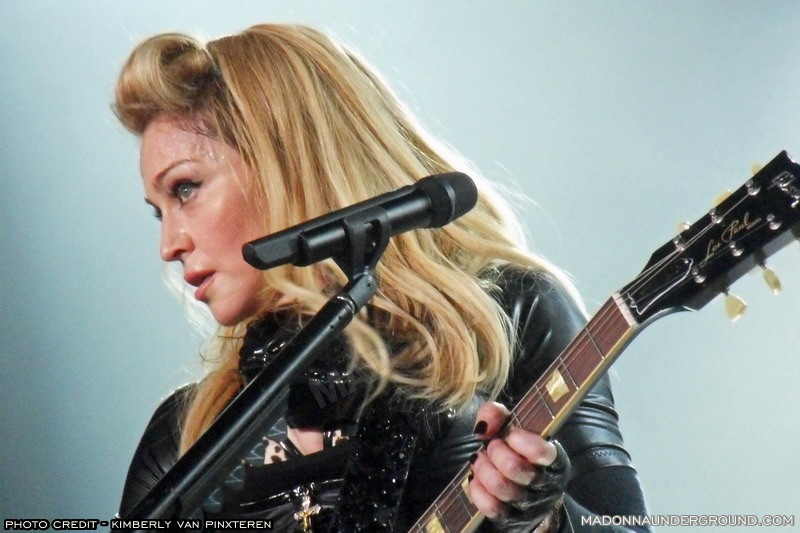