Madonna performed the third date of the 2009-leg of her Sticky & Sweet Tour at the MEN in Manchester. It was also the day of Michael Jackson’s memorial and Madonna spoke about this right before “You Must Love Me.” She told the crowd to remind themselves to cherish someone while they’re still alive and not to wait until they’re no longer with us.

She also remarked that it was only fair for the crowd to give her their shirts as she’d been giving hers for years. This was also the show where Madonna premiered the new “4 Minutes To Save The World in Red Sunglasses”. It was a one-time thing.

Check out 65+ updated photographs of the show HERE 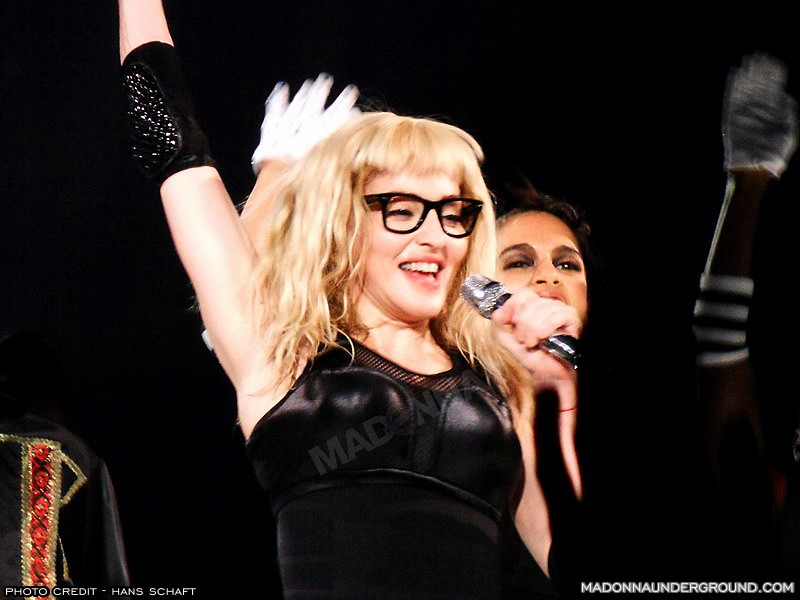