Just two days after Amsterdam Madonna performed her Sticky & Sweet Tour at the LTU Arena in Düsseldorf Germany. A venue we’d previously visited for The Confessions Tour in 2006. The organisation had changed the caution tape for steel barriers in the queue outside the arena, a definite improvement.

Madonna seemed to perform on auto-pilot in Düsseldorf and wasn’t as cheerful as she’d been while in Amsterdam. During the ‘request’ section someone in the audience suggested “True Blue” and Madonna responded saying “True Blue? Ewww….let’s sing something that has some balls” and continued to sing “Like a Virgin” a-cappella instead. For the Rebel Heart Tour in 2015 “True Blue” had magically grown some balls, as it was performed every night.

We have 60+ updated, previously unseen and enhanced photographs of this show for you to view HERE 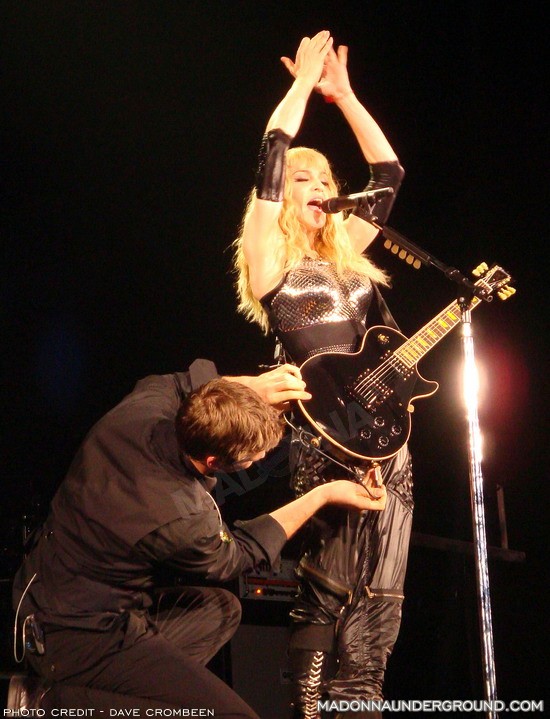