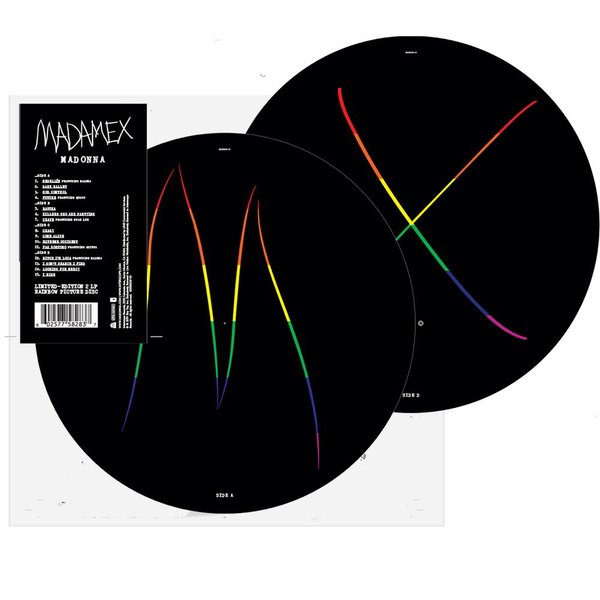 If you still need to add the “limited edition” rainbow picture disc vinyl of Madame X to your collection, Roughtrade.com is offering it for only GBP9.99

This original advert from Billboard magazine to promote the new single ‘Material Girl’ from the ‘Like a Virgin’ album has been added to the ‘adverts’ tab on our Like a Virgin page.

Enjoy this and more! 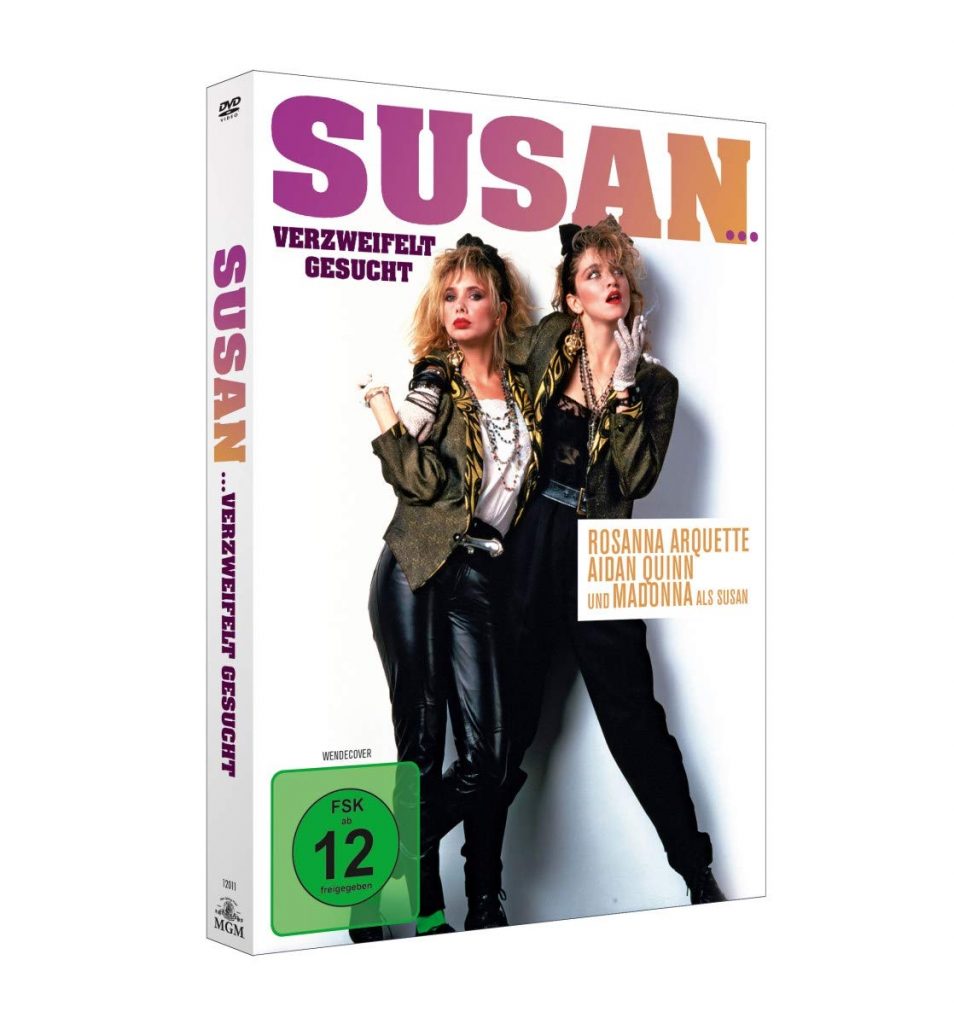 The German blu-ray release of Desperately Seeking Susan is up for pre-order through Amazon.de

He never met the world star in person. “I brought the costumes to the Howard Gilman Opera House, where she was performing during the Madame X Tour. I went backstage and got to take a look at the dressing rooms, but of course they won’t stop rehearsals for me.

Madonna’s dress, photo’s were forbidden, was an important moment in his carreer. “Her team does not only work on her styling, but also for stars like Gwyneth Paltrow. What am I saying: for half of Hollywood. I have received some fantastic offers, will be working with celebrities whom I can’t talk about at this point. Just a few weeks ago the singer Ava Max, known because of he hit Sweet but Psycho, wore my clothes during a shoot.” 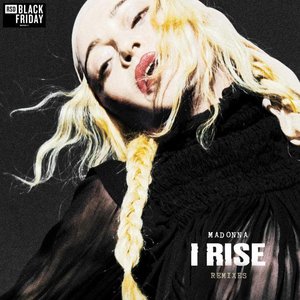 Fnac Belgium is also offering the U.S.A. only release of ‘I Rise’ remixes on vinyl through their website HERE

It is priced at EUR36,99 (Concerto in Holland seems to have been the most affordable at EUR17,99)

49. MADONNA – “MADAME X” (DELUXE) Thirty-six years after her debut, Madonna doesn’t seem to aim for the pop charts in a calculated way. Sure, the politically-charged, “I Rise” is a rather traditional pop-anthem, but much of the record finds her in performance-artist mode. This is a spiky, tangled collection. Don’t let the chilled vibe of the Maluma-assisted, “Medellín” fool you. Sure, it is indicative of the Latin-tinged, digital haze heard across the record, but once “Dark Ballet” morphs into a computerized protest-fueled nod to Tchaikovsky’s “Nutcracker Suite,” it becomes immediately evident that this is one of her strangest and most compelling albums to date. With highlights like “God Control” and the densely-constructed and blunt “Killers Who Are Partying,” Madonna makes “Madame X,” a cleverly-constructed protest record, meant to be examined as a piece of art. Madonna still courts controversy, but with a unique, globally-minded sense of maturity.

Best and worst songs of 2019 from Lizzo, Madonna, Lil Nas X and more

8. Madonna, “I Don’t Search I Find” (BEST)
Although the adventurous “Madame X” won’t go down as the favorite Madonna album of any Madge fan, this club jam mixes the EDM of “Confessions on a Dance Floor” and the deep-house pose of “Vogue” to disco-ball-dizzying effect.

There’s nothing we love more than seeing a pop queen high, so, quite obviously, we fell hard for this archive clip of Madonna on Australian television in the mid-1980s. “She’s not high!” I hear you Madge-obsessed queens (myself included) cry, but dear reader, the evidence begs to differ.

Madonna has always been good at getting the job done, or securing the bag as the young folk among us might say. It’s likely you’ll have seen early clips of her saying she wanted to be famous. Well now, she’s so famous, she’s basically lost all control of what she should and shouldn’t say or do (see: a track from her latest album, in which she exclaims she “will be gay if the gay are burned”).

That’s why it’s so surprising that, when tasked with the tiny chore of wishing her Australian fans a Happy Christmas in this very niche video from the year of our Lord 1985, she royally fucks it. There are also mentions of ‘Molly’ and, so, as you can imagine, our eyebrows are raised.

But it was Christmas! It was the 80s! A little sip of eggnog, a Terry’s chocolate orange, perhaps a little bump of MDMA. She’s just like us! A cheeky sniff of the pickle to get us through the busy festive period, and through a TV appearance in which she needed to bring festive wishes to the people down under. And so she powered on.

She might have fluffed it approx. 200 times, but tell us: would you have had it any other way? Merry Christmas, your Madgesty, and Merry Christmas one and all. 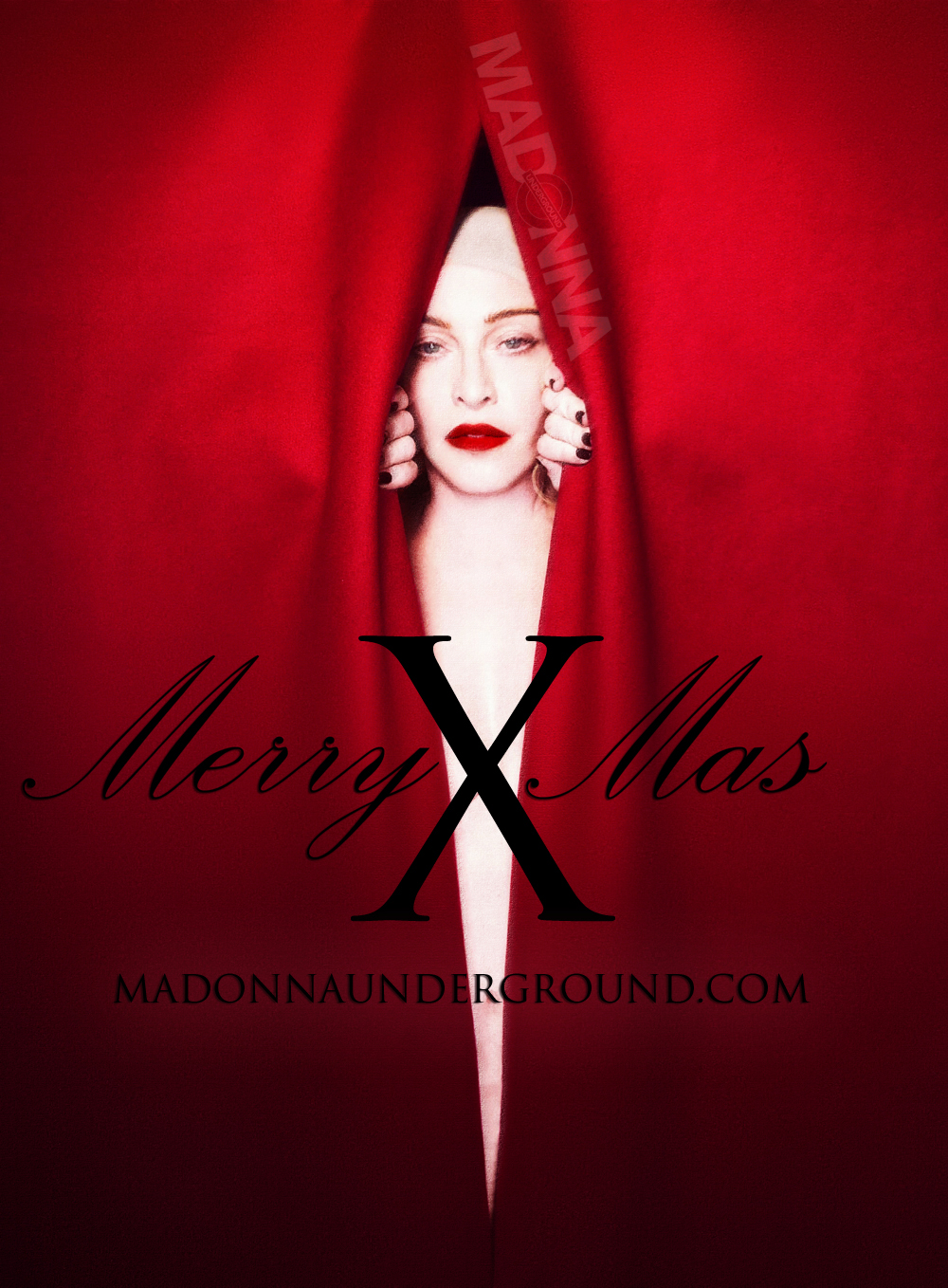 From tomorrow morning, the major national advertising campaign on Radio FG for the two after show parties Madame X tour Paris will start, even though the first two ticket prices for February 22 are gone, and the first price for February 29 is as well‼ ️

❌WE RECOMMEND YOU TAKE YOUR PLACES AT THE LOWEST RATES (LIMITED QUANTITY) BEFORE THEY ARE “SOLD OUT!” ❌

📌 Madame X tour after shows February 22 & 29, 2020 at the YOYO – Palais de Tokyo, with among others the decks Madonna’s official remixer, Miss Tracy Young!

❌ YOU WILL HAVE BEEN ADVISED ❌

Happy New Year’s Eve to all …

Madonna and her ex-husband Man Ritchie have had a thriller authorized blow up proper earlier than Christmas, DailyMail.com can reveal.

Ritchie filed a movement of their divorce case asking for the ‘enforcement or execution of a judgment or order’.

The timing of the movement – which was filed on December 23 – means that there may very well be a disagreement over the place a few of Madonna’s six youngsters ought to be spending Christmas.

Madonna and Ritchie have a son Rocco, 19, collectively over whom they waged a bitter and public custody battle over in courts in London and New York.

That resulted in 2016 with Rocco being allowed to dwell within the UK along with his father, a director whose movies embrace Lock, Inventory and Two Smoking Barrels.

Throughout her eight 12 months marriage to Ritchie Madonna adopted David Banda, 14, from Malawi. Their youthful son has lately been spending time with Ritchie in London.

You’d best come prepared for any sort of climate when you see Madonna on tour. Why is that? Because the Queen of Pop is in charge of the temperature, and her word is law. Earlier this month she took over the Fillmore in Miami, Florida for the final string of dates on her Madame X Tour this year. And fans in the audience ran into one issue aside from a belated start time. That would be how warm it was. According to a review posted by the Miami New Times, the “God Control” icon opted against using the air conditioning.

When things got too hot, fans chanted a request for the A/C to be turned on several times. However, Madonna was not bothered. In fact, her response was predictably iconic. “Fuck you! I’m cold,” she allegedly declared. She had a bit more to add. “Take your fucking clothes off.” Here’s to seeing what’s on the horizon once the show picks up again in 2020. The living legend kicks things off with a mini-residency in Lisbon, Portugal early January. After that she has dates in both Paris and London. Get ticket info here.

.@Madonna comes to London town next month – time to get working on your best Vogue 🎵 Know a superfan? Surprise them on Xmas with tickets to see the absolute icon live in the intimate setting of @LondonPalladium in Jan/Feb → https://t.co/FMtOHW6zo9 pic.twitter.com/n7xObuowFD

“hopefully see you all very soon!!”

Two hours before the show was due to start, people were told that the show had been cancelled.

No official explanation has been issued, but people have been refunded instantly.

It seems a few Dutch stores have received various import copies of the U.S. only release of ‘I Rise’ remixes. Order links below: 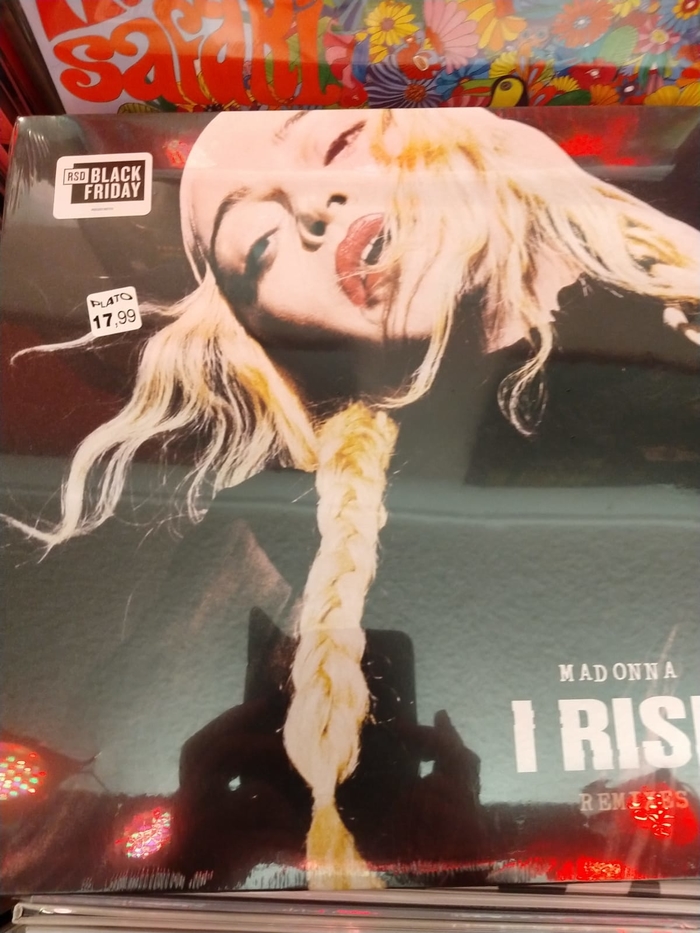 Many thanks to Maaike Hendriks! Four years ago today Madonna concluded the European leg of the Rebel Heart Tour in Glasgow.

Madonna delivered a phenomenal show and performed ‘Ghosttown’ as it has just been voted ‘song of the year’ by Billboard. Madonna surprised the crowd by sporting a fabulous new hairdo which suited her much better.

She went past the curfew causing her to perform ‘Holiday’ with the lights on and no music. Madonna sang the song, tried to remember the words and the audience helped by singing it to her.

Madonna and her pink Santa hat finished one of the more memorable shows of the European leg of the tour.

Check out a video down below

Does Madonna have anything to say? Perhaps the answer to that question is less interesting than her attempt to say something in the first place.

Madonna is in the midst of her “Madame X” tour, named for her latest album, which débuted (as I’m sure you remember) at No. 1 in June. While the album is typical for Madonna in its attempt to meld yet more world music into a pop-dance milieu, the tour is a bit of a curveball for the superstar, since she’s decided to forego giant venues in favor of smaller rooms coupled with longer “residencies” in a few cities. When you typically fill stadiums and arenas, a 3,000-seat theater is practically Sunday supper with the family.

The Philadelphia Metropolitan Opera House is such a venue, and that’s where I saw Madonna take her creative stand. The show was sloppy, disjointed and rambling, but it was brave in its own way, and perhaps the most compelling case I’ve heard for considering Madonna as a bona fide, boundary-pushing artist rather than a commercial pop star.

In some ways, the concert was a test of fandom, if not an outright rejection of the concept of celebrity worship.

The original showtime of 8:30 p.m. was pushed back to 10:30. When music started at 10:45, it was a quartet of talented Portuguese musicians playing acoustic versions of Madonna hits. After 30 minutes, an announcement declared technical difficulties would delay the show. The crowd stewed.

In retrospect, the preternatural attempts to enrage her devoted fans had a certain logic. Making people uncomfortable is, and perhaps has always been, Madonna’s goal. She makes it clear at the opening of the show, which features a clean-cut businessman being gunned down as a James Baldwin quote is projected across the stage: “Art is here to prove that all safety is an illusion. … Artists are here to disturb the peace.”

Heady stuff, and perhaps a little above Madonna’s pay grade, but a mission statement most popsters would shy away from. She did her part by calling out sexism, voicing support for gun control and declaring “I’m not keeping my baby” in an a cappella chorus of “Papa Don’t Preach.”

There were moments of humor and some raunchy bits, as you might expect, but there was also some stunning, Martha Graham-inspired choreography, and moments of uplift that did their best to eschew raw nostalgia.

Four of her daughters took part in the performance. She paid homage to her adopted home of Portugal by adding fado music to her set, and some seriously talented musicians from Lisbon. Orquestra Batukadeiras, an all-female drum ensemble from Cape Verde, was a stunning surprise mid-show. Coupled with classic tunes such as “Human Nature,” “Like a Prayer” and “Vogue,” it became a celebration of Philadelphia freedom, even if the through-line frayed at times.

The most egregious lulls came when Madonna took advantage of the setting to engage the audience in a bit of impromptu back-and-forth. Instead of using the time to further the themes of the show, she took a seat in the crowd, flirted with a few starstruck guys and swiped some swigs of beer from overjoyed fans. It was cute, but proved Madonna is only quick on her feet in a literal sense.

Even in an unusually intimate show, the biggest surprise was that Madonna’s brand of pop spoke with such direct authority. She had a lot to say, and it was worth hearing.