After the report by Radar Online about M’s dancers ‘on strike’ here a take by former dancer Anthony Rue II on it …’A couple of people have sent me post about this “Madonna Not Paying her Dancers News” Here is my 2 cent on the matter. I personally don’t trust ANY NEWS SOURCE 100% with…

Following unforgettable performances at this year’s Grammys and Brits, pop icon Madonna is bringing her hotly anticipated Rebel Heart tour to the UK. We’re giving away two pairs of tickets to see her live at the Barclaycard Arena in Birmingham on 16 December 2015. Enter now for your chance to win. This competition closes at…

Madonna Turns 57 And The Media Wants Her To Feel Ashamed

Many of her contemporaries (or past stars who shared the same level of fame) have died of drug overdoses, but Madonna is turning 57-years-old this weekend. For most, turning 57 is a celebration. For Madonna, it’s an excuse for the media to mock her, shame her, and make her feel that the only way she…

# 56 Before she was a star, Madonna was a songwriter with a sharp ear for a hook and a lyrical catchphrase, playing tracks like “Lucky Star” for record companies in the hope of scoring a contract. Her earliest hits honed the electro beats coming out of the New York club scene into universal radio…

Madonna has announced that her new tour will include a raft of designers, some well known, others less so. We look back at Madonna’s previous tour outfits and ask what can we expect from the queen of pop Madonna poses on-stage during the ‘Blonde Ambition’ tour in 1990 Photograph: Eugene Adebari/REX Shutterstock A new Madonna… 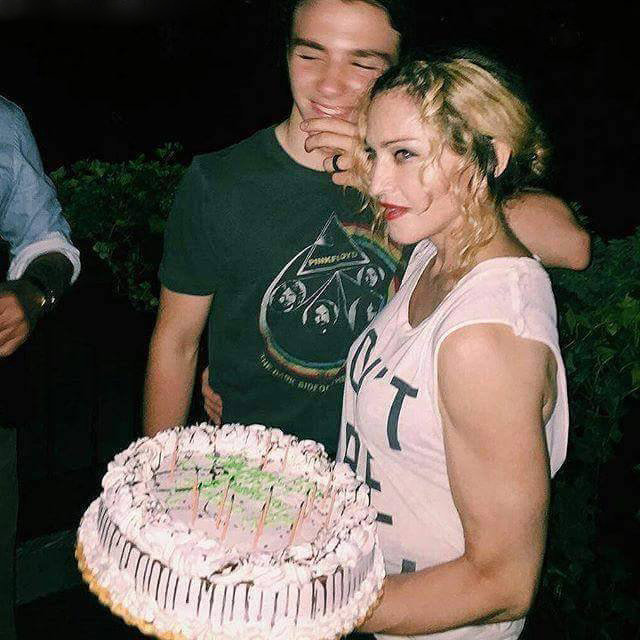 You can accuse Madonna of a lot of things, but playing it safe with style isn’t one of them. This lady is known just as much for her bold fashion statements as she is for her killer vocal cords. Over the years, we’ve seen her in some pretty insane outfits, both on the red carpet and…

Sam McKnight for BEDTIME STORIES by Madonna and Patrick Demarchelier

Did you know? #love #marriage

Did you know that next year there will be a wedding between two of our Madonnaunderground team members? Our True Blue love birds, Dirk & Kimberly will be getting married on July 2 2016. We will soon be launching a website dedicated to this event, but for now we’ll be leaving you with a quote…