Getting a Mountain High- #Smacked!

During Christmas time we have been working hard on a new part in our ‘Promo Tours’ section. We gathered all that we could find in our collection regarding Madonna’s First Album promo tour, photographed and scanned it all for you to see. There are TONS of scans containing early interviews, early reviews (no they did NOT like ‘holiday’), early magazine covers (Island, No.1), early memorabilia, withdrawn original album artwork and TONS of incredible photographs. 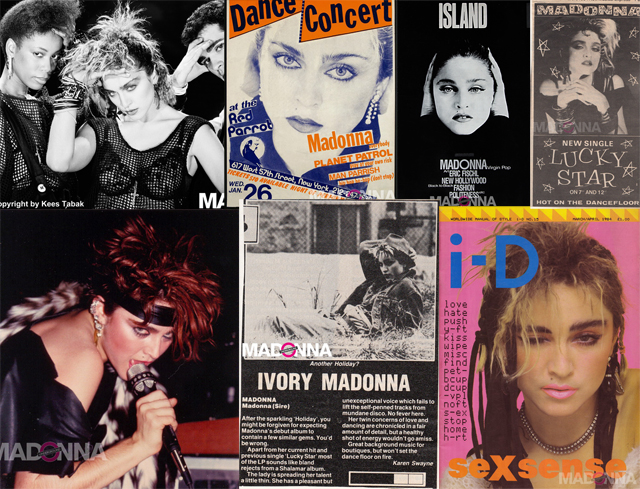 From ebay auction: This is the head from the original statue of the black saint (Martin de Porres) used in the filming of Madonna’s groundbreaking 1989 Like a Prayer music video played by actor Leon Robinson. Still in great condition, this head is an absolute one-of-a-kind item from one of the most famous music videos in history.

Includes a letter of authenticity from the video’s director, Mary Lambert. The letter also describes in detail the 3 part process of filming the effect of the statue coming to life (from statue to mask to actor)
[wzslider autoplay=”true” lightbox=”true”]
Read more

Sitting on my mothers lap X-mas dsy! No place I’d rather be right now! I wonder what she was thinking/dreaming about!

Merry Christmas to all of our visitors! 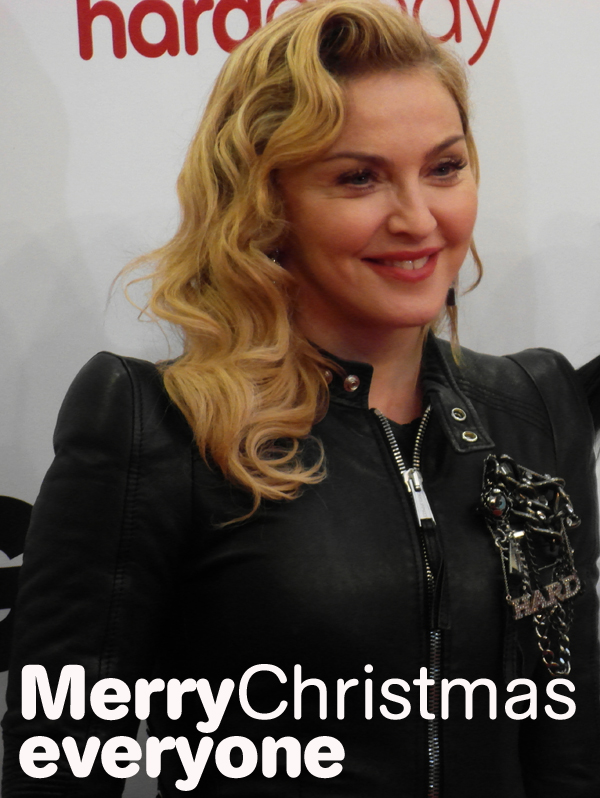 Beyonce reveals how Madonna has been an inspiration

Happy Holidays from Malawi! It’s the season of giving. Please help me with all of these projects! Continue to spread the Revolution of Love! http/www.rayoflight.org/#revolutionoflove #rayoflight.org #artforfreedom

Monte Pittman – The last MDNA show was already a year ago!

Beyonce “Wanted to Follow in the Footsteps of Madonna,” Singer Shared at “Visual Album” Screening in NYC

Girls really do run the world! Beyonce held a “visual album” screening of her self titled fifth album (featuring 17 epic videos) Saturday, Dec. 21 at the School of Visual Arts in NYC — and the global singing sensation shared with fans that her inspiration was none other than Madonna!

Following a screening of all 17 videos, which were played consecutively with movie theater quality sound, Beyonce took to the stage to address the crowd. “I felt like I wanted to follow in the footsteps of Madonna and be a powerhouse and have my own empire,” the songstress shared of the Queen of Pop, 55, who actually attended Beyonce’s Brooklyn show on Thursday, Dec. 19. Madonna shared an adorable Instagram photo from the show of the “XO” singer planting a kiss on her 8-year-old daughter Mercy James.

The “Run the World” singer, wearing a stunning sheer black dress at the screening, added that she wanted to “show other women, when you get to this point in your career, you don’t have to go sign with someone else and share your money, and your success, you can do it yourself.”
How did she manage to pull it all together? “I found a team of underdogs, a team of women, a team of people that no one believed in,” she shared. “And we worked together and we stayed up all night and we were progressive and we did not follow the rules and we said, ‘Why can’t we do it?’ and I don’t think people believed, you know?”

Although she managed to keep her fifth studio label under wraps until its stunning iTunes release on Dec. 13, Beyonce had conceived the idea of a “visual album” some time ago. “I said to so many people, ‘I have an idea to do a visual album,’ and everyone was like ‘Ok,'” she told the crowd. “And we did it! And not only did we do it, it’s my company and I’m very proud of that.”
Beyonce’s husband Jay Z is also a successful entrepreneur who manages his own clothing company and record label, among other ventures. “She was very humble — almost in tears with appreciation at times,” said Us Weekly’s Entertainment Director Ian Drew, who attended the screening Saturday night.