For the Grammys 2014 red carpet walk, Madonna was upstaged . . . by her little boy David! The pop legend, 55, brought her son David Banda, 8, as her date on the red carpet outside L.A.’s Staples Center. The duo opted for matching, black-and-white tuxedos by Ralph Lauren and top hats. (Nursing a recent injury, the Material Girl accessorized with a cane.) Although the “Celebration” diva is is opinionated on matters of fashion, little David was the evening’s stylist.

“Did you pick this out?” E! News’ Ryan Seacrest asked. “Yes I did!” the cutie replied.

“For this look, i followed his lead,” Madonna explained. “He dressed me tonight. I wanted to dress like him.” The seven-time Grammy winner was, however, rocking one thing David wasn’t: grills. “I’m grilling,” she said, adding that she sports the teeth accessories “when it matches my outfit. I have learned to eat with my grill!”

Madonna was less direct when asked about her performance of “Same Love” with Macklemore and Ryan Lewis, which will reportedly also feature Queen Latifah officiating 34 weddings live onstage during the marriage equality anthem.

“I wouldn’t do any old song with any artist but history will be made,” was all Madonna would say on the subject. 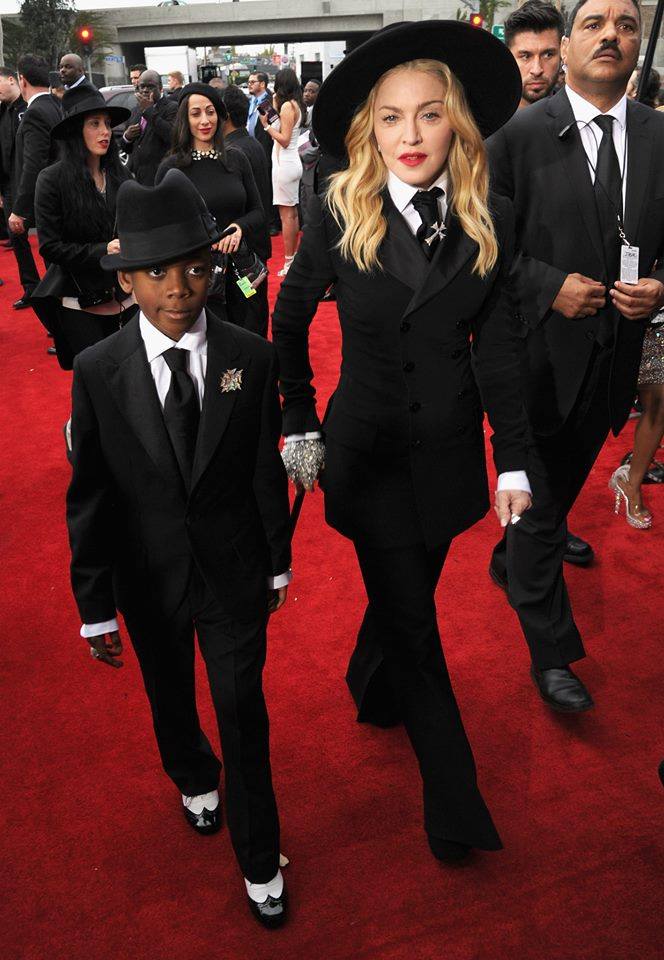 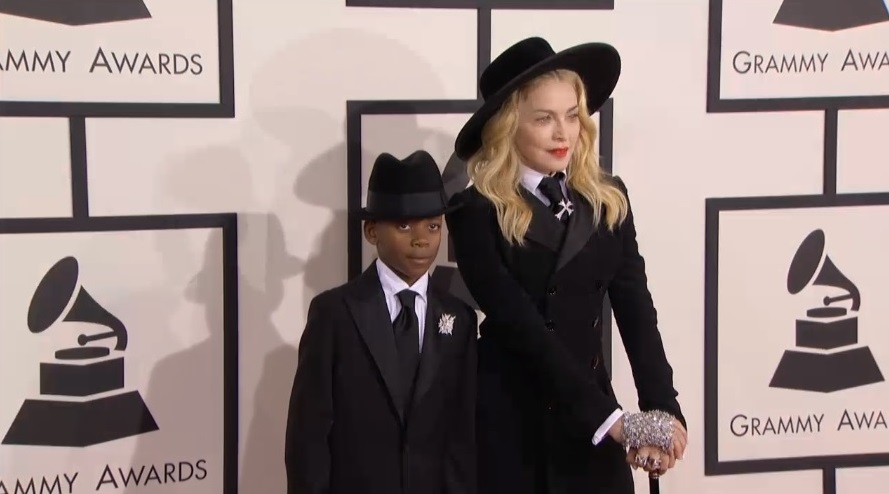 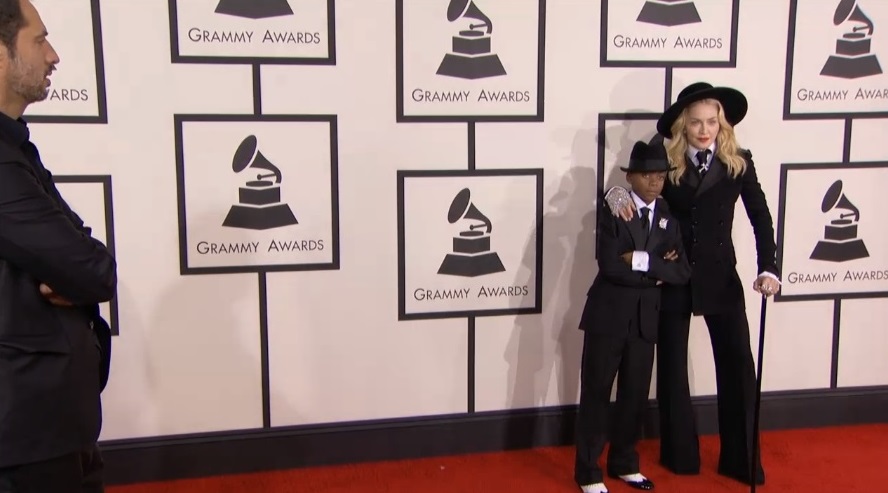 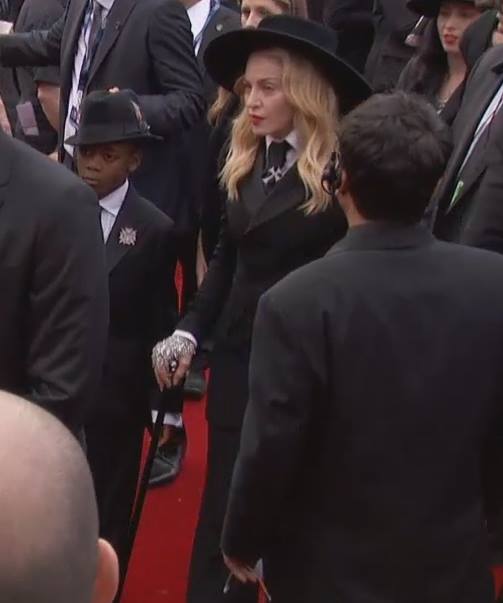 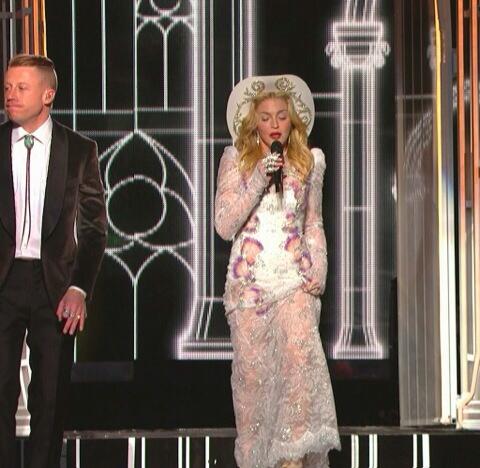 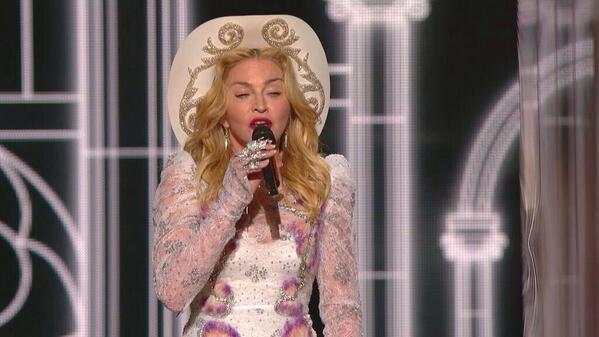 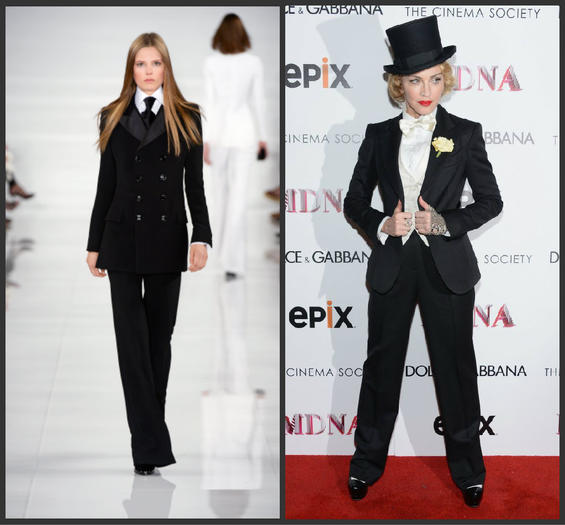 It’s been a banner season for Ralph Lauren on the red carpet.

First he dressed fashion It girl Lupita Nyong’o at the Golden Globes and now he has a lock on Madonna for the Grammys.

And ratcheting up the adorable factor, she will be joined at the ceremony by a mini-me. Her son David will be wearing a Ralph Lauren Boys tuxedo.

Of course, Madonna has never met a tuxedo she didn’t love. She’s been wearing the gender-bending look since her “Vogue”-ing days.

And back in June, the queen of pop made headlines when she attended a screening of her film, “Madonna: The MDNA Tour” in New York, wearing a Tom Ford tuxedo, top hat and tails, and channeling Marlene Dietrich.

What will M wear on the red carpet?

The 2014 Grammys will be a special night, not just for the honored nominees, but also for the 34 couples who will be getting married live on stage at the awards ceremony.

As exclusively reported by Us Weekly, iconic pop star Madonna will be joining rappers Macklemore & Ryan Lewis and featured singer Mary Lambert on stage for a special duet of the duo’s marriage-equality anthem “Same Love.”

But that’s not the only momentous element of the performance. While the group is performing, The New York Times reports that Queen Latifah will officiate 34 on-air weddings, including the wedding of Ryan Lewis’ sister Laura and her boyfriend Alex. (Two sources also confirm this to Us Weekly.)
The Times reported that the featured couples will be “gay, straight, old, young, of many races and colors,” and revealed that they were left in the dark for months about where the special services would be taking place. Per their confidentiality agreements, the couples weren’t even allowed to tell their families.

DJ and producer Ryan Lewis talked with The New York Times about the Grammys, describing them as, “A night that is already tremendous for me, for the music, but to have my sister get married and my family there watching it — that makes it a whole other level of amazing.”

Producers for the Grammys promise this isn’t a simple publicity stunt.

“We don’t need to stoop to the level of trying to find gimmicks and sensationalistic approaches to what we do,” said Neil Portnow, the president of the National Academy of Recording Arts and Sciences.

Watch and stream the 2014 Grammy Awards live online at CBS.com. See the fashions, check out the interviews and more.

LOS ANGELES — At the Grammy Awards on Sunday night, pop’s megastars will compete for the music industry’s most prestigious trophy, and put on flashy performances that are sure to ricochet through social media.

But the producers behind the program, which is to be broadcast live by CBS at 8 p.m., are hoping that the biggest show-stopper of the night will be a much more solemn event: an on-air wedding of 34 couples — gay, straight, old, young, of many races and many colors. The ceremony will be part of the hip-hop duo Macklemore & Ryan Lewis’s performance of their Grammy-nominated song “Same Love,” which became a marriage-equality anthem last year just as that issue was drawing intense national attention.

Madonna at the Grammy Awards tonight!

Are you just as excited as we are? We can’t wait! 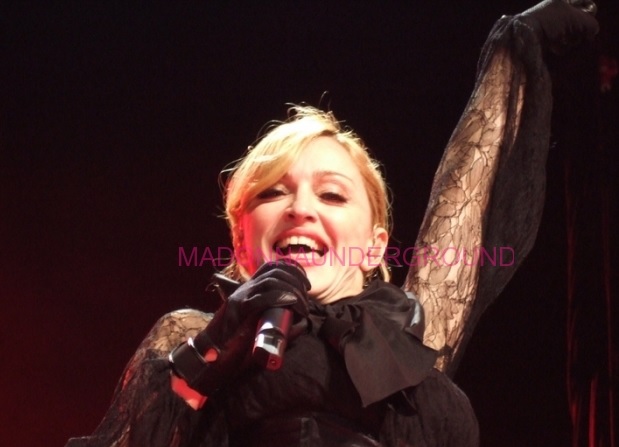 Madonna at the #Grammy #Charities #Signings 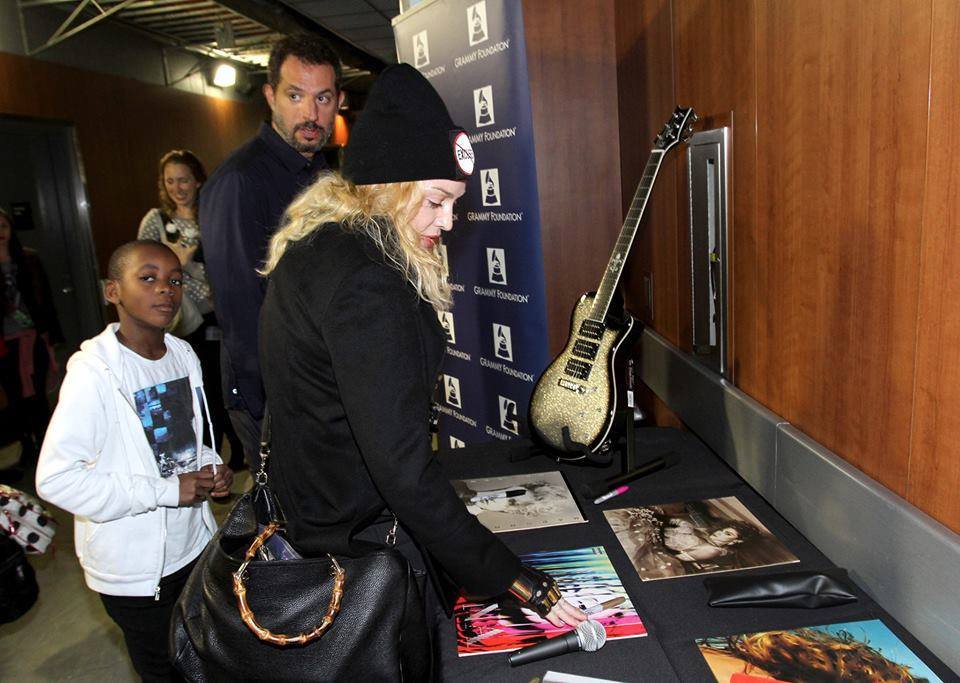 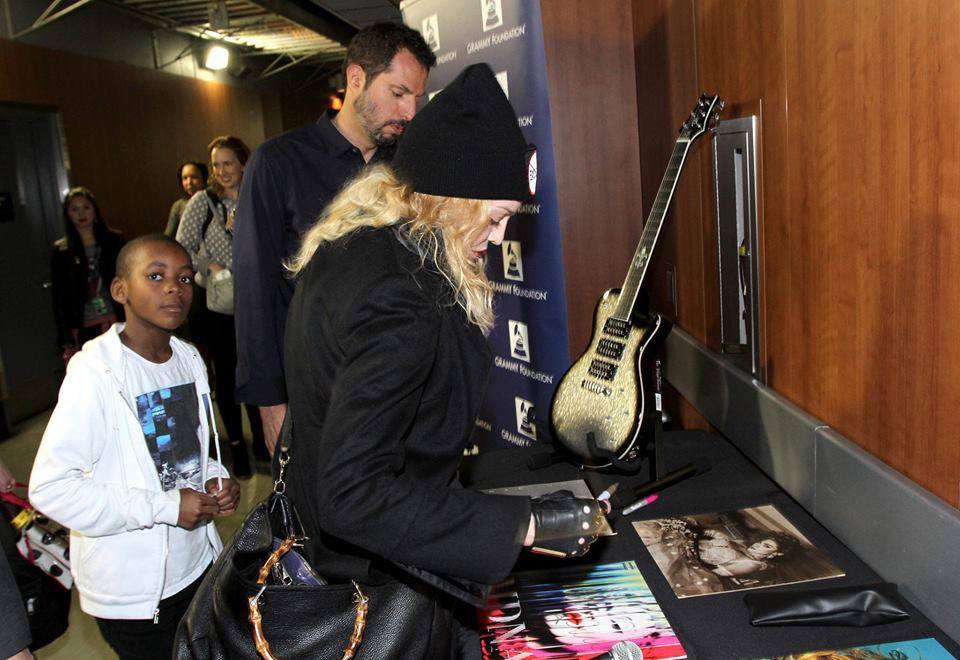 Madonna, Macklemore & Ryan Lewis to Perform “Same Love” Together at the 2014 Grammys

Let the fun begin! The Grammy Awards are well known for organizing surprise collaborations between huge artists in the music industry, and this year is no exception. Madonna and Macklemore & Ryan Lewis will be taking the stage together at the Staples Center in L.A. for the 2014 Grammys, sources confirm to Us Weekly.

Madonna, 55, and 30-year-old Ben Haggerty — who goes by the name Macklemore alongside his producer Lewis, 25 — will be performing the rap duo’s 2013 hit “Same Love.” (Us previously reported the Queen of Pop and gay icon would be providing guest vocals for one of the evening’s nominees. Her appearance was officially confirmed Friday.) “Same Love” is an anthem for LGBT equality and same sex marriage.

The “Material Girl” herself, meanwhile, hinted earlier this week that she would be performing during the live show. “My lips are almost sealed! I can’t say anything more. #itsasecret,” she wrote on Friday, Jan. 24, with a picture of herself covered up in a thin black veil.

She added: “It’s official! I’m off my crutches and I’m looking for the perfect pair of heels to wear to the Grammys.” (Last Thursday, the seven-time Grammy winner sustained a minor injury from dancing in high heels.)

Another Madonna/Avicii collaboration on our way?

The Grammys will be broadcast on CBS and will be available to view via live stream on CBS.com

This year, The Recording Academy and CBS will launch Grammy Live, a VIP and backstage events leading up to the Grammy awards.

Grammy Live will begin Jan. 26 at 12p.m. ET. and will be available to view online via live stream on cbs.com, or by downloading the apps for iOS and Android.