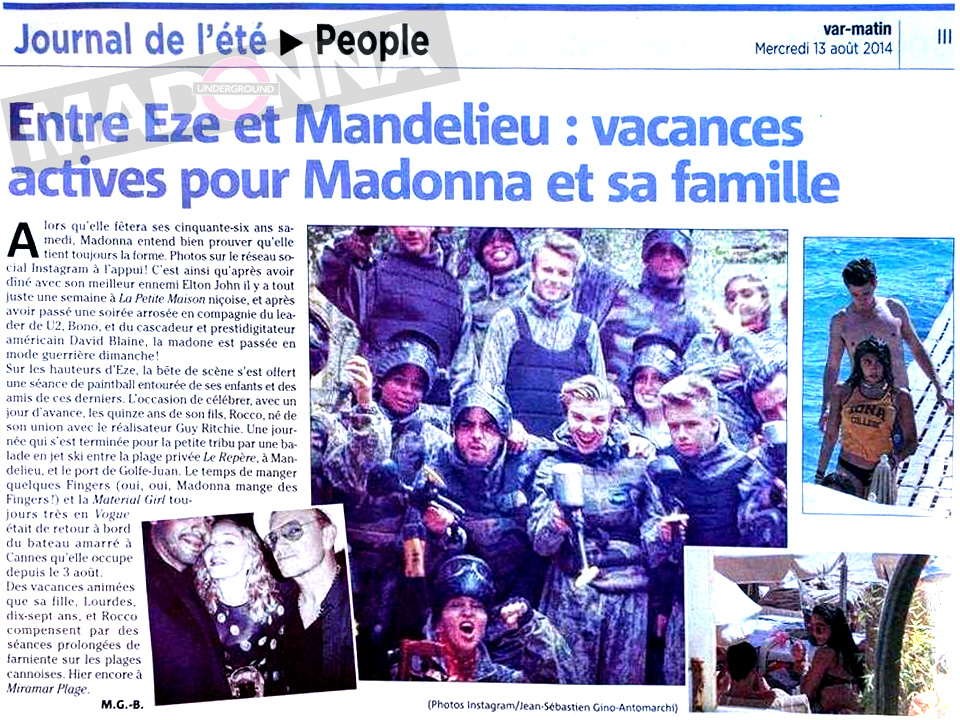 Madonna – 10 styles of an icon

An odd bit of trivia about the passing of Lauren Bacall on Tuesday: As Marci Robin pointed out on Twitter, all 16 of the 20th-century stars immortalized in Madonna’s “Vogue” are now dead. The famous black-and-white music video, directed by David Fincher, is an homage to the golden age of Hollywood.

The song came out in March of 1990; Greta Garbo died just a month later. (James Dean, Marilyn Monroe, and others had already gone, of course.) Bacall, 24 years on, was the final one.

The song was a tribute, of course, to a certain kind of old-fashioned glamour. With Bacall gone, that flame has just about burned out.

Not a baby anymore! OMG where did the time go? Happy Birthday R.R. #livingforlove

What i did for Love! Kissed by a Paintball! #boom #bruisedbitch 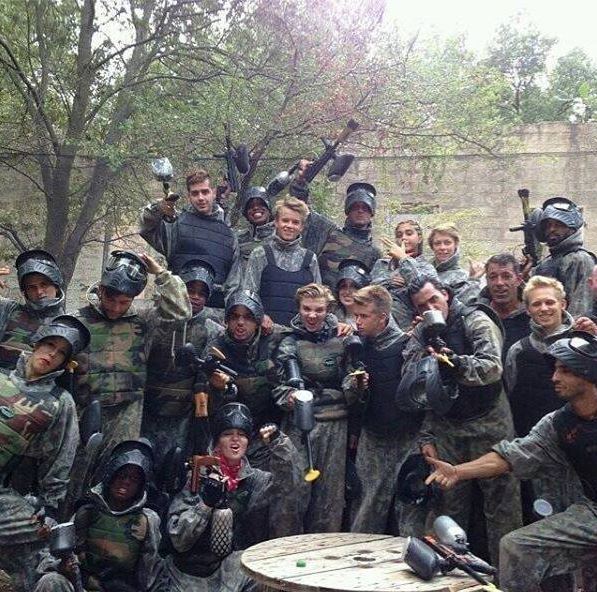 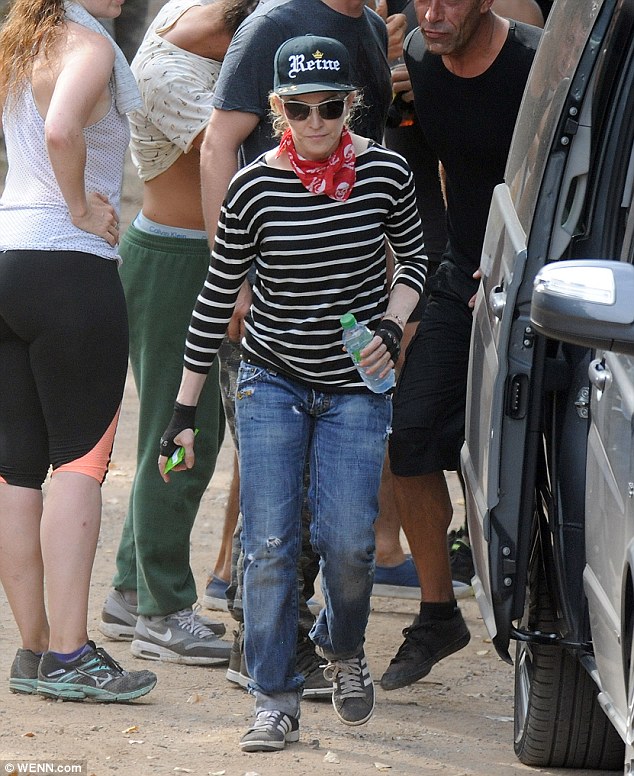 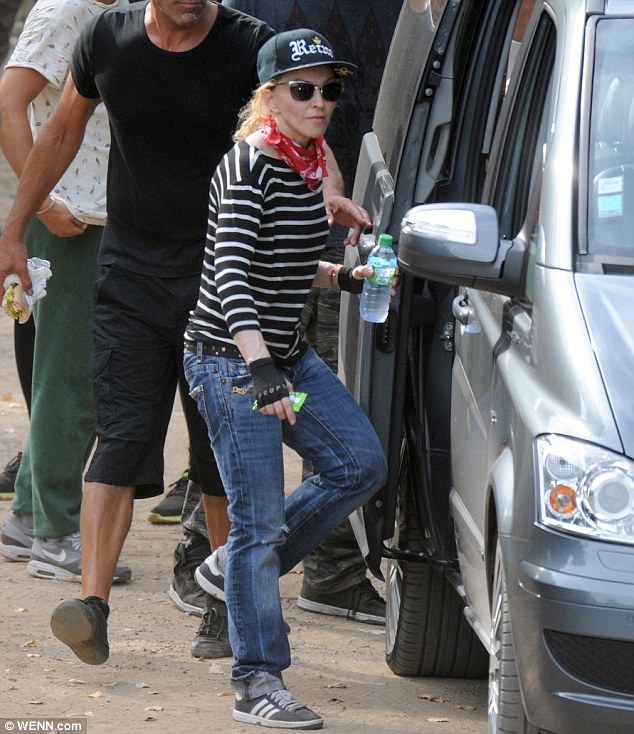 Birthday Shoot out!!!!! No one cheated! #bruisedbitch #boom

She’s got The X Factor: Simon Cowell is ‘desperate to sign up Madonna for live show performance this year’

She holds the crown as the best-selling female artist of all time with over 300 million albums sold to date.
But there’s one thing the Queen of Pop hasn’t checked off her list during her lengthy career, and that’s performing on The X Factor.
Madonna, who has never appeared on any kind of talent show before, looks set to make a change by inking a deal with media mogul Simon Cowell to debut her new music on his flagship show. 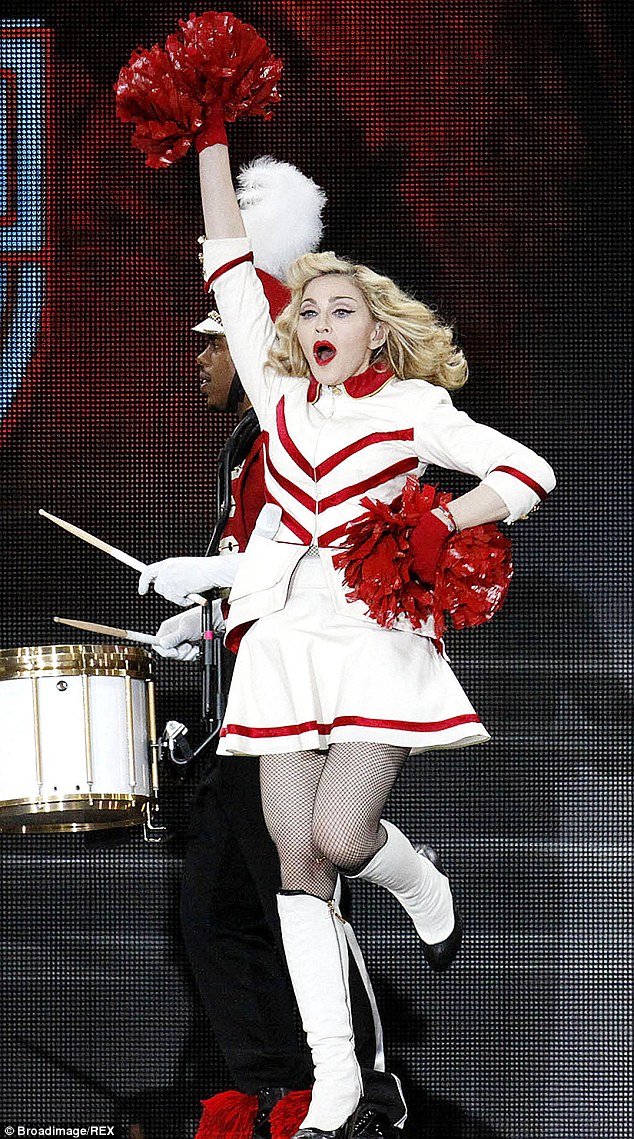 A source told The Sun: ‘It’s looking very hopeful Madonna will perform, possibly in November on one of the live shows.
‘There are a lot of big names releasing music at that time, but she’s absolutely the number one name we are trying to secure.’ 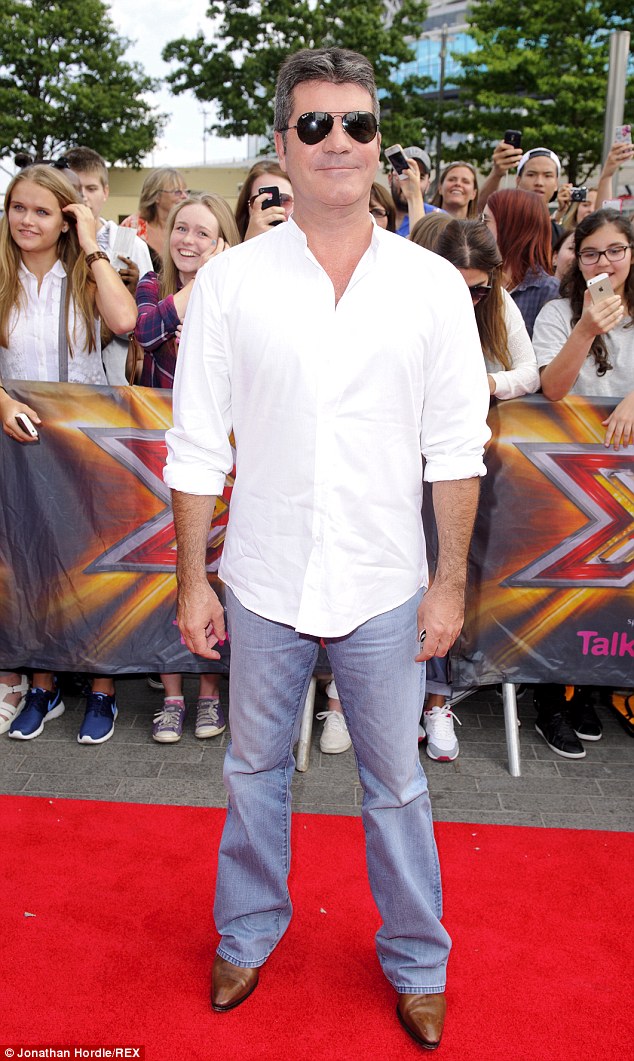 ‘She needs her next album to be a success in the UK and a performance on ITV in front of 12 million people would be the best platform,’ a show insider added to the paper.
The X Factor – which will see the return of head judge Simon, series regular Louis Walsh, fan favourite Cheryl Cole and the new addition of straight-talking Spice Girl Mel B – has managed to secure major musical acts over the last few years.
From the early series where homegrown talent Robbie Williams and Westlife were a staple, to recent years where pop princesses Beyonce, Rihanna and Katy Perry have graced the stage, the talent has been indisputably A-list. 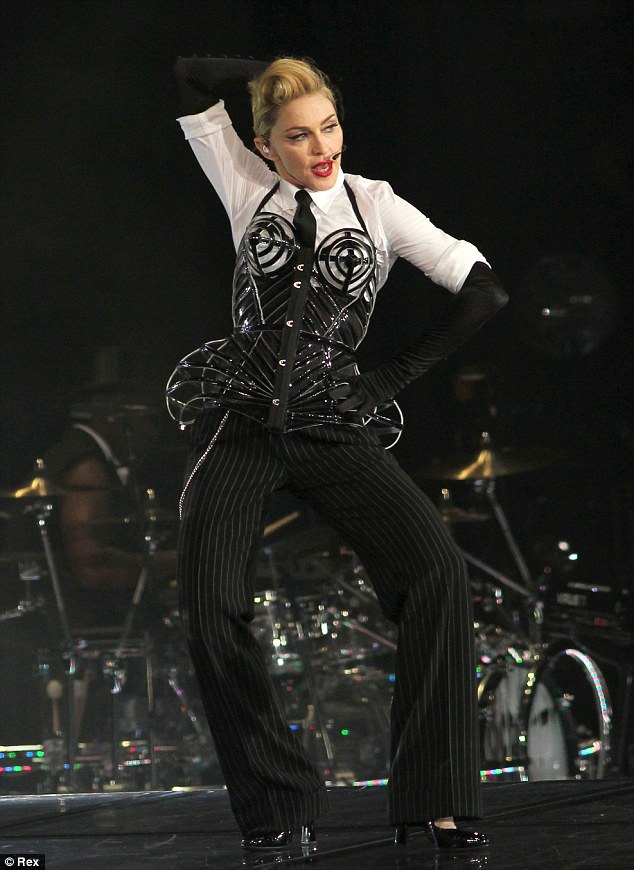 (@Article by Kate Thomas / Pictures by Rex for dailymail.co.uk) 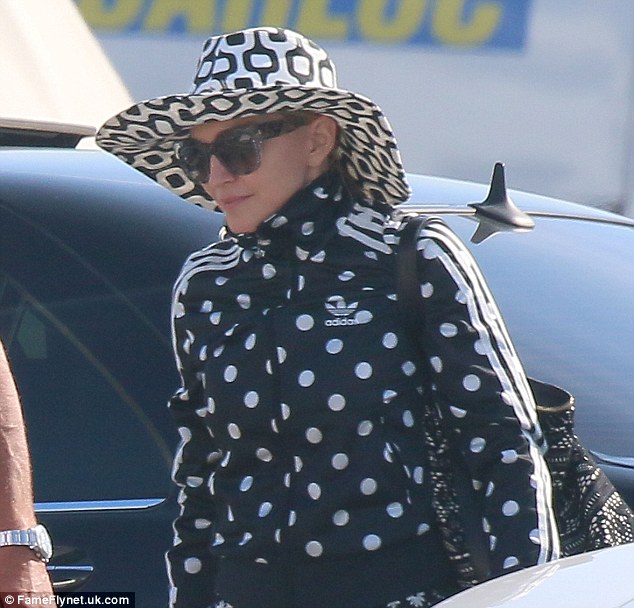 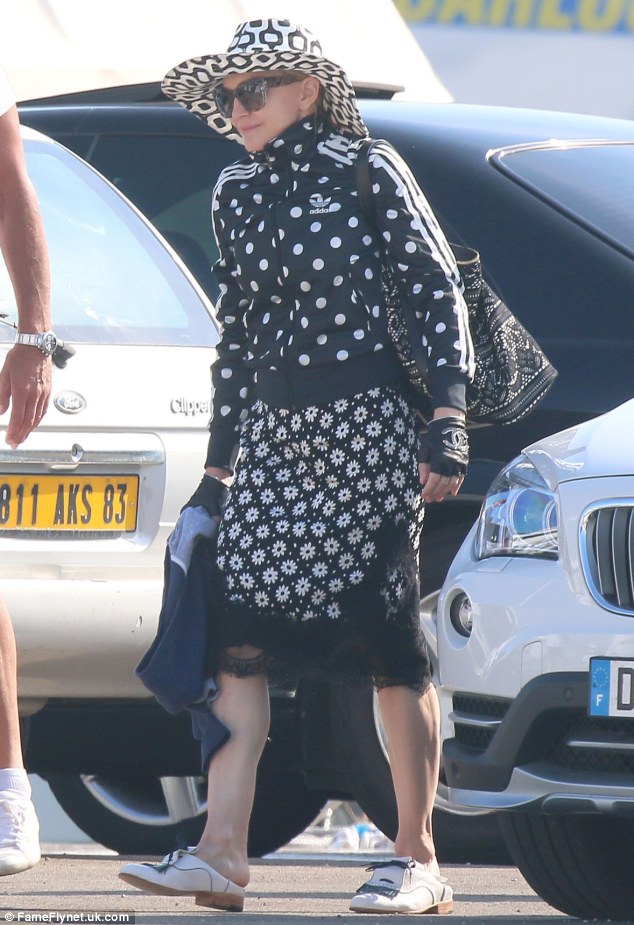 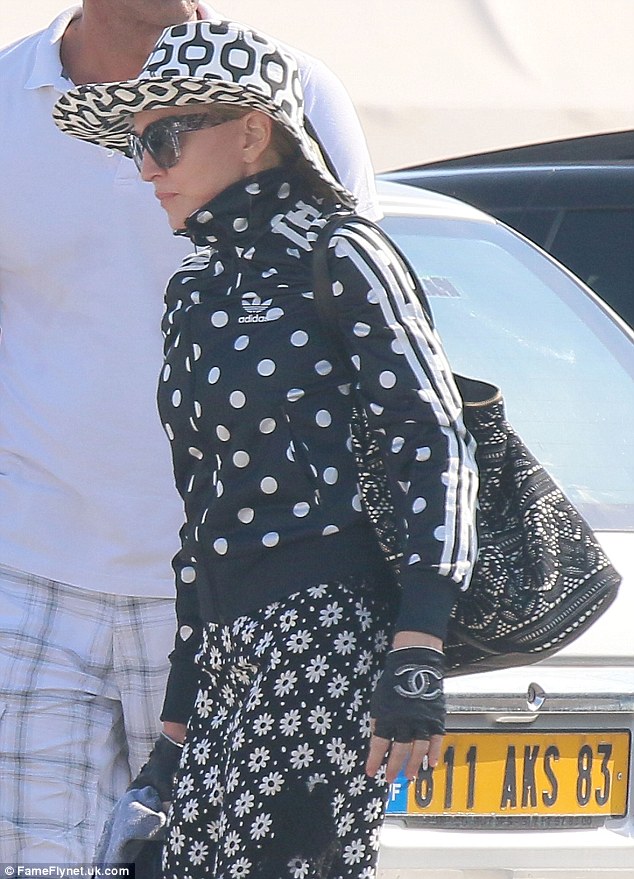 Getting ready for my B-day! Yes we hang our dresses in the bathtub!thanks D&G! #unapologeticbitch 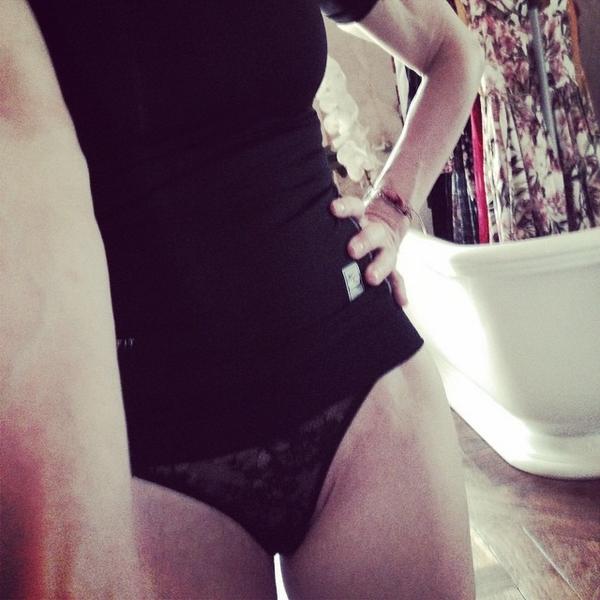 Nicki Minaj sent the world into a tizzy late last month by releasing some pretty scandalous, sexy and definitely NSFW cover art for her new sizzling The Pinkprint single “Anaconda.” Featuring her big booty in full force with nothing but a G-string thong, sports bra and some Air Jordans on, Minaj is now speaking out on the controversial cover… and of course it was inspired by Madonna.

In an interview with Ryan Seacrest yesterday (Aug. 4), Minaj spoke about the cover art, noting that is was a callback to the beginning of her career. She called out the legendary Madonna for being one pop megastar that never shied away from being a little scandalous and unapologetically herself.

“[My manager Gee] was thinking that it may be too over the top, and I said, ‘Well you know, in the beginning of my career, I did pictures like that, I did photo shoots like that,’ and I didn’t want to lose that sense of who I am,” Minaj said. “I feel like one of the people I look up to the most was Madonna, and she’s never stopped pushing the envelope. She’s never stopped taking risks, and I don’t ever want to stop doing that either.”