According to Universal Music Italy another special edition will be released in the “MediaWorld stores” (https://www.mediaworld.it/) with 20 tracks (The deluxe CD + the Dirty Pop Remix of “Living For Love”)! 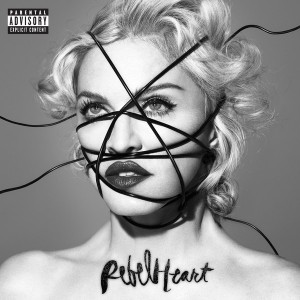 The German edition of Interview magazine is out now. This comes in two different editions. The ‘mask’ one is not included in the German edition. Click HERE for more info 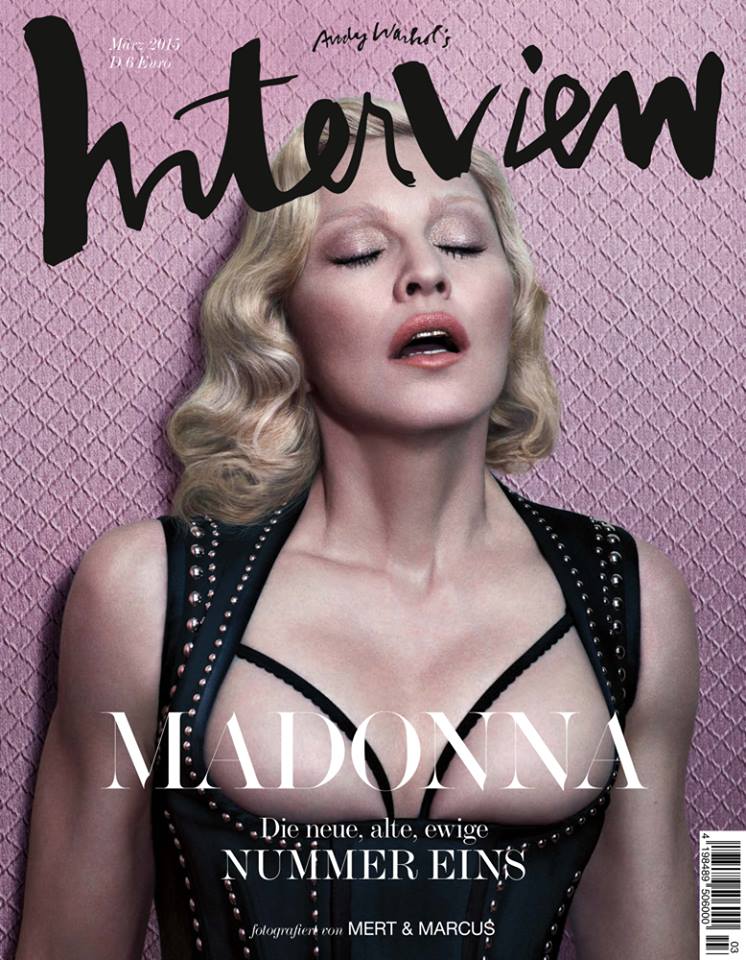 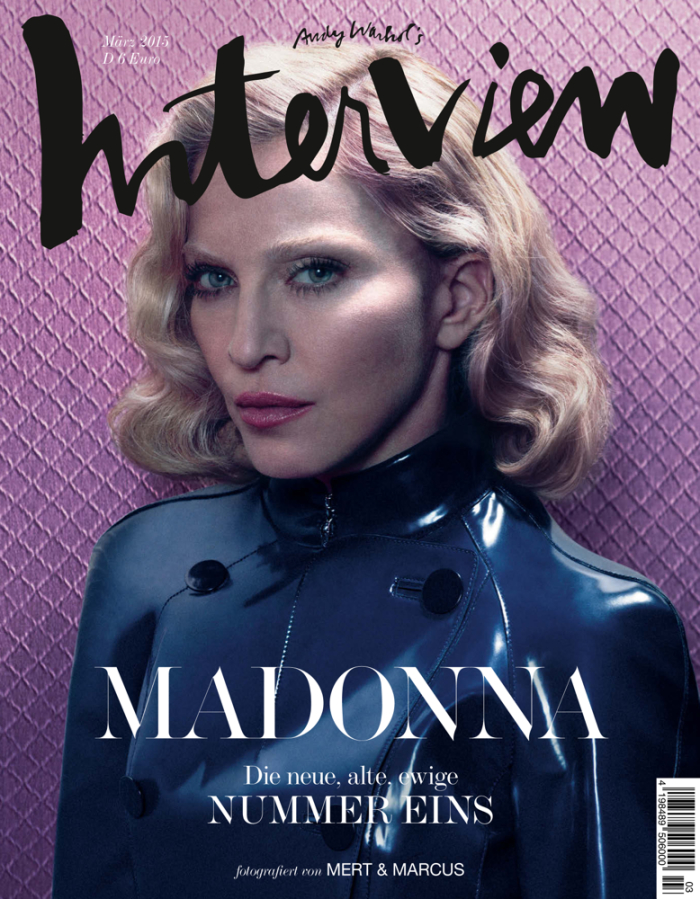 Another Super Deluxe edition in Spain? 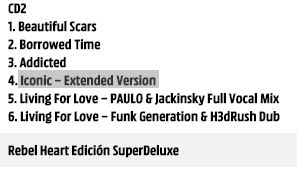 Unfortunately, once again, you can’t order these through the webshop from foreign countries.

For Spanish fans you can pre-order HERE

According to Digital Spy Madonna will sit down with Jonathan Ross for a special taping next week. She will discuss Rebel Heart, as well as perform two songs.

For those who haven’t already pre-ordered the 2 track German CD single to Living For Love through Amazon. You can now also pre-order through Bol.com 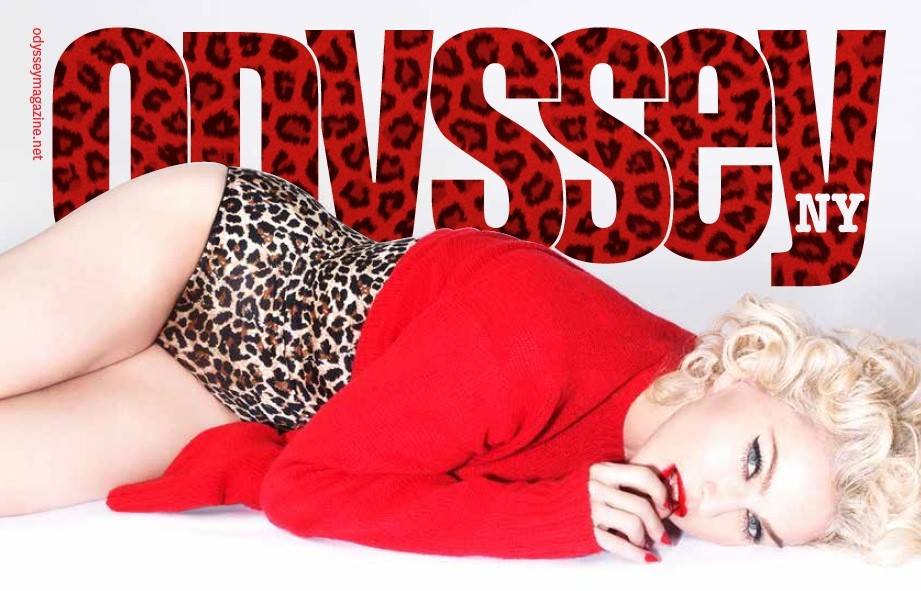 Mr. Ross we meet. again………..see you next week! I might be wearing a different hat! @jrossshow. ❤️#livingforlove 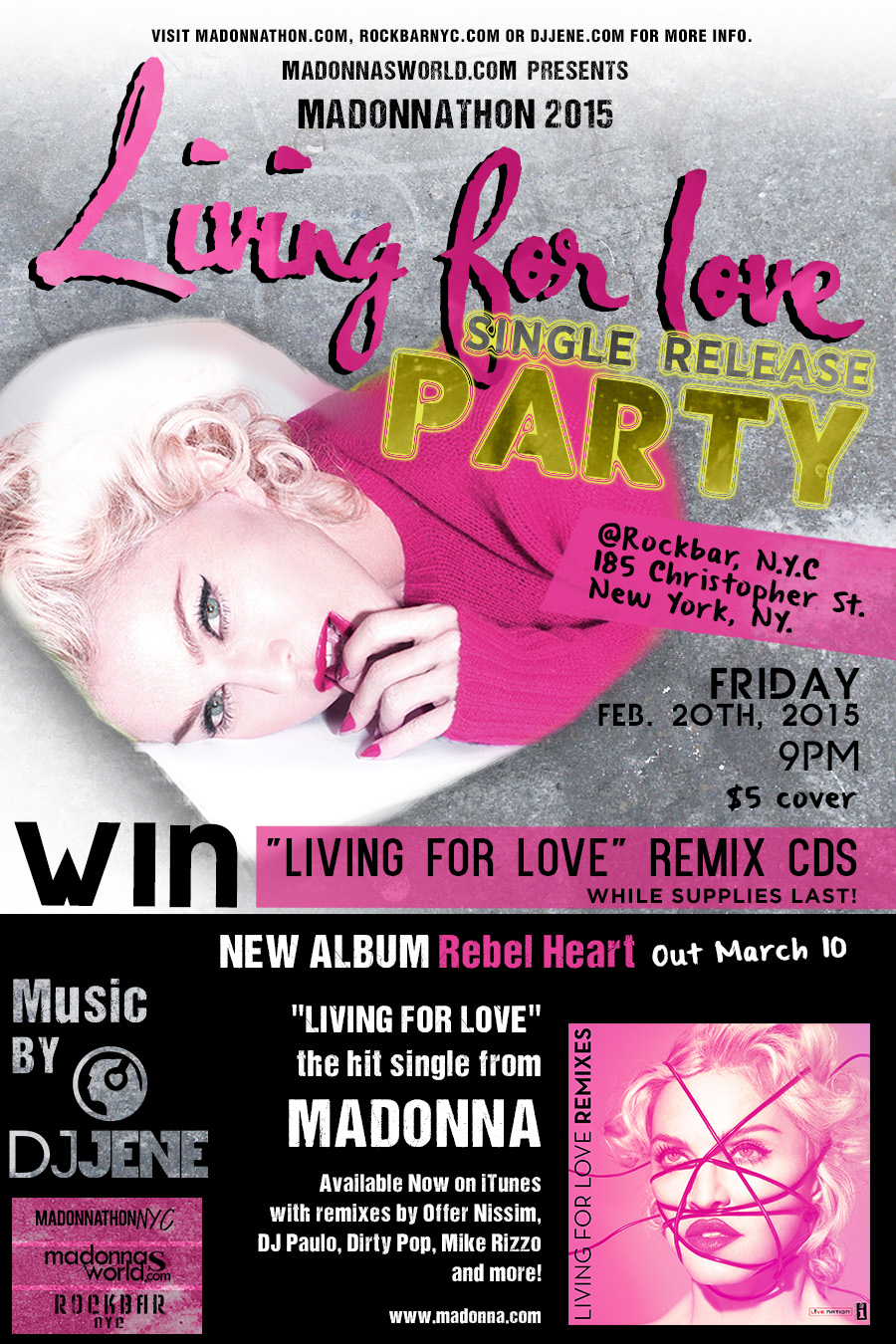 Madonnasworld.com presents MADONNATHON 2015:
Join us as we celebrate the release of Madonnas brand new single “LIVING FOR LOVE”! , off her upcoming new album, Rebel Heart!

*Many special surprises are in store at this event including exciting giveaways all night of Madonnas new single Living for Love, exclusive Madonna CDs, Posters, Stickers and much more !

Music by DJ JENE
It’s all Madonna, all the time.

Madonna Releaseparty ‘Rebel Heart’
Thursday March 5th we are celebrating another releaseparty in FAME Plaza! Rebel Heart by Madonna.
What we know at this point:
-you can purchase the CD from 20.30
-You can register through Event Brite
-Purchasing CD + Event Brite = guarantees entrance
-Party starts at 21.00
-First drink for free
More details and links to follow

The interview that Madonna recorded with Europe1 will air on February 27 at 7:45am local time. Still no confirmation whether M will appear on Le Grand Journal early March. Hope to have more information soon!

German Media Markt confirm the artworks, stickers and bonus track Auto-tune Baby exclusive to their German stores. Unfortunately you can’t order these through the webshop from foreign countries. Keep an eye on ebay, contact a German friend or plan a trip. Media Markt Holland confirmed they will not be able to order German products. But you never know, they might end up in the stores anyway. 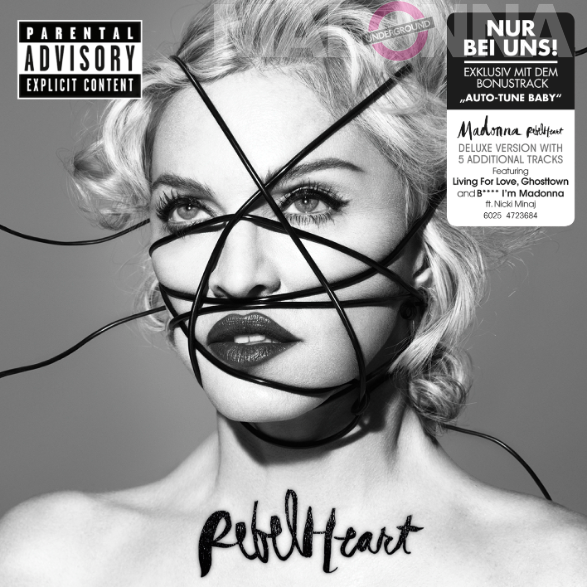 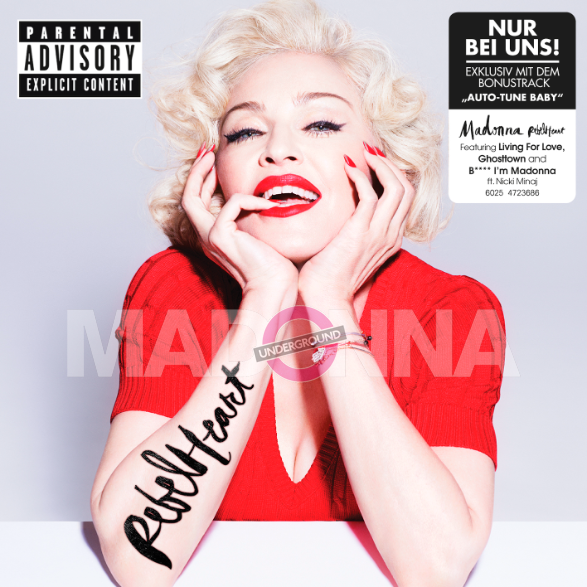 This is the confirmed tracklisting for the Super Deluxe edition that Holland will be getting. This confirms once again the previous tracklisting submitted by Amazon. It appears Autone Baby and Queen, might end up on different versions as bonus tracks.

A small update and reminder regarding the official Dutch release party on March 5th in FAME in Amsterdam:

-CD sale starts at 20.30, FAME told us they will have the regular, deluxe and Super Deluxe edition for sale

-Launch party starts at 21.00 in the FAME cafe, no entrance without a Rebel Heart purchase!

-We are currently working on an exciting goodie, that you cannot miss to have in your collection

-Every separate Rebel Heart purchase counts as a sale, so the more versions you buy, this only increases M’s sales in Holland. Support the unapologetic b**ch and collect all your different artworks!

Madonna to appear on Jonathan Ross?

Will Madonna be making a visit to Jonathan Ross in the UK? A little birdie told us she might, to promote Rebel Heart.

Now Express.co.uk also published an article on her possible appearance. Jonathan Ross said ‘in a few weeks we’ve got Madonna on’. Hold on for definite confirmation soon + date.

These are the official covers to Madonna’s Rebel Heart; the standard version, the deluxe and the Super Deluxe edition. While most countries have confirmed they will be using the ‘red’ cover for the Super Deluxe, it is not known at this point whether the black/white version will surface at all. 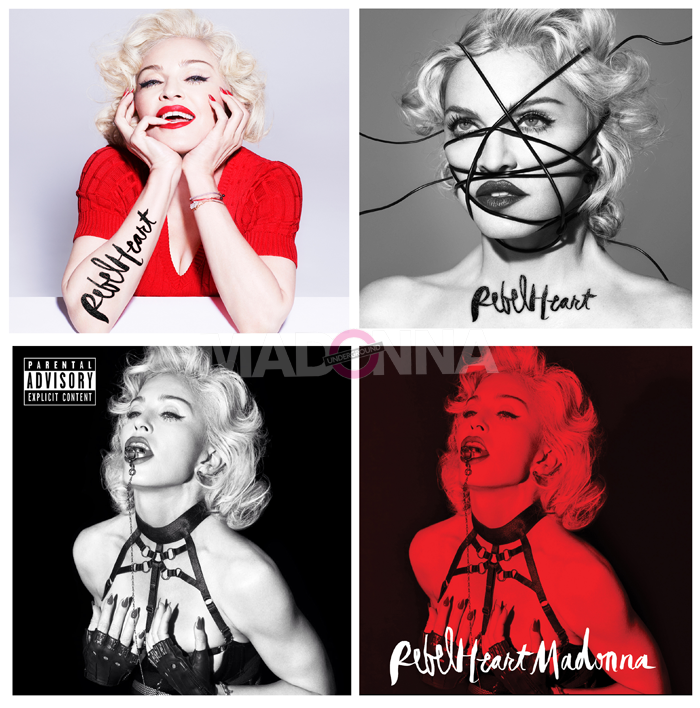 We have been working very hard on this brand new version of MadonnaUnderground and can finally present it to you.

We have had so many requests over the years for a mobile compatible website due to the increase of social media, cell Phone users and iPads. You can see that not everything is online yet, we will update you once certain sections of the old website have been transferred to the new one.

Due to the massive Madonna news regarding Rebel heart we chose to launch this new version asap, so you can still keep up with the latest news on any device whenever you want.

If you can’t fully see this new website, please clear your cache.

Universal France has confirmed that Rebel Heart will go on sale in France on March 6th instead of the planned March 9. Stay tuned for more info on promo.

Madonna Talks ‘Fifty Shades of Grey’ (‘Not Very Sexy’), the Pope and Why the ‘Word Police Can F— Off’

Strutting into Universal’s Manhattan headquarters on a bleak, frigid evening,Madonna looks like a naughty princess come to toss off some knowledge to the peons. It’s an image enhanced not only by her outfit — a form-fitting black blazer with arm poufs; a silver Chanel whistle, hanging low on a necklace; and aubergine-hued lace gloves topped with a diamond skull ring — but also the servant that trails in her wake, carrying an old-timey glass bottle with a black ribbon tied around the neck. It looks like a vessel from a cartoon — it might have smoke billowing out the top and the caption, “Drink to Grow Strong,” but it’s just good old tequila. “We’re playing a drinking game,” announces Madonna, plunking two shot glasses on a coffee table. “If you ask a stupid question, you have to drink a shot. But if you ask an amazing question, I have to drink a shot.” Pause for effect. “I’m the judge of stupid and good, though.”

Madonna never did take a shot, but we didn’t get drunk either. Instead, after unfolding herself on a white leather horseshoe-shaped couch, upon which the 56-year-old often stretched like a cat — the body, as always, is in tip-top shape, and her cool blue eyes never break their gaze — she engaged in a rapid-fire chat about sex, motherhood, religion and Rebel Heart (Live Nation/Interscope), her 13th studio album. A return to pop after 2012’s EDM-flavored MDNA (which has sold 539,000 copies, according to Nielsen Music), Rebel Heart features special guestsKanye West, Nicki Minaj, Nas and Mike Tyson, and producers like Diplo andAvicii. Its tracks are named after her lifelong obsessions, like “S.E.X.” and “Holy Water,” in which she whispers, “Yeezus loves my p—- best.” (Billboard tells her we misheard this as “Jesus loves my p—- best,” at which she dryly remarks, “Whole different context.”)