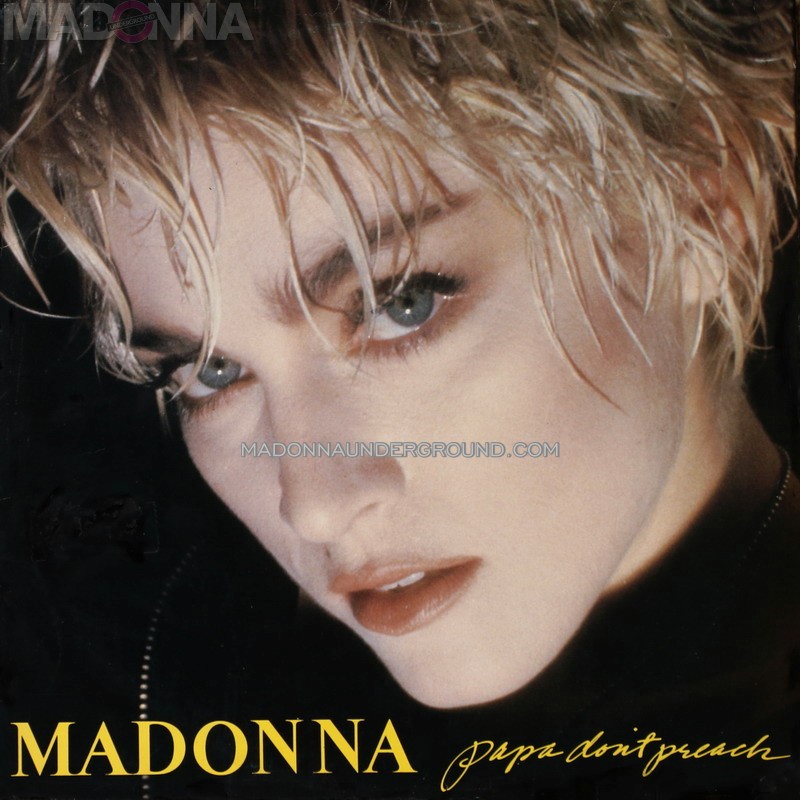 A Tribute to Madonna’s Early 80s Post Punk Past

In wake of a new biopic, we remember what was really happening before Madonna became Madonna.

Universal Pictures just scooped the rights to a Madonna biopic titled Blonde Ambition. It covers the megastar’s rise to fame in New York City in the early 80s. However, Madonna herself is not onboard with the project taking to Instagram to denounce some creative liberties (read: factual discrepancies) taken by writer Elyse Hollander, who Madonna slammed in a since-deleted Instagram post as someone who “should write for the Tabloids. Anyone who supports this film is supporting lies and exploitation. lies have no legs!!” 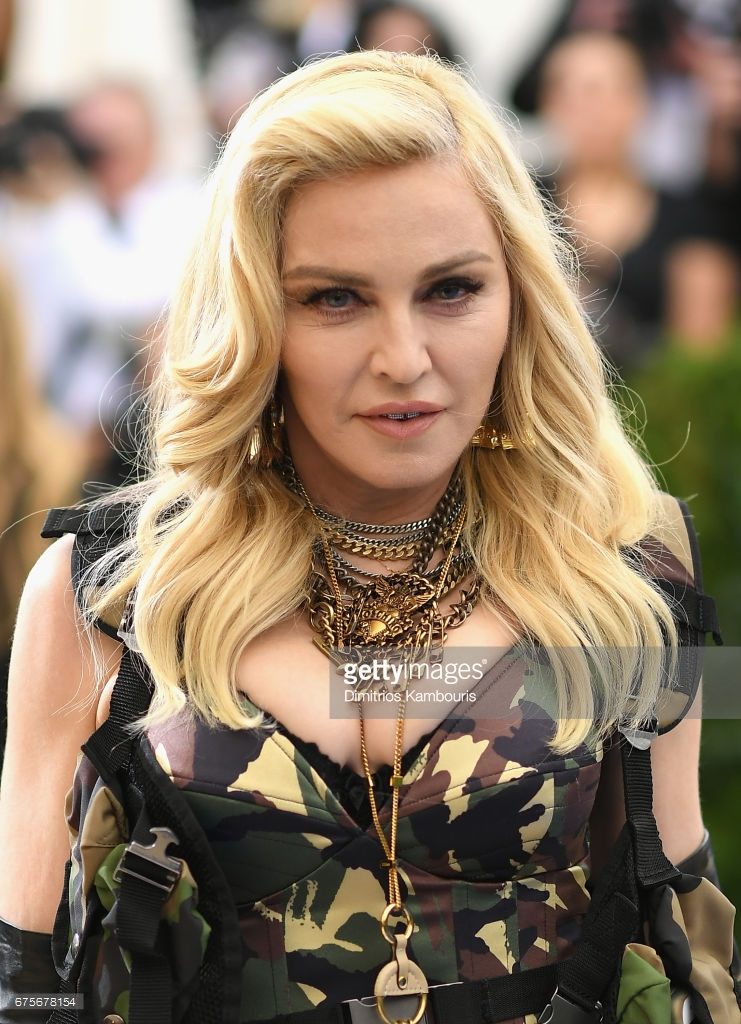 Madonna on Her Army Chic Dress (and Canteen of Rosé) | Vogue 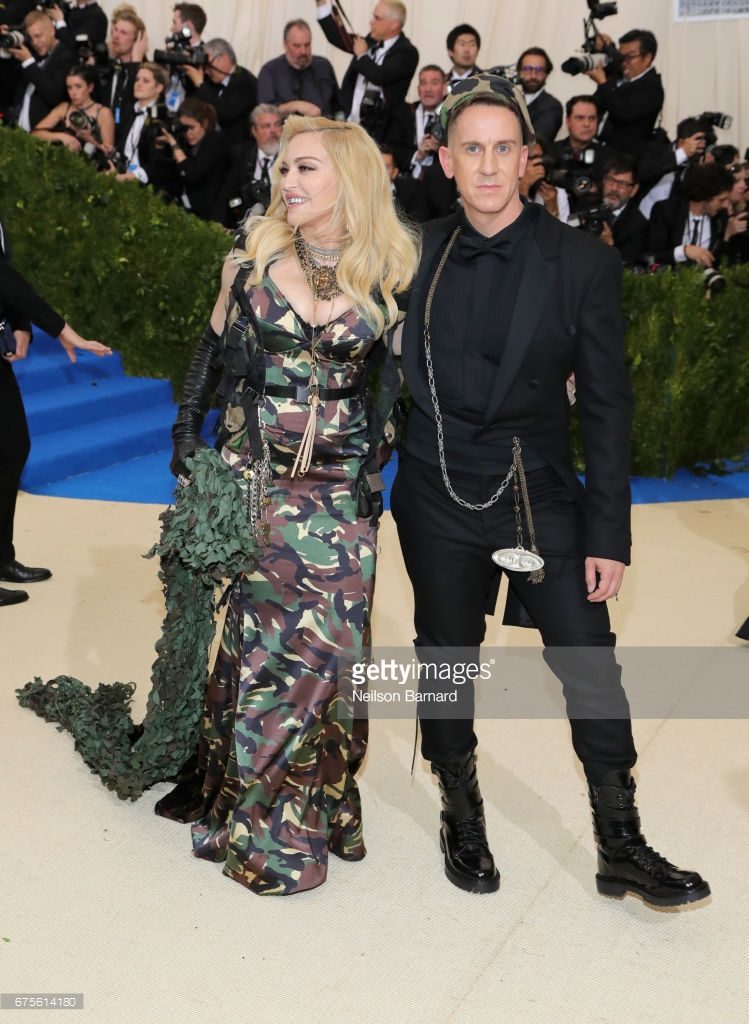 attends the “Rei Kawakubo/Comme des Garcons: Art Of The In-Between” Costume Institute Gala at Metropolitan Museum of Art on May 1, 2017 in New York City. 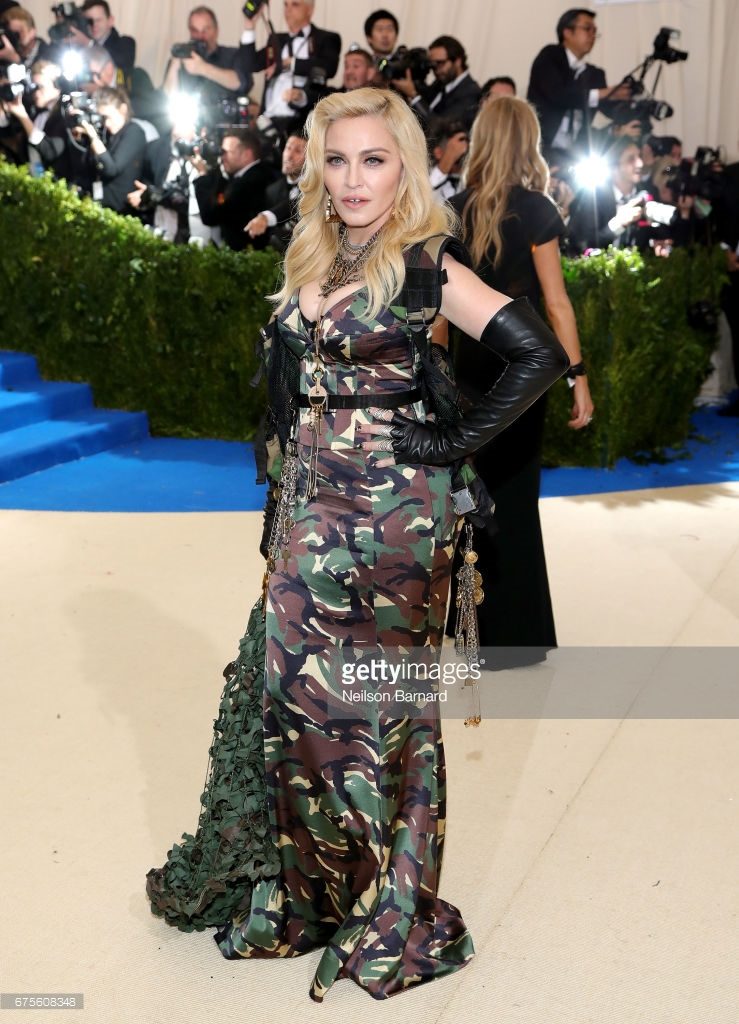 attends the “Rei Kawakubo/Comme des Garcons: Art Of The In-Between” Costume Institute Gala at Metropolitan Museum of Art on May 1, 2017 in New York City.

Madonna getting ready for MET Gala and looking stunning! 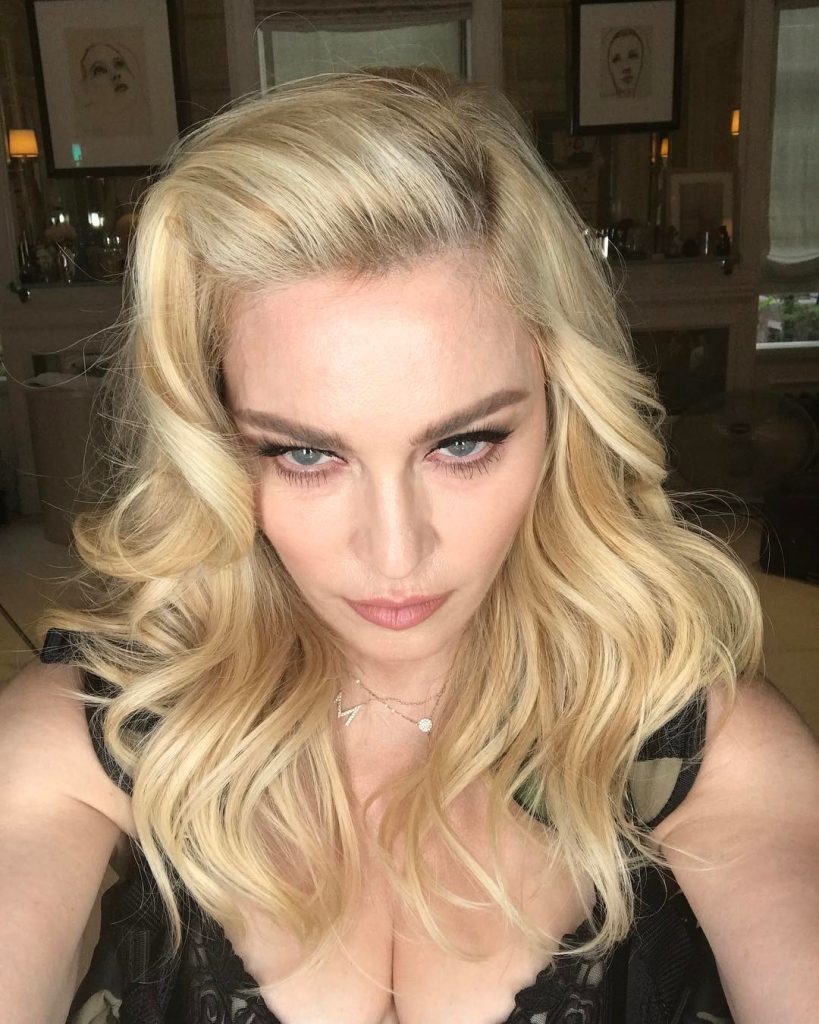 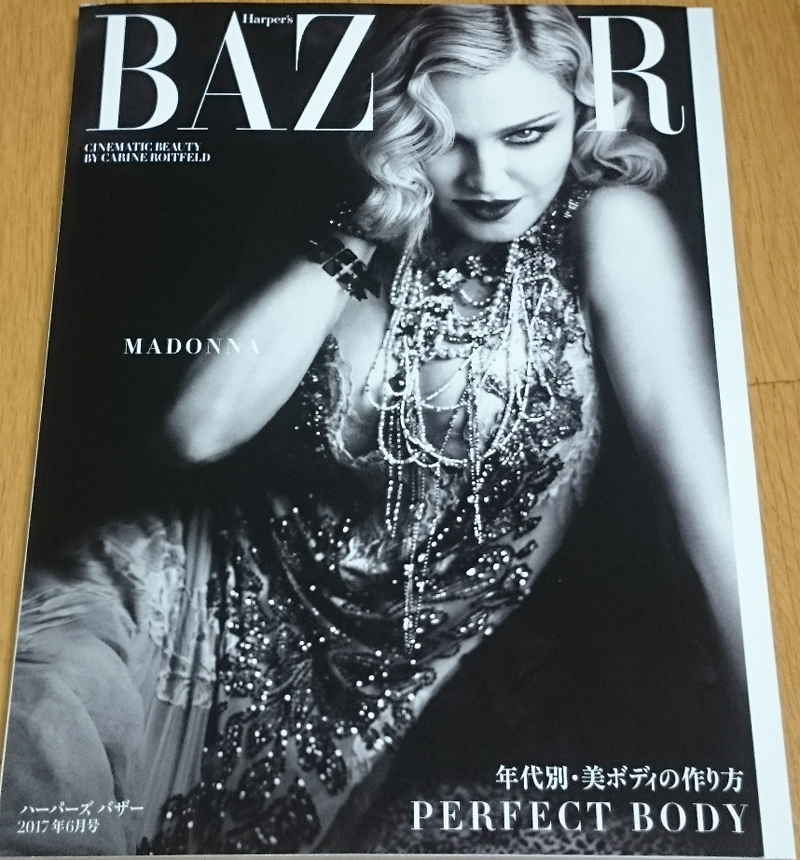 This is an original sales presenter from the U.K., put together to promote ‘You Can Dance’ for retailers.

The sales presenter is a dummy record sleeve that folds open and has no barcode, comes with a high quality Fujicolor printed photograph. Most likely this originally came with additional notes for the upcoming promo campaign, but sadly those are missing from this copy.

A rare item that is almost impossible to get! We have added this to our You Can Dance album promo page (memorabilia section)

There are a few other sales presenters coming up, stay tuned! 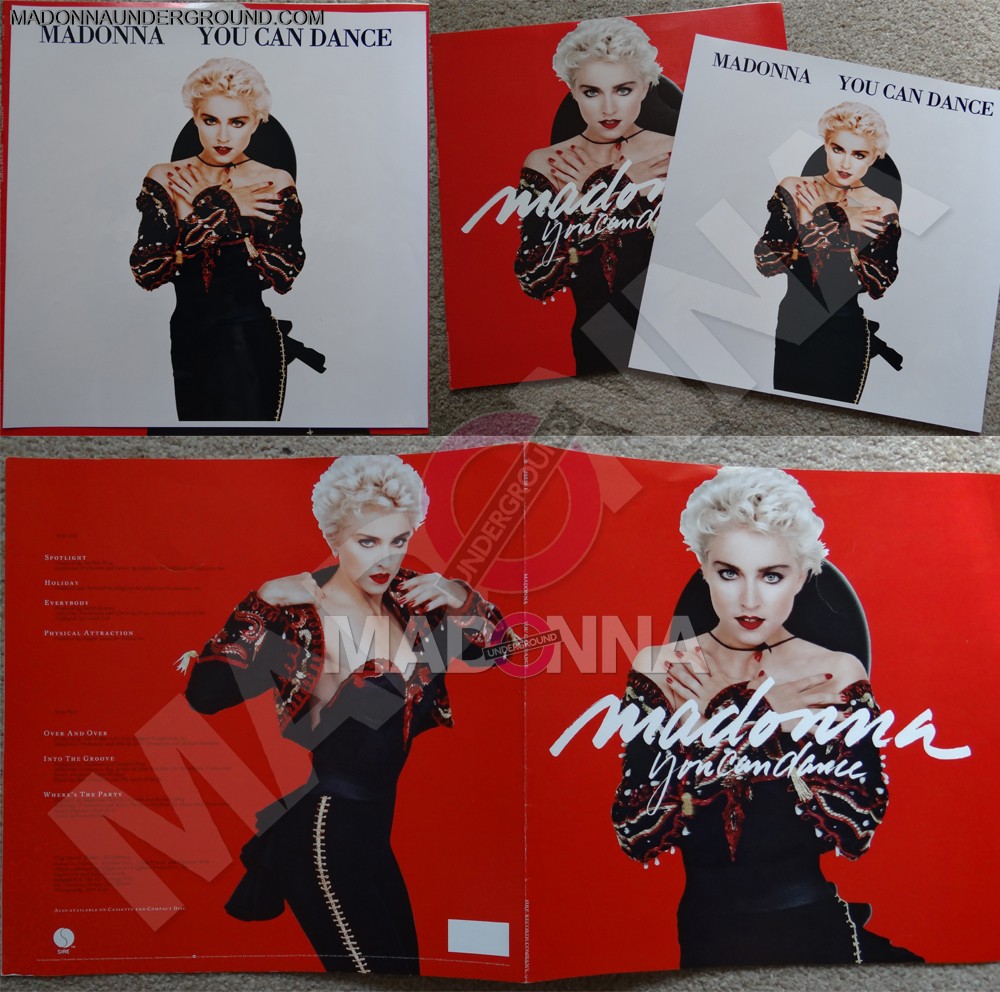 “We are very proud to present our very first cover featuring the wonderful, legendary, incomparable Madonna. We have a 10 page overview of Madonna’s career and explore why the most successful female musician of all time attracts so much negativity – mainly because she refuses to conform to the expectations society has of how a woman should behave”.

On sale next week and you can also subscribe online and have the magazine delivered to your door! www.womeninpop.com/subscribe

Women In Pop is on sale 1 May, and will be available in Australia, US, UK, Asia & New Zealand! 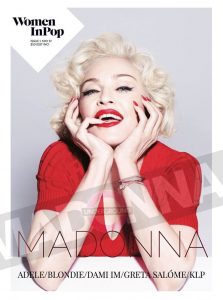 Madonna isn’t too excited about a planned feature movie that will follow her early years as an aspiring material girl in gritty 1980s New York.

“Nobody knows what I know and what I have seen,” she said in an Instagram post on Tuesday. “Only I can tell my story. Anyone else who tries is a charlatan and a fool.”

According to The Hollywood Reporter, Universal has bought the script, and the film’s producers include Brett Ratner’s RatPac Entertainment, and Michael De Luca, who produced the 2017 Oscars; “Moneyball” (2011); and the “Fifty Shades of Grey” movie franchise, appropriate enough considering Madonna’s sadomasochistic forays in her 1992 coffee table book, “Sex.”

The film follows Madonna’s early efforts to break into the music industry, several years after she had arrived in Manhattan from Michigan in the late ’70s as an aspiring dancer. By the early ’80s, after she’d sung in several rock bands, she struggled to get her first album produced.

Her tenacity obviously paid off. That debut album, “Madonna,” released in 1983, produced the hits “Holiday,” “Lucky Star” and “Borderline,” and started her on the path to superstardom.

Messages to Universal, Ms. Hollander and Mr. De Luca were not immediately returned.

Correction: April 25, 2017
An earlier version of this article misspelled the given name of a RatPac Entertainment executive. His name is Brett Ratner, not Bret Ratner.

The discography to Madonna’s first single off of ‘True Blue’ is online!

Live To Tell was featurd in the At Close Range movie, starring Sean Penn (husband at the time), the music video was the first glimpse of a new look and era for Madonna. 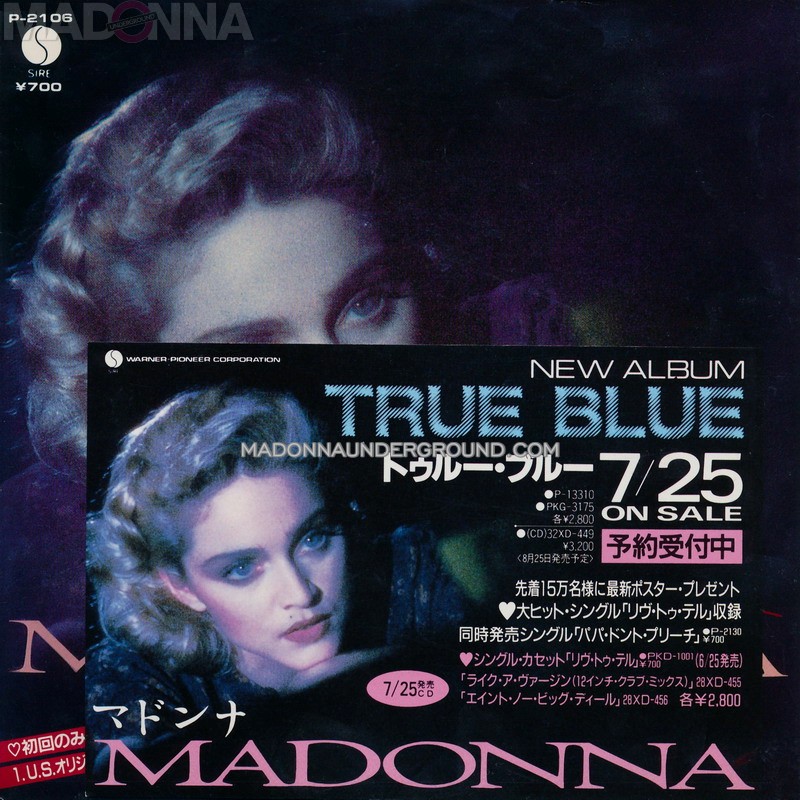 Blonde Ambition, a Black List-winning screenplay about Madonna‘s early years as a recording artist in New York City, has been picked up by Universal.

Three decades later, looking back on the making of the superstar’s debut album

The script, penned by Elyse Hollander, focuses on Madonna’s life in the early Eighties as she works on her debut album while trying to break into a music industry Madonna herself has called misogynistic.

The film will also highlight the Material Girl balancing her burgeoning fame with her love life, the Hollywood Reporter writes.

While it’s unclear whether the project is Madonna-approved, among Blonde Ambition‘s producers is Brett Ratner, who directed the singer’s “Beautiful Stranger” video in 1999.

It’s also unknown whether Universal has secured rights to use Madonna’s early hits like “Holiday,” “Lucky Star,” “Borderline” and other Madonna-era hits.

Blonde Ambition is the second straight music-related script to win the Black List, Hollywood’s annual breakdown of the best unproduced screenplays, and move into the development phase: Bubbles, a script about Michael Jackson’s pet chimpanzee, is also in the works as a stop-motion film, with Dan Harmon producing and Thor: Ragnarok director Taika Waititi on board to co-direct.