The Story Of The Songs: Madonna – Dutch TV January 1 RTLZ

Ten-part documentary series in which we dive into the stories behind the three most iconic songs from a number of world-famous artists and bands. Each episode focuses on one artist or band. We hear from Aretha Franklin, Madonna, Celine Dion and Metallica among others which of their songs have meant the most to them and why these songs have been of great importance to their careers. 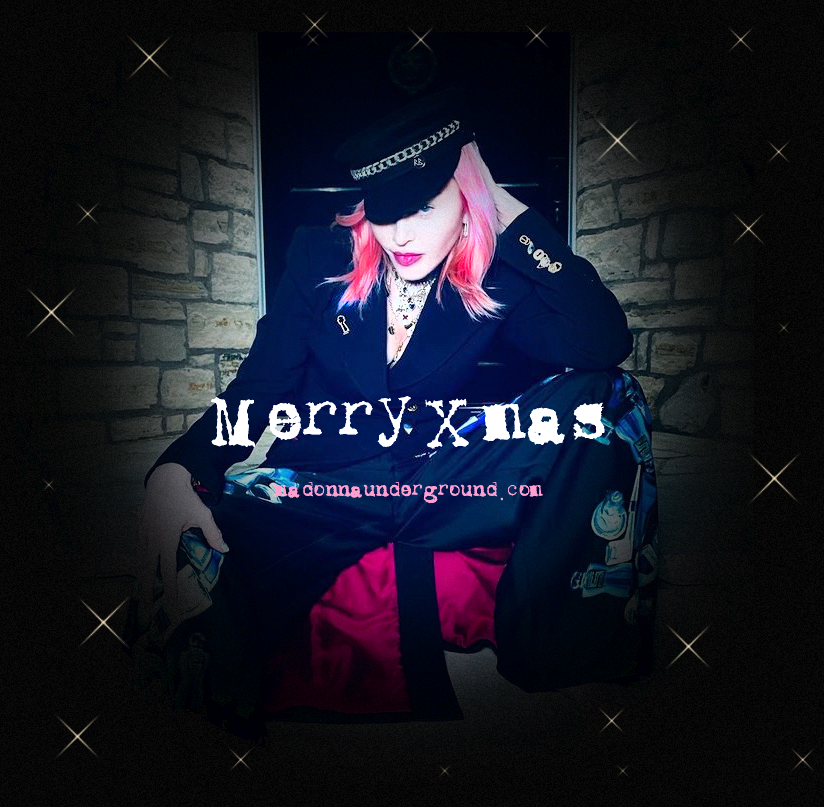 Square chief executive Jack Dorsey, who also leads Twitter, aims to expand and diversify the company, according to the report, which was based on an unnamed source.

Bloomberg said the talks may not result in a transaction.

Jay-Z bought Tidal from Europe-based Aspiro in 2015 year in a deal valued at slightly more than $56 million.

Owners include several other high-profile artists, including Madonna, Rihanna and Jay-Z’s wife, Beyonce.

But Tidal has struggled to compete against much larger streaming services such as Spotify and Apple. The privately-held company had three million paying subscriptions in 2016, when it last disclosed figures.

Jay-Z surprised fans in December 2019 by moving his music catalogue back to Spotify after a two-year hiatus.

Apple in 2016 also reportedly explored a purchase of Tidal to bolster its music streaming offerings. IB

When it comes to pop music eras, Madonna’s Ray Of Light has to be somewhere near the very top. The Queen of Pop has reinvented herself numerous times in her legendary career, but never as fundamentally as she did in 1998. After years of sexy club bangers and shock tactics, the enduring hitmaker embraced spirituality and motherhood on album number seven. The fact that Madonna did it in such an inclusive and accessible way is a masterstroke — and that’s before we get to the music, which captivated the world and earned her four Grammys.

Madonna also proved that 40 isn’t the death knell for pop artists. The ground-breaking icon doesn’t get enough credit for literally elongating the careers of all the women that came after. Instead of age being a commercial handicap, she made it a selling point. Now for the music. From the title track and “Frozen” to deep cuts like “Sky Fits Heaven” and “Skin,” Ray Of Light is a perfect record. Even “Shanti/Ashtangi” goes harder than it has any right to! Revisit the iconic, still-unmatched era by clicking through our gallery up top.

Madonna rolled out “Nothing Really Matters” as the fourth single from Ray Of Light in early 1999 and she had every reason to expect another huge hit. After all, the philosophical club-pop banger sums up the marriage of electronica and spirituality that shapes the Queen of Pop’s 7th album better than any other. “When I was very young, nothing really mattered to me but making myself happy,” she begins over William Orbit’s icy synths. “I was the only one, mow that I am grown everything’s changed.”

“Nothing really matters, love is all we need,” Madonna belts on the catchy chorus. “Everything I give you all comes back to me.” When you factor in a glamorous, now somewhat-problematic Memoirs Of A Geisha-inspired video and a blistering performance at the Grammys, all the elements for a smash were there. Bizarrely, radio refused to play along and a delay in releasing a physical single resulted in a chart peak of number 93 on the Billboard Hot 100. Which seems impossible for a mantra of this depth and quality.

“It’s a song about the realization that the only thing that matters in life is loving people,” Madonna said in a 1998 interview. “There’s a line in the song where I sing ‘nothing takes the past away like the future.’ I truly believe that no matter what you’ve done in your life, no matter how bad you perceive it to be, you can always change where you are.” In many ways, Ray Of Light is a miracle of a pop album. The fact that Madonna could ponder the profound in such an accessible way is still a mesmerizing act of alchemy.

Revisit the glorious, bitterly-underrated “Nothing Really Matters” below. 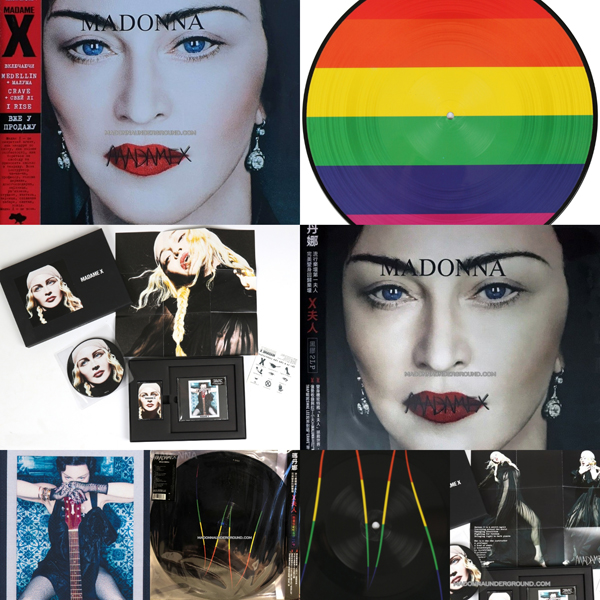 We have updated and restyled our MADAME X discography page.

New layout makes it easier to see what editions have been released, we decided not to include any bootleg items.

In total we have included 39 pressings for you to view. 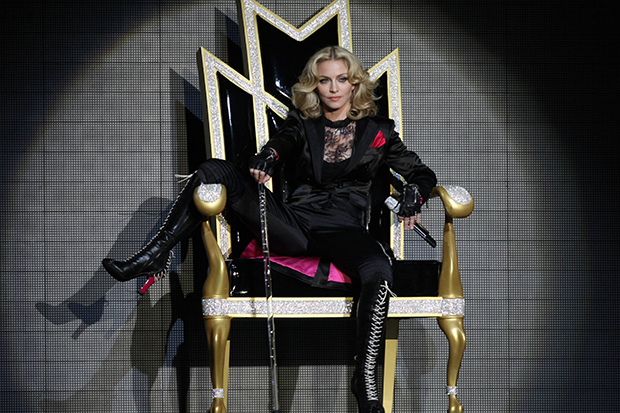 Britney Spears – Me Against The Music (feat. Madonna) 4K remastered

Do You Love ‘Matches’? Here Are 5 Other Britney Collaborations to Listen to Right now

3. “Me Against the Music” Featuring Madonna

“Me Against the Music” is one of Spears’ earliest collaborations and she knocked it out of the park, getting Madonna — the Queen of Pop herself — to sing on the track and record a music video for the song.

The song was featured on Spears’ In The Zone album, which was released in 2003. According to the New York Daily News, it was Spears’ idea to get Madonna on the track, which ended up being the first single of Spears’ fourth studio album.

“She’s like my godmother. When I’m around her I feel very safe, and there are few people I feel that way around. And she’s friggin’ Madonna!” Spears told the outlet.

Of course, who could forget the kiss-heard-round-the-world at the MTV VMAs that aired a few months before the song was released?!

How did you become Billboard’s number one remixer for Madonna?

My first Billboard #1 Remix was for Kristine W (“Love Is The Look”) in 2009. I had released my debut original artist single in 2007 with Chus and Ceballos’ Stereo Productions. I’ve been remixing and producing ever since and have remixed dozens of records for many different artists including working with Nelly Furtado, Timbaland and Deborah Cox. The goal has always been to get on one of the top pop records in the world, and my favorite pop artist has always been Madonna, so when the opportunity finally came beckoning to work on the #1 pop album in the world, it just so happened to be Madame X and I could not have been more thrilled.

The album made such a deep connection with me and my life in 2019. I don’t know how it worked out so perfectly but I really feel like it was meant to be. I remixed “Medellin” first, but got it done just a few days too late for her approval, so I skipped remixing “I Rise” and began working on “Crave” immediately so that I’d have enough time to get it done the way I wanted and submit it on time.

My “Crave” remix became the first mix to get approved by Madonna on “Crave” so I was really delighted and personally felt really accomplished. The record went multi platinum and #1 on Billboard as well as #1 worldwide, so it is a career highlight for sure. The song also related perfectly to what I was going through at the time. I was in a really difficult relationship with someone who was “very dangerous for me to crave”, which is exactly what the song is about! I also had multiple connections back to Madonna and the album, as some of my closest friends also worked on that album and tour with her, so it was just a really amazing, humbling and reflective experience. My Madonna story is a good one and its rather long, I suggest listening to my interview with MLVC: The Madonna Podcast for anyone who wants the full story with all the juicy backstage and behind the scene anecdotes.

‘Rescue Me’ Remixes EP now available on all digital platforms 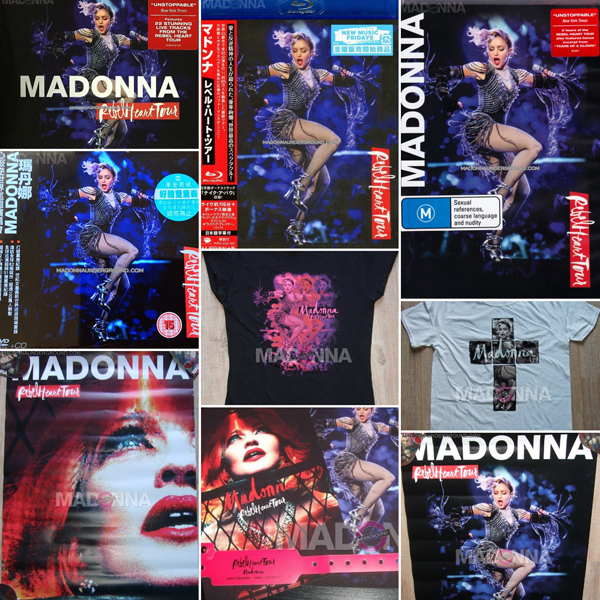 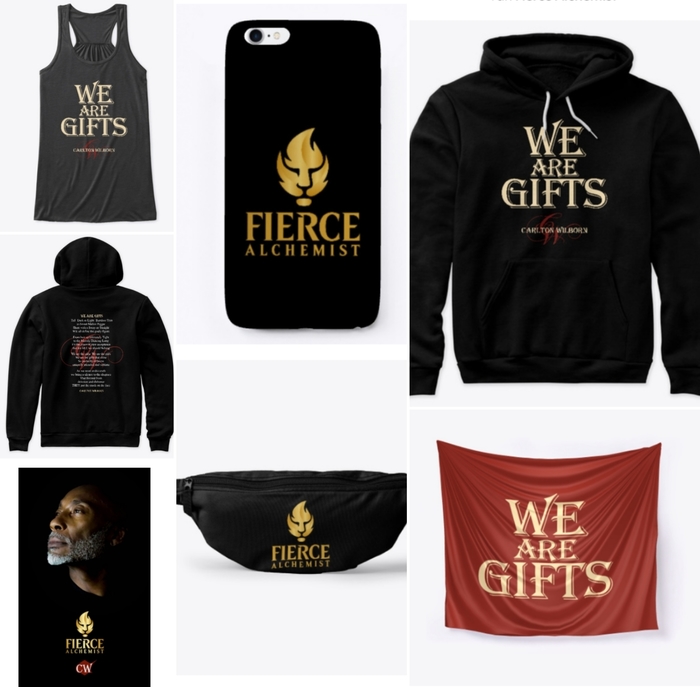 With the launch of this store Carlton Wilborn, celebrates the power of Swaggy Merch, to activate people into more Freedom, Courage and Healing.

Are you ready for some serious Christmas time shopping? 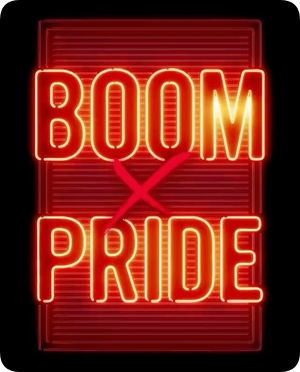