The 2018 Madonna Fan Party event will be on Saturday 3rd March, to mark the 20th Anniversary of Ray Of Light – taking place 20 years to the day that this legendary album was released.

The event will kick off with the exclusive Ray Of Light Video Album, so please make sure you make plans to attend from doors opening.

Madonna Fan Party events attract all of Madonna’s biggest fans from all over the globe in a friendly, welcoming environment. We pride ourselves on the atmosphere – check out our Instagram for the hundreds of positive reviews we’ve had! Many people do come alone – if that’s you, feel free to send us a message in advance so we can arrange for you to meet up with other fans before the event starts.

As usual Madonna’s Team and G-A-Y Late will ensure entry to the event is free, with doors opening at 2.30pm and the event running until 10pm.

We have exciting contributions for this, the 29th Madonna Fan Party event.

SCOTT WALKER, widely known in the Madonna Family for his iconic Madonna t shirt designs, will be producing t shirts exclusively for this event. Further details to follow on how you can buy one of these awesome items in advance!

DJ NICK SHEPHERDSON from G-A-Y will be providing some mixshow sets during the event including some of your favourite Madonna remixes.

This will be our 2018 event, and we rely on your attendance to keep the Madonna Fan Party events going. Thank you all for your loyalty and making the effort these past 15 years. We can’t wait to welcome you in March! 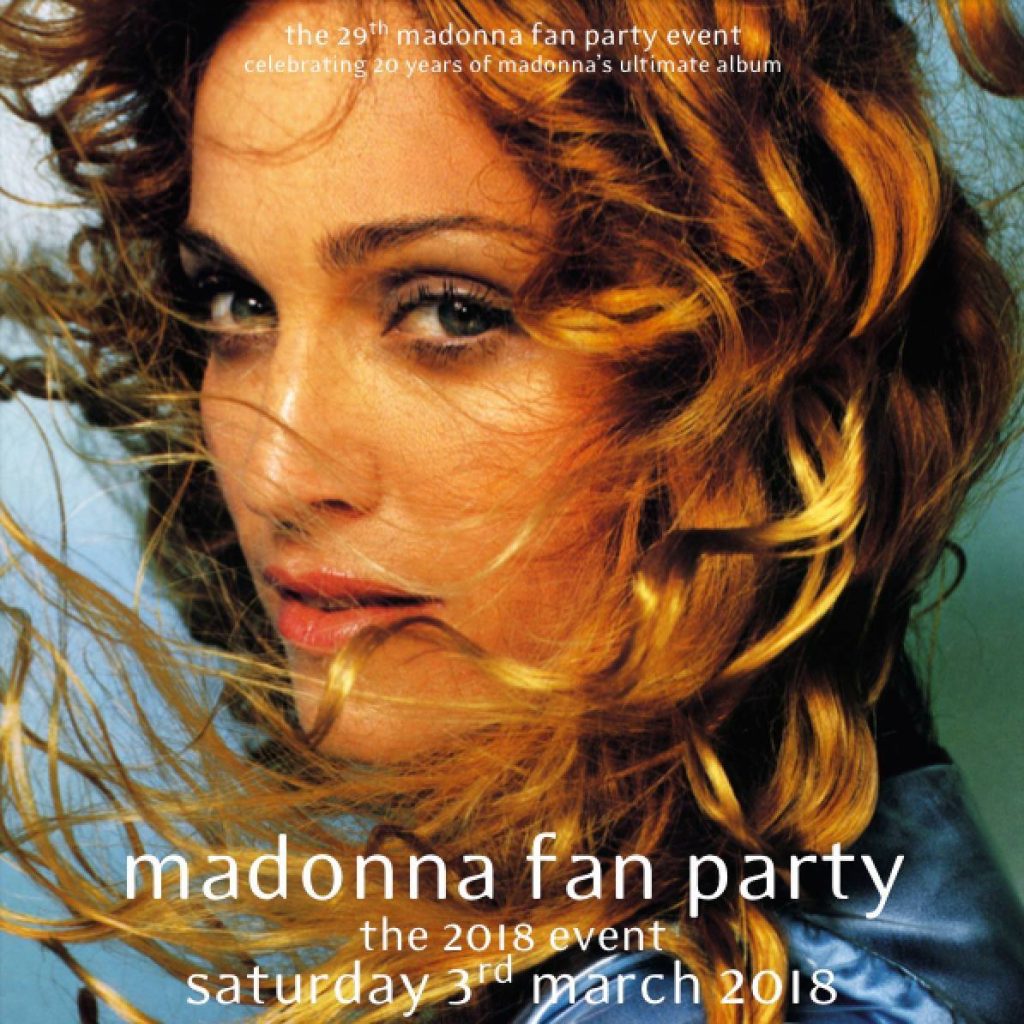 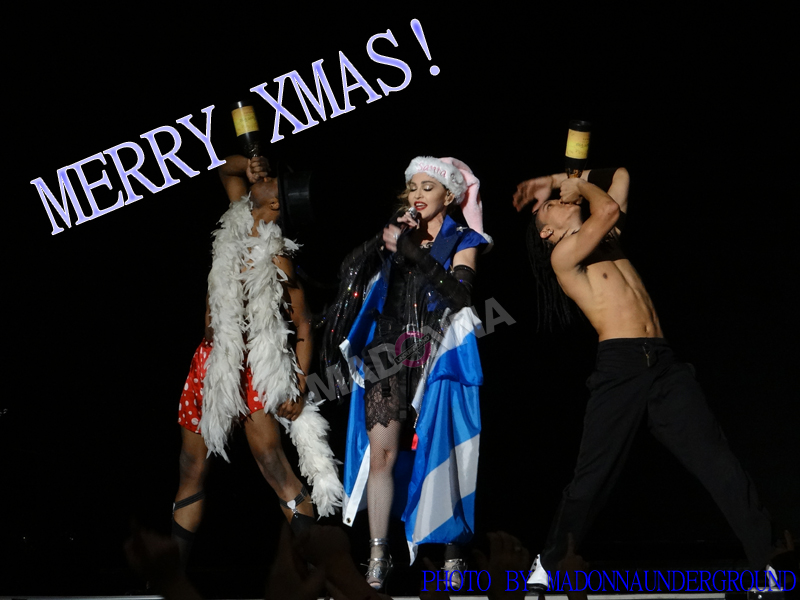 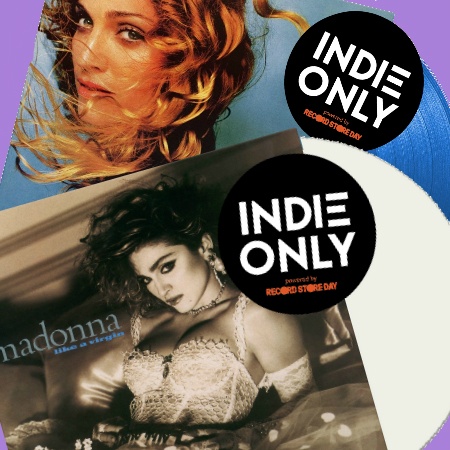 Two exclusive ‘Indie Only’ releases of Like a Virgin on clear vinyl and Ray of Light on blue vinyl will be available at independent record stores. These issues that have already been available through Sainsbury’s, Fnac, HMV Japan and Amazon will now be available in Holland from January 12 too. We don’t know if a different sticker will come with it for the collectors among us. Niki Haris was at Madonna’s side through the queen of pop’s many transformations from the mid-1980s through the dawn of the millennium. She was onstage for the “Who’s That Girl” tour, in the film “Truth or Dare” and in the iconic “Vogue” music video, singing and dancing with Madonna up through the “Ray of Light” era.

She left to focus on motherhood and on a solo career that brings Haris to the JAS Cafe this week for her two-night, four-show Aspen debut with the James Horowitz Trio.

The lessons she learned at the top of the pop music world with Madonna were many.

“I learned discipline about creating your own vision and sticking to it,” Haris said in a recent phone interview. “And making sure that you’re living your own narrative, not judging yourself through somebody else’s eyes.”

The woman she knows and performed with, Haris said, is not the shrewd, trend-chasing Madonna we’ve heard about.

“People talk about how calculating she is, but I saw so many times when she would not do that and go with her gut,” Haris said.

Fourteen years since she stopped recording and performing with Madonna, Haris is still learning from her.

“I learned so much from her in the beginning,” Haris said. “Good stuff that now I go, ‘Oh, this is what she meant by that!'” 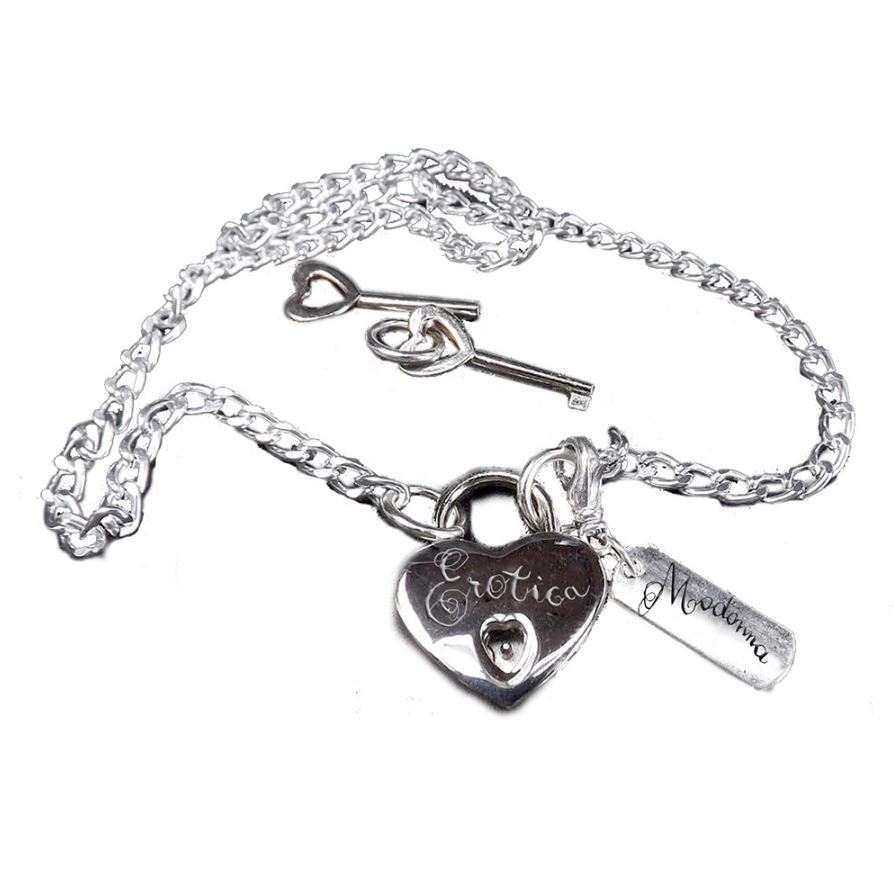 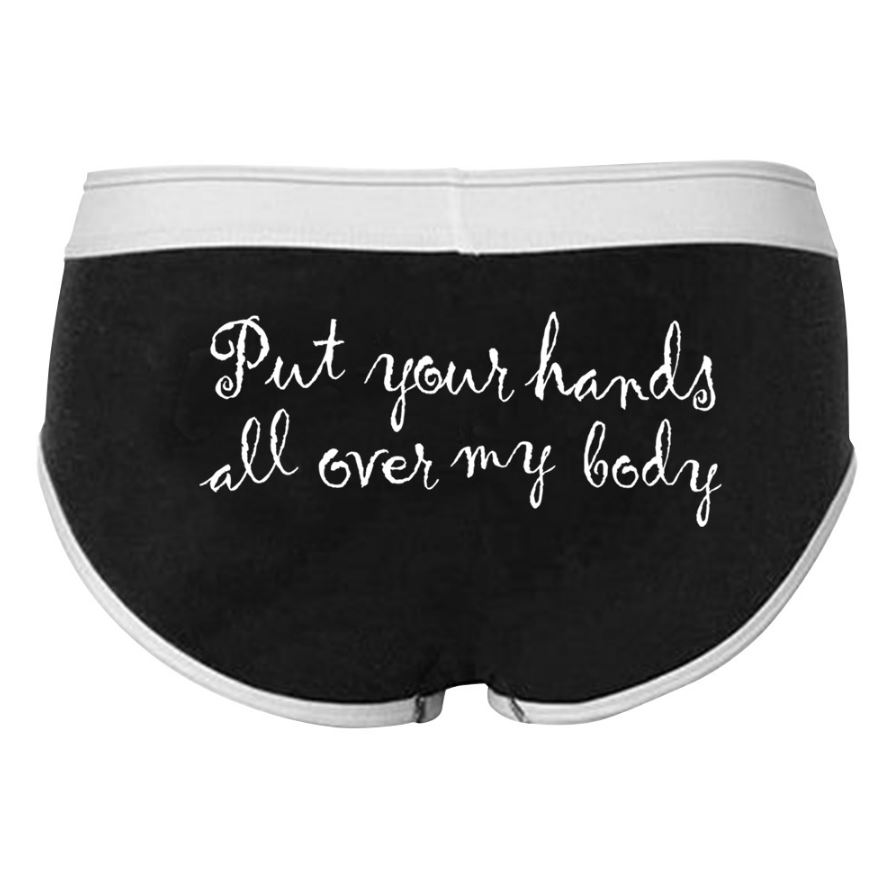 Put your hands all over my body is printed in white on the back of these unisex boy brief underwear / 19.95€ (order HERE) 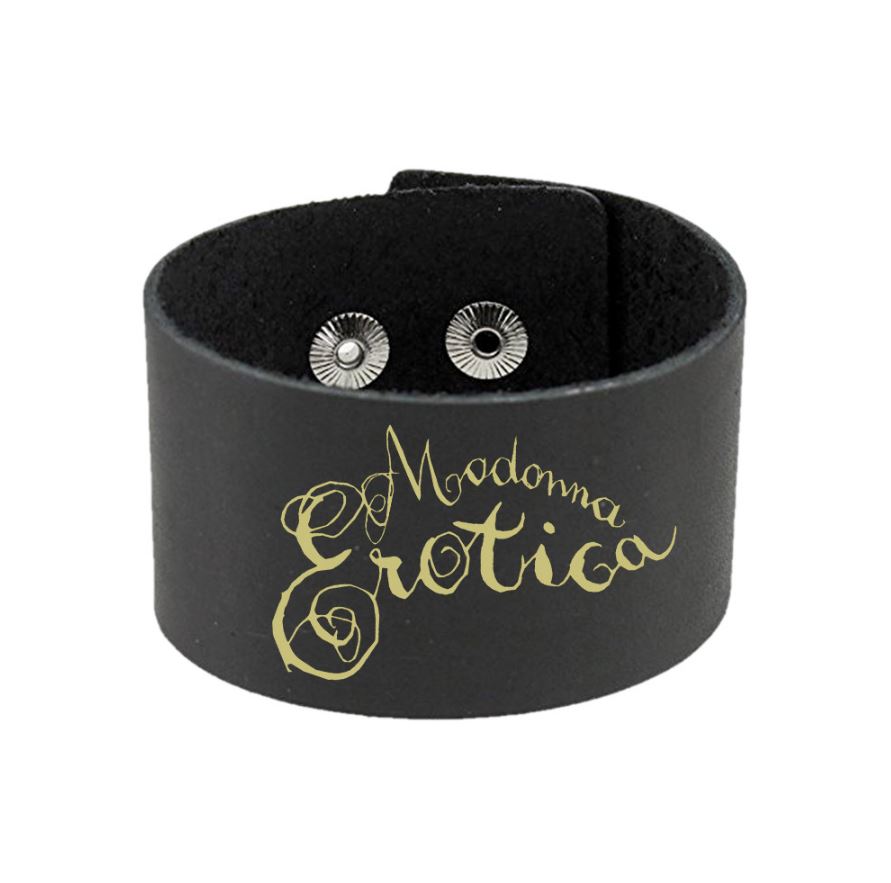 Leather 2″ wristband with Madonna Erotica debossed on the side / 12.95€ (order HERE) 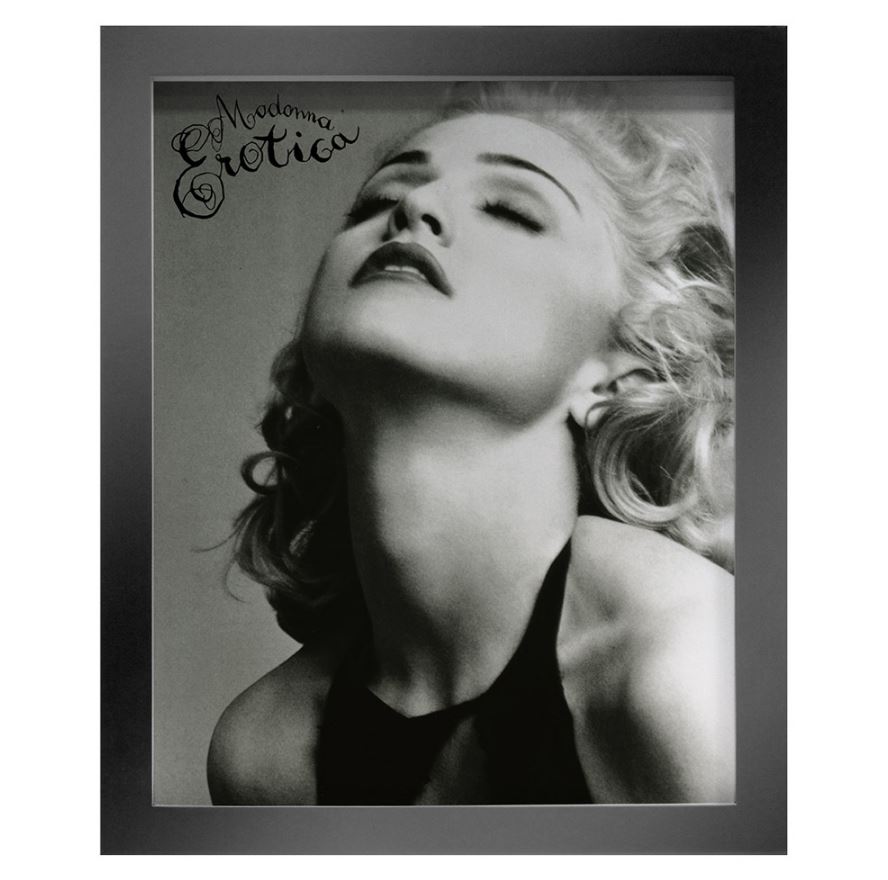 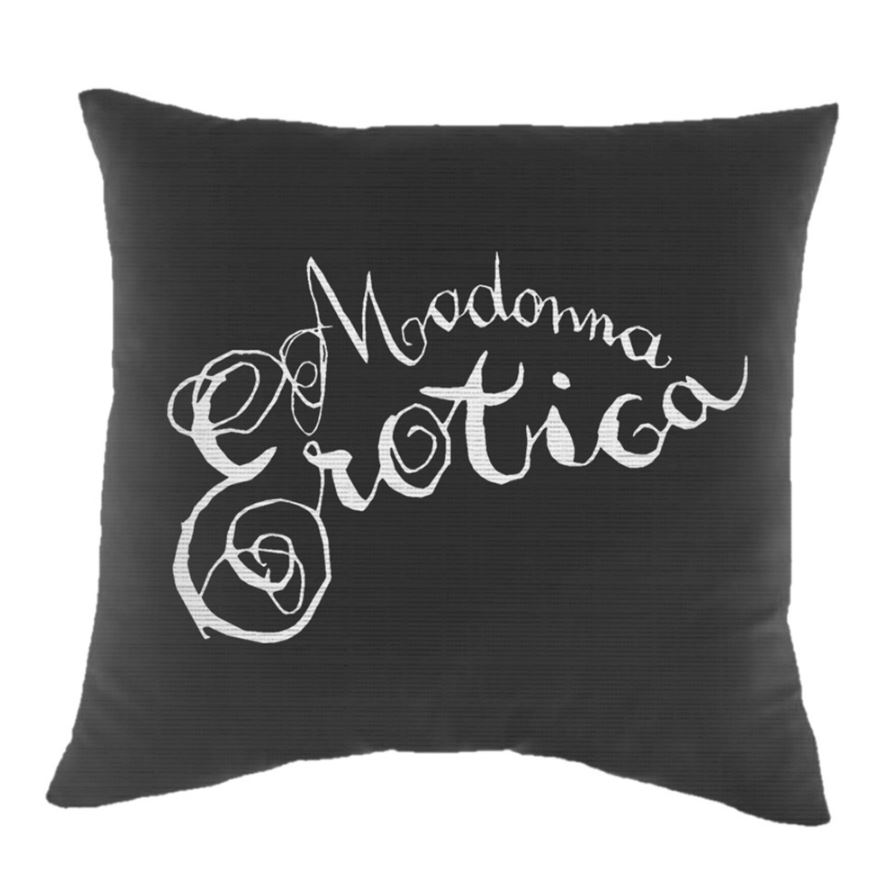 The last and final single to be taken from The Immaculate Collection was a re-release of Madonna’s ‘Holiday’.

We have collected a few various pressings of this release including this very rarely seen official Dutch cassette single. 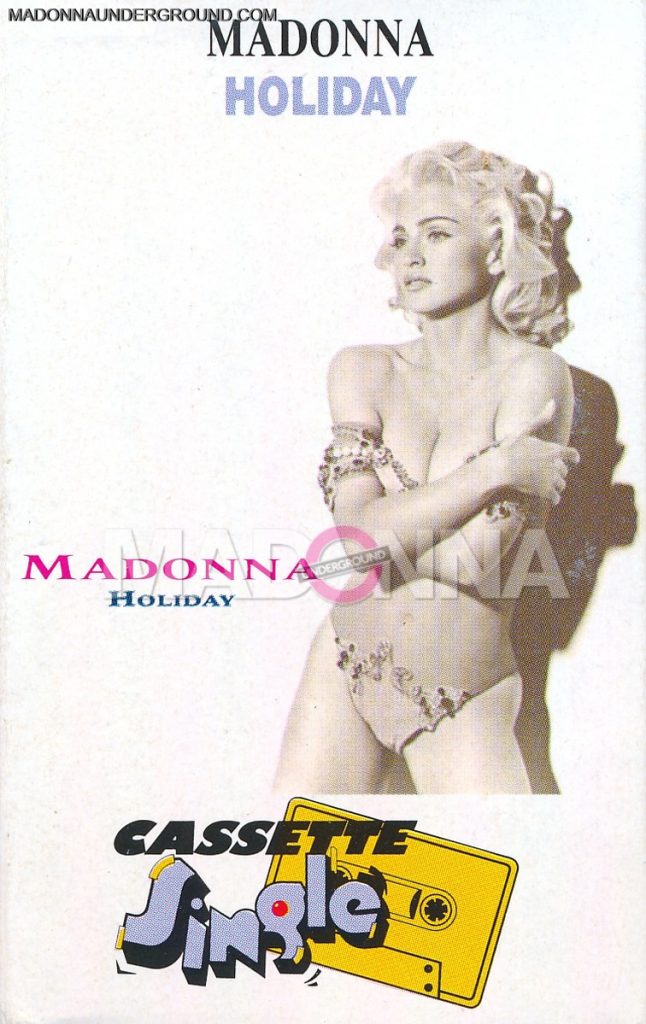 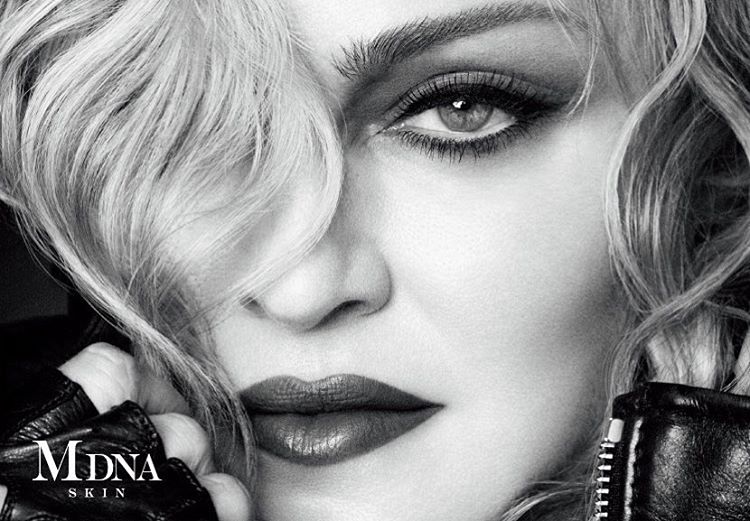 Play the Blind Test to try and win a Gold DVD for the ‘Rebel Heart Tour’ now. 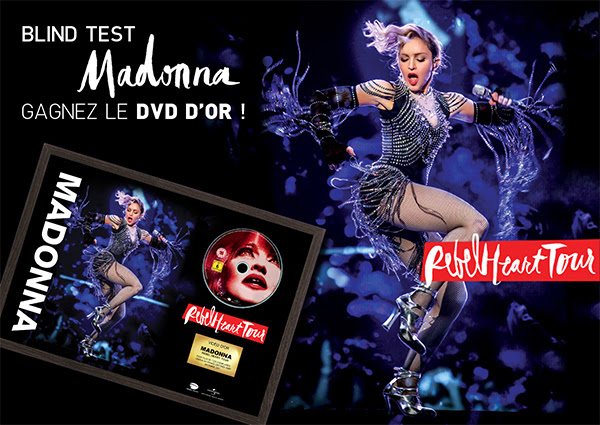 New in our discography is Madonna’s ‘Rescue Me’, the second new song that was included on ‘The Immaculate Collection’.

Even though a hit, it has never been performed live at any of Madonna’s live shows. It was heavily rumored to be included on Madonna’s last ‘Rebel Heart Tour’, but sadly it wasn’t.

In this discography we have collected 30 different pressings including this rarely seen official cassette single from The Netherlands! 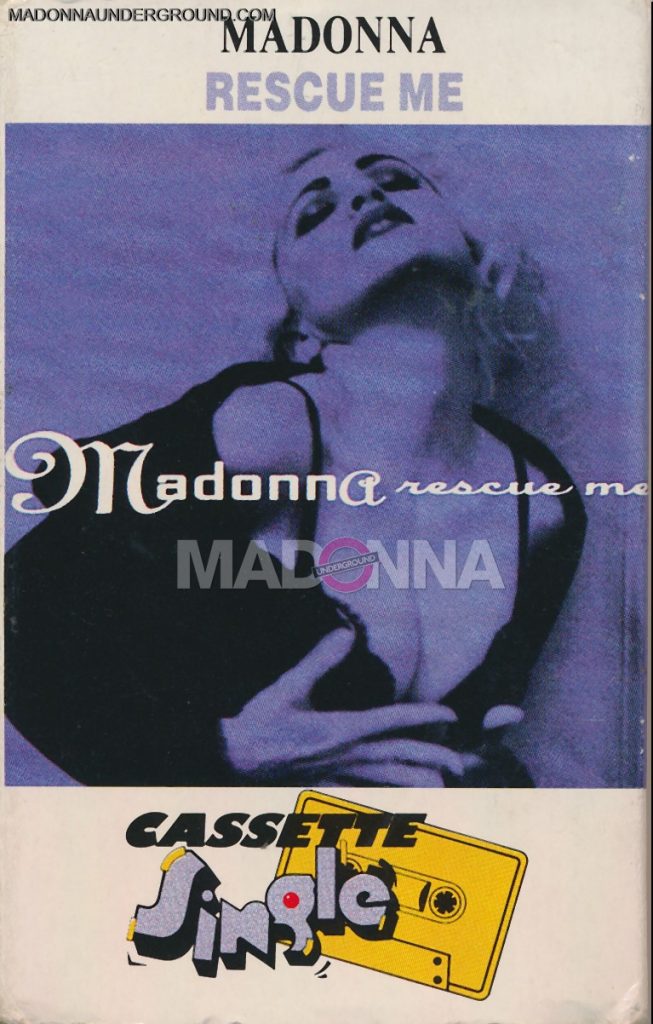 Crazy For You ’91 re-issue discography added

Next up in our discography was the re-release of Madonna’s ‘Crazy For You‘ off of The Immaculate Collection. The same artwork was used as for ‘Rescue Me’ (although not blue colored).

In this discography we have collected 8 different pressings. Check it all out HERE 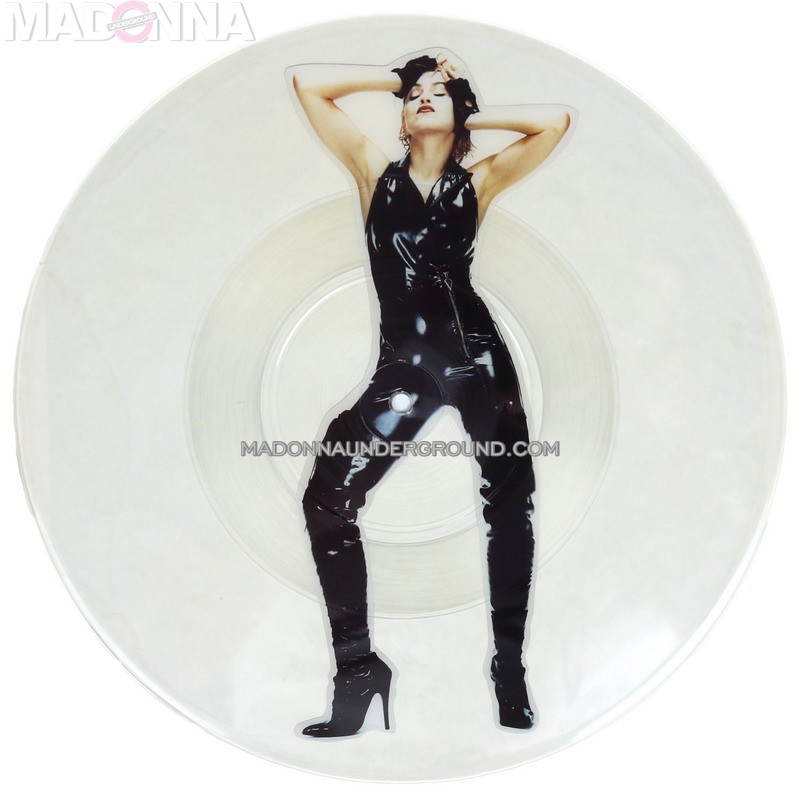 Justify My Love – 28 different pressings in our new discography

New in our discography is Justify My Love, we have collected 28 different pressings of this release.

Justify My Love was banned from MTV and became the first ever video single. To this day Madonna still calls it one of her favorite music video’s. 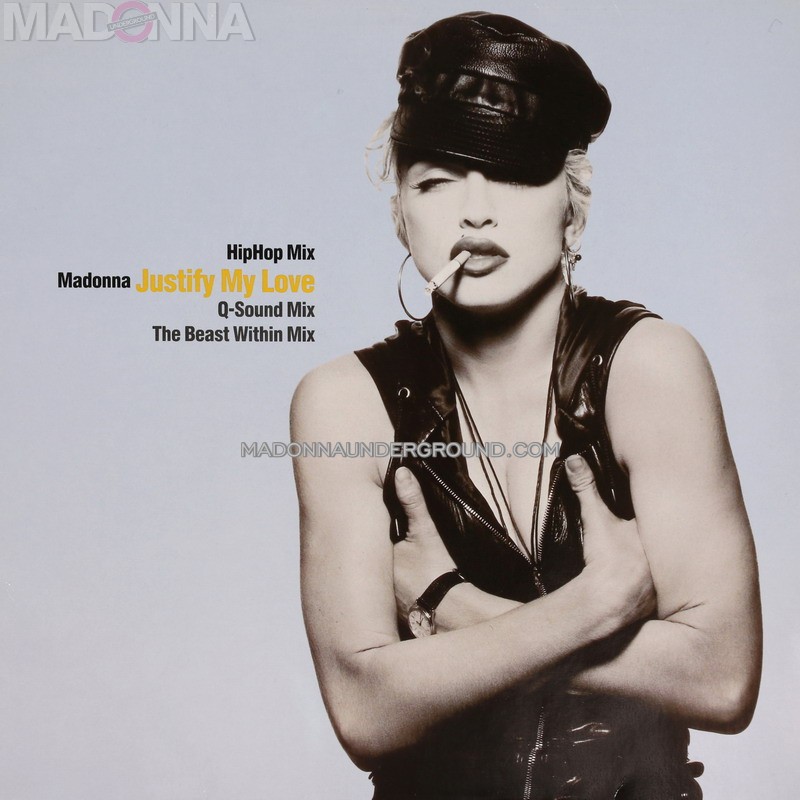 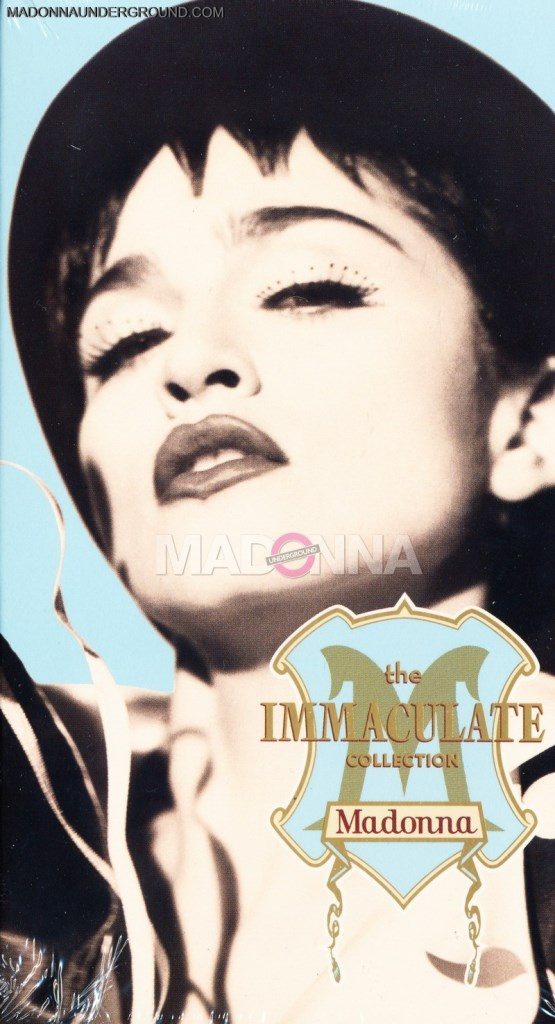 Discover the story behind Madonna’s ‘Live To Tell’ told by Patrick Leonard in Top 2000: The Untold Stories

The Immaculate Collection – a massive 58(!) different pressings added to the discography!

New in our discography is Madonna’s first ever greatest hits compilation: The Immaculate Collection.

This absolute massive seller is still a success today and was released by Rhino early 2017 on colored vinyl as part of the ‘Start Your Ear Off Right’. Originally planned to be titled ‘Ultra Madonna – The Immaculate Collection’, only 1 new song was scheduled to be included. Eventually ‘Who’s That Girl’ was scrapped in favour of ‘Rescue Me’ along ‘Justify My Love’ as the two brand new songs on the record. The ‘Ultra Madonna’ bit was also left out of the final product.

In our discography we have collected a massive total of 58(!) different pressings! All scanned and photographed with love and care by us from our own collection.

Not only cassettes, vinyl and CD’s but photographs of The Royal Box set, the mini-disc and the home video have been included! 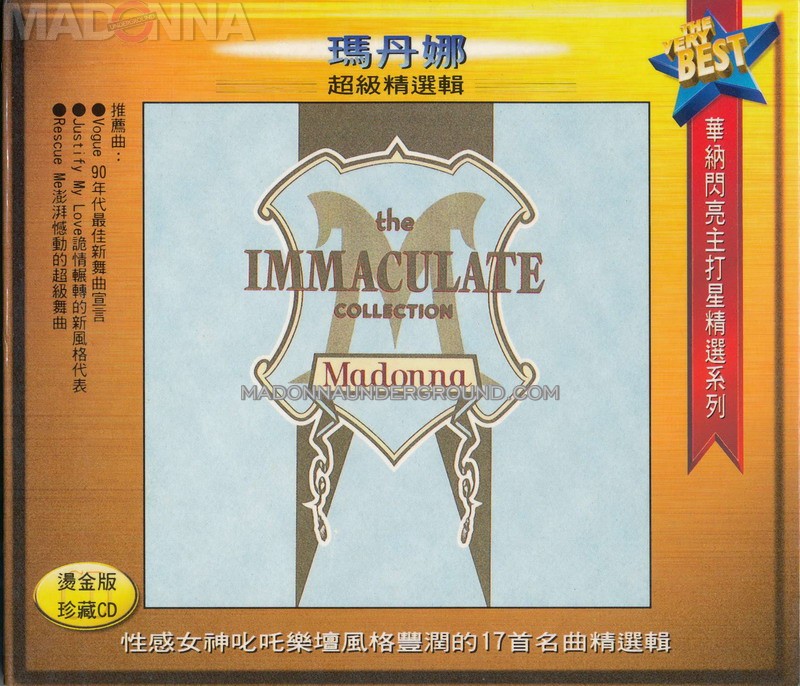 Madonna on Live with Kelly and Ryan – video clips

On Friday (Dec. 8), Madonna stopped by Live With Kelly & Ryan for a casual interview about her kids, performing and everything in between. The singer joined the two hosts for a game of “Sketching With the Stars” and brought out her pal (and “silver fox”) Anderson Cooper to be her partner.

In a scene now cut from the YouTube video, Cooper delays the game by asking the singer when she’d be heading back out on tour, to which she replied: “Soon.” She explained further, “I gotta get my show together. 2017 was soccer mom in Portugal. 2018…I’m coming back, baby. I’m coming for you!”

Catch the game segment below and view the rest of Madonna’s appearance on Live With Kelly & Ryan here.

It appears that Lisbon‘s local soccer mom, otherwise known to the rest of the world as Madonna, has teased her return to the stage for next year. During a Friday morning appearance on Live with Kelly and Ryan, Madonna joined Anderson Cooper in a game called “Sketching with the Stars.” To stall the game, Cooper pressed, “I want to know, when are you going back on tour?” to which the pop icon replied, “Soon! 2017 was soccer mom in Portugal, 2018 I’m coming back, baby, and I’m coming for you!” During her appearance on Live, Madonna also revealed to Kelly Ripa and Ryan Seacrest that her pre-show ritual consists of a 20-minute warm-up, an oxygen treatment, and taping her ankles. “I’m an official soccer mom,” she told the daytime talk show’s hosts.

Madonna moved to Lisbon in August for her son David, whose flourishing soccer career had just begun to take off with Portuguese soccer club Benfica, which opens up a flood of questions. What kind of snacks do you think Soccer Mom Madonna brought for the team during practice sessions? Was she the type of mom to bring snacks at all? Did she form any Big Little Lies-level bonds with any of the other soccer moms? What will happen to the The Count of Monte Cristo-inspired mansion she reportedly purchased in Lisbon once she leaves for a world tour? These are the questions for which we still need answers.

As she gets ready for her potential 2018 tour, Madonna might have a hard time prying her kids out of their beloved new home. Two of Madonna’s young daughters have already picked up Portuguese and David seems to have picked up his mom’s passion for music, jamming to his mom’s greatest hits when he’s not in the stands at soccer games with the family.

The last time Madonna blessed the world with a tour was with 2015-2016’s Rebel Heart Tour, and fans eagerly await her big return for 2018. Next time she hits the stage, maybe she’ll bring a soccer ball or some team snacks with her.