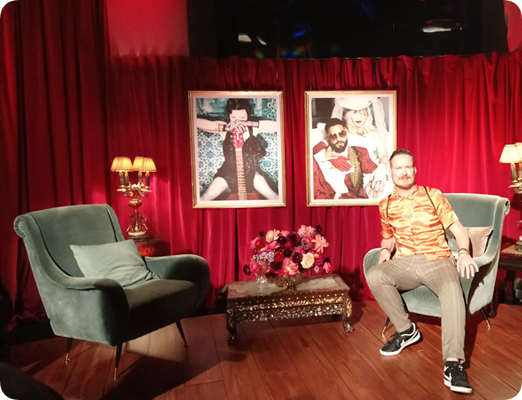 At the very last minute my friend Kimberly brought me along as her guest to the Medellin world video premiere in London.

I was extremely happy because I never attended an event with Madonna besides her concerts. So after being a fan for 35 years, a dream came true!!!

We needed to assign our attendance between 5 and 6 PM in a hotel close to the MTV studio’s. It was great to go see many M friends who I met throughout the years at concerts. Apparently there were 18.000 entries to the contest and only 40 fans won (40+1 guest) so we were lucky stars!!

We had to wait for several hours and were brought to the studio in groups. The floor manager gave you your seat in the studio, so it didn’t matter in which group you were.

In the studio we got good seats a bit in the back. The studio was so small that we could see everything very well. We still could sit, and didn’t have to stand on the stairs.

The production manager explained everything and at a certain point Madonna entered the stage. I was gasping for air, she looked amazing!!

It was a live show with satellite convention between London, NYC, Sao Paulo and Milan. There was a slight delay of a few seconds, and Madonna reacted very funny to it. She was in a great mood and made us laugh several times. 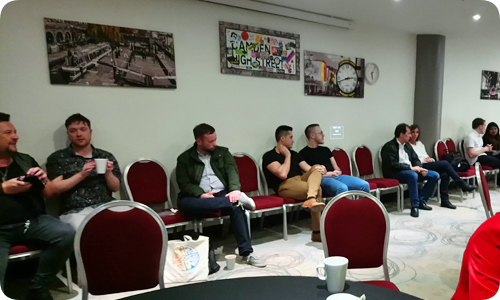 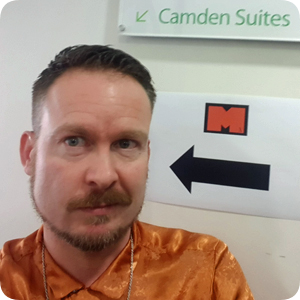 At the end of the show the video premiered, I loved it from the very first seconds. Really made me wanna dance under a tropical sun.

During the commercial break Madonna got a touch-up and made jokes. It was fantastic to see a relaxed off-camera Madonna!!

Travelling to London, being there for less than 23 hours to see a live 25-minute Madonna interview sounds crazy, but it was more than worth it.

I’m writing this report with a big smile on my face. Thank you so much for this chance!!