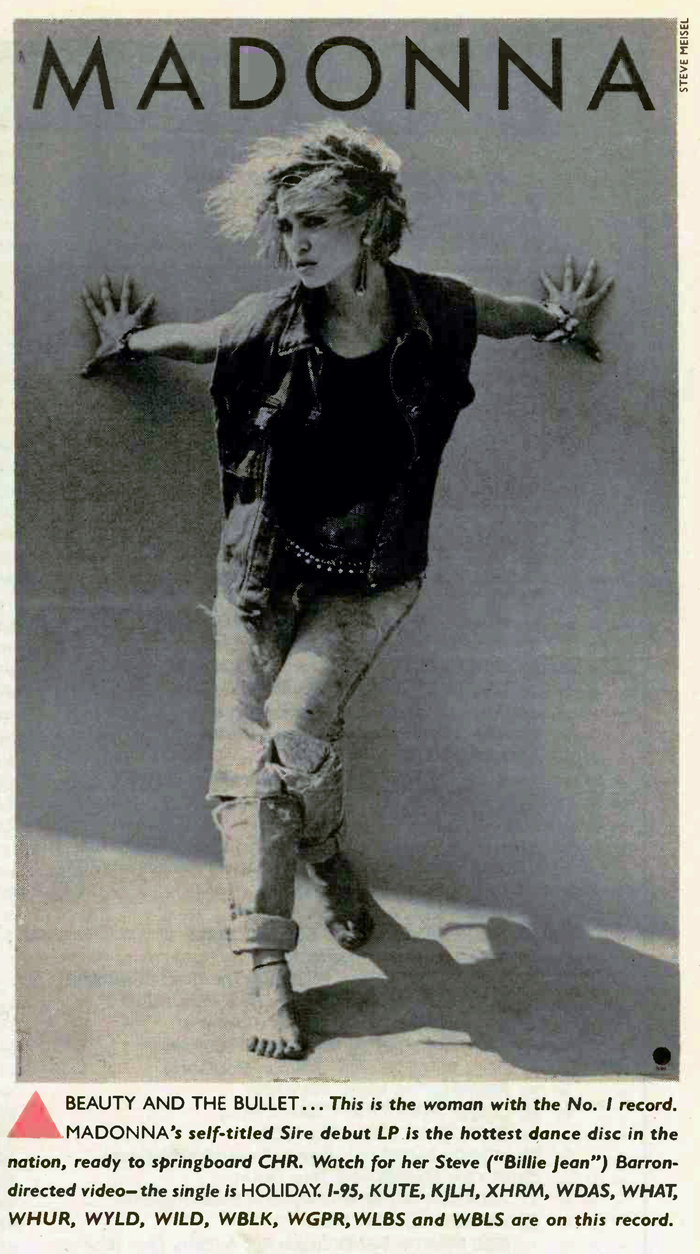 The promotion for Madonna’s third single ‘Holiday’ from her debut album continued as this article was published in R&R Magazine on September 23, 1983.

We all know there never was a music video for ‘Holiday’ and TV performances were used to promote the track instead (mostly TOTP UK and Solid Gold USA.)

The article has been added to our The First Album page.