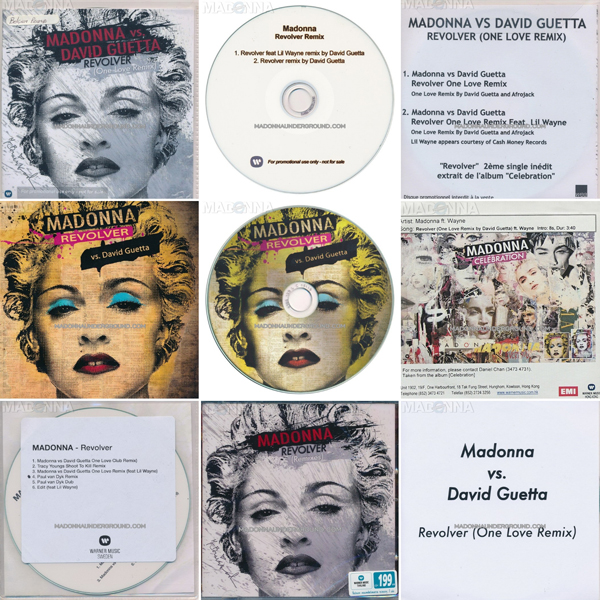 Next up in our discography is Madonna’s final single with Warner Records ‘Revolver’.

Revolver was one of two brand new songs recorded and added to Madonna’s ‘ultimate’ greatest hits package ‘Celebration’, her final ‘album’ with Warner Records. She did not film a music video for this and Warner did not release anything to visually promote the track.

Warner Music never intended to physically release the track as a single and it was destined to be a digital release only. It wasn’t until the beginning of December that Warner changed their minds and ordered physical copies (and even more variations) due to demand.

Revolver was played during Dutch Radio 538’s ‘Maak ‘t of Kraak ‘t’ (Make it or Break it) and it was made by 65% which was initially good news, however it failed to become a big hit and never made it past the tip parade. No music video and little to no promotion from the artist or the record company did not help. The One Love Club Mix by David Guetta did win a Grammy though!

Madonna performed a stellar version of the song during her MDNA Tour.

In our discography we have collected 16 different pressings of this release, including the very rare Belgian and Dutch promo’s (both 100% official).