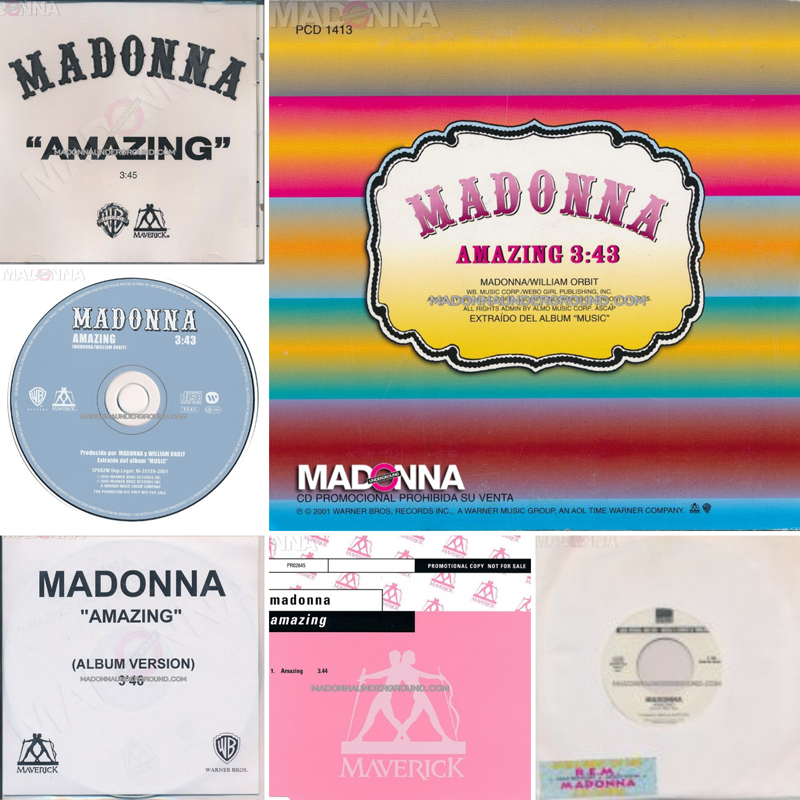 New is our discography to the promo only single for ‘Amazing‘ from the ‘Music’ album.

Story goes that Warner Bros wanted to release ‘Amazing’ as the fourth single off of ‘Music’ but Madonna disagreed as she felt ‘Impressive Instant’ would be the better choice. To make a long story short promo’s were pressed but withdrawn as the single never happened. Another story is that Madonna replaced ‘Amazing’ in the Drowned World Tour setlist with ‘Beautiful Stranger’ since Warner Bros planned to use the live performance as music video to ‘Amazing’. Whether this is what really happened or not, we cannot confirm.

In our discography we have collected 6 different promotional pressings for you to view, click HERE to check it out.