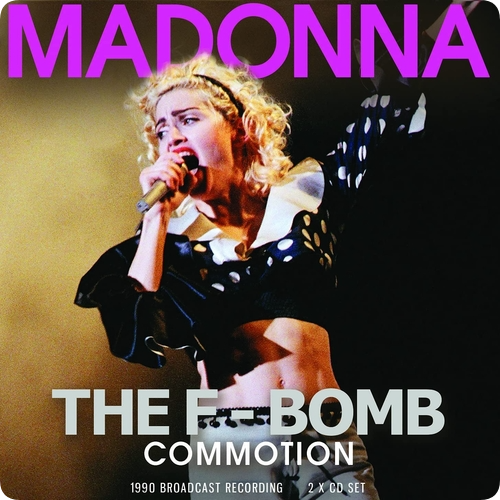 Madonna’s Blond Ambition World Tour was the third concert tour the girl undertook. It supported her fourth studio album Like a Prayer (1989), and the soundtrack album to the 1990 film Dick Tracy, I’m Breathless. It began on April 13, 1990, in Chiba, Japan, and concluded on August 5, 1990, in Nice, France. The 57-show tour marked Madonna’s first concerts in Sweden and Spain.

Originally planned as the ‘Like a Prayer World Tour’, it was supposed to be sponsored by Pepsi, which signed a US$5 million deal with Madonna to feature her and her then upcoming single ‘Like a Prayer’ on a television commercial. The music video for track, which featured Catholic images such as stigmata, burning crosses and a dream scene about making love to a saint, received condemnation from the Vatican. Religious groups sought to ban the commercial and called for a boycott of Pepsi products and subsidiaries, leading the company to withdraw the commercial and cancel Madonna’s sponsorship contract. The Blond Ambition World Tour was officially announced by Sire Records in November 1989.

The jaunt garnered positive reviews from contemporary critics and was a commercial success. It received the ‘Most Creative Stage Production’ award at the Pollstar Concert Industry Awards and grossed over US$62.7 Million from 57 concerts. Also, Madonna was named the second most successful solo touring act at the time, behind only Michael Jackson.

Due to its use of Catholic imagery and sexual content, the tour generated controversy; in Italy, several religious organizations protested and condemned it as well as Madonna, with Pope John Paul II urging the general public and the Christian community not to attend the concerts, calling them; one of the most satanic shows in the history of humanity. The protests were successful and one of three planned Italian dates was cancelled. In Toronto, the police was alerted about lewd and indecent content, particularly the performance of ‘Like a Virgin’, which featured Madonna laying on a red velvet bed, flanked by two male dancers, simulating masturbation. Madonna and her team were threatened with charges unless that specific part was changed; the show continued unaltered.

A number of concerts were recorded and broadcast. One of the concerts in Japan was released on VHS and Laserdisc exclusively in that country. In the UK Madonna’s show at Wembley Stadium was broadcast live on 21st July ‘90, which led to controversy over the profanity she used live on air.

This two-CD set includes the full concert Madonna gave in London on that special day, complete with the full criticised sections during which Madonna offended those who chose to be offended by such dalliances! The full gig however is presented here in perfect audio quality and will surely delight Madonna fans everywhere, keen to add this previously unreleased broadcast to their collections.