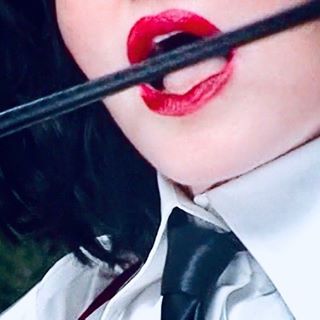 As Sandra Oh said in The Princess Diaries … the Queen is Coming.

Pop superstar Madonna has changed her profile picture of her Instagram and uploaded 9 new images that, all together, mark a big red “X” on her profile against a stark black background.

What the “X” means is open to interpretation. There’s been some Twitter chatter that the project is part of a secret Netflix project, but most of the screenshots circulating were debunked as faked images. Given that Madonna hasn’t released an album since 2015’s Rebel Heart, her thirteenth album, it’s very likely that she’s teasing a new LP.

While Madonna hasn’t released new music since then, there have been reports that the Material Girl has something up her sleeve. The general public found out that she was filming a music video when Page Six reported that the mayor of a historic Portuguese town denied the singer’s request to bring a horse into a local castle to film a music video. The mayor reportedly denied the singer because the castle’s wooden floors couldn’t support the horse’s weight and could damage the building.

Madonna teased new music on March 18 with a picture of her slicing into an apple with the words “A taste of things to come.”