You are here:
Holy M! Madonna set ‘the standard’ for this weekend’s major Pride celebrations with an all-out bash at The Standard High Line on Thursday night, presented by Perrier. Madge was in town to auction off three new original signed and framed Polaroids, that were shot by her and Ricardo Gomes at her home in New York in June 2021—inspired by the undercurrent of the city that never sleeps. And speaking of being up late, the event brought the downtown party scene out en masse to raise funds for The Ali Forney Center and Haus of Us and witness a performance by the iconic Queen of Pop.
The evening also saw the debut of an original three-piece multimedia art installation created by Madonna and Gomes in collaboration with Sasha Kasiuha. Even if you didn’t have an invite to the biggest party in town, those who happened to be in Times Square last night at 10PM and 1AM got to see said three-minute installation flash across the jumbo video screens. Additional collector’s item Polaroids of the performer are also still up for grabs—as part of a silent online auction to benefit the Hetrick Martin Institute. 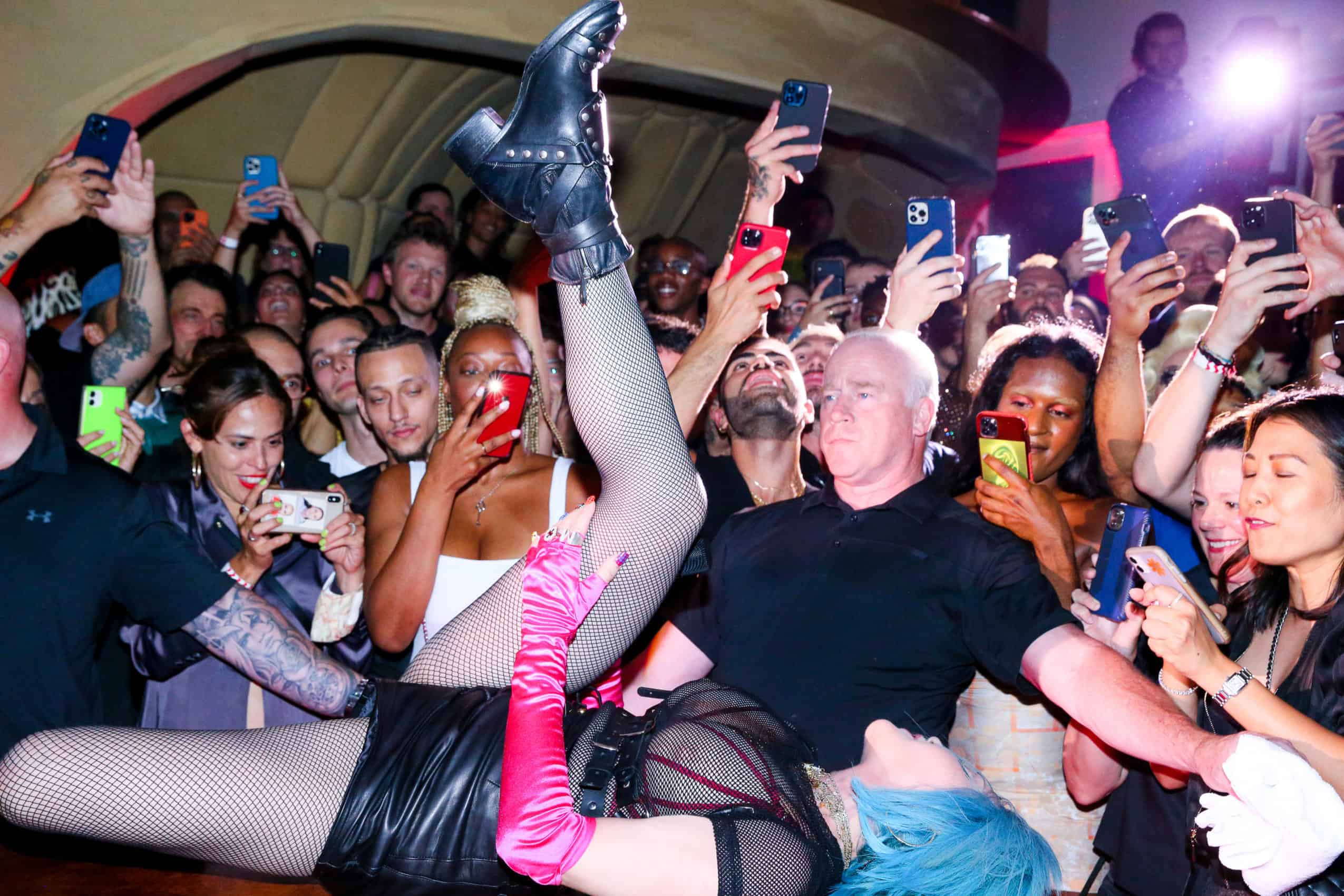