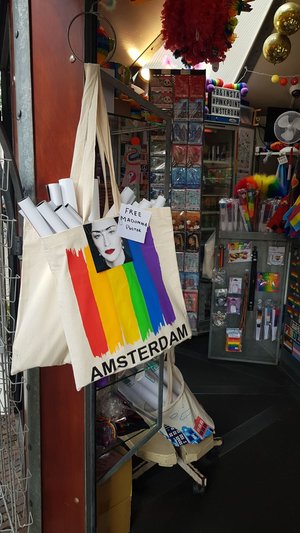 For everyone that didn’t make it to Pink Point in Amsterdam today, we have a couple of posters left and tomorrow will be the final day we’ll be giving these out.

A good excuse for a nice little trip to Amsterdam!

Meanwhile at Pink Point in Amsterdam……

Some lucky fans have already stopped by the Pink Point kiosk in Amsterdam and got a free copy of the Madame X promo poster. 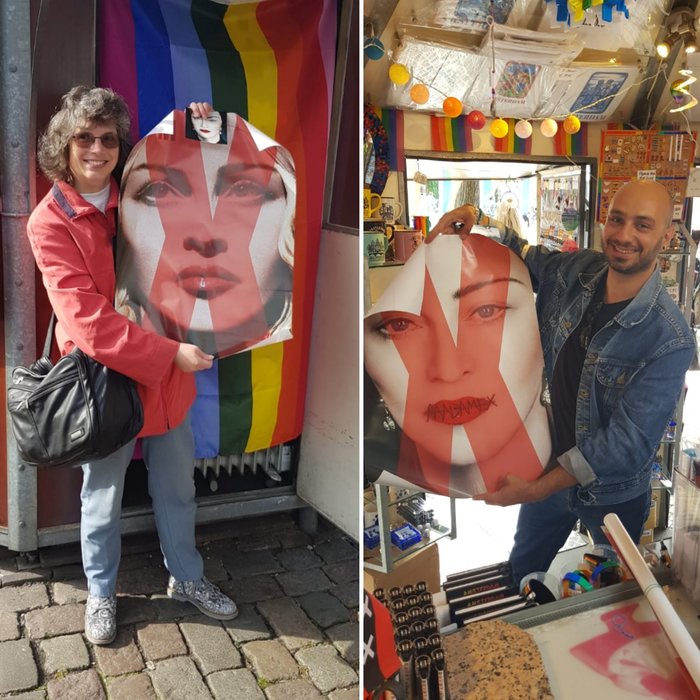 To celebrate Madonna’s birthday and reflect on everything she has done for the LGBTQ community we are giving away quite a few Madame X posters today!

Want a free poster and are you near Amsterdam? We’ll be handing these out on a first come first serve basis at Pink Point Amsterdam’s LGTBQ+ info kiosk (for the past 21 years) at the Westermarkt in Amsterdam today until 18.00 local time. 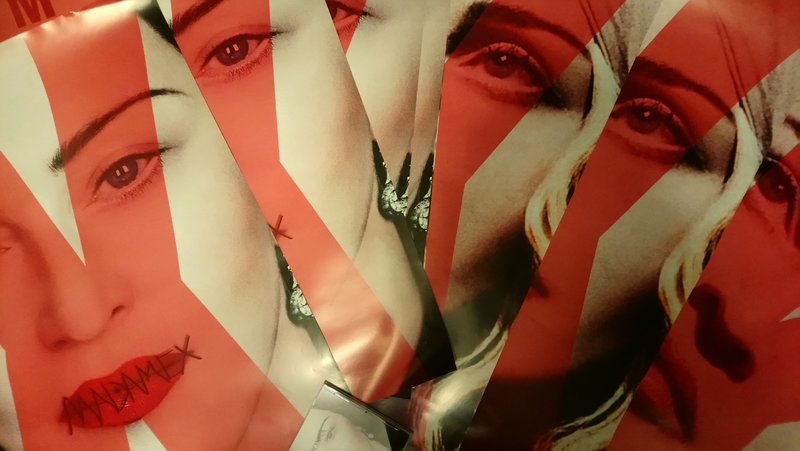 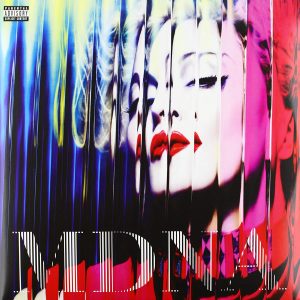 Great opportunity for those still searching to get MDNA on vinyl (and quite expensive through ebay).

Amazon.co.uk is offering the vinyl now for only GBP 25.78

Get yours now HERE 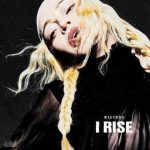 Celebrating Madonna’s birthday in the media – one year ago today

Exactly one year ago today Madonna turned 60, reason for the media to dedicate time to her. Yours truly was approached by various Dutch and Belgian media. Let’s take a look back: 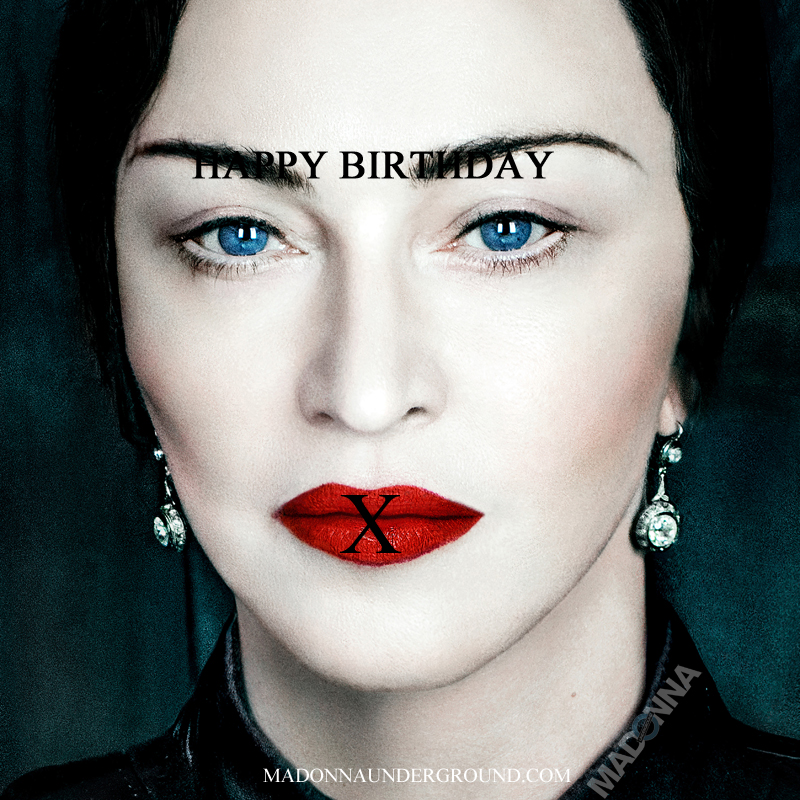 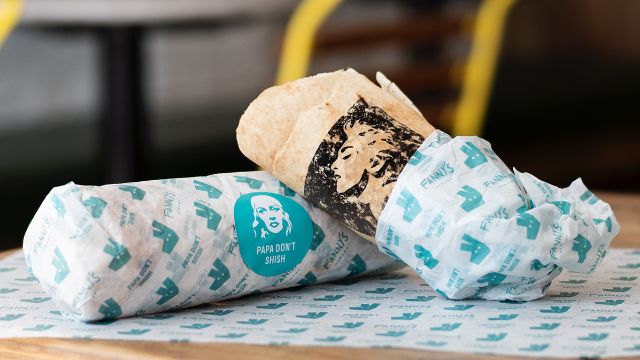 Madonna is getting into the groove for her upcoming Madame X tour!

The singer, 60, showed off her preparation ahead of the intimate theater tour, sharing a clip to Instagram that featured an eye-popping display of extreme flexibility.

In the clip, Madonna, engrossed in her cellphone, lies on a mat and completes a series of stretches as music plays in the background.

The star, clad in an all-black ensemble with her hair pulled into short blonde curls, at one point kicks her legs upward, then pulls them apart into an impressive split.

The moves were noticed by Kelly Ripa, who commented, “That’s quite a spread you’ve prepared for us Madame ❌ 🔥.”

In response, Madonna wrote back, “I want my guests to be satisfied!”

Her guests will get the chance to see the Queen of Pop in person starting Sept. 12, when she kicks off a theater tour in support of her most recent album Madame X, released in June.

The tour will include multiple shows at the BAM Howard Gilman Opera House in Brooklyn in September, plus a short residency at the Chicago Theatre in Chicago in October, and another at Los Angeles’ Wiltern Theater in November.

Dates at the Colosseum at Caesars Palace in Las Vegas, the Boch Center Wang Theatre in Boston, the Met Philadelphia, and the Jackie Gleason Theatre at the Fillmore Miami Beach will also stretch through December. 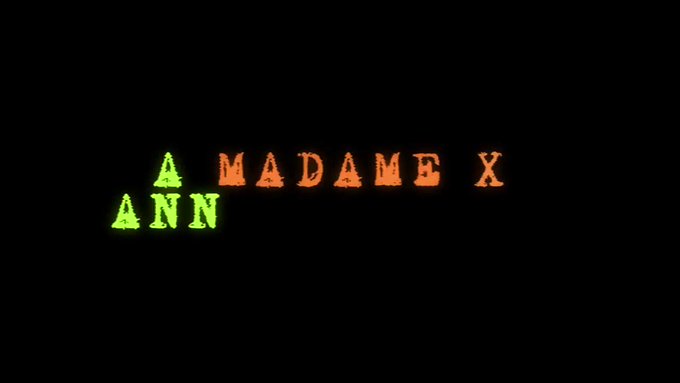 RELATED: Designer Jean Paul Gaultier Loves Madonna So Much, He Proposed to Her 3 Times

Madame X, her first album since 2015, sees the Grammy winner shedding her famous persona in favor of an eponymous alter ego, which she has described as a “secret agent traveling around the world, changing identities, fighting for freedom, bringing light to dark places” in a promotional Instagram video.

The “Like a Virgin” singer has so far dropped the singles “Medellín,” with Colombian reggaeton star Maluma, “Crave,” and “I Rise.”

Mykki Blanco on LGBTQ Visbility and How the Music Industry Is Changing: My Career ‘Could Not Have Happened Any Sooner’

This makes me think of what you say at the end of Madonna’s “Dark Ballet” video: “I’ve walked this earth black, queer and HIV-positive, but no transgression against me has been as powerful as the hope I hold within.” As we talk about homophobia and transphobia in the industry today, are you more optimistic about what you’ve seen in even the last five years?

I am, because I think the more artists that come out, [the more it makes] a younger generation un-indoctrinated by all these ridiculous prejudices that we’ve had to endure as queer people and queer artists for so long. And as much courage as I think it would take for an artist to be out from the onset, I think it’s really amazing to win over the masses and then come out. If you’re a music lover and you love this song, if you attach memories to this album, you know then you really have to question your character if one of your favorite artists comes out and you can’t fuck with their music anymore. 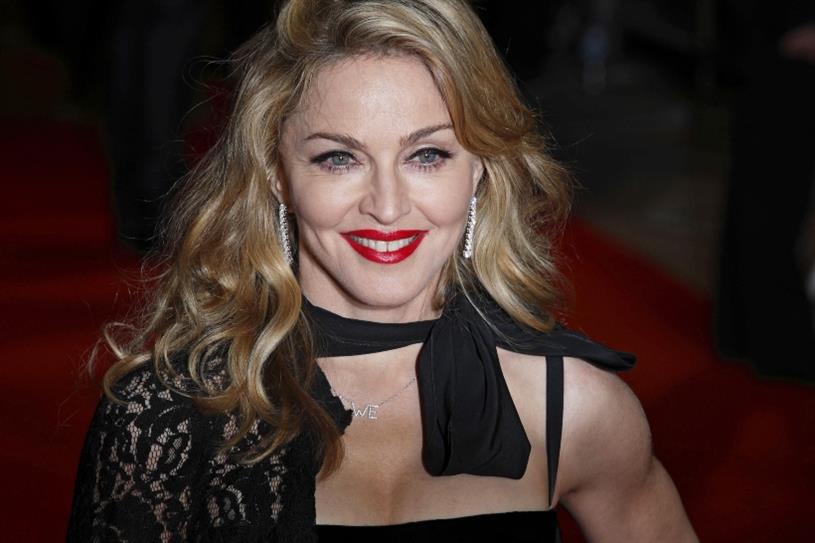 The financial services giant is collaborating with Live Nation and Maverick on its 25th Citi Sound Vault show.

To celebrate its 25th Citi Sound Vault show – and as part of its efforts to advance gender equality in the music industry – Citi has partnered with Live Nation and Maverick on a special two-part event with Madonna.

“With Citi having taken a stand to bolster the representation of women as part of our brand campaigns and entertainment platform, we couldn’t think of a more fitting artist with whom to celebrate our 25th Citi Sound Vault show than Madonna,” said Jennifer Breithaupt, global consumer CMO at Citi.

Breithaupt added: “As one of the most powerful brands in the world, Madonna has long advocated for gender equality and we couldn’t be more thrilled to bring our card members this incredibly special experience.”

Citi is a leader behind the Association of National Advertisers’ groundbreaking #SeeHerHearHer initiative, which aims to increase gender diversity and inclusion in music.

The 25th Citi Sound Vault shows with Madonna on September 18th at?Brooklyn Academy of Music at the Howard Gilman Opera House?in New York and Tuesday December 10th at The Met in Philadelphia will be accessible exclusively to Citi card members.

The Citi Sound Vault program launched in 2017 with Live Nation as a way to provide Citi card members with premium access to intimate performances by big stars in well-known venues. So far, the platform has been popular among customers and has garnered about 2 billion media impressions. Other artists who have held shows as part of Citi Sound Vault include Eminem, P!NK, Katy Perry, Childish Gambino, Luke Bryan, Metallica, Sting, Muse, Chris Stapleton and The Chainsmokers.

“For the past 10 years we have worked closely with Citi to co-create personalized experiences for their card members by leveraging the amazing power of live music,” said Darin Wolf, executive VP at Live Nation. “Adding Madonna to an impressive roster of artists who have participated in the Citi Sound Vault series further underscores Citi’s positioning as the leader in driving modern loyalty by leaning into culture to provide exclusive experiences.”

And this isn’t the end of Citi’s gender diversity and inclusion push.

Going forward, Breithaupt said the company will remain “committed to continuing to highlight female artists through this platform, as well as our broader marketing efforts, and help drive more visibility and progress for women in the industry.”

In the midst of her wildly popular Madame X tour, Madonna is giving fans more opportunities to see her live. The icon announced on Monday (Aug. 12) that she will be performing two intimate shows as part of Citi Sound Vault.

She will be heading to the BAM Howard Gilman Opera House on Sept. 18, where she will also be playing from Sept. 12 to Oct. 7. Additionally, she will take over the Met in Philadelphia on Dec. 7, where she will continue to play through Dec. 11.

Citi cardmembers will be able to purchase tickets on Tuesday (Aug. 13) at 10 a.m. EST here.

PASSCODE: YOU WILL NEED A PASSCODE TO UNLOCK THIS OFFER.

MADONNA + Like a Virgin – new items added to discography 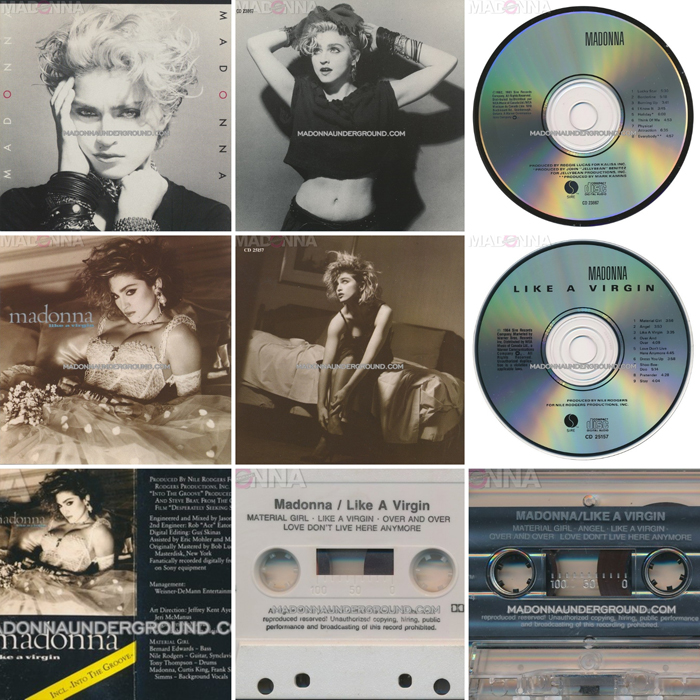 Some new additions to the following discographies

Click on the links to check them all out

Graciously made available by Universal Music NL, we have two (unused) variations of the Madame X promo poster up for grabs. Also thanks to UMusic U.K. we have a ton of CD sized promo flats available.

Everyone is invited to dance and reminisce to hits, misses, remixes and hot collaborations. Happy hour is from 9-10:30 p.m. when attendees can “Get into the Groove” with chill tracks and deep cuts.

Tickets start at $10 and are available at ticketfly.com.

Madonna’s stylist on her iconic bridal-dress-inspired VMA performance: ‘I did create a legend’

Thirty-five years ago, a rising pop singer named Madonna Louise Ciccone opened the first-ever MTV Video Music Awards at New York’s Radio City Music Hall. Older generations may vividly recall the exact moment when they first saw Elvis twitch his pelvis on TV or when the Beatles first performed on Ed Sullivan, but for children of the ’80s, Madonna’s racy, underwear-flashing, floor-rolling “Like a Virgin” performance was their defining televised music moment. No one had ever seen anything like it at the time — and Madonna’s stylist Maripol, who was responsible for the star’s Like a Virgin-era peekaboo bridal gown look, was there to see it in person.