The iconic actress opened up about how ‘surreal’ it feels to know that someone will play her in a movie about her pal Madonna.

Debi Mazar, 57, is definitely excited about the possibility of a Madonna biopic! The actress admitted that she thought it was funny to learn that Uncut Gems star (and Kanye West‘s new girlfriend) Julia Fox, 31, was in talks to play her in the movie in a Wednesday January 19 Instagram post. Even though Debi couldn’t confirm whether or not Julia had been cast, she did say that she was “flattered” that she could have such a talent portray her.

There were no two bigger pop stars in the world in 1989 than Prince and Madonna. The Purple One was at a strange point in his career, stuck between the world-conquering pop of his initial style and the harder-edged R&B funk that he would adopt in the ’90s. But Prince was still scoring number one hits, even if it was ‘Batdance’ from the Batman soundtrack.

The second date of the Sticky & Sweet Tour we attended was the show in Berlin. Once again not a lot of people were queuing up and it was fairly easy to get a good spot for entrance. People holding Hot Tickets gained early entry. The crowd was very relaxed, there was no pushing and one could easily go and do their business on one of the Dixi toilets on the floor of the stadium.

Madonna got on stage at 9.15pm and performed a spectacular show. She wore a pink colored outfit for the second section and dedicated “You Must Love Me” to Seymour Stein, who was in the audience. This show was miles away from the one that premiered in Cardiff, she was much more at ease and seemed to be enjoying herself. From what I could see the Berlin crowd seemed to be having a great time during the show.

Madonna kept happily posing for pictures as you can view in our updated and enhanced photo gallery. View 75+ photographs of the Berlin show now HERE 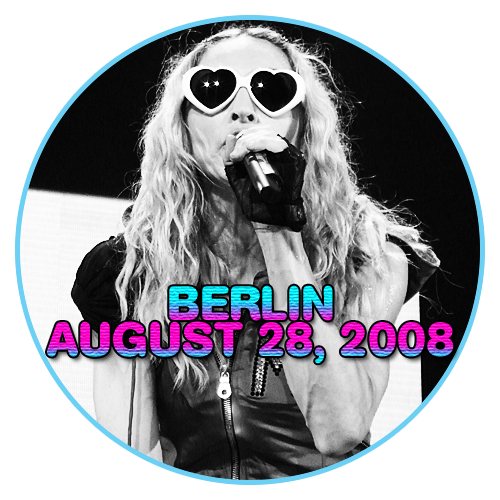 “Like a Prayer” promo press pack from Holland (and more)

More rare “Like a Prayer” memorabilia added! Among various promotional and press photographs, we have also added this incredibly rare promotional pack from Holland.

Check out more photographs and the other items HERE 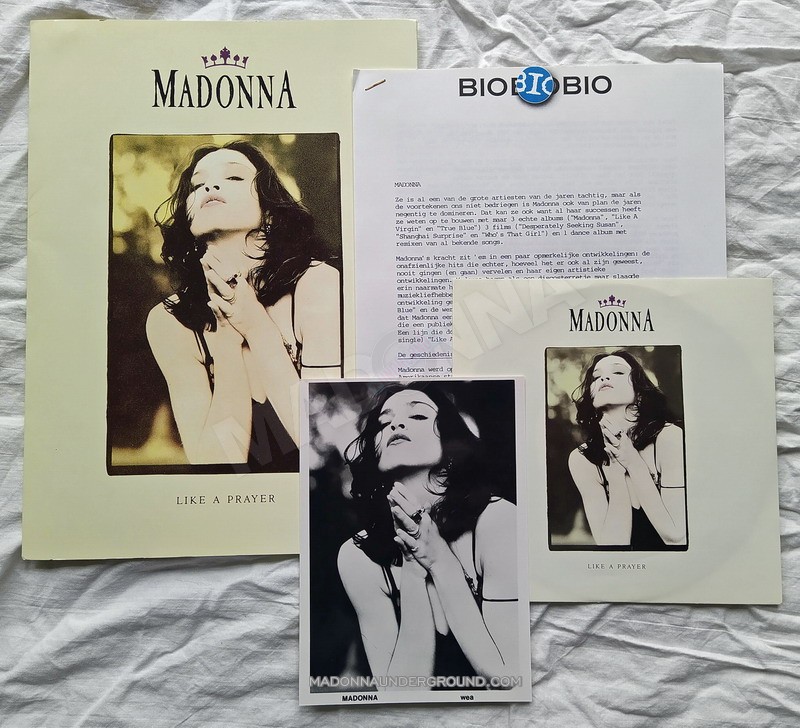 Madonna’s Sticky & Sweet Tour premiered in Cardiff on August 23, 2008. Only two years after The Confessions Tour Madonna was back on the road to take on what was probably the most physically demanding show of her carreer.

Surprisingly there weren’t a lot of people queuing up days prior to the event as we’d expected. We were treated to the full soundcheck the night before, which was obviously a huge spoiler but we couldn’t resist staying outside the stadium to listen. It was obvious then that a lot of classics had been re-invented once again. The biggest treat was listening to “You Must Love Me” and the new version of “Like a Prayer”.

On the premiere date when the Hot Ticket holders were finally let in, we were first being kept in the hallway before we were allowed to enter and find a good spot near the stage. Honestly when Madonna treated us to exactly the same entrance as performed on her Hard Candy promo shows, I was disappointed. By the end of the show we all had mixed feelings as this show was such a departure from the theatrical shows she’s known for. However, she must have done something right as it became her highest grossing tour to date. 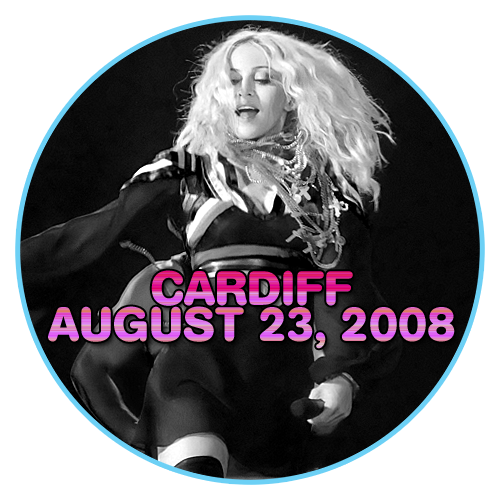 After Madonna shared an Instagram post earlier this week indicating that she “went to dinner with Julia [Fox] to talk about my movie,” EW has learned the 31-year-old performer is being considered to play the role of actress Debi Mazar, the singer’s longtime friend. Kanye West, Antonio Brown, and Floyd Mayweather were also pictured in the photos Madonna shared of her meeting with Fox.

We just learned that Jamie Auld who portrayed Madonna in the excellent film Madonna and the Breakfast Club by Guy Guido has sadly passed away.

To say we are shocked is an understatement. May she rest in peace. 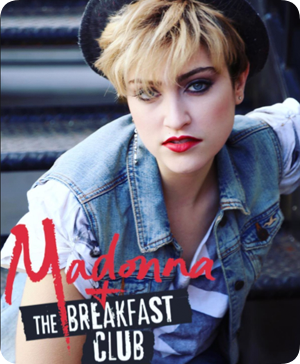 Madonna teases 50#1s a little present to the fans!

Madonna has been in the studio with The Real Mike Dean working on a little present for the fans. Coming soon! 50#1s and You Can Dance! 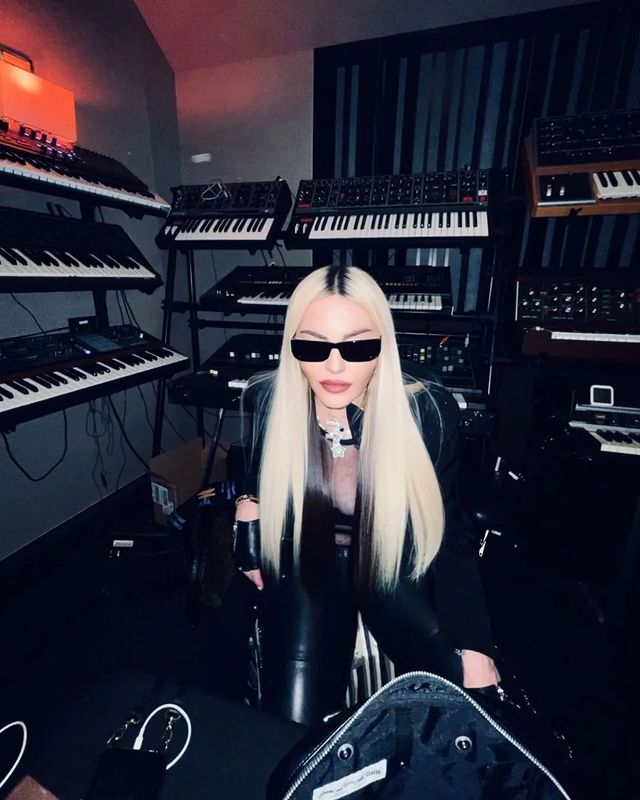 We started uploading “Like a Prayer” related merchandise. We have added a variety of official (promo) posters and this rare promotional altar from the USA. This particular altar came straight from Warner Bros offices and is unused (and has never been bended) and also includes a signed sheet of paper by Madonna. 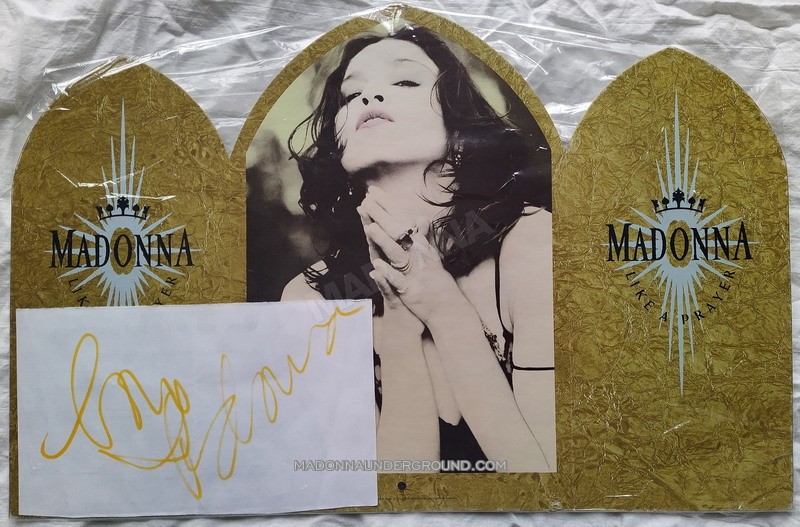 Will Julia Fox Costar in the Madonna Biopic? 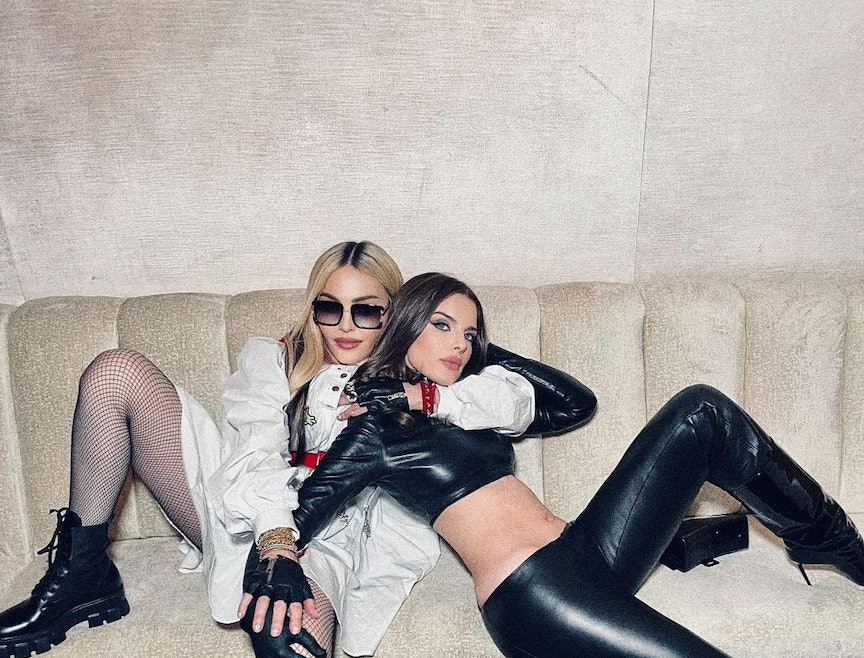 Yes, Madonna and Kanye West collaborated years ago, but Madonna herself gave a little bit more context to why she was spotted hanging out with with West and his new girlfriend Julia Fox this weekend: she’s casting for her biopic. Her interest, it turns out, was more about meeting Julia, with West and the rest of his entourage being an added bonus. “Went to dinner with Julia to talk about my movie and some other folks showed up…………………,” the queen of pop wrote in an Instagram post sharing fresh photos from the power hang.

Footage has emerged of Madonna, Kanye West and a host of notable celebrities listening to Drake together in LA last night (January 12).

It’s currently unclear what occasion brought the group – who also included former boxer Floyd Mayweather, NFL player Antonio Brown and West’s girlfriend, Julia Fox – together, but footage and photos from the event have since been posted online overnight.

Hollywood Unlocked‘s Jason Lee, who was part of the gathering, shared footage of the moment in question, with West, Madonna and co. filmed listening to Drake’s ‘Come Thru’, a bonus track on his 2013 album ‘Nothing Was The Same’.

Travel back in time to 1989 and check out a massive collection of original newspaper and magazine articles on Madonna’s “Like a Prayer” album.

Countless magazine covers, album reviews, interviews and gossip! Everything has been labelled with original source and date (if available). 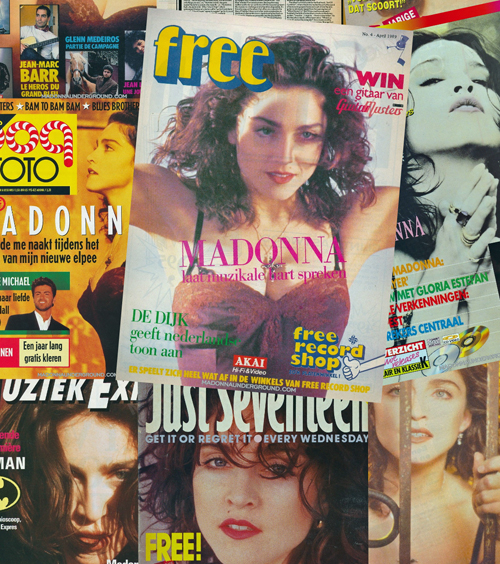 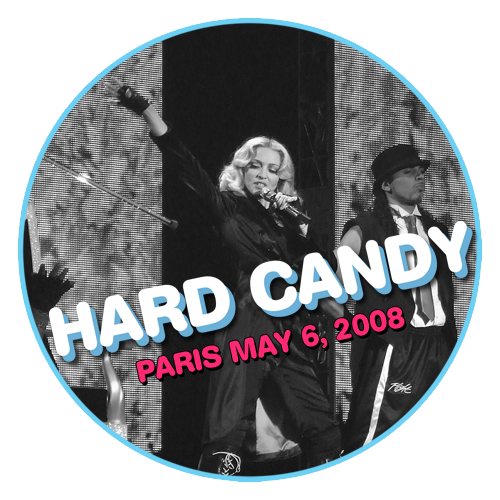 Example below is a rare Dutch promotional advert. 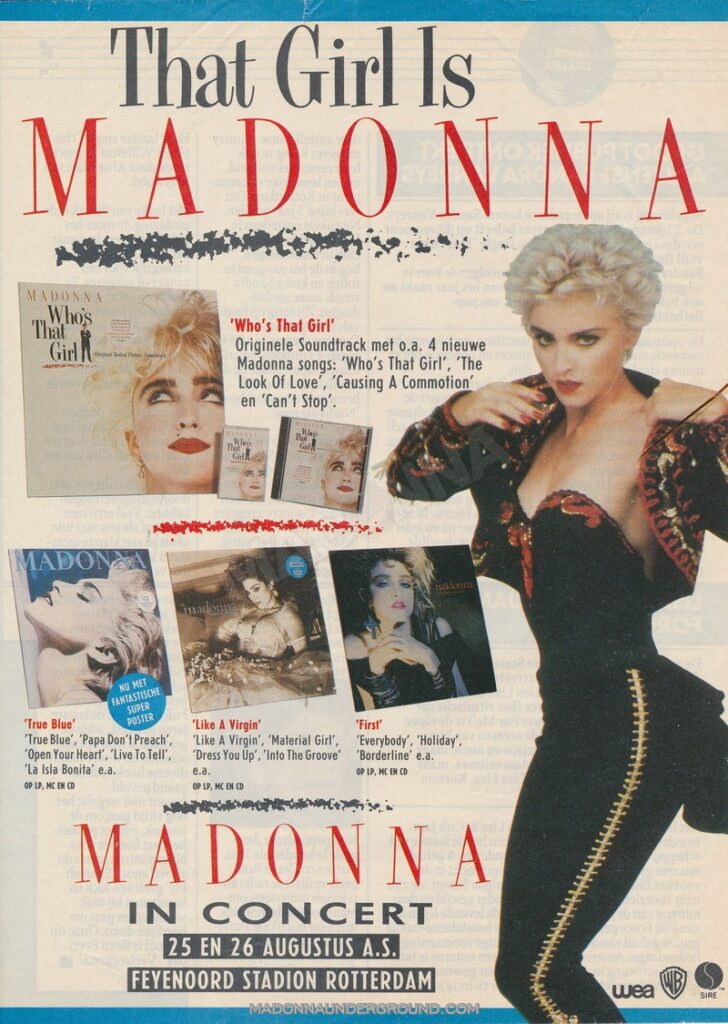 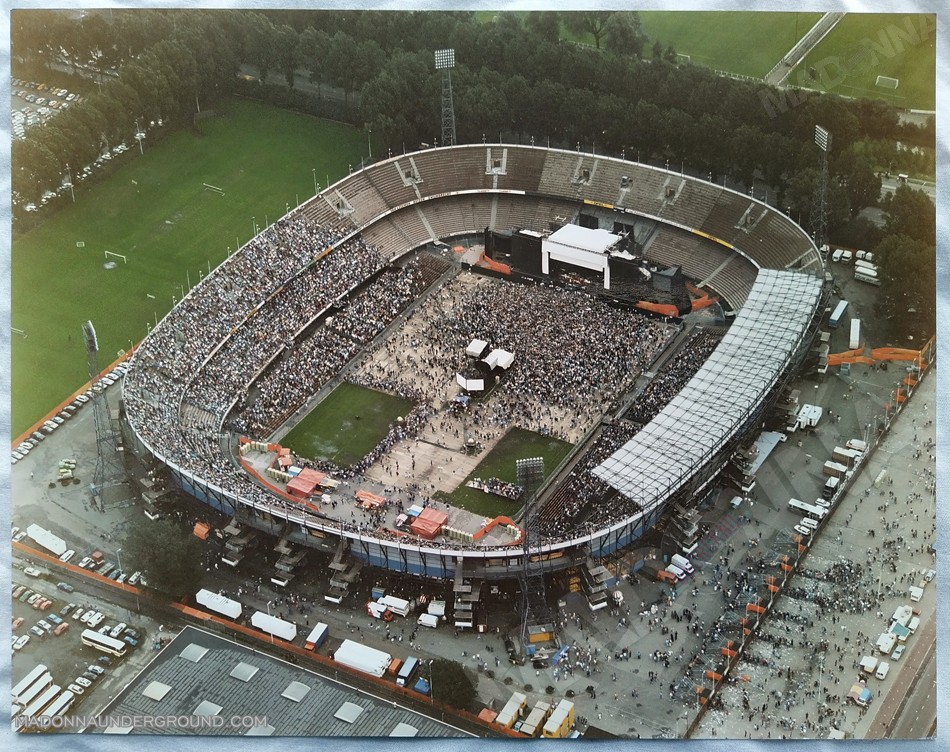 Oliver Hudson, son of Goldie Hawn, recalled the time when Madonna called his house to ask if then-boyfriend Warren Beatty was visiting

Oliver Hudson had quite the star-studded childhood. 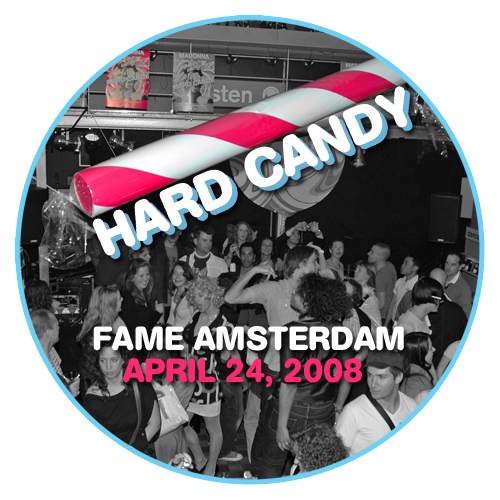