Madonna: the “Madame X Tour” arrives at the Grand Rex in Paris this weekend

The big day has arrived ! The “Madame X Tour” arrives in Paris for 11 performances scheduled from this Saturday, February 22, 2020. This series of concerts will close the tour that started in September in New York and then passed through Boston, Philadelphia, Miami, Lisbon and London for the promotion of the album “Madame X” released last summer.

What does Madonna have in store for her French fans?
As reported by the AFP, since the start of her tour, Madonna has offered a show combining song, dance, one-man show and shows a real artistic proposal, while being in constant interaction with her audience. The American star chose to perform in theaters to strengthen proximity with his audience. “I wanted to offer a different experience. You know, I’ve been doing this for 30 years, I’ve played everywhere: in arenas, stadiums, festivals, Colosseums … I wanted something new. This new experience is more intimate. I want to be close to the public and be able to feel them, ”she explained to us during her Chérie FM interview.

A political and committed show
Madonna has imbued her show with her commitments and tackles in turn sex, politics, religion, feminism, hedonism. This two-and-a-half-hour show was introduced by a phrase by American writer James Baldwin: “Artists are there to disturb the peace.” A replica that the rebel star had chanted to brave the forced closure of his London show on Wednesday, February 5. If the show promises to be colorful, fans will be prohibited from filming it as well as the artist’s team.

A rehearsal tonight at Le Grand Rex? Many many card parked outside

Workers are STILL working on getting all the props of the Madame X stage inside Le Grand Rex, a lot of it is still out on the streets

Please once again disregard the old cancelled dates they are advertising…….. 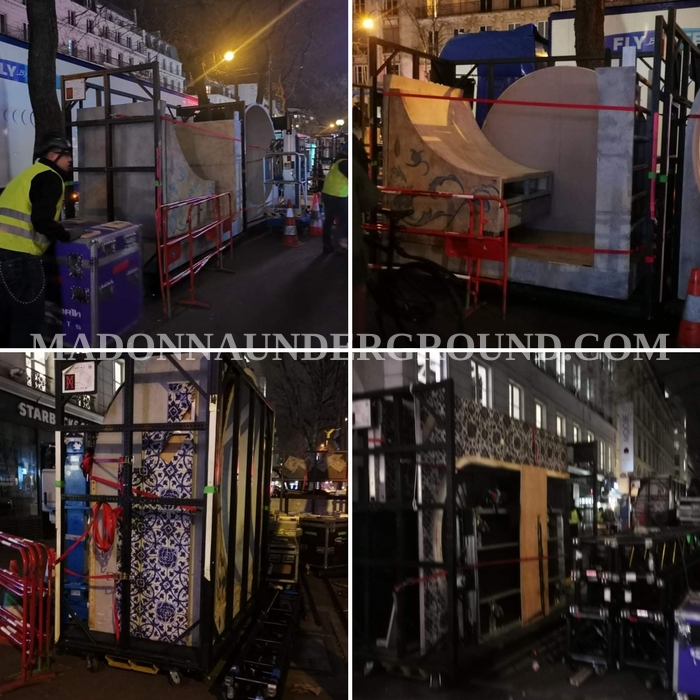 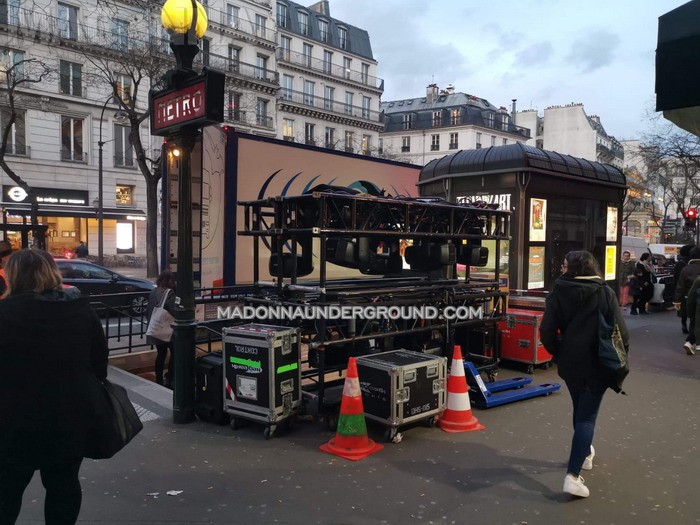 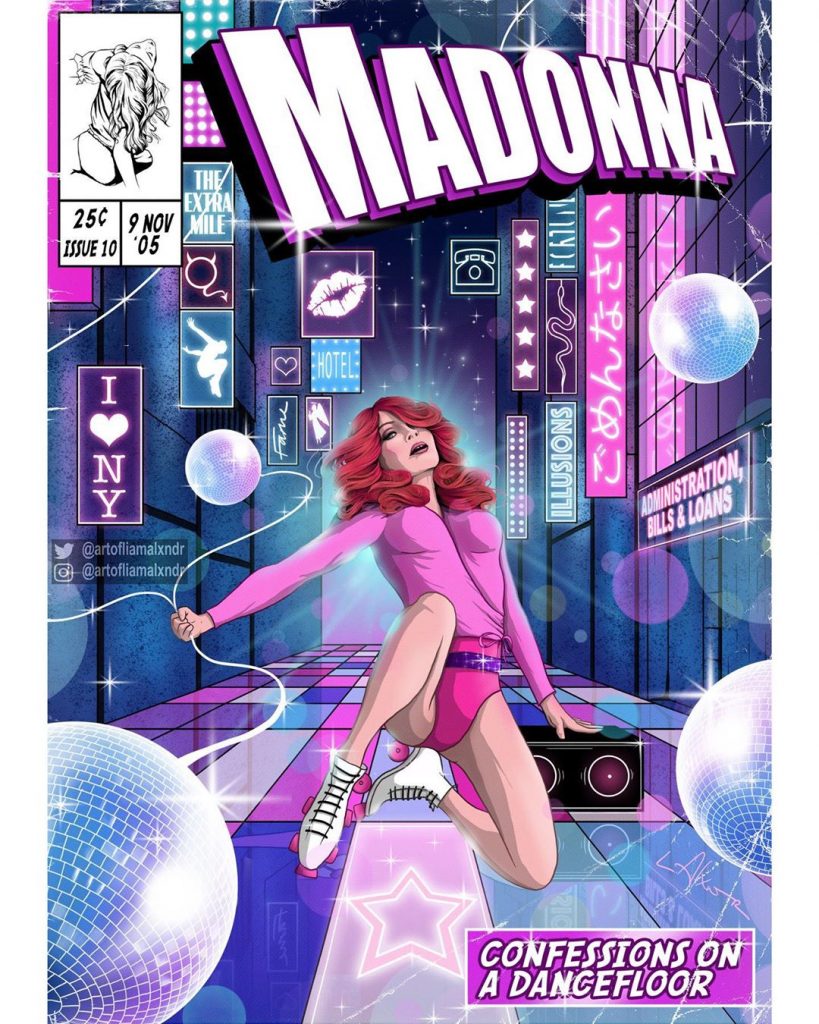 Madonna Makes History With 50 No. 1 Hits

For a long time, Madonna has been referred to as the Queen of Pop, and while that’s certainly a fitting description, she should also be known as the Queen of the Dance Floor, as her biggest songs have always performed well in clubs all around the world. The superstar is no stranger to scoring No. 1 hits on pop and dance charts, but her latest win is truly special, as she makes history by rising to the top of one of Billboard’s genre-specific tallies once again.

On the soon-to-be-published Dance Club Songs chart, which ranks “the most popular songs played in dance clubs, compiled from reports from a national sample of club DJs,” according to the media outlet, Madonna lifts from No. 2 (where she currently ranks) to No. 1 with “I Don’t Search I Find.” The song is her fiftieth chart-topper on the list, and that’s not just a record on that one tally.

According to Billboard, Madonna is now the first musician to collect 50 No. 1 hits on any chart. The company now compiles dozens of rankings every week, and throughout the decades, no artist has racked up as many leaders on any list as the Queen of both pop and dance now has on the Dance Club Songs roster.

“I Don’t Search I Find” is featured on Madonna’s recent album Madame X, which dominated the Billboard 200 last year for a single frame. The tune benefits thanks to a handful of popular remixes, which is common for a new cut from the singer-songwriter. It’s the fourth No. 1 from the set, following “Medellín” with Maluma, “I Rise” and “Crave” with Swae Lee.

Madonna already held the record for the most No. 1 hits on any one Billboard chart before this week, but reaching 50 rulers is a milestone worthy of noting. Country favorite George Strait has earned 44 No. 1 smashes on the Hot Country Songs tally throughout his career, which continues to stand as the second-greatest accumulation of leaders on any list.

Coming in a distant second place when it comes to No. 1s on the Dance Club Songs chart is Rihanna, who has pushed 33 tunes to the top. She reached that sum faster that Madonna did, and she will likely continue to add to her total whenever she has new music to share. 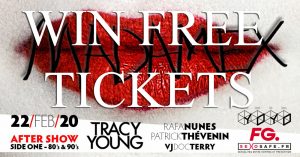 The winner of the 2 free tickets to the Madame X Aftershow Party with DJ Tracy Young on February 22 is:

Le Grand Rex are you ready for Madame X?

Madonna played the last night at The Palladium yesterday in London.

Starting with ‘Vogue’ people were presented with the short version of the show as expected (it was the 2nd of two in a row). The polaroid sold for 1.3K.

According to people present Adele and Bridget Fonda were there. People were once again raving about the evening.

Only 1 more show to go London!

Madonna wrapped up her 11th show at The Palladium in London last night, started on time.

She performed the full show and according to people there was absolutely on fire! She sold her polaroid for 2.5K and the beer bitch of the night was Gwendoline Christie (GoT). People present said that Penelope Cruz was there along with Guy Oseary.

There was a Piers Morgan reference during the ‘small penis joke’.

On to the final London show tonight!

Thank you to Monsieur Adi for the heads up!

A 400-foot-tall radioactive lizard is probably not what comes to most people’s minds when thinking of Madonna. Yet Joe Mantegna, who costarred with her in the 1993 film Body of Evidence, insists that comparing the iconic musician to Godzilla is meant in the best possible way.

“It’s not because of her acting ability, and not about her personally. It’s like working with Godzilla because she was so huge in the whole world,” Mantegna explains in the latest episode of PeopleTV’s Couch Surfing. He adds that the two of them “got along really well,” both while working on the infamous film and, earlier, on the original Broadway production of David Mamet’s play Speed-the-Plow in 1988.

“Some of the things about Broadway, I think, confused her a bit, because it was new territory for her,” the Criminal Minds star says. “So a lot of times, she’d call me at night, after rehearsal… because sometimes the director would say things to her that she didn’t quite [understand]. And I’d tell, her, ‘Honey, relax, don’t worry about it. Just do what you do, you’ll be fine.

Asked if he worried that Madonna’s star power and “notoriety” would “overshadow either of the projects,” Mantegna notes, “I think producers love that, because it’s like, ‘Well, we’re selling a lot of tickets.’” (Not exactly, in the case of Body of Evidence: The critically derided film grossed just over $13 million, on a $30 million budget.)

You can watch the Couch Surfing clip above, or head over to PeopleTV to check out the full episode

Find Out What Madonna Thinks of Her Historic 50th Dance Club Songs No. 1: Exclusive

Queen of Pop Madonna also continues to be the Queen of Dance Clubs, as the superstar collects her landmark 50th No. 1 on Billboard‘s Dance Club Songs chart with “I Don’t Search I Find.”

“Dance is my first love,” Madonna tells Billboard in an exclusive statement, “so every time one of my songs is celebrated in the clubs and  recognized on the charts it feels like home!!”

“I never take the support of my fans for granted and it’s always like the very first time.”

With the new No. 1 (on the chart dated Feb. 22, which will post to Billboard‘s website on Feb. 19), Madonna becomes the first act ever to score as many as 50 No. 1s on any single Billboard chart, extending her record over George Strait, who has earned 44 leaders on Hot Country Songs.

The Dance Club Songs chart measures reports submitted by a national sample of club DJs, and which launched as national survey in the Billboard magazine issue dated Aug. 28, 1976. Madonna continues to have the most No. 1s on the list. She outpaces runner-up Rihanna, who has 33 No. 1s.

“Search” was remixed for clubs by, among others, Honey Dijon, Endor and DJLW.

In collaboration with Beardrop db / db / db prod and RAPH we are giving away 1 x 2 tickets to the Madame X Tour Aftershow Party on February 22 in Paris!

This not to be missed party where none other than Grammy winner DJ Tracy Young will be spinning tracks, is the ultimate way to extend your Madame X evening.

What to do in order to win?

‘for which remixed Madame X track did Tracy Young recently win a Grammy?’

Please e-mail your answer to: madonnaunderground@gmail.com before this coming Monday!

These are earlier articles on cancelling the first London show, Madonna’s injuries and much more.