A new exhibition titled Paparazzi has just opened in the recent Pompidou Center in Metz, France (not the one in Paris).

Here are the pictures featuring Madonna 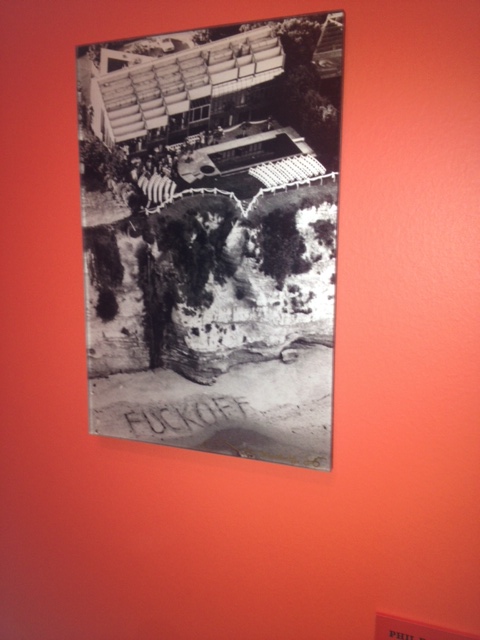 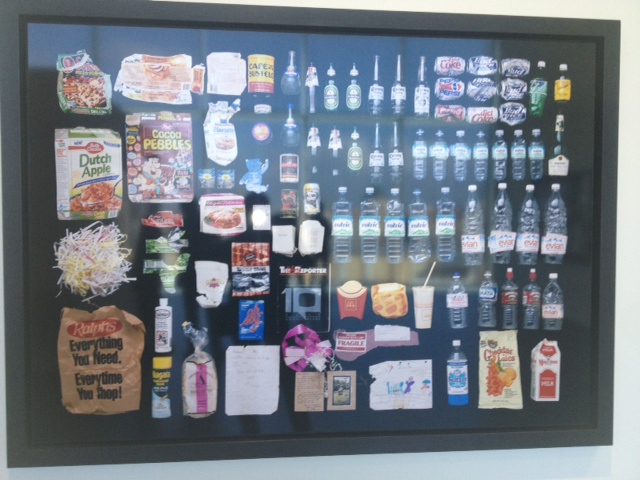 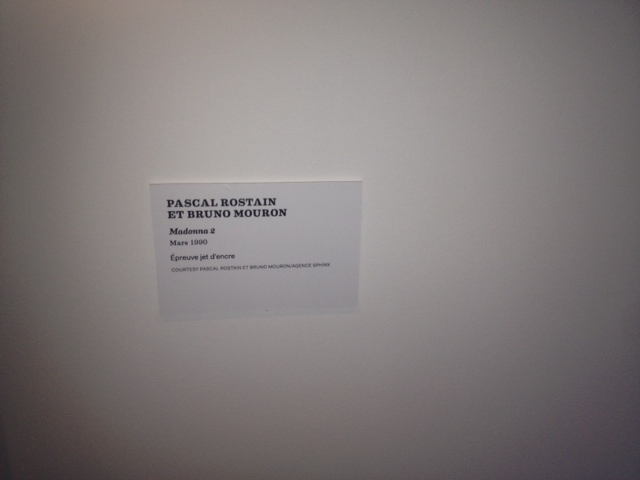 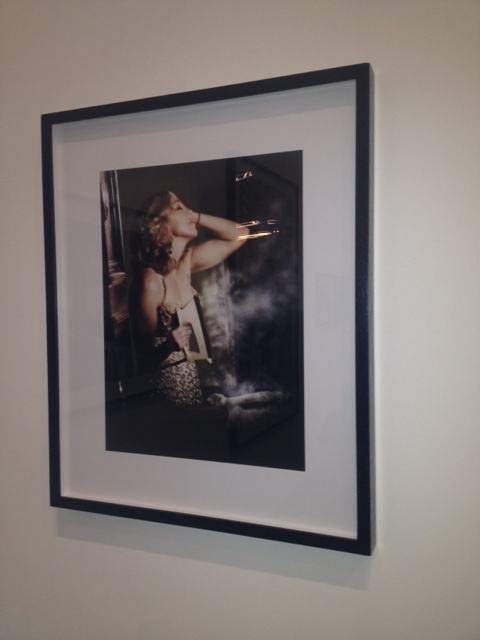 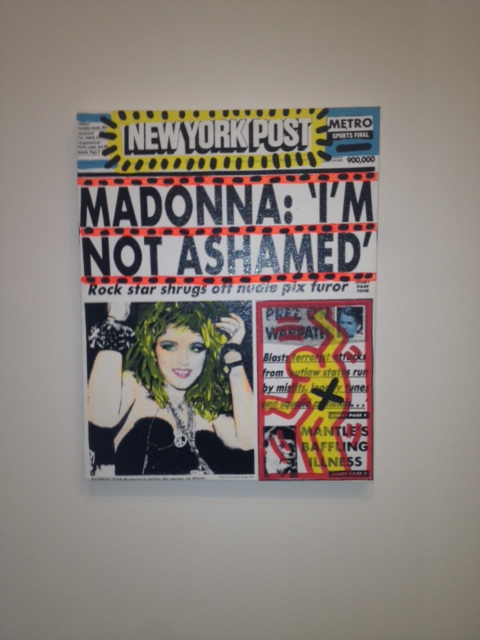 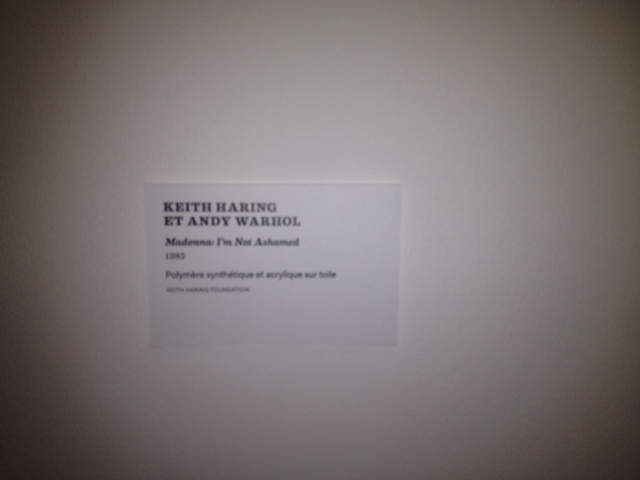 ‘Another bash is Madonna’s After Party, which will be held at the mansion of Guy Oseary, her manager. Hollywood A-listers such as Sandra Bullock, Leonardo DiCaprio, Christian Bale and Salma Hayek-Pinault are expected to attend. This one is sponsored by Gucci….’ 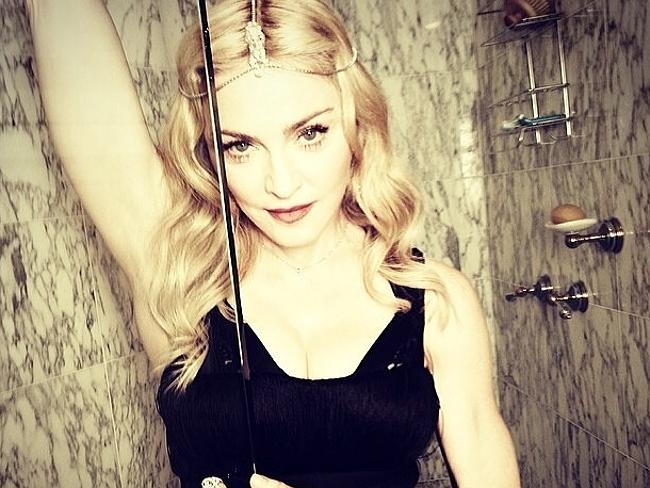 Madonna USA TV report on Pepsi / Like a Prayer controversy 1989

To celebrate the 25th anniversary of the broadcast of the infamous withdrawn PEPSI commercial, please take a look at our extensive Like a Prayer/Pepsi promo tour page. Tons of articles and withdrawn memorabilia such as the incredibly rare withdrawn Dutch Pepsi promo CD case!

Pepsi video and can

Sometimes you have to get dirty before you can feel clean. Underneath the darkness there is light! #revolutionoflove

Madonna recently made waves for posting an Instagram photo of her teenage son posing with bottles of gin and vodka. And 25 years ago, she was stirring controversy over another beverage: Pepsi.

In January 1989, the pop provocateur inked a $5 million endorsement deal with the soft-drink brand. On March 2, 1989, Madonna debuted “Like a Prayer,” the title track of her fourth studio album, in a two-minute television commercial called “Make a Wish.” The flashback-fueled spot saw her watching a black-and-white home movie of her 8th birthday, and interspersed footage of the young girl with shots of adult Madonna dancing in the street and in a church with a gospel choir.

The fairly innocuous ad aired during NBC’s The Cosby Show, and it seemed unlikely to offend anyone. But when Madonna premiered the actual music video for “Like a Prayer” on MTV the following day, viewers were singing a different tune.

The video’s imagery, which included burning crosses, stigmata and the seduction of a saint, drew the ire of religious groups and customers, who assumed it was part of the Pepsi ad.

“When you’ve got an ad that confuses people or concerns people, it just makes sense that that ad goes away,” Tod MacKenzie, a spokesman for Pepsico Inc., told the New York Times.

And go away, it did. Though the commercial was canceled, “Like a Prayer” spent three weeks at No. 1 on the Billboard Hot 100 chart that spring, and Madonna reportedly kept the $5 million fee.

The once-incendiary hit went on to become one of the most celebrated songs in Madonna’s canon, and it was even featured in her 2012 Super Bowl halftime performance – no small feat in the post-Nipplegate era. But one thing that hasn’t changed is the Material Girl’s earning power: According to Forbes, Madonna was the highest paid musician of 2013.

Watch the banned Pepsi commercial above, and the “Like a Prayer” music video below.

Get “Into The Groove” of Madonna’s workout!

Madonna, with her personal trainer Nicole Winhoffer, opened the eighth location of Hard Candy Fitness in Toronto earlier this month, and Madge herself sweated it out to celebrate.

The 55-year-old Material Girl helped to lead 50 members of the gym in the “Addicted to Sweat” class on the gym’s opening day. Winhoffer designed the signature cardio and toning class based on the workouts she does with the pop legend six days a week and is offered at Hard Candy Fitness locations around the globe. “[The classes] are challenging and you will get a full body workout,” Winhoffer tells Us Weekly. “Dance is key and a big part of our workout.” 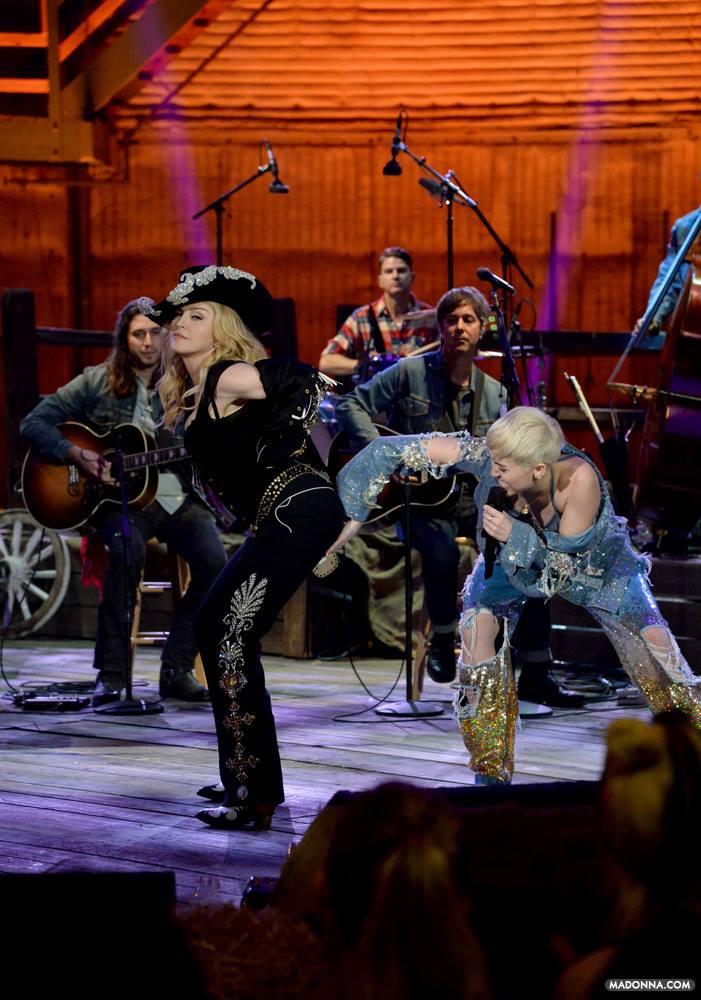 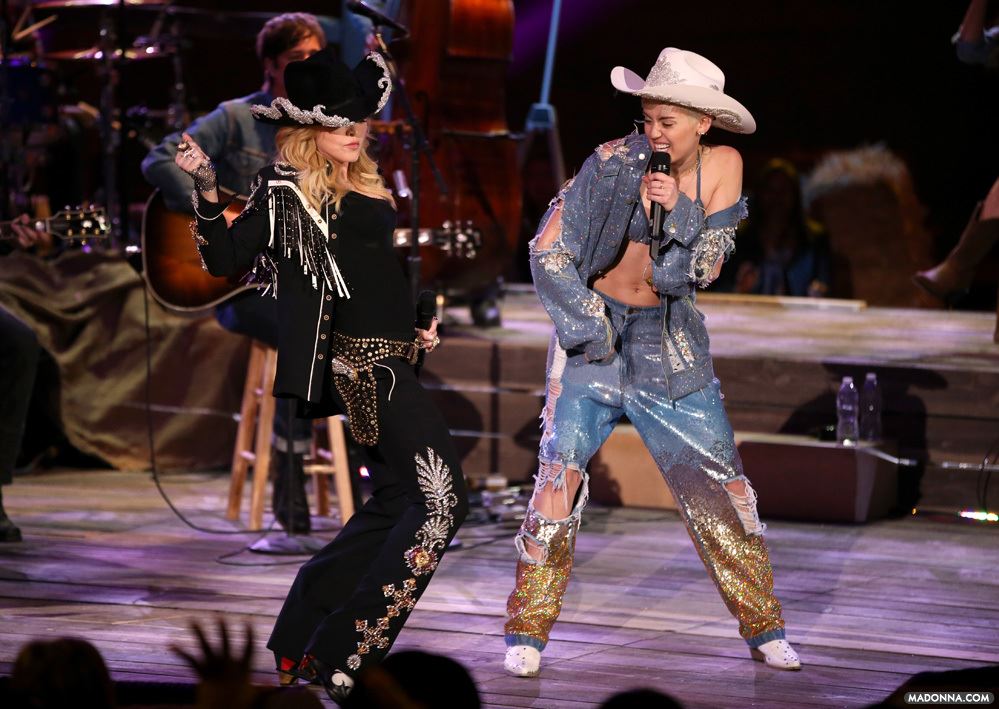 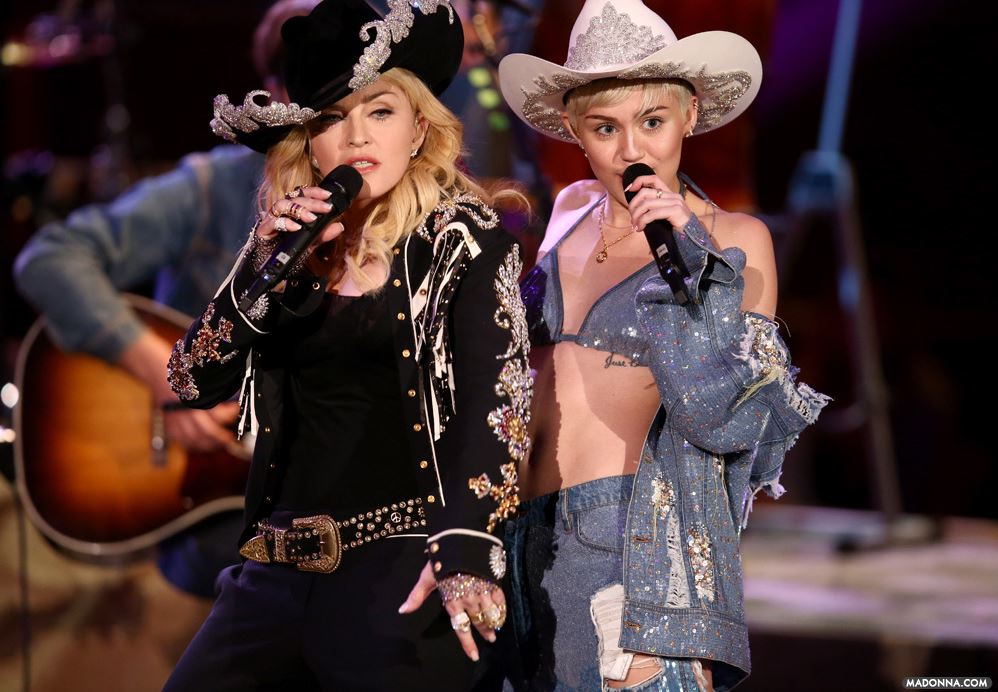 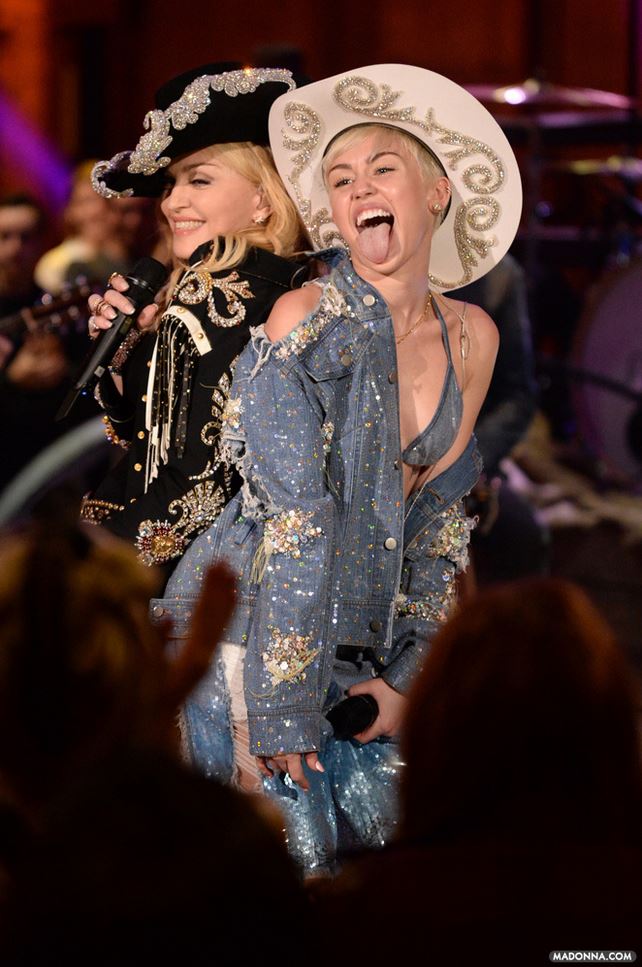 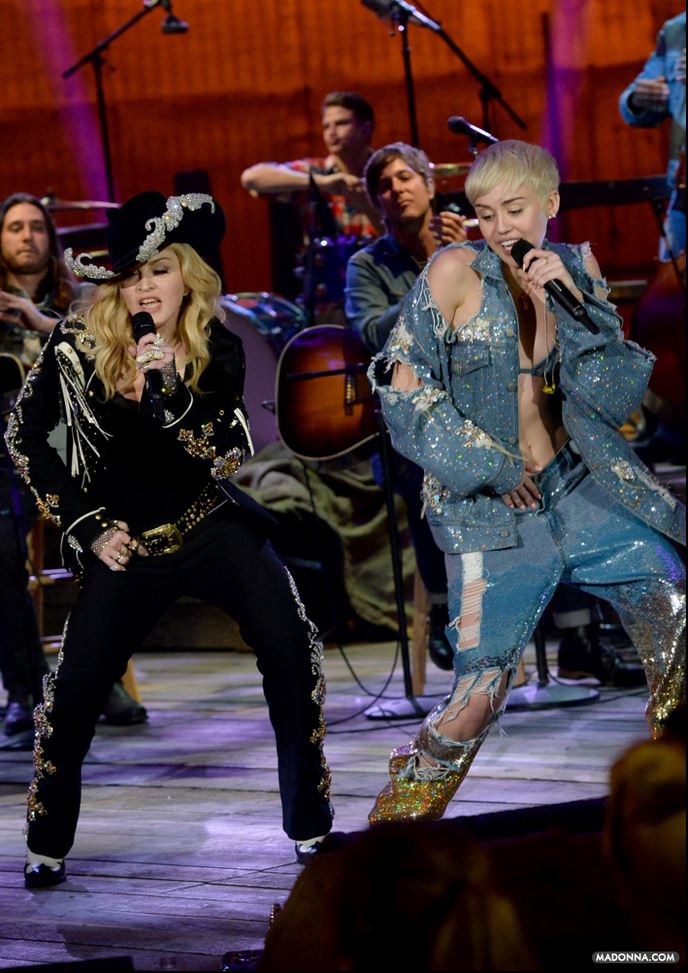 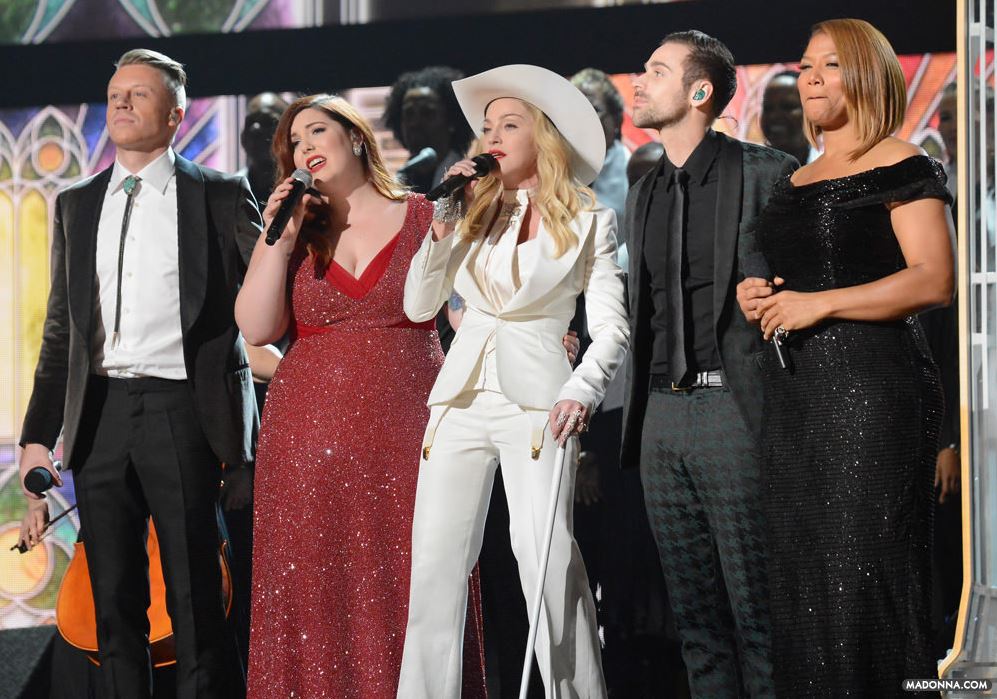 Madonna will be hosting the Oscars late night after party at a private home this Sunday, the party is sponsored by Gucci