Twenty five years ago today, Madonna released her controversial album ‘Like A Prayer’. Praised by critics and fans alike, the album became famous for two reasons. Firstly, it was the first time we’d really seen Madonna open up through her music. ‘Till Death Do Us Part’ talked about her difficult marriage to actor Sean Penn, ‘Oh Father’, dealt with her difficult life growing up in the suburbs of Detroit, Michigan, and the heartbreaking ‘Promise To Try’ discussed the death of her mother when she was just five years old.

It also gained notoriety for the title track’s music video, which got the whole world talking. While previous videos for the likes of ‘Papa Don’t Preach’ and ‘Open Your Heart’ had caused a stir for their controversial themes – not to mention Madonna’s barely-there outfits – it was the video for ‘Like A Prayer’ that catapulted Madonna to the ranks of music video heavyweight, and proved to the world she really meant business.

Featuring burning crucifixes, a sex scene on an altar, a murder and a rare glimpse of Madonna’s hair in its natural state – the ‘Like A Prayer’ video shocked the world and changed the way we viewed music videos. Still listed as one of the most shocking and outrageous clips of all time, ‘Like A Prayer’ is undoubtedly one of the most important jewels in Madonna’s crown, and a big reason why she’s still viewed by so many as an icon decades into her career.

But ‘Like A Prayer’ isn’t the only music video that’s caused a stir, plenty of other artists have made waves with their own shocking videos…

Madonna Posted Her Butt On Instagram And Then Took It Down: See The Racy Pic

God bless Madonna‘s Instagram account. When she’s not dressing up as a Game Of Thrones character or cleaning her bathroom in fishnet stockings, the ever-controversial pop legend is shedding her clothes for our viewing pleasure. (That duet with Miley Cyrus obviously rubbed off on her).

Last night (March 20), after a couple of drinks (I’m guessing), Madonna posted a picture showcasing her pert butt with the upsetting message — given her pose — of “looking for love in all the wrong places”. She looked great and it got fans clicking the ‘like’ button but the post was taken down shortly thereafter. See the full pic after the jump.

MADONNA – Hosts A Late Night Show In 1985 from Videodrome Discothèque on Vimeo.

To celebrate its 25th anniversary on March 21, here’s our track-by-track look back at Madonna’s classic studio album, 1989’s “Like A Prayer.”

By early 1989, the world had come to know Madonna as a dance-pop provocateur with quirky-sexy style. She was the biggest female celebrity on the planet, and yet for all her fame, few realized just how much pain and self-doubt this soon-to-be-divorced 30-year-old lapsed Catholic from Detroit was carting around. With “Like a Prayer,” that would all change.

Recorded amid the dissolution of her marriage to actor Sean Penn, “Like a Prayer” was Madonna’s most introspective and eclectic album to date. Unlike the three that came before, it blended classic psychedelic rock with then-current synth-pop sounds. And now, a quarter-century after its March 21, 1989 release, it doesn’t sound a bit dated. Lyrically, it’s about growing up, moving on from bad romance, and getting right with God and family. At least two of the songs center on the death of Madonna’s mother, a childhood trauma that had a strong part in making the singer who she is.

Like a fur-gin! Madonna proudly shows off hairy armpits in risqué fetish wear

But we reckon that this time, the style icon’s latest take on fashion won’t have as many followers.

The 55-year-old gave fans quite the sight over their cornflakes as she posted a snap of herself proudly sporting very fuzzy armpits.

Holding her arm behind her head, Madge displayed a furry patch of brown hair growing from her underarm – signalling that she has ditched the razor to go au naturel.

The Like A Prayer singer hadn’t just forgotten to shave in the shower, though. The 80’s icon explained her decision to embrace the fur, writing: “Long hair…… Don’t Care!!!!!! #artforfreedom #rebelheart #revolutionoflove.”

While hairy armpits may be a serious feminist statement, we can’t really imagine her fluffy accessories going very well with skimpy summer outfits.

In fact, her patch of hair clashed wildly with her overtly sexual ensemble in the selfie.

The raunchy star showed off some seriously squished cleavage in a silk and lace black bra, featuring a fetish-style boned corset attached.

Teaming the S&M lingerie with a bow tie around her neck, Madonna looked like she was about to head off to a bondage club.

With a curl of bright blonde hair falling into her face and plenty of rouge applied to her cheeks, Madge could have pulled off the seductive selfie – if it weren’t for the unshaven pit stealing our attention.

Madonna is no stranger to the controversial Instagram post, having littered her feed with some very provocative poses.

The mum-of-four documented her morning cleaning routine by snapping herself licking a shower door, while she shocked followers with a shot of her derriere in skimpy pants and fishnets – which she swiftly deleted.

The queen of pop also showed off her fangirl qualities as she dressed up as a character from Game of Thrones.

Strapped into a leather corset with dragon ornaments on her shoulders, Madge gave her best impression of Daenerys Targaryen, played by Emilia Clarke.

But this wasn’t just any handmade costume – the Hung Up singer actually borrowed the costume from the set itself.

Hey, when you’re the first lady of pop, you can do whatever you want. 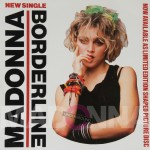 This rare promotional inlay flat for the official shaped picture disc to Borderline, has now been added to our The First Album Promo Tour

‘I thought I was dreaming!’ Emilia Clarke on Madonna asking to borrow her Game Of Thrones costume

Emilia Clarke’s Game Of Thrones impressive costume has been much replicated by fans.

But when Madonna decided to dress up as her character Daenerys Targaryen, she wanted the real deal.

‘I thought I was dreaming,’ she told Jimmy Fallon on The Tonight Show.
And she explained: ‘I got an email [from HBO’s publicity department] asking “Madonna wants to borrow the costume is that ok?”
‘I was like ‘I must be dreaming.’

Looking for Love in all the wrong places! Fear makes you focus……#rebelheart

Madonna recently donned the Daenerys Targaryen look from “Game of Thrones” to celebrate Purim, posting the results on Instagram over the weekend, and the Mother of Dragons, or rather, the woman who plays her – Emilia Clarke – was impressed.

“Oh my goodness. It’s insane. I thought I was asleep, I thought I was dreaming,” Emilia told Access Hollywood at Tuesday night’s “Game of Thrones” premiere at Lincoln Center in New York City of seeing Madonna dressed as her character.

For Gwendoline Christie, who plays Brienne of Tarth, a character that challenges female stereotypes in HBO’s fantasy drama, it was a big deal.

“I got really, really excited. Madonna’s always been a favorite of mine. I love her strength and her transformative nature and the idea that she might be dressing up as a brilliant character in the TV show I’m in is pretty exciting,” Gwen told Access.

Eurosong-jury member Jef Martens declined the request to write songs for Madonna. Due to his work with Mika at the moment, he does not have the time.

Martens was sent the request to write songs for Madonna. “I work regularly with Interscope, her record label”, he explains to De Standaard. “That is why I was asked. But with a project such as that, multiple writers are brought together in studio’s in Los Angeles; there are no guarantees of the destination of the songs and whether or not you will be working with Madonna or not.”

That is why Martens declined, he has current projects with Mika and Natasha Bedingfield.

Madonna, who was found of wearing Scott’s fashion designs, told the Associated Press she was devastated to learn of the former model’s death. “This is a horrible and tragic loss,” said Madonna. “I’m so upset. I loved L’Wren’s work and she was always so generous with me.”

From an article by International Business Times 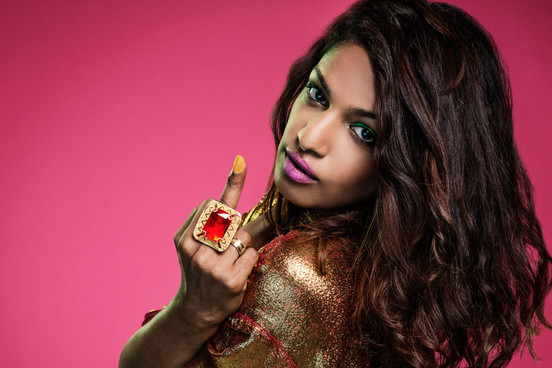