Day turns into night. I wont give up the fight. Don’t want to get to the end of my days ……saying I Wasn’t amazed! #revolutionoflove
– MADONNA

So impatiently fuckin waiting for this Madonna/Avicii masterpiece to drop!

Madonna Proves that #HarderIsBetter in Toronto

Madonna
Trying to sum up the ways in which Madonna — she of the cult coffee table books, wedding dress-writhing and Evian bottles — has influenced sex in a few sentences is absurd, but Sara Marcus came close in her 2012 Salon ode to her Madgesty, writing: “Her visionary assault on American prudery, her revelatory spreading of sexual liberation to Middle America, changed this country for the better. And that’s not old news; we’re still living it.” 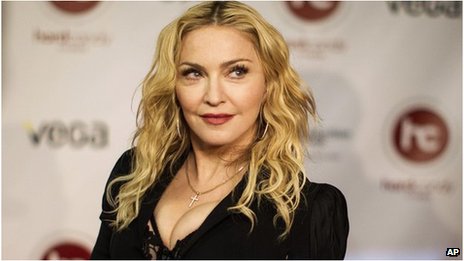 Madonna is getting back into the director’s chair.

The performer, who last directed 2011’s stylish period romance W.E., is attached to direct Ade: A Love Story, an adaptation of the debut novel by Rebecca Walker.

Bruce Cohen is producing the indie adaptation via his Bruce Cohen Productions. Jessica Leventhal, the company’s director of development, and Walker also are producing.

Walker, the daughter of The Color Purple author Alice Walker and civil rights lawyer Mel Leventhal, wrote about growing up interracial and with mixed religions in her memoir Black, White, and Jewish: Autobiography of a Shifting Self.

In her debut novel, published October 2013, Walker creates a narrator similar to herself (the mother is Christian while the father is Jewish). The story centers on a 19-year-old American student traveling with a feminist companion in Africa who falls in love with a young Muslim man on an island off the coast of Kenya. Their hastily made plans to marry, however, get blown away by cultural and political forces.

Although very much a love story, many of the themes and subjects in Ade are those Madonna has touched upon in envelope-pushing ways at the height of her music career. Sex, religion, race, lesbianism all figure into the story one way or another. Already a fan of the book, Madonna also provided a blurb that appeared in promotional materials.

CAA is arranging financing. Madonna and the producers on the hunt for a screenwriter to adapt the book.

Cohen was a producer on Silver Linings Playbook and is working on adapting the graphic novel The Fifth Beatle.

Madonna, repped by CAA, also directed the 2008 comedy Filth and Wisdom. The Weinstein Company released W.E., which, despite curiosity, only grossed $583,000 at the domestic box office.

Madonna is repped by CAA and Untitled Entertainment. Walker is repped by UTA, Anderson Literary Management, and Shep Rosenman at Katz Golden Rosenman.

When I told my deputy editor, who adores Madonna, that I was interviewing you he said, “Don’t ask him about Madonna — he hates Madonna!”
I don’t hate Madonna! That’s such rubbish. I mean I’ve said awful things about Madonna and I’m not proud of that at all — I’m really not proud of that because I didn’t know her. And like everyone, I’ve always secretly kind of been into her. I have a lot of her records and I think that really is the measure of what you think of someone. If I have like 5 or 6 singles of Madonna that I love, that makes me a little bit of a fan. I have a massive painting of her in my spare room that I got in the ‘80s from some shop on Broadway.

People do love to pit celebrities against each other.
There was a point where Madonna was just everywhere you looked and you couldn’t not comment! In the same way that it’s the same way not to have a comment about One Direction! They’re everywhere you look. And there was a point where Madonna was just everywhere, running around the park — she was just everywhere. And you can’t be that famous and not have people make comments, especially other people that are in your business. People are always asking me, “What do you think of this” and “What do you think of that,” but I don’t know her. I can’t see us ever being friends now but she’s going to be at this event that I’m going to tonight. I said to my friend, “If you can get a picture of me and Madonna, you’ll get a medal.” Can you imagine? I’d be really happy! It would be great to just have a photo with her and to fucking put this shit to bed. I don’t hate her at all!

Madonna on the cover of New York magazine 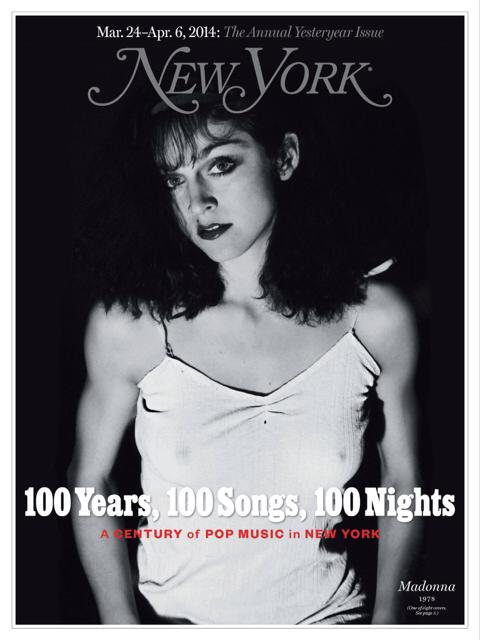 Day turns into night. I wont give up the fight. Don’t want to get to the end of my days……….saying I Wasn’t amazed! #revolutionoflove 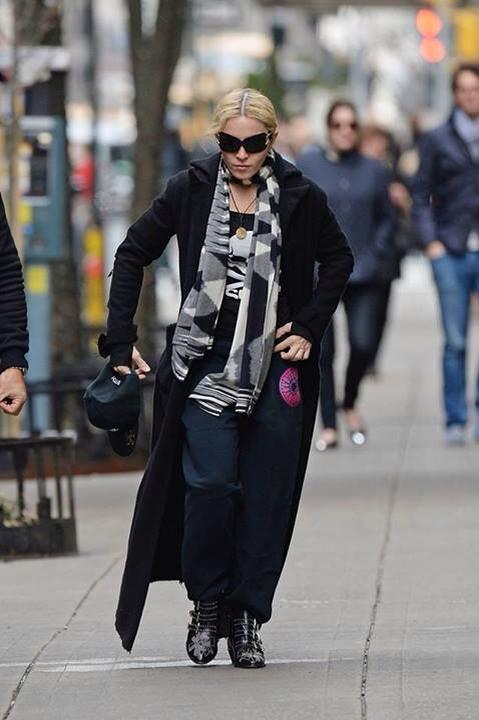 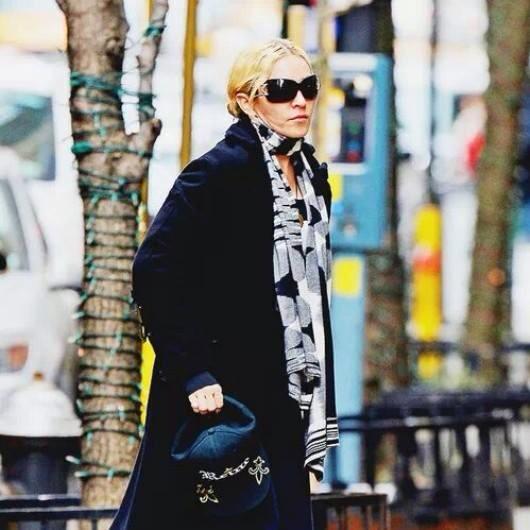 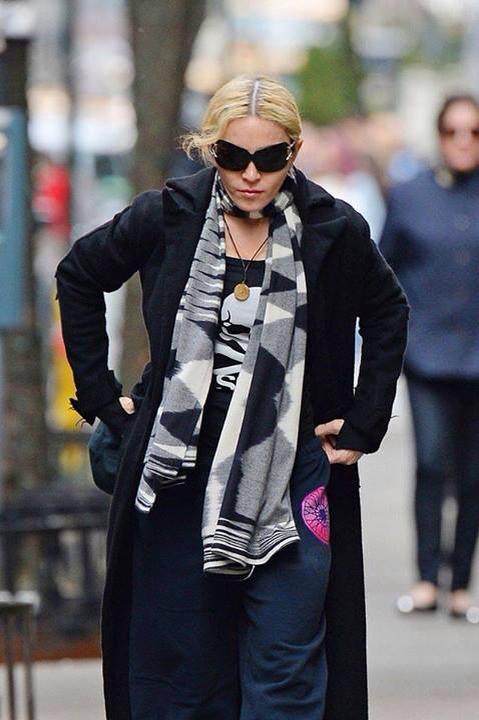 Blondes are ambitious! It’s a celebration! And a family affair!!! #PerezBday #Madonnathon

Like a Prayer back in the day in Dutch record stores

To continue on the celebration of Like a Prayer’s 25th anniversary, we have uploaded the two original Dutch ads for the album and the single, very scarce and very hard to find! They have been added to our Like a Prayer promo tour

Madonna Producer Patrick Leonard Talks ‘Like A Prayer’ at 25

Mention the name Patrick Leonard to a Madonna fan, and their ears should immediately perk up. After all, it was Leonard who co-wrote and/or co-produced many of Madonna’s classic hit singles like “Live to Tell,” “Open Your Heart,” “Frozen” and “Like a Prayer.”

The latter cut was the lead single and title track from Madonna’s 1989 album, which now celebrates its 25th anniversary. It was released by Sire/Warner Bros. Records on March 21, 1989, and shot to No. 1 on the Billboard 200 shortly thereafter. It spent six weeks atop the chart — her longest run at No. 1 for any album.

To celebrate a quarter century of “Like a Prayer,” Billboard spoke to Leonard — the primary co-writer and co-producer of the set — to discuss the making of the album and his recollections of working with Madonna. (Would you believe “Like a Prayer” was written in one day? And the entire album was written in less than two weeks?)

In our lengthy chat, we discuss everything from where Prince pops up on the album (it might surprise you), to Leonard’s all-time favorite song they did together. Not to mention those rumors that he’s working with Madonna on her next album.

In addition to his partnership with Madonna, Leonard has worked with many other artists, including Jewel, Elton John and Roger Waters. He’s currently working with Leonard Cohen on his upcoming album.

Madonna NewsMarch 21, 2014
Celebrate Like A Prayer’s 25th Anniversary with the album’s limited edition lithograph available on Madonna’s official online store for $25 and for 1 week only (while supplies last)!https://smarturl.it/LAP25 #Happy25thLikeAPrayer