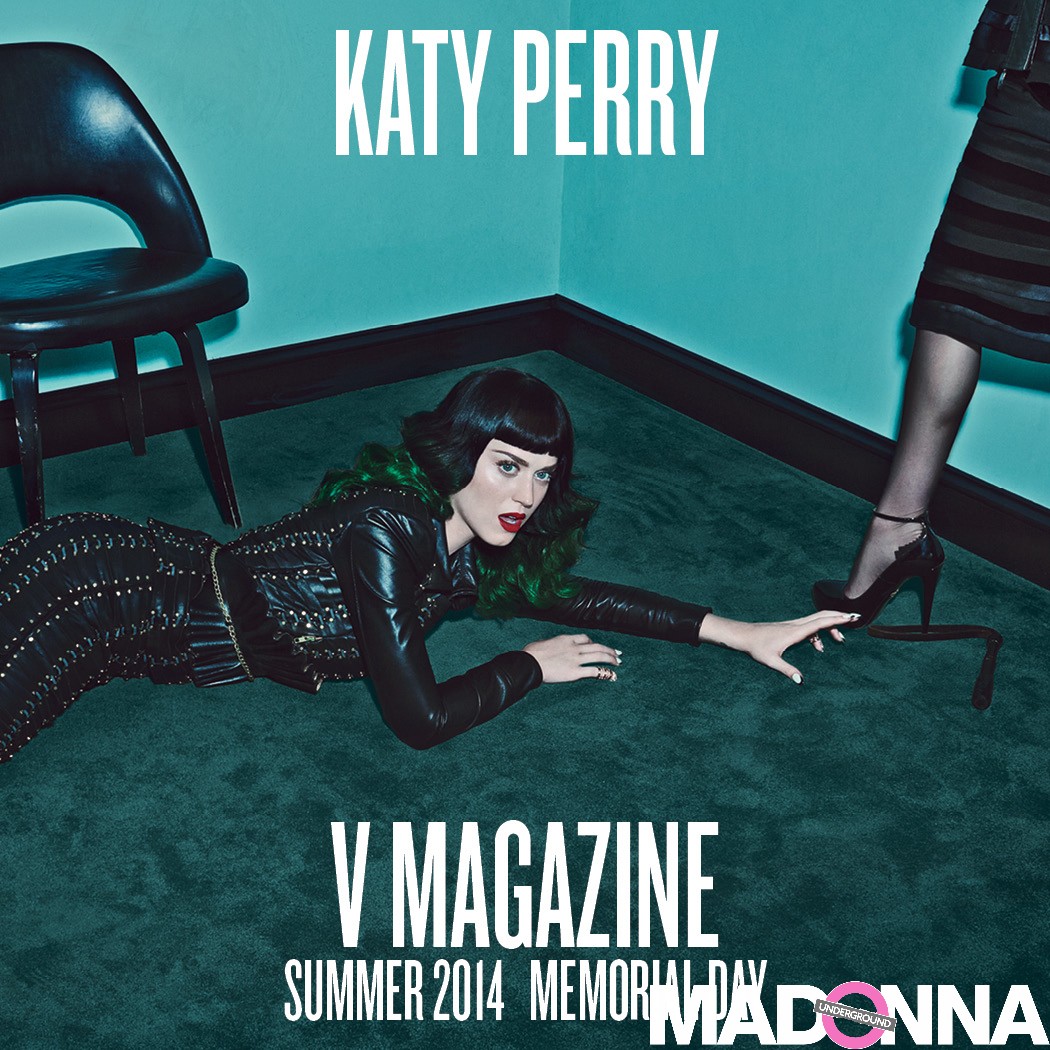 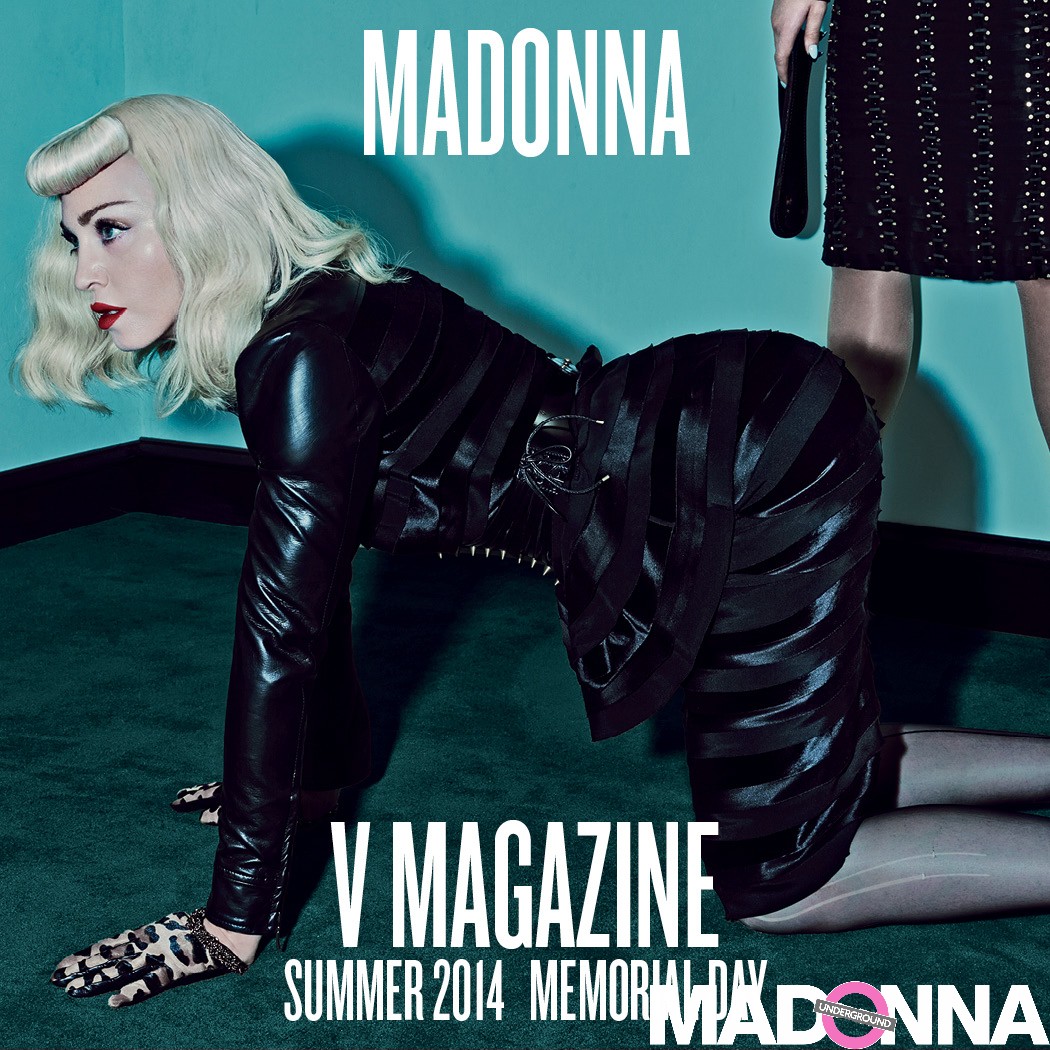 After a long and arduous winter, it’s time to bask in the sunshine. V want you to have a fulfilling summer season, and for that reason we’ve packed this issue with the best of what’s to come: faraway festivals (for the avid music fan) and the most enticing reads, exhibitions, movies, and so forth. Of course, who better to cap off this season of everlasting glow than the eternally youthful Material Girl, accompanied by pop’s reigning princess of the charts? In a worldwide exclusive, V Magazine and Steven Klein come together again to capture Madonna and Katy Perry in their element, under the sartorial eye of Arianne Phillips. Here, they delve into the importance of being creatively liberated, in a celebration of music, fashion, and artistic freedom. After all, isn’t that what summer is all about?

Pre-order your copy now and get it in your hands by Memorial Day!

V magazine got me like…..,……… Kneel down for what??????? @vmagazine This week. #artforfreedom #unapologeticbitch

Mmmmm my baby’s got a secret… @vmagazine

Times Up! @globalfundforwomen.org is a charity i support and you should too! Don’t take the fact that you are free for granted. #Messiah

Over 270 girls were kidnapped for going to school in Nigeria! They are still missing! I’M outraged and you should be too!! I’m supporting @globalfundforwomen.org Join me and take a stand!!!!!!! #Bringbackourgirls #revolutionoflove

Read Much.? ………..try this old fashioned cure for insomnia, ignorance and lack of imagination! #thegoldfinch #unaplogeticbitch

We’ve been sworn to secrecy, but the music speaks for itself

Due in no small part to the success of a couple of Parisian robots, disco is fully back in vogue these days. With its buoyant analog chords, filtered funk synths, and vocoded hook, this blistering tune by a shape-shifting dance legend takes a few cues from the Daft Punk playlist and is a flawless fit for the times.

Billboard was given an exlcusive listen to this forthcoming track, but we’ve been sworn to secrecy on the exact artist’s identity. But, after a fair amount of begging, we were given exclusive permission to leak this 50-second snippet to the world. For now, the music will have to speak for itself.

Check out the tease above, and stay tuned for the big reveal coming soon. (And feel free to hit @billboard on twitter with any guesses about who the secret star might be.)

From an article by Billboard

Italians do it better! @l’uomovogue #iconic 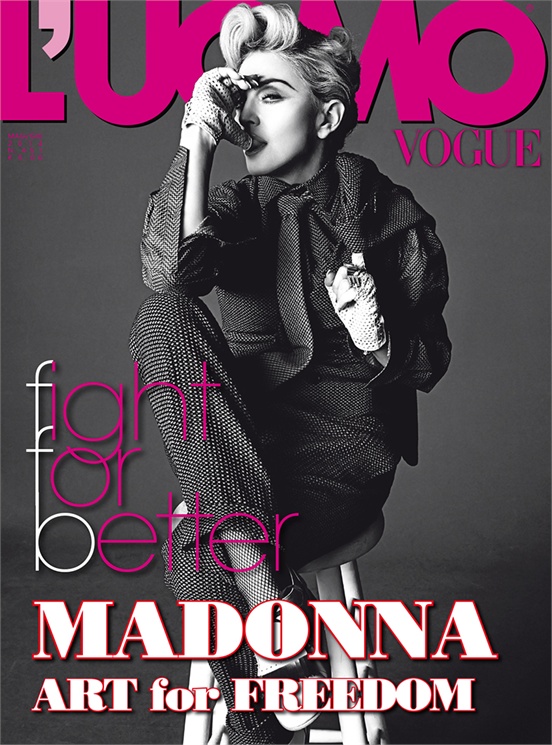 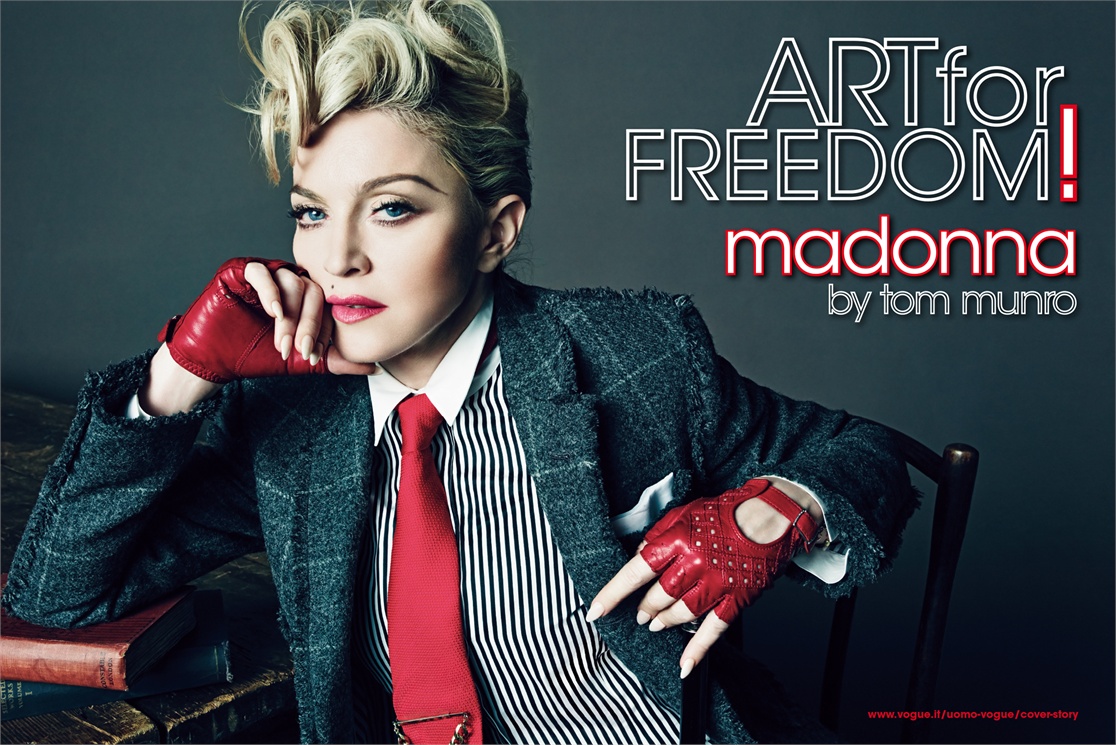 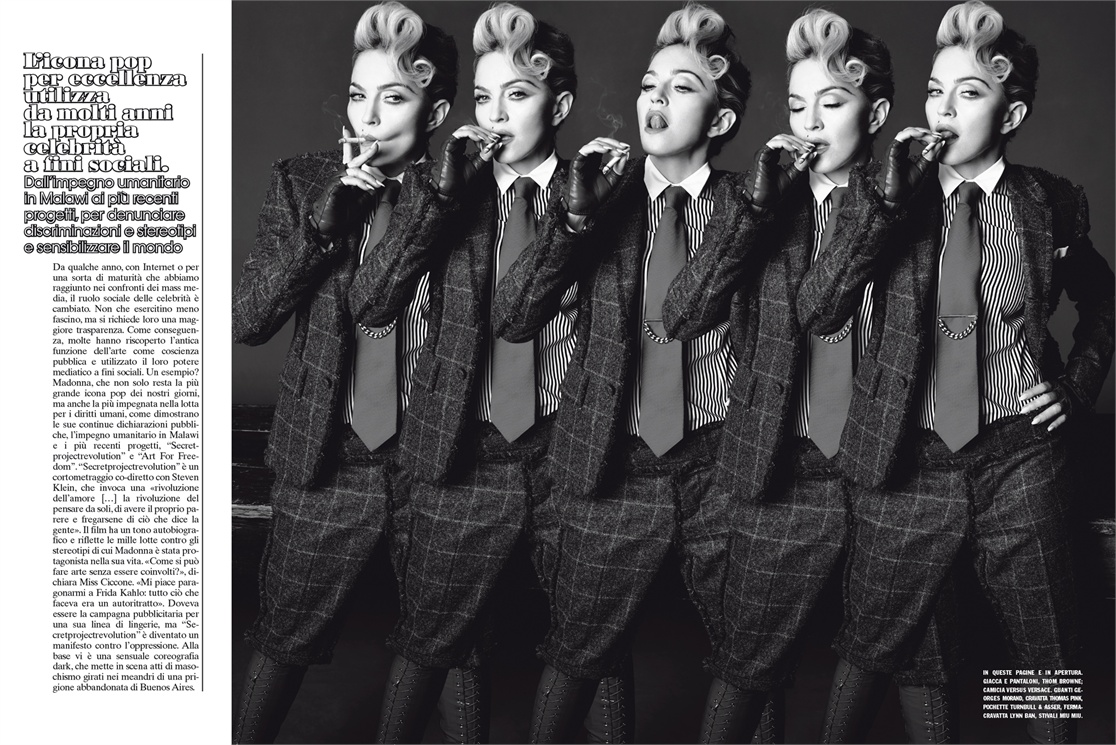 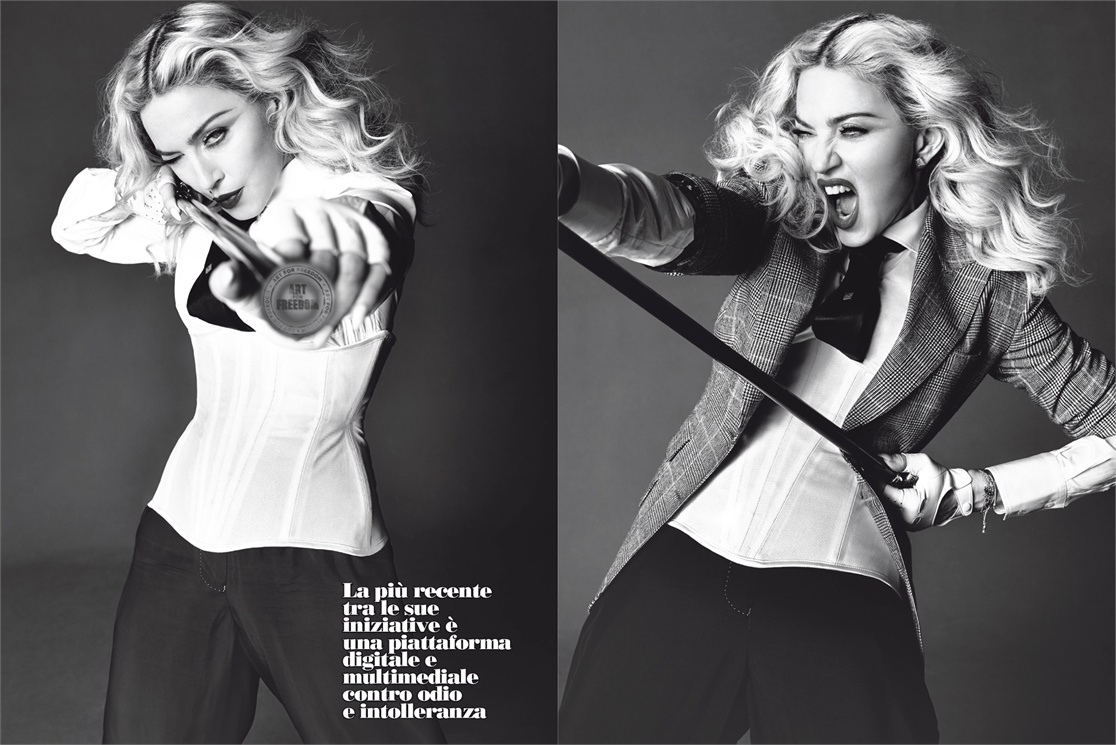 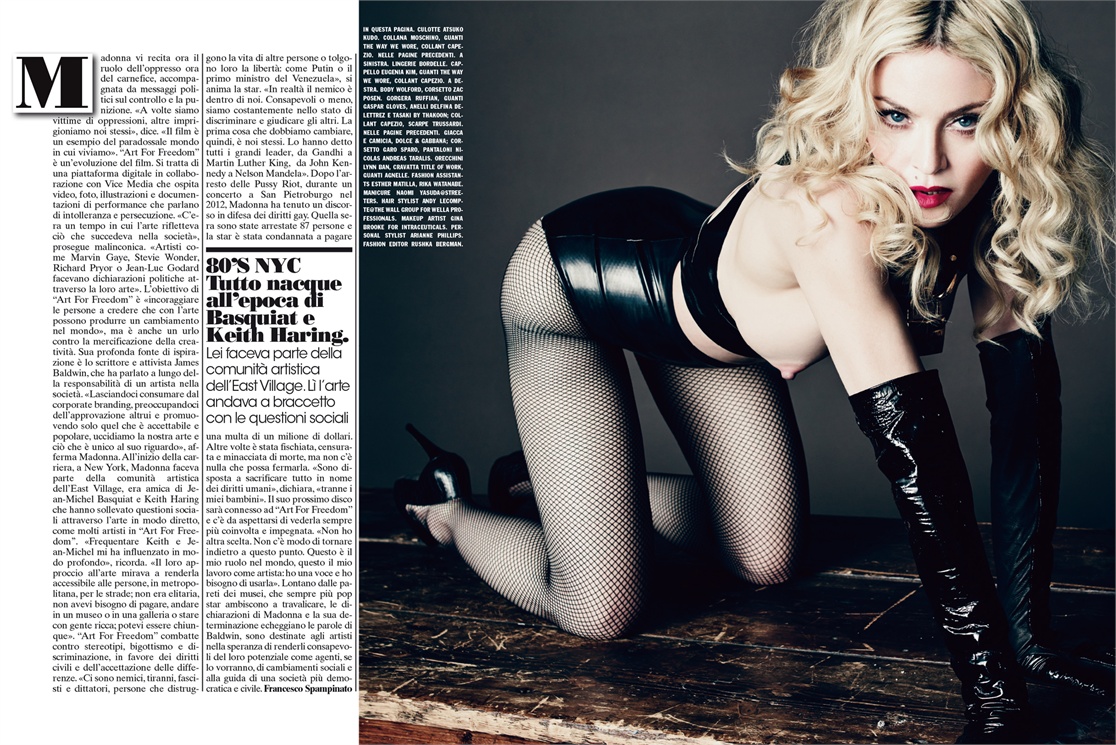 The Hard Candy Fitness (HCF) chain started by Madonna and New Evolution Ventures chair Mark Mastrov looks likely to be expanded across Europe, after one of its biggest rights-holders began a fundraising programme to fuel further growth.

Jopp AG, which operates a number of HCF clubs in Germany and also holds exclusive rights to operate under the HCF brand in Austria and Switzerland has revealed intentions to open additional clubs financed through a bond issue.

Jopp AG opened its first HCF in Berlin in September 2013 and has since launched the HCF Women brand which it has applied to a number of its existing Women’s Gym Jopp & Jopp clubs.

The company has issued a bond with a maximum volume of €5m (US$6.9m, £4.1m), over a five year term with an annual interest rate of eight per cent. The bond offering was then lengthened until 30 April after around €1.5m (US$2.1m, £1.2m) had been raised and reports in German press suggest the deadline may be extended further.

#TBT This @madonna watermarked #cd was hand delivered to me a few days after I got the call to go on the road with her in ’08. This man literally waited on my doorsteps for 30 mins just so he can personally hand it to me when I got back home. I thought I got involved with the CIA. #TopSecret #UnreleasedMusic #CandyShop #HardCandy #PromoTour #StickyandSweet #4mins #FirstShow #Rehearsals #RoselandBallroom