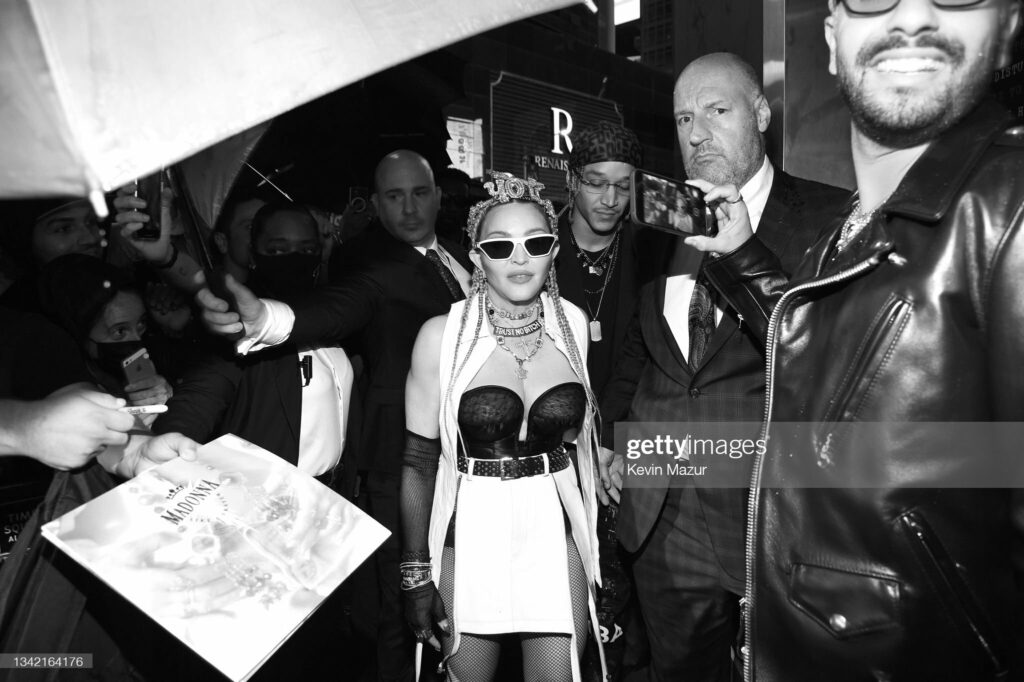 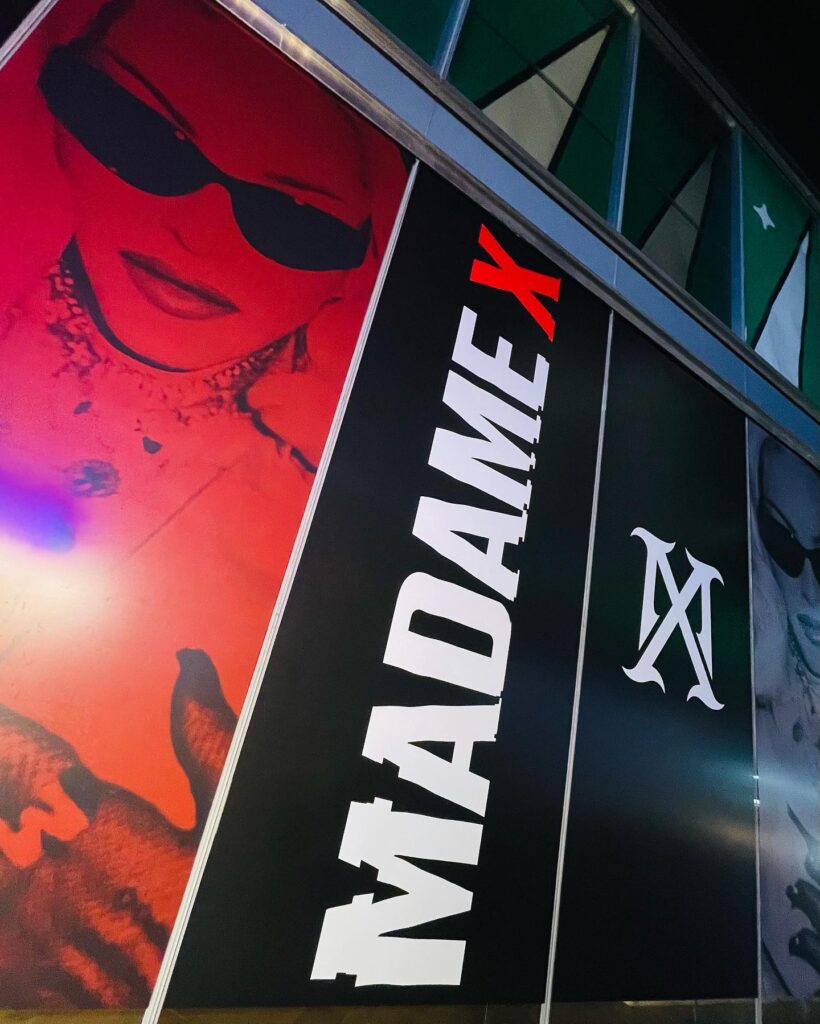 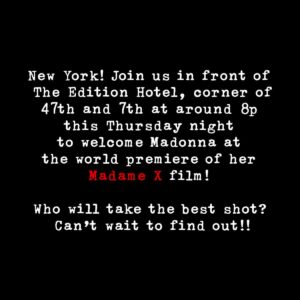 The merchandise section of The Virgin Tour has finally been updated and restyled! 51 items of official merchandise and related items have been added to the ‘Merchandise’ tab.

Check it out NOW 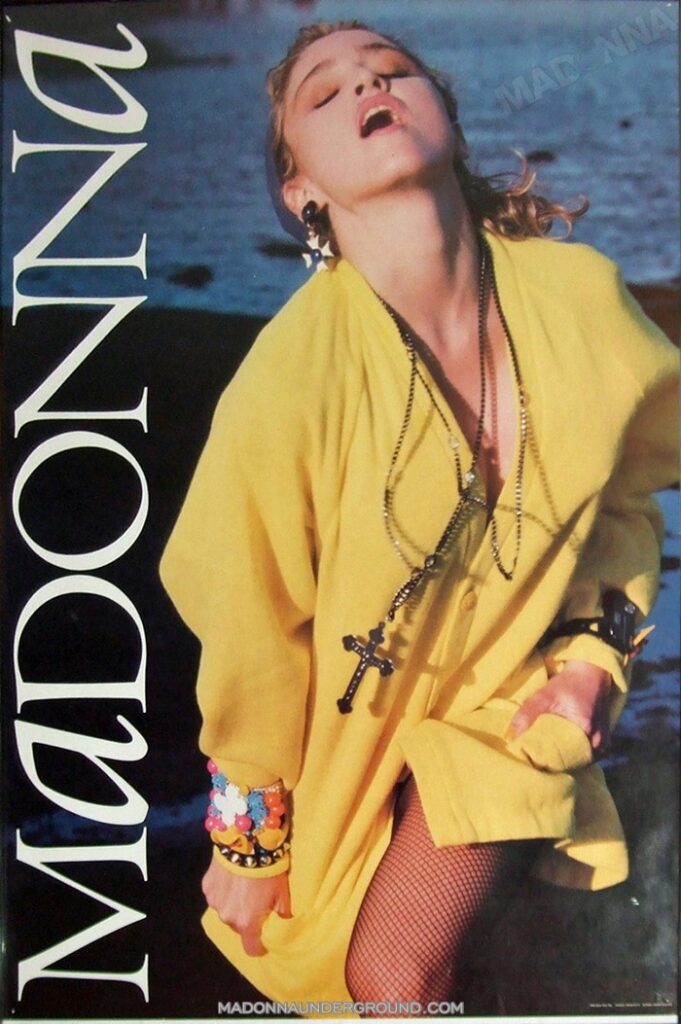 Previously we posted the photo gallery of the Blond Ambition Tour performed in Dortmund Germany. Our team member Hans continued his journey and also photographed the July 20th show in the Wembley Stadium in London!

There are 31 exclusive photographs for you to view, check it out HERE 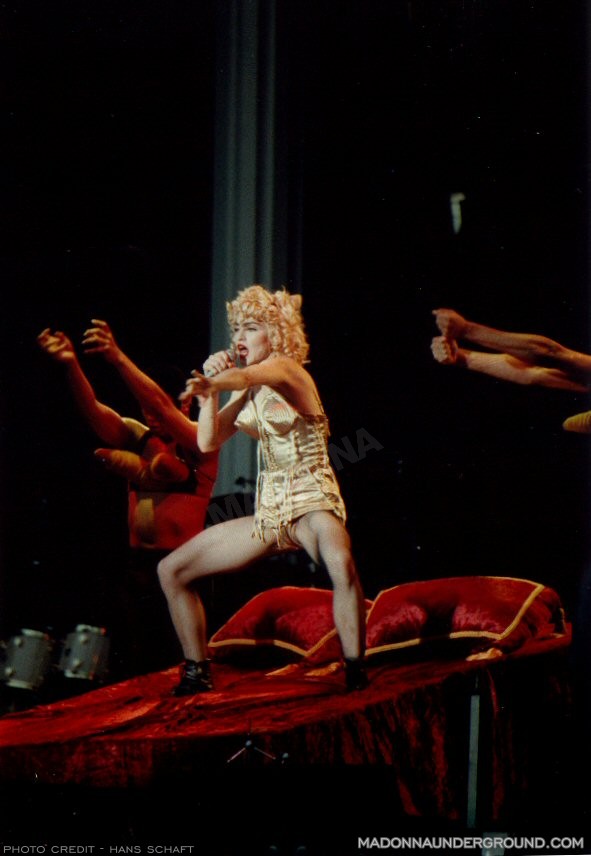 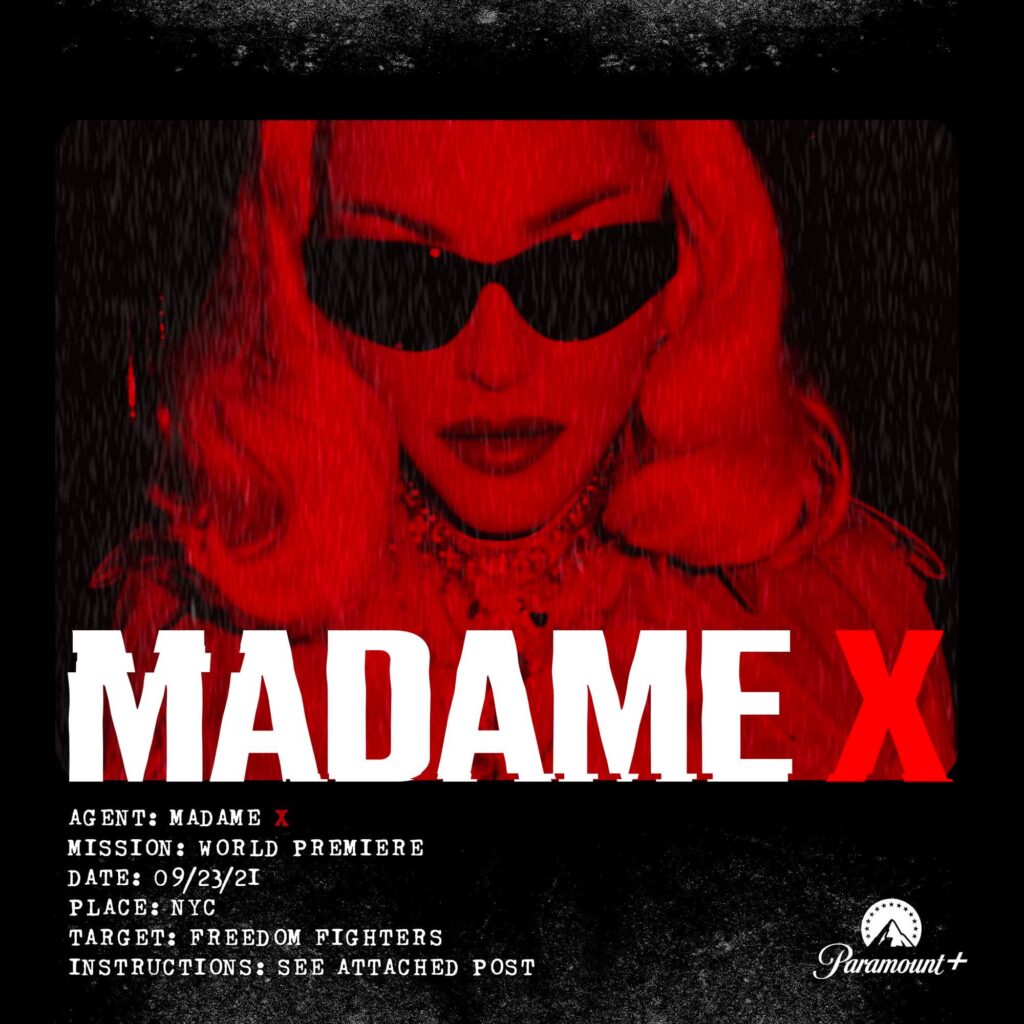 THIS IS NOT A TEST – GOOD LUCK. 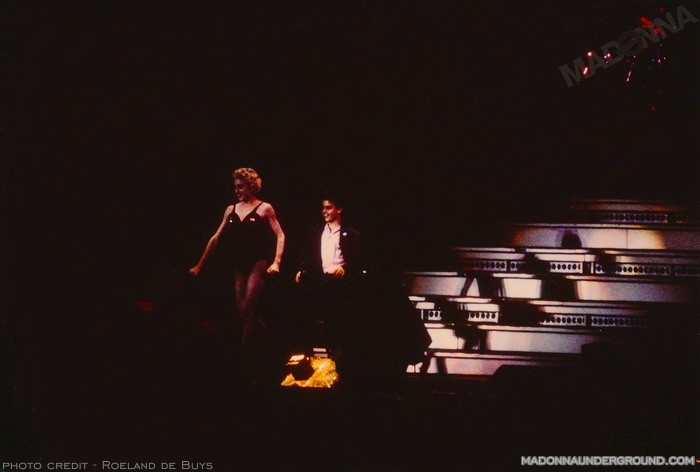 …’In addition to wanting Tom Cruise to take the lead role, Warner Bros also reportedly wanted Madonna to play the role of Lorraine Bracco’s Karen Hill. An actress who was certainly “In the mix” according to Barbara de Fina, the producer also remembers that she and Martin Scorsese went to evaluate her chances of being in Goodfellas by going to see David Mamet’s Speed-the-Plow. Unfortunately for Madonna, it didn’t work out.’

2022 is poised to be the year of the Material Girl. To mark the 40th Anniversary as a recording artist (and the icon’s 63rd birthday), a newly minted deal with Warner Music Group was recently announced, that will see (according to EW) “an extensive, multi-year series of catalog releases that will revisit the groundbreaking music that made her an international icon” for the first time, including “expansive deluxe editions” of her classic albums as well as “unique releases for special events” all of which will be hand-picked by Madonna. The deal includes 17 of Madonna’s studio albums, along with singles, soundtrack recordings, live albums and other compilations. Die-hard fans of the Material Girl are already anticipating which of her remixes might find their way onto some of these various compilations, some of which have never been released officially.

Mirwais: “There was an immediate click between Madonna and me”

How did you go from Taxi Girl, a cult, but little-known band, to a superstar like Madonna?

Strangely enough, when I started working with her on Music (Editor’s note: her album released in 2000), I didn’t change anything in my sound. This is the electronic universe that I created. There was an immediate click between Madonna and me. I didn’t want to go into the “french touch” universe of Daft Punk or Air which was all the rage at the time. I was one of the first to use autotune (Editor’s note: software that modifies the voice), just after Cher. 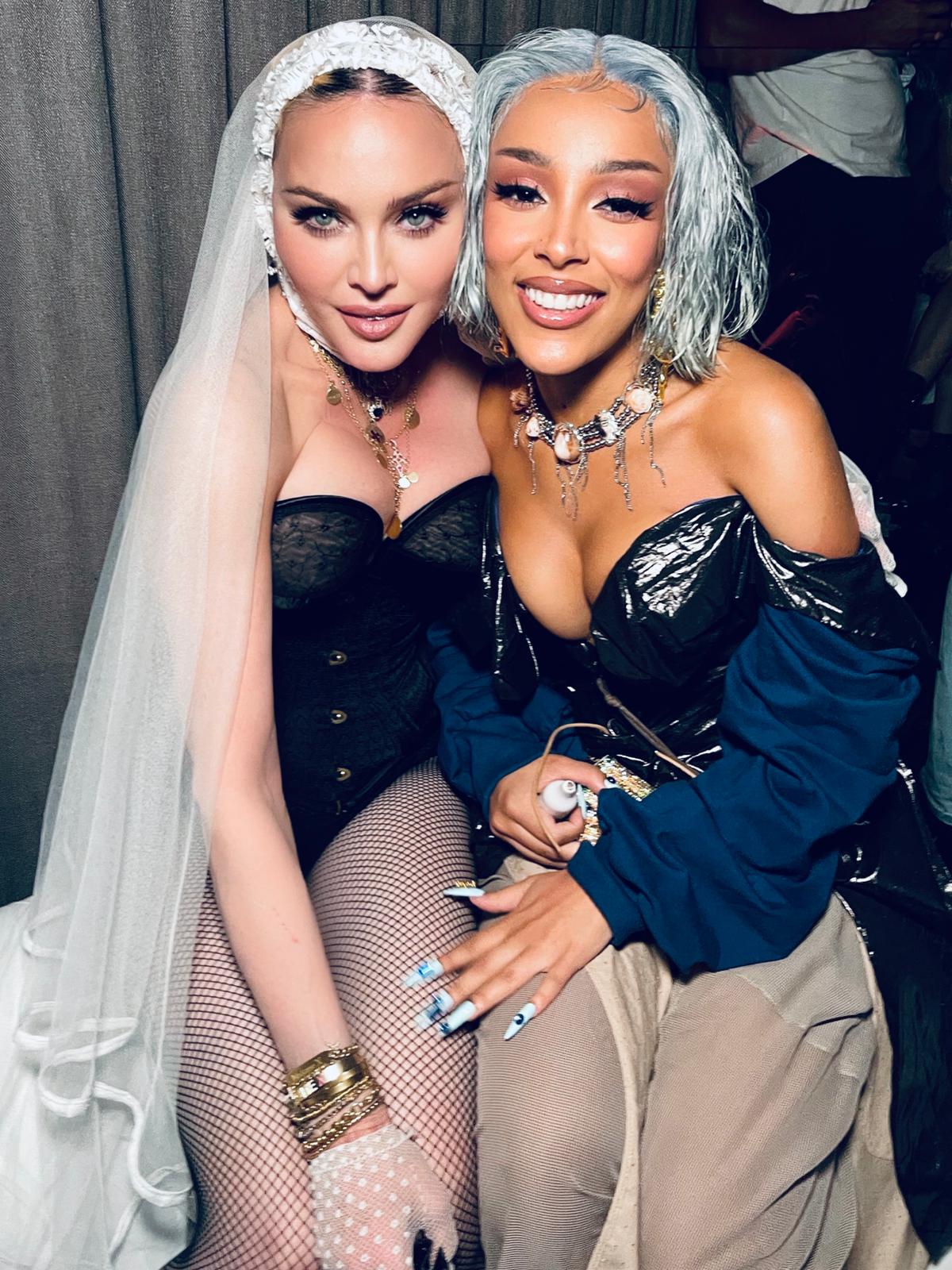 We’re baack! As you may have heard, Madonna stopped by Interview’s MTV VMA after party, hosted by our September cover star Doja Cat. We know, we know—what happens at 1OAK stays at 1OAK. But we simply can’t help ourselves. Below, take a look at some exclusive photos of the night, shot by Ricardo Gomes and courtesy of Her Holiness herself.

All of the 18 pages (plus front and back covers) of the official tour program for The Virgin Tour are now up in our dedicated Virgin Tour page HERE.

Out of all of the official tour books that have been issued for every tour, this is by far the hardest to find. The Number Ones: Madonna’s “Vogue”

The underground — any underground — tends to find peculiar and unintended routes into the spotlight. Madonna was always a creature of New York club culture, and it wasn’t particularly out of character for her to get interested in a particular facet of that culture, which kept evolving after she got famous. But it was pretty weird that Madonna managed to take a small slice of the deep underground and mainstream the absolute hell out of it. And it was also pretty weird that Madonna pulled this off with a would-be B-side that got stapled onto the hoochie-coochie retro-cabaret album that she’d recorded as a tie-in with her big summer-blockbuster movie.

It appears fnac has the Hard Candy vinyl available in the online webshop for 45.93, if you still need this for your collection check it out HERE

No guarantee they actually have it in stock, but you can always take a shot. 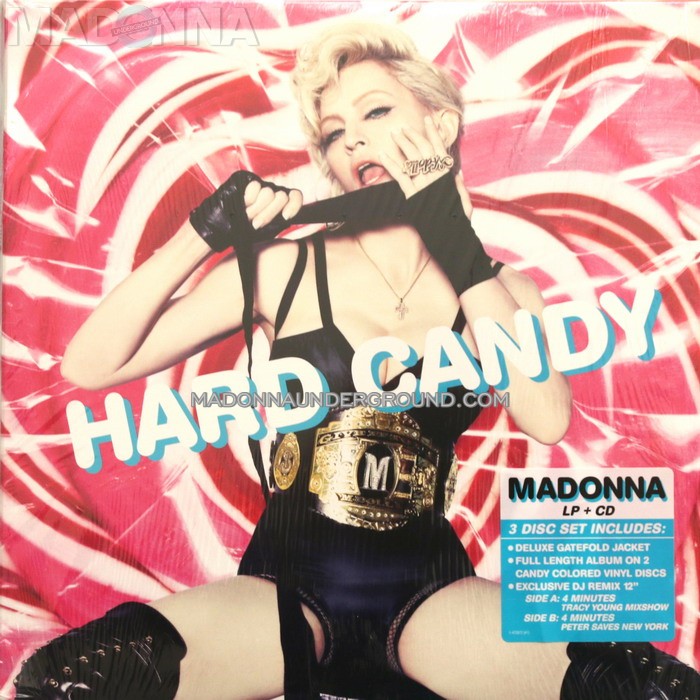 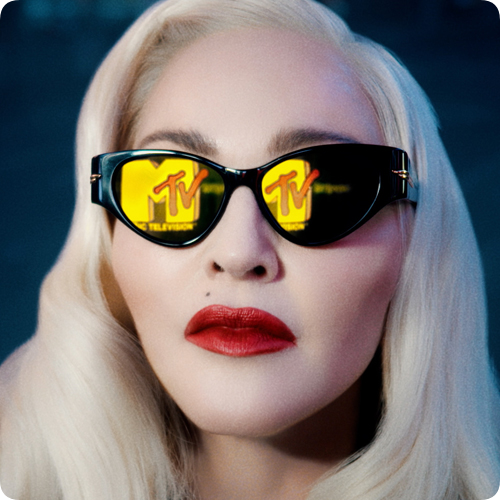 The Madame X film premieres September 23 at the Edition Hotel on Times Square in New York according to Madonna’s latest post on Instagram. 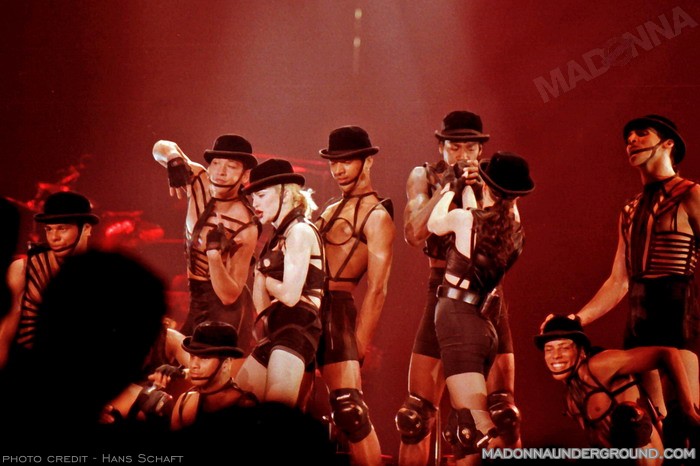 Our team member Hans went on a Blond Ambition Tour journey back in 1990 and shot some fantastic photographs of Madonna in action.

You can now view the first gallery of 34 photographs taken in Dortmund Germany on July 17, 1990 HERE

Stay tuned for more coming up!