Like summer’s end, the 2014 MTV Video Music Awards are fast approaching. If the show’s 30-year legacy is any indication, we’re in for superstar collabs and elaborate sets come Sunday (Aug. 24). To celebrate the annual spectacular, we’ve picked the best performances in VMA history. Pop megastars including Michael Jackson, Madonna, Britney Spears and Lady Gaga made a strong showing on the tally – but who had the most showstopping moment of all? Read on to find out where they ranked, and relive all the jaw-dropping, headline-grabbing performances. 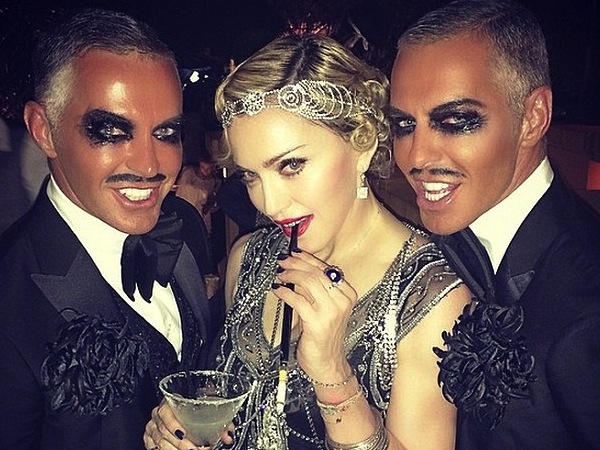 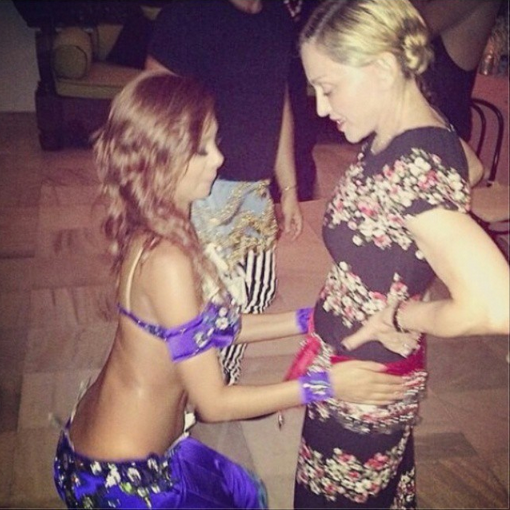 Beverly Hills, California – (August 19,  2014) – Julien’s Auctions, the world’s premier entertainment and music memorabilia auction house, has announced the rare opportunity to bid on the largest collection of Madonna memorabilia from her personal and professional life ever to be offered at auction.  The carefully curated collection will be offered during the Icons & Idols: Rock ‘n Roll auction in Beverly Hills in November.

Madonna is known for her constant reinvention as a performer. Never one to shy away from controversy or taking risks, her biggest hits include “Papa Don’t Preach,” “Like a Prayer,” “Material Girl” and “Vogue” among others. Her rise to stardom, versatility as a film and music star and her personal life stories remain legendary.  She has been listed as one of the wealthiest female musicians of our time having sold over an unprecedented 300 million records.

Her long list of awards includes GRAMMY Awards, American Music Awards, MTV Video Awards, Billboard Awards, VH-1 Fashion Awards, a Hollywood Walk of Fame and so many more.  Some of the many awards she has won will be offered for sale during this auction event.  Madonna also has never been shy about her sexual side.  Available at auction will be the latex mask, waspie, gloves, bra and panties worn with Katy Perry for a 2014 V Magazine cover photo shoot (Estimate: $1,000-4,000) and the vintage costume pieces worn for Madonna’s sexy Re-Invention publicity materials.  As early as 1985 Madonna was honing her sexy persona when she posed for Bill Stone who published the nude photographs he took in Penthouse magazine.  Negatives and prints from that sitting will also be offered.

Madonna’s fans and detractors have been as interested in Madonna’s personal life as they have in her professional career.  This collection will indeed offer an intimate glimpse into Madonna’s private world.  Most revealing is a day planner/diary from 1988.  The diary includes Madonna’s handwritten notes on nearly every page with appointments:  appearing on Late Night With David Letterman, dates with then- husband Sean Penn as well as birthday reminders and holiday plans (Estimate: $2,000-4,000).  Among the other items are a signed document relating to her separation from Sean Penn (Estimate: $1,000-2,000), financial document (Estimate: $800-1,200), signed checks (Estimate: $600-800), her personal make-up compact (Estimate: $1,000-2,000) and the 1972 Junior High School yearbook she was photographed in as a teenager (Estimate: $800-1,200).

Icons & Idols: Rock ‘n Roll at Julien’s Auctions will explore and celebrate the life and career of Madonna through property and personal items that have defined her stunning incarnations: sex symbol, diva, writer, actress, mother and wife.

A special exhibit of the Collection of Madonna Memorabilia will open at the Newbridge Silverware’s Museum of Style Icons (MOSI) on Monday, August 18, 2014 and run through Monday, September 15, 2014 in Kildare, Ireland.  Hours are 9:00 a.m. to 6:00 p.m. Monday through Saturday and 9:00 a.m. – 6:00 p.m. on Sundays and bank holidays. Free entry and parking is included.

Of course you can dance on my table! #turkishdelight #didem 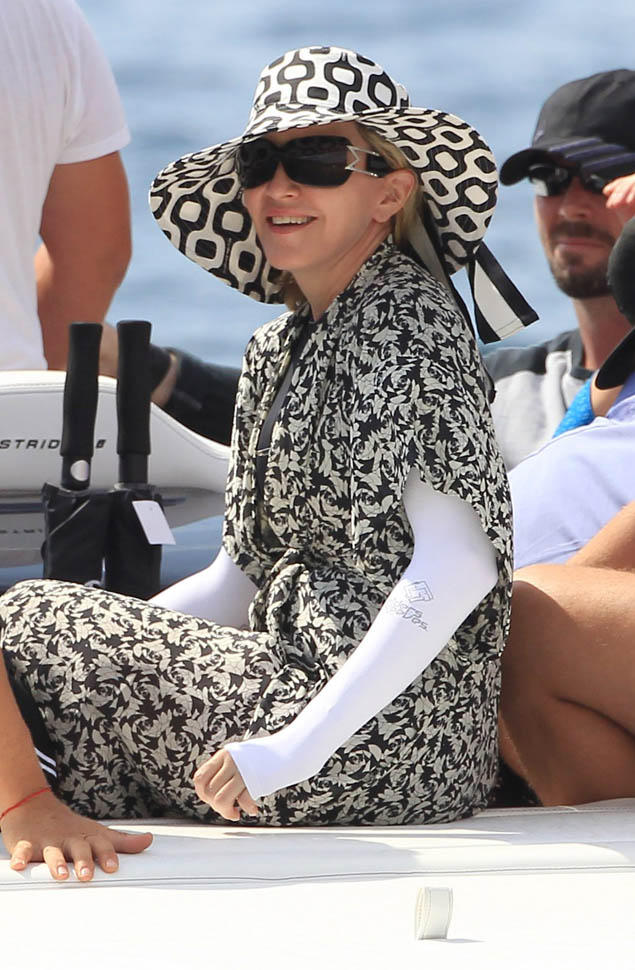 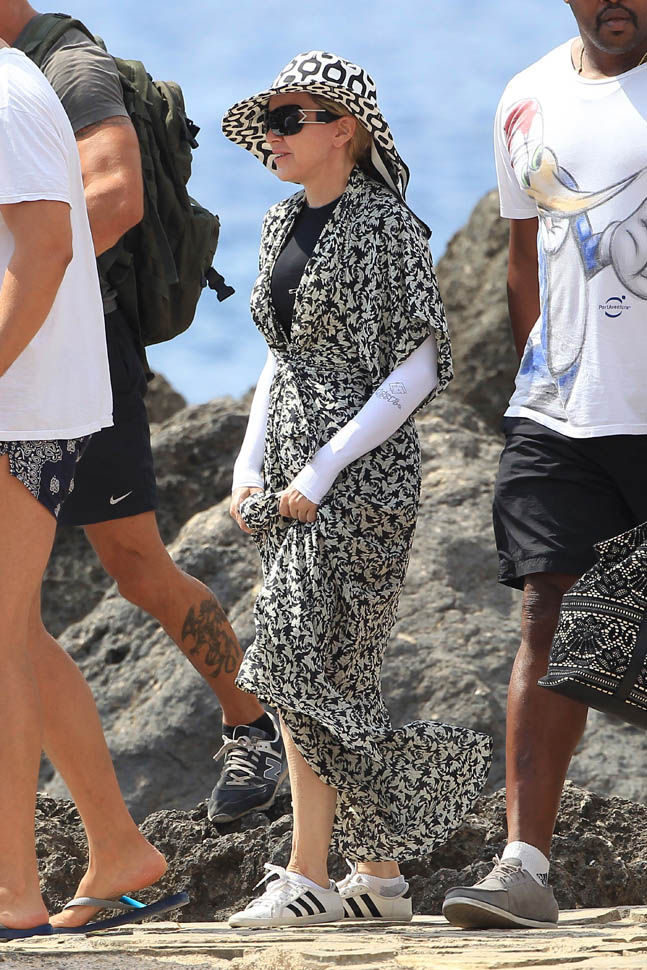 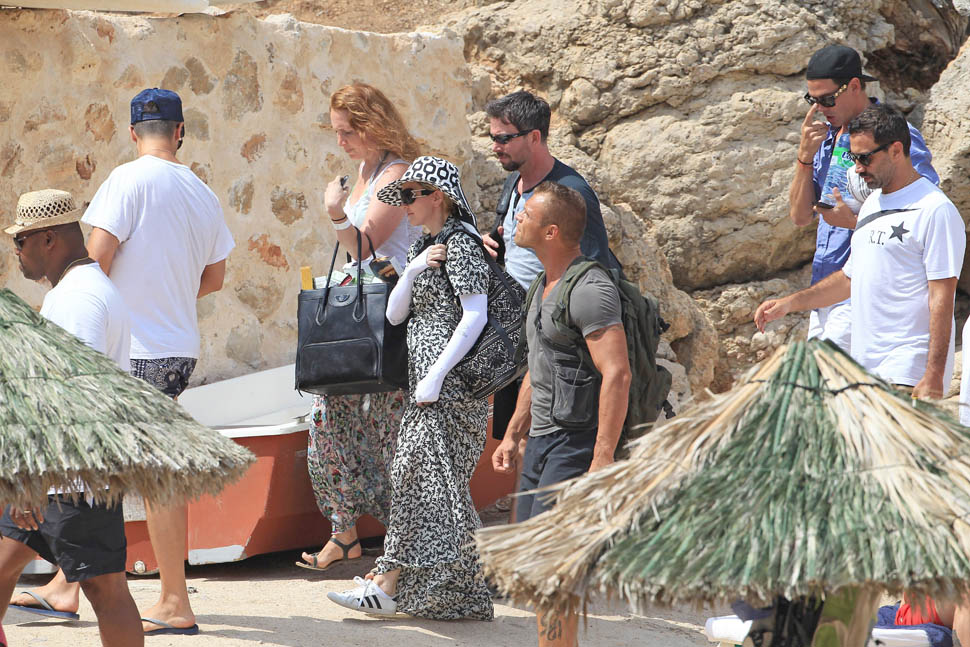 Thank you @madonna for the wildest night ever… So much fun! Happy Birthday Beautiful! #birthdaygirls #happybirthdaymadonna #happybirthdaytome 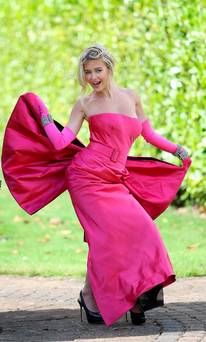 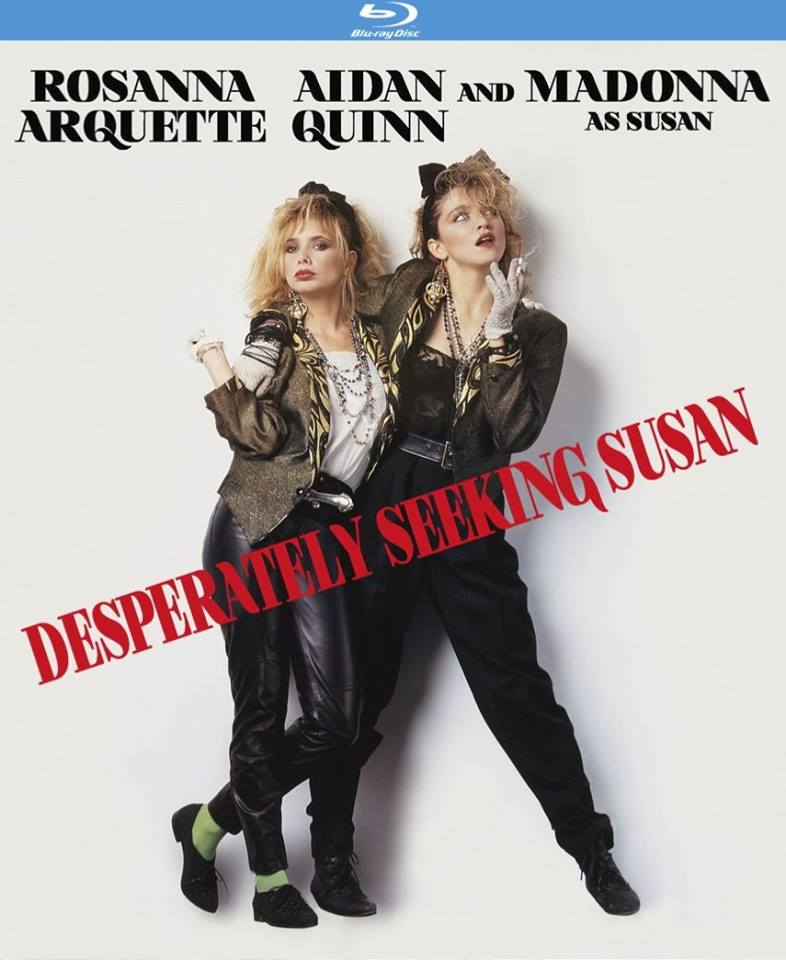 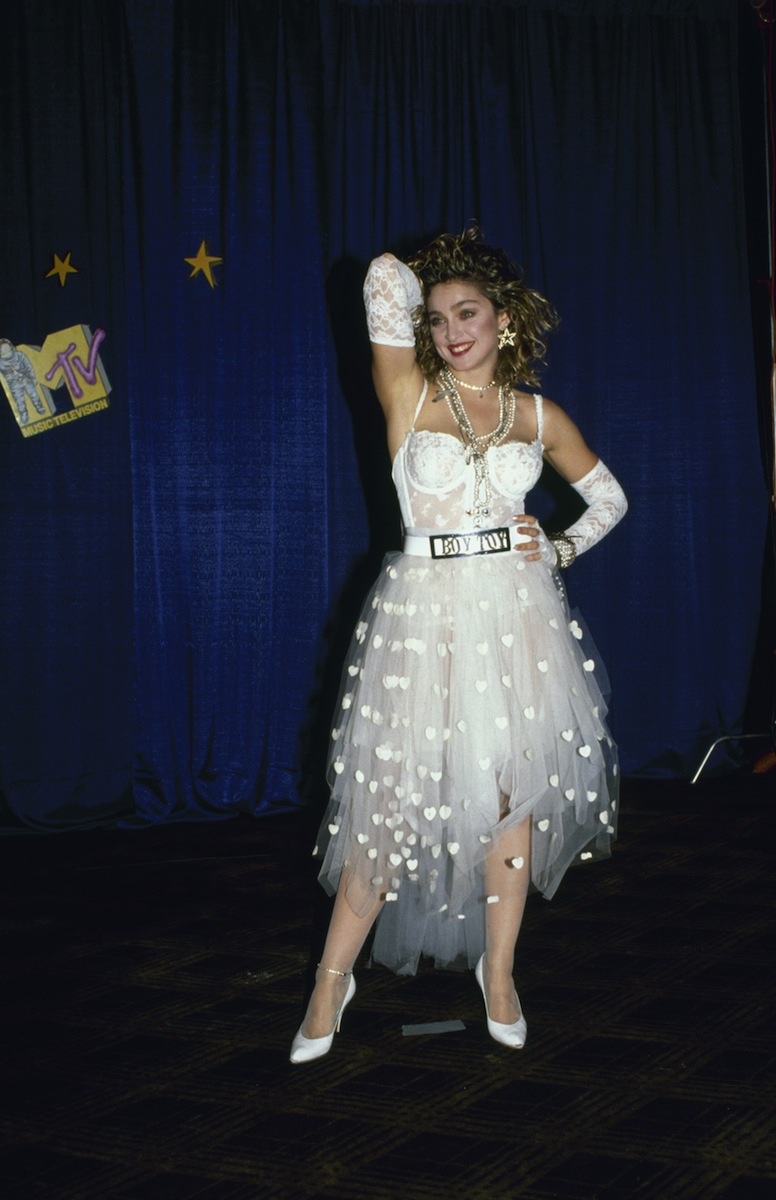 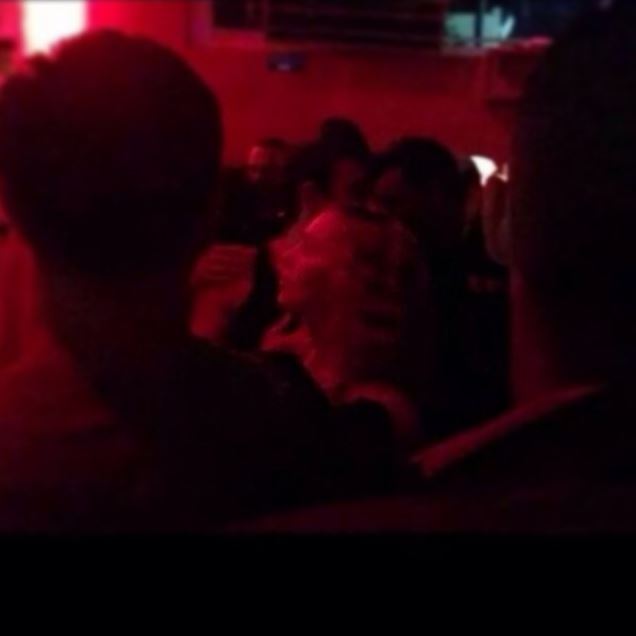 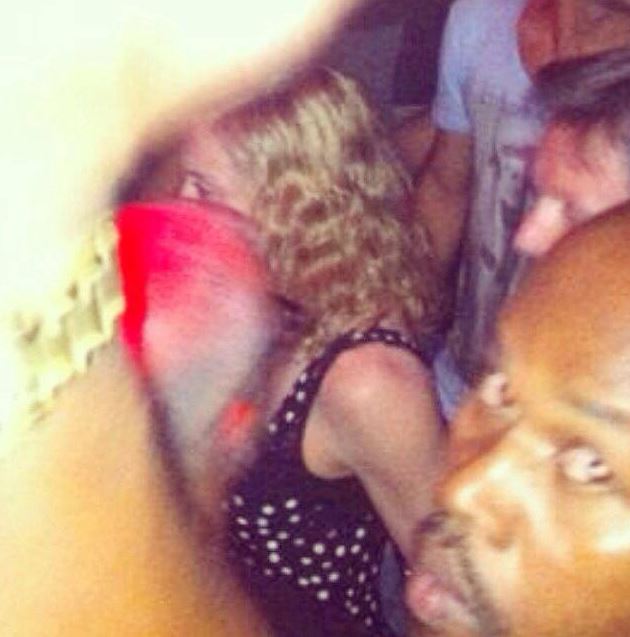 The calm before the storm #unapologeticbitch 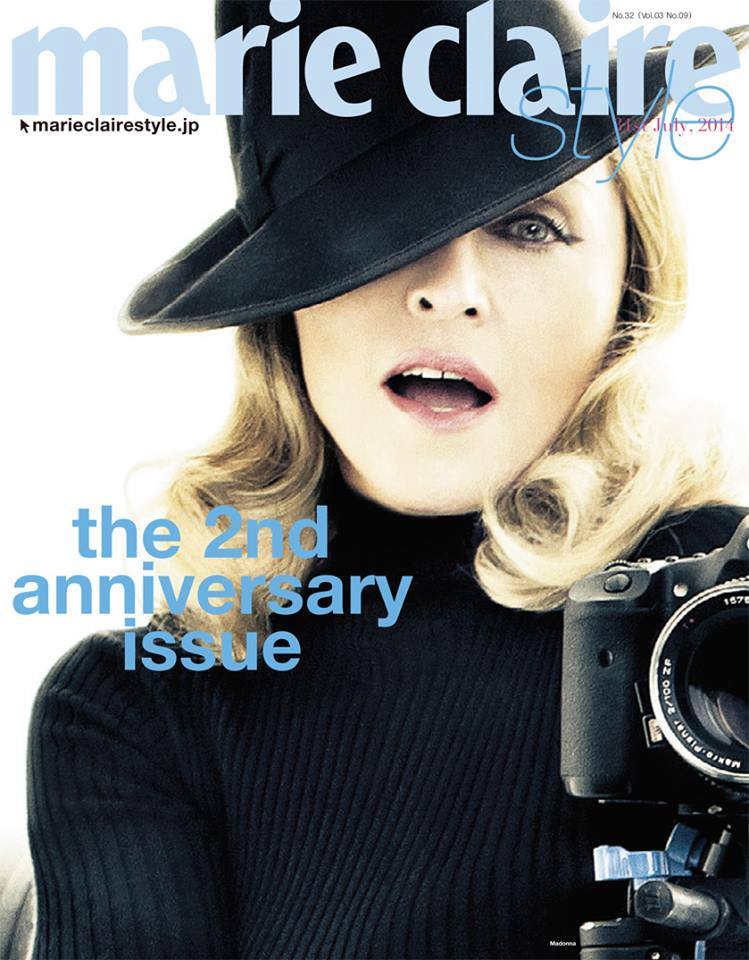