MadonnaUnderground wishes you an amazing #rebelheart 2015! 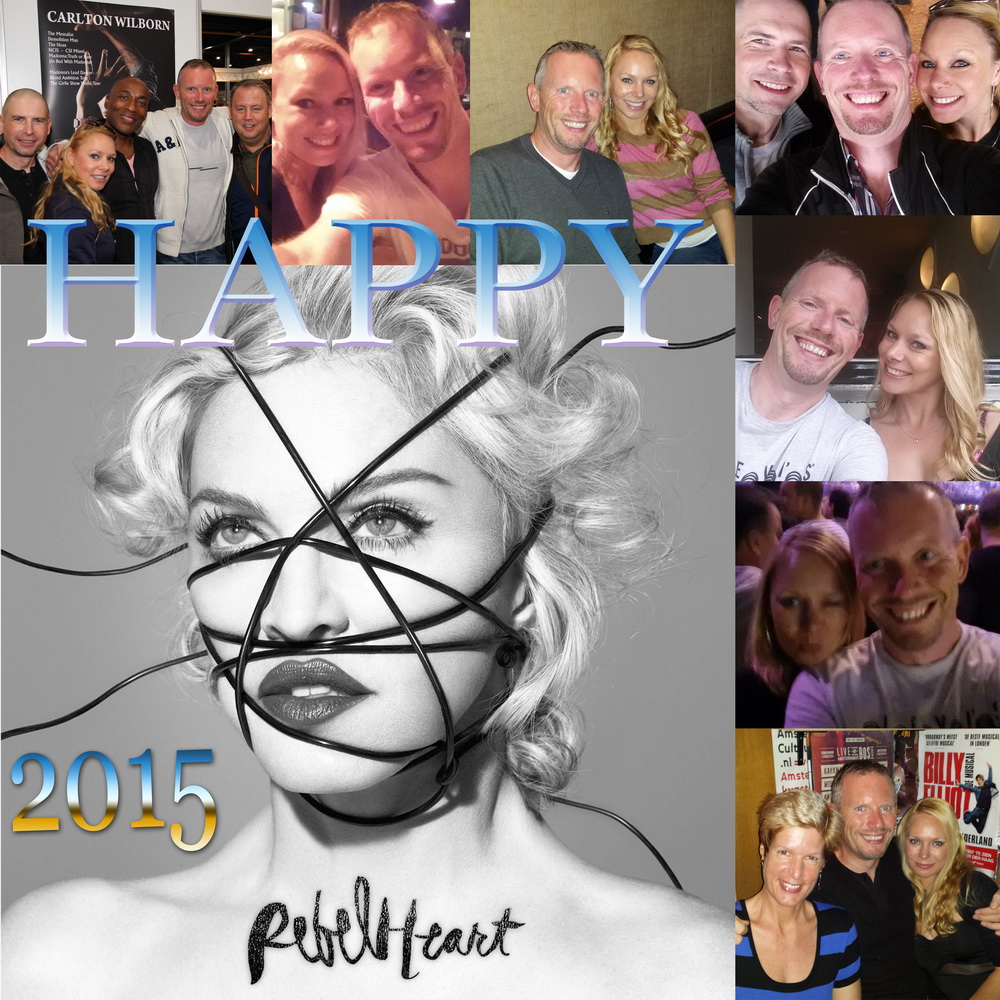 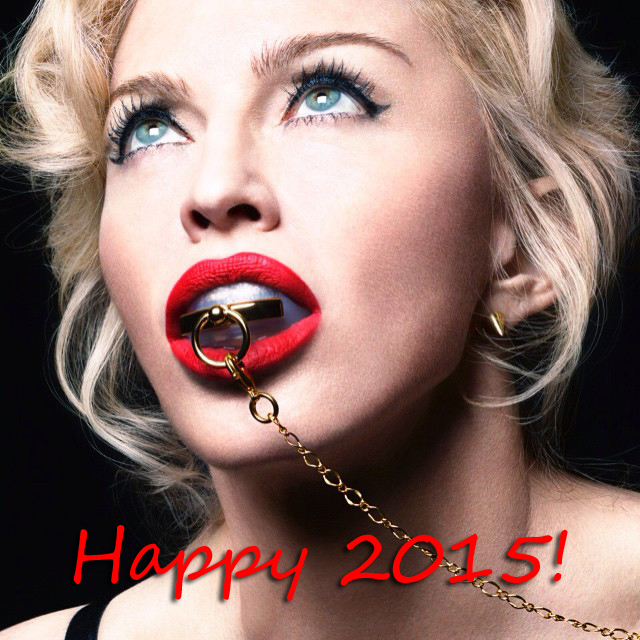 Gear up for the ‪#‎RebelHeart‬ era with these « B*tch I’m Madonna » t-shirts, which are now available for pre-order from Madonna’s official store! https://www.madonna.com/store
Pre-order the new album from iTunes: https://smarturl.it/RebelHeart

Amazon Germany also has the pre-order up for Madonna’s brand new Rebel Heart album on CD, scheduled for a March 10 release. Click HERE to pre-order

BNN will be repeating The MDNA Tour on New Year’s Eve in HD, don’t miss it! 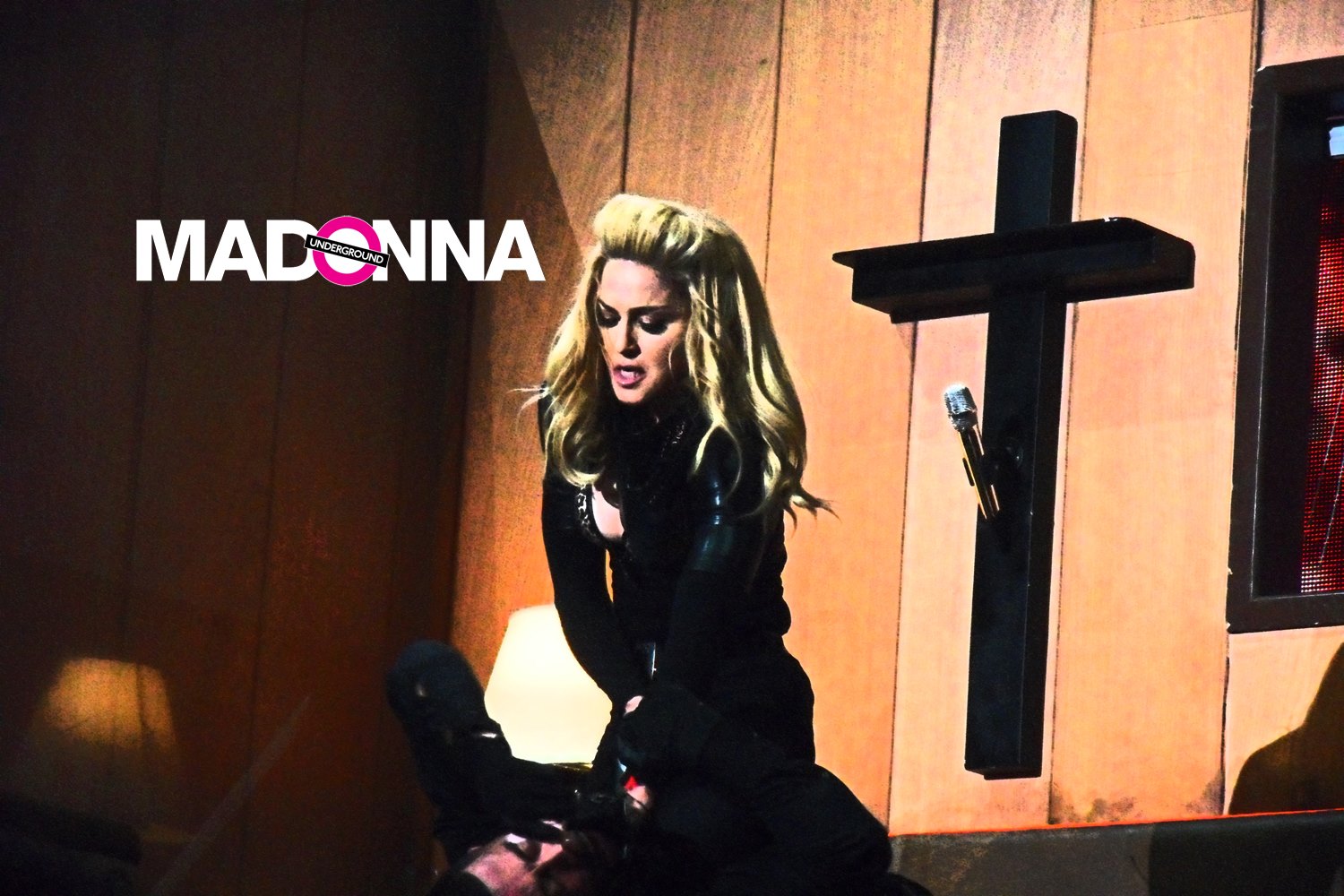 Top of the Pops: The Collection (TV special)

But what releases can we expect in 2015? Read below to find out what albums you can get excited about over the next 12 months.

If there’s one thing we’ve enjoyed throughout 2014, it’s Madonna’s ridiculous Instagram account. Fans who follow the Queen of Pop will know that she has been working hard all year on her 13th studio album Rebel Heart, while also coming up with any number of amazing hashtags (personal highlight: #cantabitchjustfinishhers**t). Despite the illegal leak of 13 unfinished tracks earlier this month (and subsequent official release of 6 tracks), we are still eager to hear the final, polished product when it comes out in March. If ‘Ghosttown’ and ‘Living For Love’ are anything to go by, we’re expecting it to be Madonna’s best new album in years. Rita Hayworth gave good face, but Madonna gives good body. Over the weekend, Donatella Versace spoke to the Italian newspaper Corriere Della Sera about her longstanding friendship with the star, who’s the face of the new Versace campaign. As translated by Glamour, her comments included a strong denial that Madonna’s gym-won abs and arms got the Photoshop treatment. “She did not have her abdomen or arms retouched,” said the designer.

The process was also considerably more low-key than you might think, at least according to Versace. “With Lady Gaga [it] was a bit more complicated. She focuses on transformation and charisma … So the final approval of the photo was a melee. But [with] Madonna, absolutely not … I told her: You don’t have to be only sexy. I want you like I know you: a vulnerable person who is afraid, who suffers from loneliness and yet is strong, determined, and fearless. In these photos, she is.” The designer also revealed that the charitable star will be donating her fee from the campaign to the hospital she opened in Malawi.

Madonna’s ‘Devastating’ Album Leak: Guy Oseary on the ‘Circus Show’ of Getting ‘Rebel Heart’ to Fans

Madonna’s surprise pre-release of six songs from her upcoming album Rebel Heart on Dec. 20 was a hard-fought victory: the result of two sleepless nights to combat the widespread leaks of more than a dozen unfinished demos just three days prior. And it almost didn’t happen.

“We didn’t know until Friday night [December 19], 11:30 [Eastern] and 8:30 [Pacific] that it would even work,” Guy Oseary, Madonna’s longtime manager, said in a phone interview on Dec. 23. “There was a chance that technically it was not possible because it was so last-minute. Normally it wouldn’t be the end of the world, but because iTunes was shutting down [for the holiday] we were told that it would either go live at 11:30 East Coast time or January 5. We didn’t know — she was saying her prayers, we were all just hoping.”

The result? Pre-orders for the March 10, 2015 album topped the iTunes charts in more than 36 countries, with three of the album’s six finished songs entering this week’s Billboard’s Hot Dance/Electronic Songs chart. Lead single “Living For Love” was serviced to U.S. radio stations on Dec. 22 by Madonna’s label Interscope, with a bigger push coming in January. An official music video will be filmed next month as well, with a planned release for the “first week of February,” as Oseary revealed in a separate Twitter Q&A on Dec. 27.
Related

But Madonna & co. aren’t coming up for air just yet. Just hours after Oseary spoke with Billboard on Dec. 23, 14 more tracks from the Rebel Heart sessions leaked, including the alleged Lady Gaga diss track “Two Steps Behind Me” (which Oseary has already denied is about Gaga or “anyone in particular”).

Below is an excerpt of Billboard’s conversation with Oseary last Tuesday (Dec. 23), including a detailed account of how Madonna and her team sprang into action to respond to the leaks. “If people knew what had to happen from Wednesday to get it it up for Friday, it was a circus show.”

Madonna to perform at the Grammy Awards in February (?)

According to Hits Daily Double Madonna is among the artists booked to perform at the Grammy’s. The Grammy’s will take place on February 8.

There are those who want to shut me up but they cannot! We still live in a world that discriminates against women. Their are People that are so hateful. they want to create feuds between strong women that do not exist! I do not wish ill will towards any other female artist and i never have! The World is big enough for all of us! I will fight for my rights as an artist, a human and a woman till the end of my days! Because i am a ❤️#rebelheart and i walk in the footsteps of giants and i will not apologize Or defend my unpublished, unfinished, STOLEN work. If you don’t like who i am or what I have to say then why are you reading this? #unapologeticbitch. P.S. Do not post hateful words about other people on my page either. If you are my fan speak no evil! #livingforlove

There are those who want to shut me up but they cannot! We still live in a world that discriminates against women. Their are People that are so hateful. they want to create feuds between strong women that do not exist! I do not wish ill will towards any other female artist and i never have! The World is big enough for all of us! I will fight for my rights as an artist, a human and a woman till the end of my days! Because i am a ❤️#rebelheart and i walk in the footsteps of giants and i will not apologize Or defend my unpublished, unfinished, STOLEN work. If you don’t like who i am or what I have to say then why are you reading this? #unapologeticbitch. P.S. Do not post hateful words about other people on my page either. If you are my fan speak no evil! #livingforlove 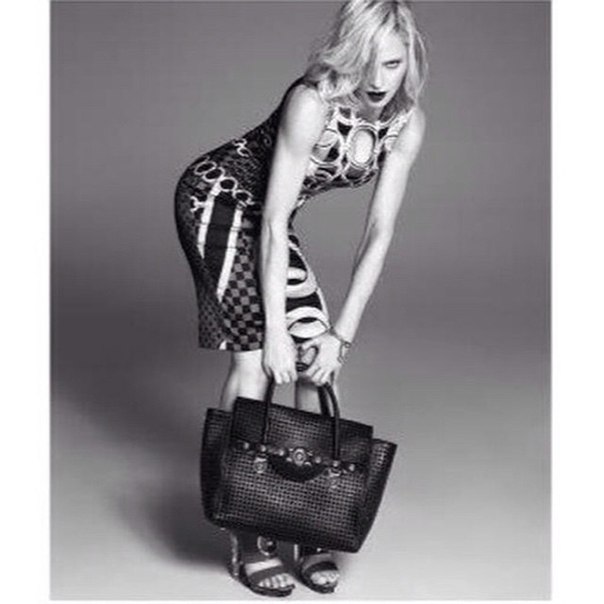 In this day and age the illuminati is popularly associated to people in power who use evil and witchcraft to advance, but according to pop icon Madonna’s and her new song the illuminati is a good thing and she is happy to be apart of it.

The singer released a song this month titled “Illuminati” in which she names all of her celebrity peers that have been linked to the elite group. The singer explained that those people are not illuminati but instead the All Seeing Eye is truth and light. Truth and Light are both words associated to Jesus in the Bible and in the context of the song; really do not make sense unless the singer has another message for her listeners.

In a recent Facebook post along with a picture displaying just one of her eyes Madonna tells people she is grateful that they call her a member of the illuminati. “Thank you for the compliment! ‪#‎knowledgeispower #rebelheart ‪#‎illuminati,” she wrote. 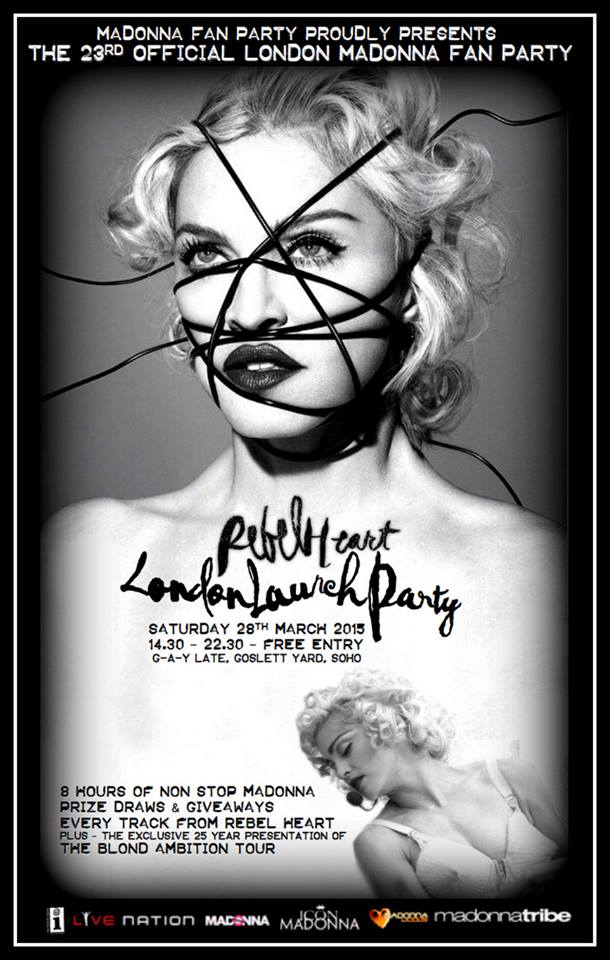 Pre-orders of Madonna’s new album Rebel Heart have shot her to number 1 in over 40 countries, and in many of these she occupies up to 6 positions in the top 10 for Christmas week with the songs released so far – and to top off the excitement of the last week, we are proud to announce the 23rd LONDON MADONNA FAN PARTY on SATURDAY 28th MARCH 2015 at G-A-Y Late, Goslett Yard, Soho, London.

The Party will celebrate the release of Madonna’s new album – ‘Rebel Heart’ – where amongst the 8 hours of non-stop Madonna music videos, live performance and remix clips, you can expect to hear every track from the album. In addition, to celebrate 25 Years since Blond Ambition, we’ll have an exclusive anniversary broadcast for you to enjoy of the entire show, as well as prizes, drinks offers and the opportunity to meet Madonna fans from all over the world.

As usual doors open at 2.30pm and entry as always is FREE – at the MDNA Album Launch and MDNA DVD Launch we reached capacity early so please arrive early – priority entry will be given to fans on the Facebook Event guestlist, so make sure you and all your friends have ‘JOINED’ it to show you are coming!

We hope you are as excited as we are to both welcome a new Madonna era and to celebrate her legacy. A warm welcome awaits you.