Madonna out last night in Paris

Madonna parties the night away at the Russian night club Raspoutine with DJ Diplo in the Champs Elysees area in Paris, France on March 2, 2015. (GC Images/Vintage Images UK/Splash News/FameFlynet) 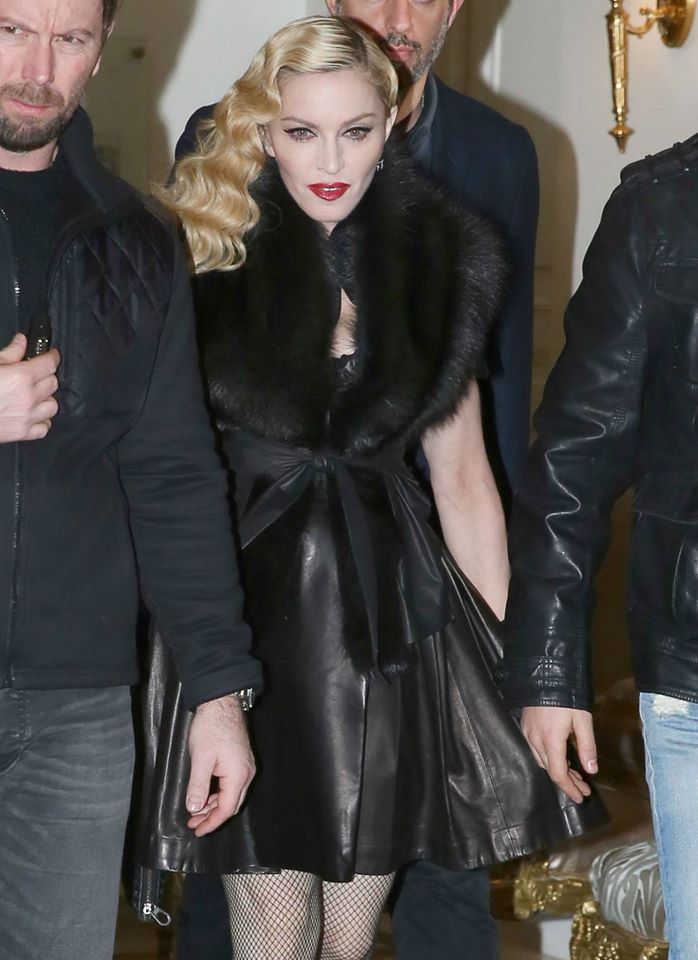 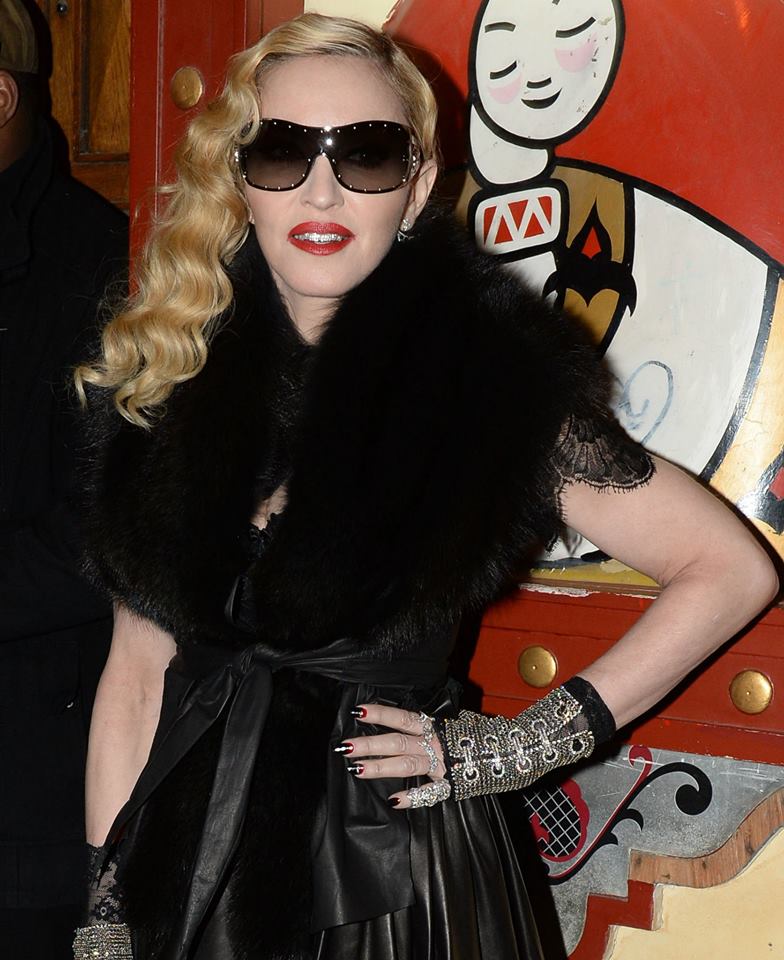 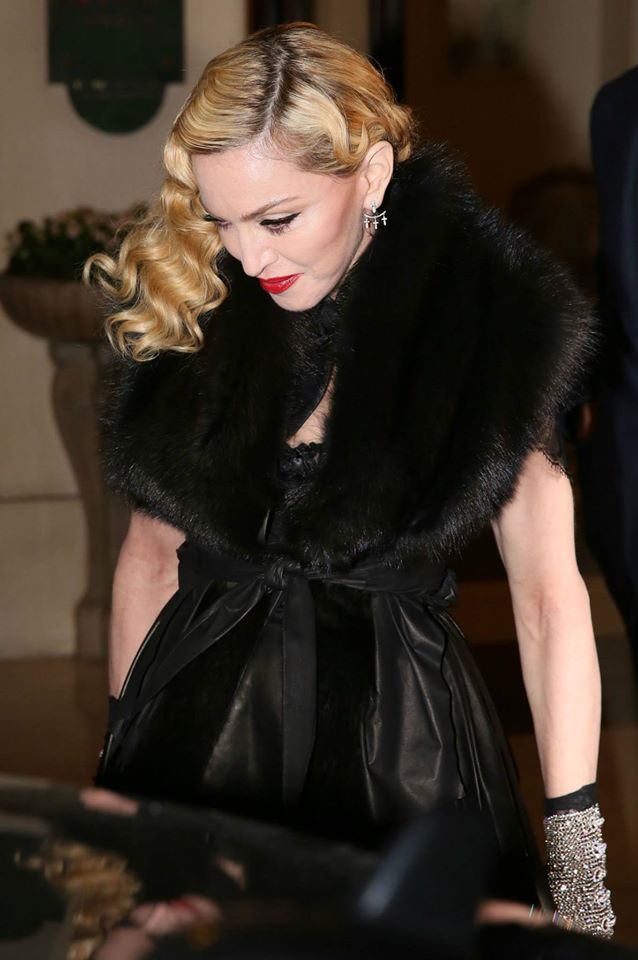 We apologize for the lack of updates yesterday and this morning. Some of us had an unexpected last minute trip to Le Grand Journal in Paris, and an even more unexpected ending to the day: a meet & greet with M and our photo taken with her.

Full story and of course the picture coming soon!

The first pictures of the meet & greet at Le Grand Journal yesterday. This is the presentor and the team pictured with M 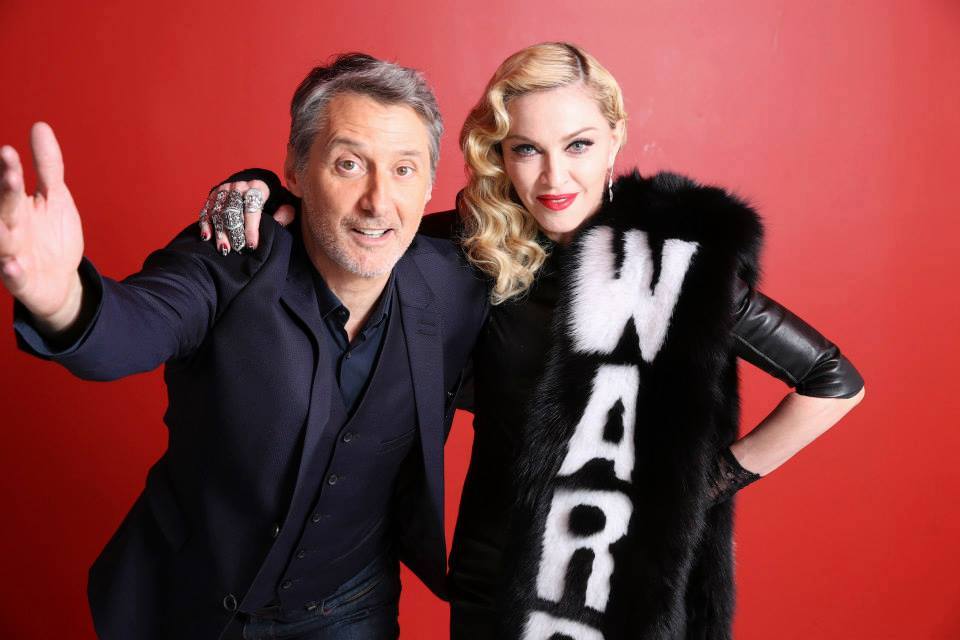 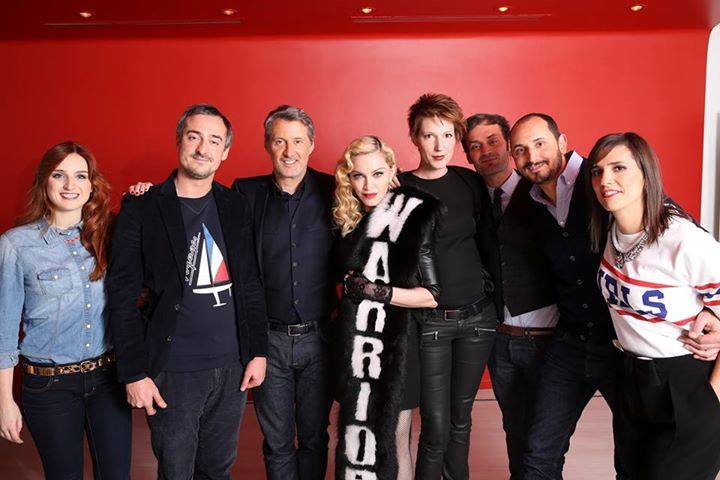 Madonna will be attending Le Grand Journal in just a few moments.

Finally, the Rebel Heart tour dates have been published!

All tour dates can be found using this LINK

ICON pre-sales start on March 3rd. Get your ICON Live Pass by following this LINK 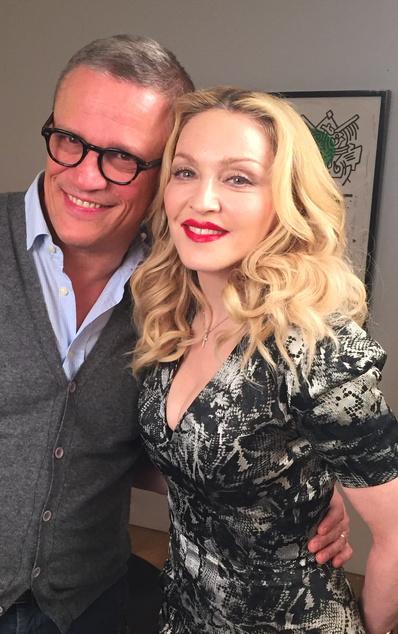 We are in the process to transfer all the sections of the ‘old’ website onto the current one, which is a long and slow process especially during such a hectic ‘Rebel Heart’ time.

We have just completed the ‘Madonna Live Reports’ section under ‘Special Reports’ in the main menu. This section contains all of our live reports from attending the Who’s That Girl Tour in 1987 up until the latest Hard Candy launch Berlin in 2013 where we met Madonna. This is a section that has always been very popular and we have received many positive comments about it.

Step back in time and relive some of the (promo) tours that you have attended as well. 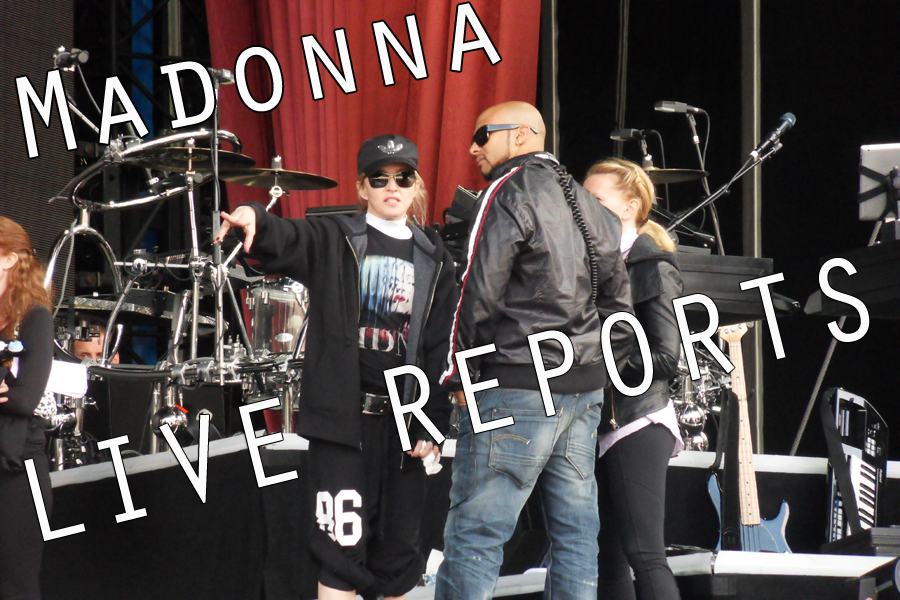 Madonna has recorded the TV show Che Tempo Che Fa today, she performed and gave an interview. She will perform in Turn in November 21. She is now on her way to Paris for the recording of Le Grand Journal tomorrow. 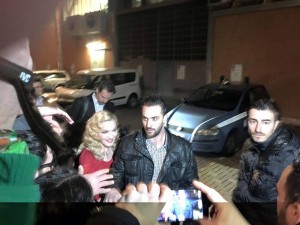 From the Sunday edition (today) 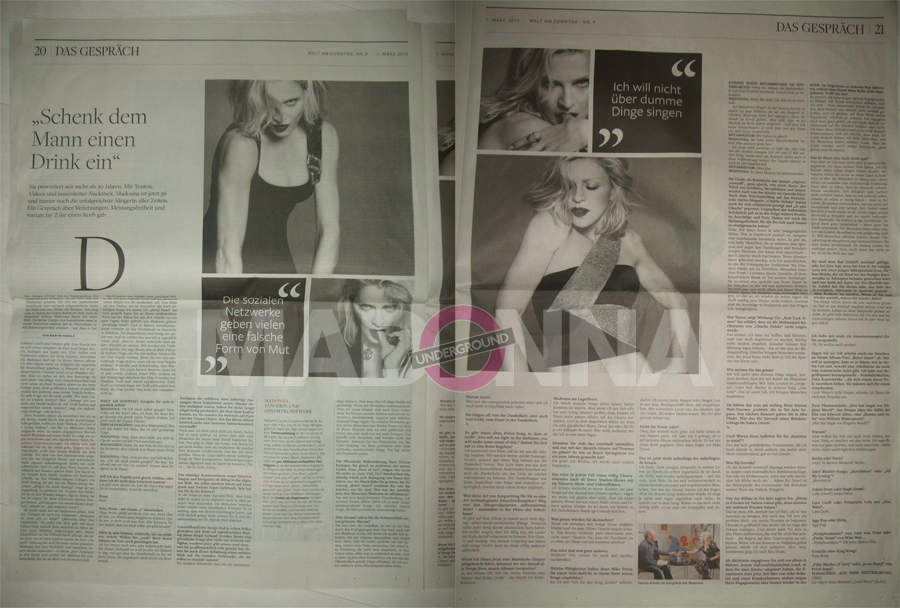 Madonna interview with German Die Welt newspaper featured in their printed Sunday version, don’t forget to shop! To view the video of segment of the interview click on the image below 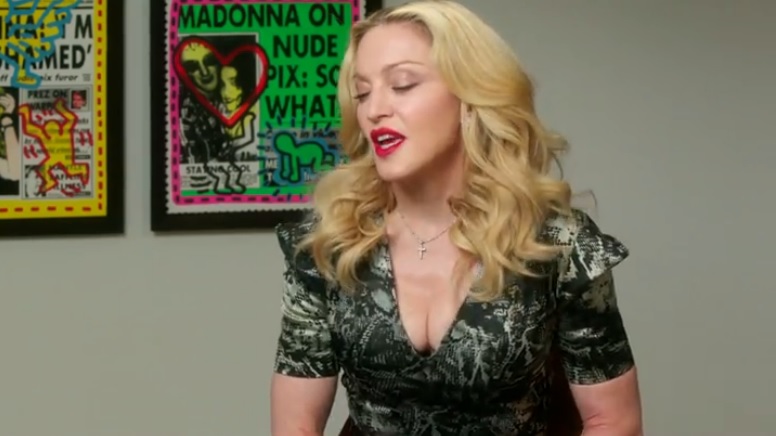 When Madonna sings on the title track of her latest album, Rebel Heart (***1/2 out of four; out March 10), that she has “outgrown my past and I’ve shed my skin,” she is both protesting too much and engaging in understatement.

Our most durable pop star has indeed reinvented elements of her look and sound repeatedly over the past 30 years, but Madonna has retained the same essence: that of a woman who champions and demands love, in every sense of that loaded word. No single artist has been more crucial in shaping our modern view of celebrities as people who need people — and attention.

As that view has metastasized into an expectation that artists share ever more of their personal and creative lives, fame’s double-edged sword has grown a bit sharper. Madonna felt it last December, when two batches of early recordings from the Heartsessions — essentially, an album in progress — were leaked online. Her immediate response was to quickly polish remixes of the first bunch, and make them available to those who pre-ordered the album.

Rebel Heart includes those six songs and 13 more, and they present Madonna at her most determined and spiritually unplugged. The sound — crafted with such hip-hop, pop and EDM names as Kanye West, Toby Gad, Avicii and Diplo — is not so much raw as purposefully lean and piercingly direct, as are the lyrics, which mine emotions from righteous anger and pain to resolute joy.

Ghosttown mixes a disarmingly earnest sweetness with a stark, chilly arrangement, while on Heartbreak City, Madonna lashes out at a former lover over a shuffling hip-hop groove. The defiant exuberance of first single Living For Love gives way to the deceptively gentle, powerfully infectious Body Shop, with its tinkering rhythms and sly innuendo.

There are more graphic references to sex, and two song titles include a mild an expletive. A disciple, Nicki Minaj, pops up on the frisky B—ch I’m Madonna, in which the titular star chants, “You’re gonna love this. … You can’t touch this.” Madonna could be parodying followers — some of whom have absorbed her through Minaj and other younger stars — who have been inspired by her confidence and marketing savvy but are often less intuitive about things like desire and pain, be it their own or others’.

Madonna asserts both her enduring indomitability and her vulnerability, even getting self-referential a few times. On Veni Vidi Vici, she charts the past via song titles — “I saw a Ray of Light/Music saved my life” — then passes the mic to Nas, who recalls his own rise, rather more flamboyantly.

Nas raps playfully at the end, “Madonna on the track/Nas in the back.” But each is a survivor, and Rebel Heart celebrates that increasingly rare bird with a bittersweet vengeance. 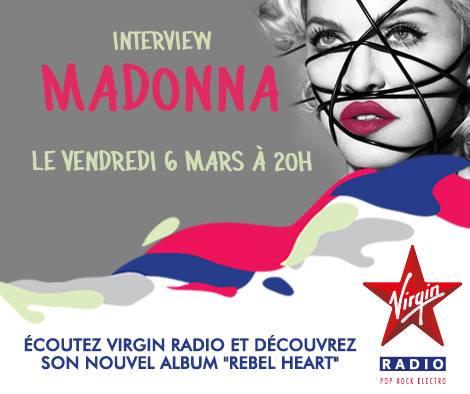 On March 6, 2015 the French station Virgin Radio gonna be Rebel !

With all “Rebel Heart” tracks all day long and an exclusive interview from the Queen at 8:00pm.

Madonna appears in a very special episode of The Jonathan Ross Show, which will air in mid-March, talking for the first time about her fall at the recent Brit Awards and her thoughts on her children taking drugs. The Jonathan Ross Show Madonna Special will broadcast on ITV on Saturday March 14. The next episode (Saturday February 28) features Sigourney Weaver, Thierry Henry, Martin Clunes, Kanye West and Tracey Emin, airing at 9.40pm on ITV1. Dave Hogan/Hotsauce/REX Photos 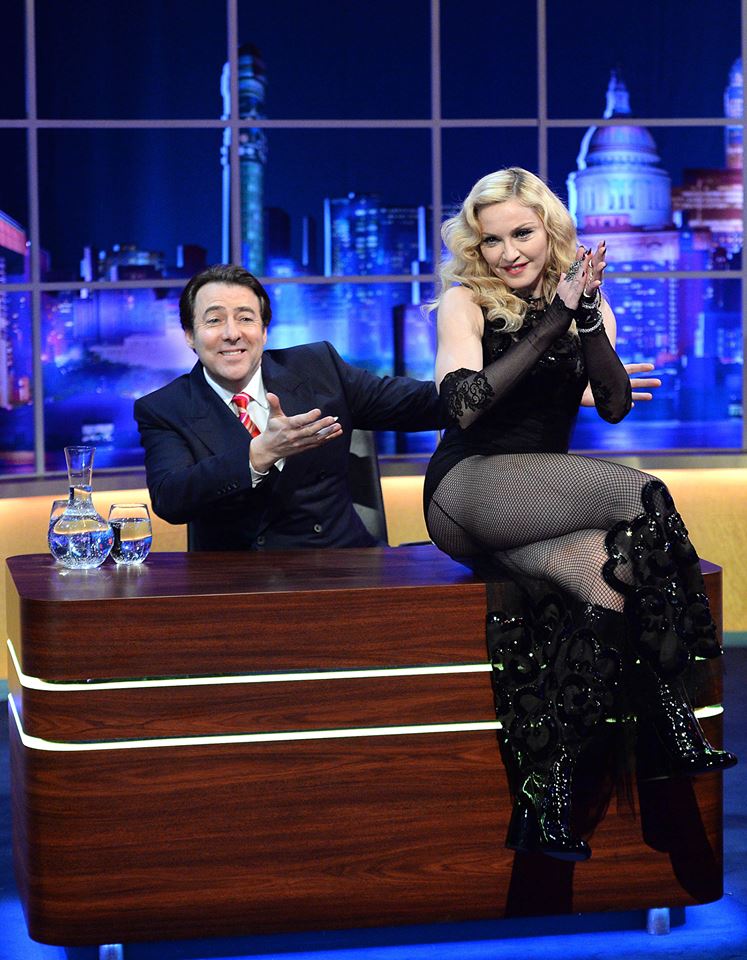 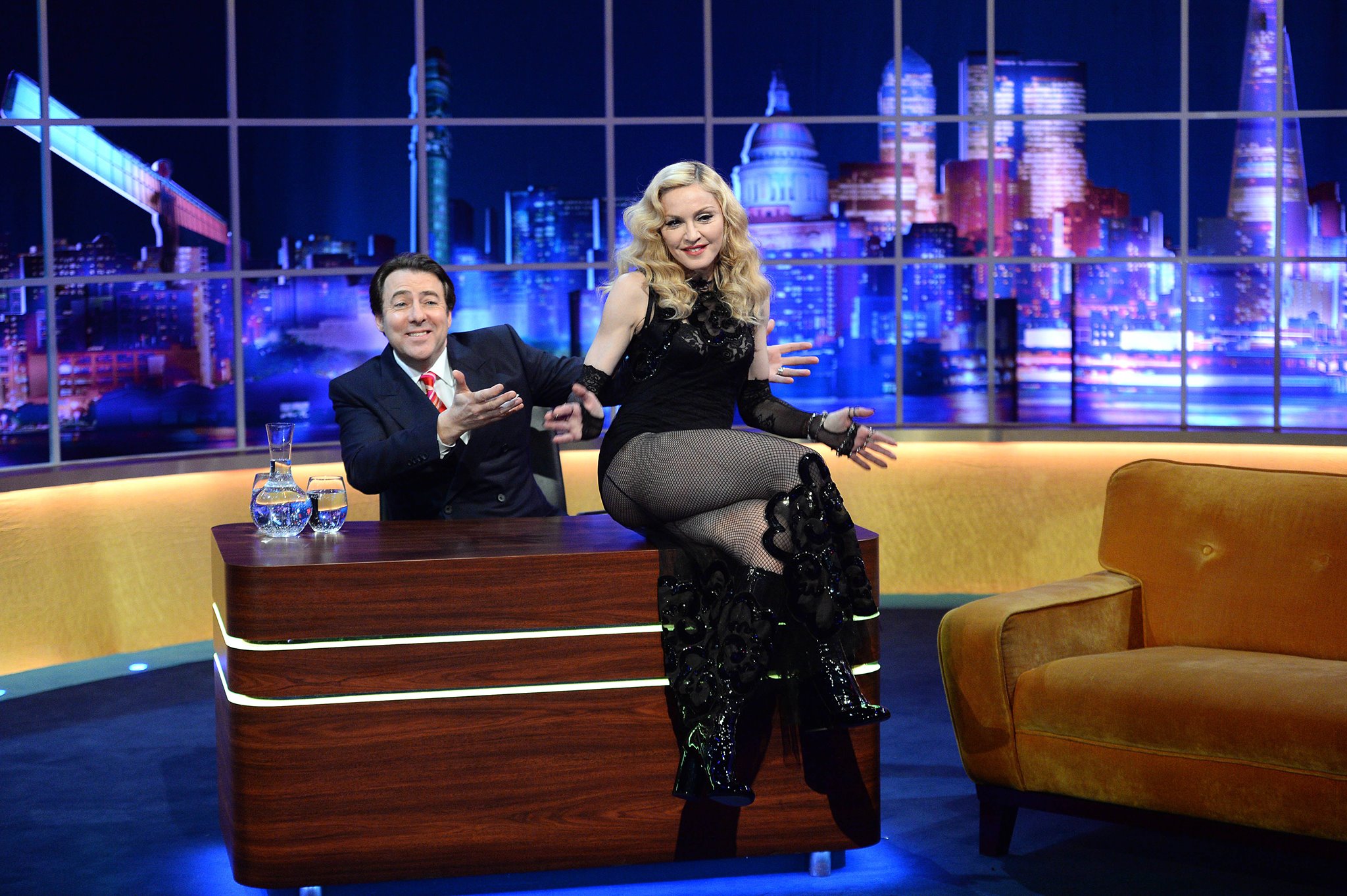 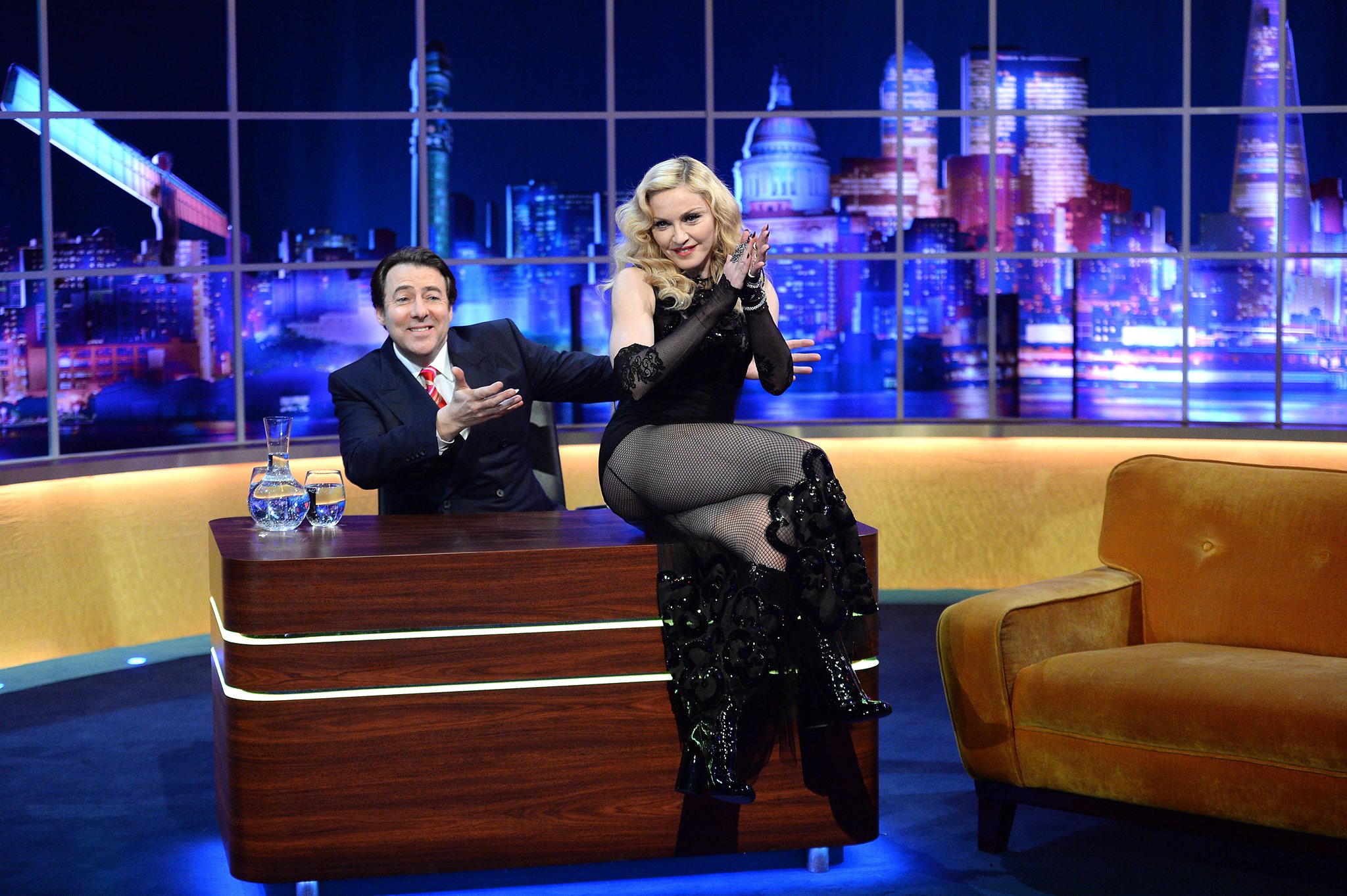 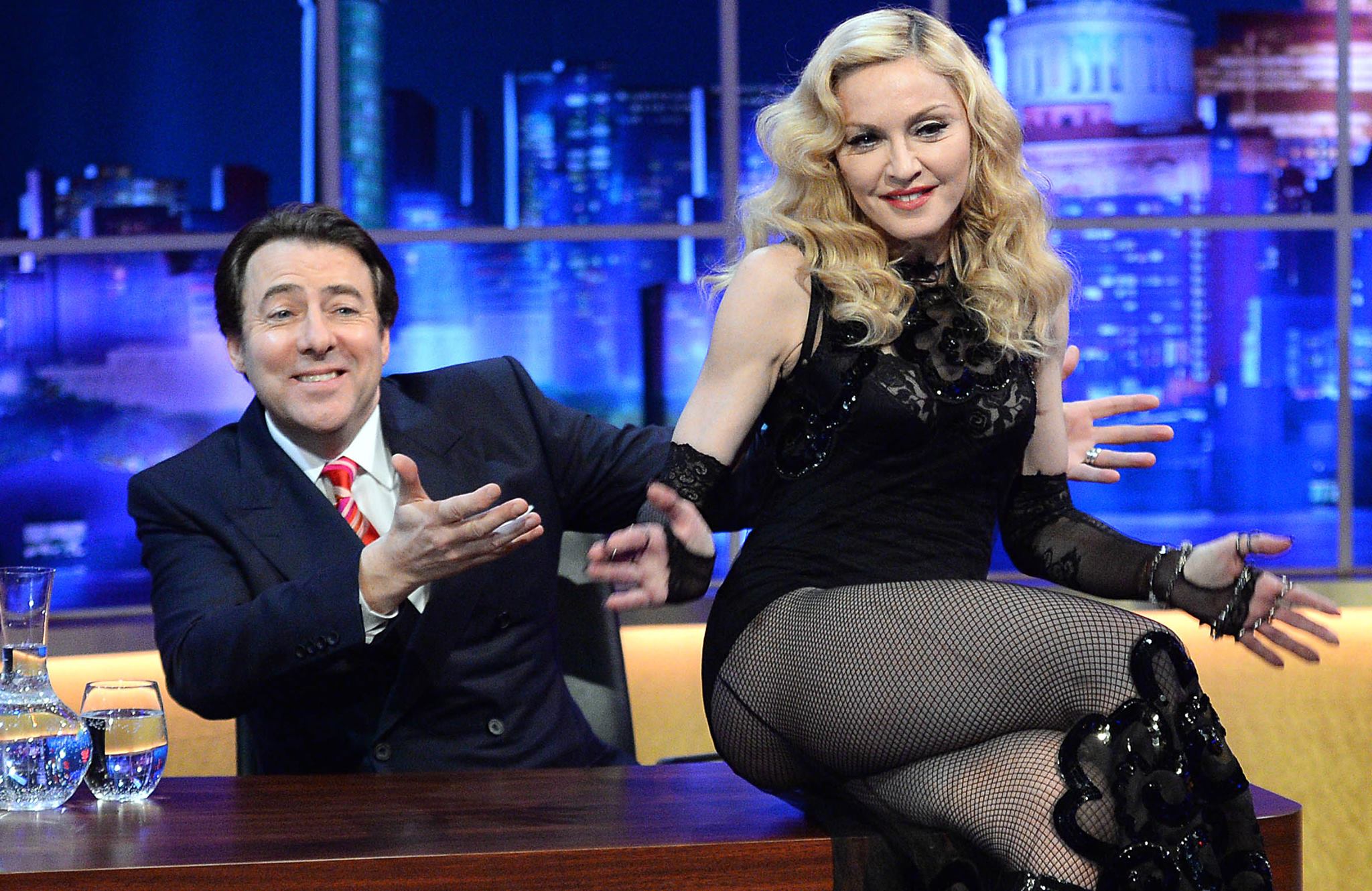 By Daniel Kreps February 27, 2015
The Israeli man accused of hacking into Madonna and her associates’ computers and leaking songs destined for the singer’s March 6th-bound Rebel Heart has been indicted on four counts. Adi Lederman, who three years ago tried out for Israel’s then-top-rated TV singing competition Kochav Nolad (A Star Is Born), was charged with computer trespassing, prohibited secret monitoring, copyright infringement and obstructing investigation, The Hollywood Reporter writes.

According to court documents, Lederman was able to steal the demo versions of Madonna’s Rebel Heart tracks by infiltrating the private cloud accounts of Madonna associates Sara Zambreno, engineer Angie Teo and musical director Kevin Antunes as well as an e-mail account belonging to Madonna’s manager Guy Oseary. Lederman had allegedly compromised Zambreno’s cloud going back to 2012, with court documents accusing the hacker of also stealing MDMA‘s “Give Me All Your Luvin’.” That song leaked out after Lederman sold the file to an unspecified person.

Lederman’s hack wasn’t an especially profitable endeavor, as court documents show that he was only compensated from “tens of dollars to a thousand dollars” for what he grabbed off the cloud accounts, which he then sold to two accomplices. Lederman’s obstruction of the investigation charge comes after he advised an accomplice to erase all of their correspondence after Lederman became suspicious that authorities were on his trail. If found guilty of all counts, Lederman faces up to five years in prison.

“I am profoundly grateful to the FBI, the Israeli Police investigators and anyone else who helped lead to the arrest of this hacker,” Madonna said in a Facebook message at the time of Lederman’s arrest. “I deeply appreciate my fans who have provided us with pertinent information and continue to do so regarding leaks of my music. Like any citizen, I have the right to privacy. This invasion into my life – creatively, professionally, and personally remains a deeply devastating and hurtful experience, as it must be for all artists who are victims of this type of crime.” 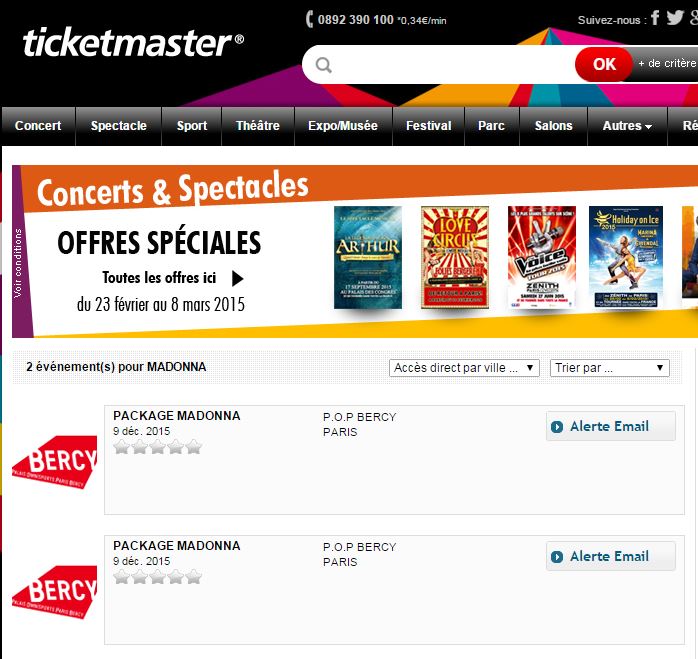 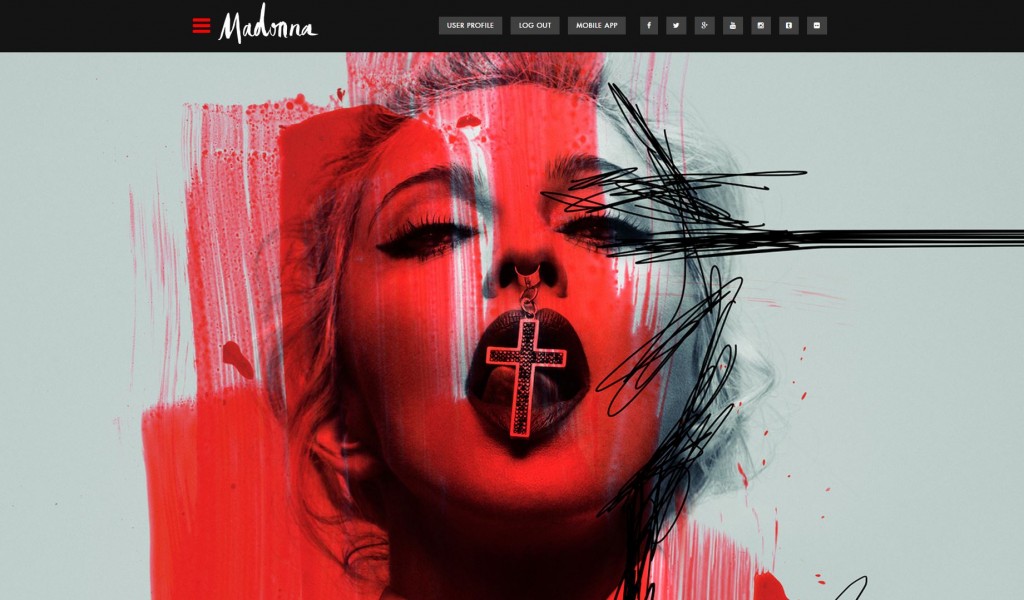 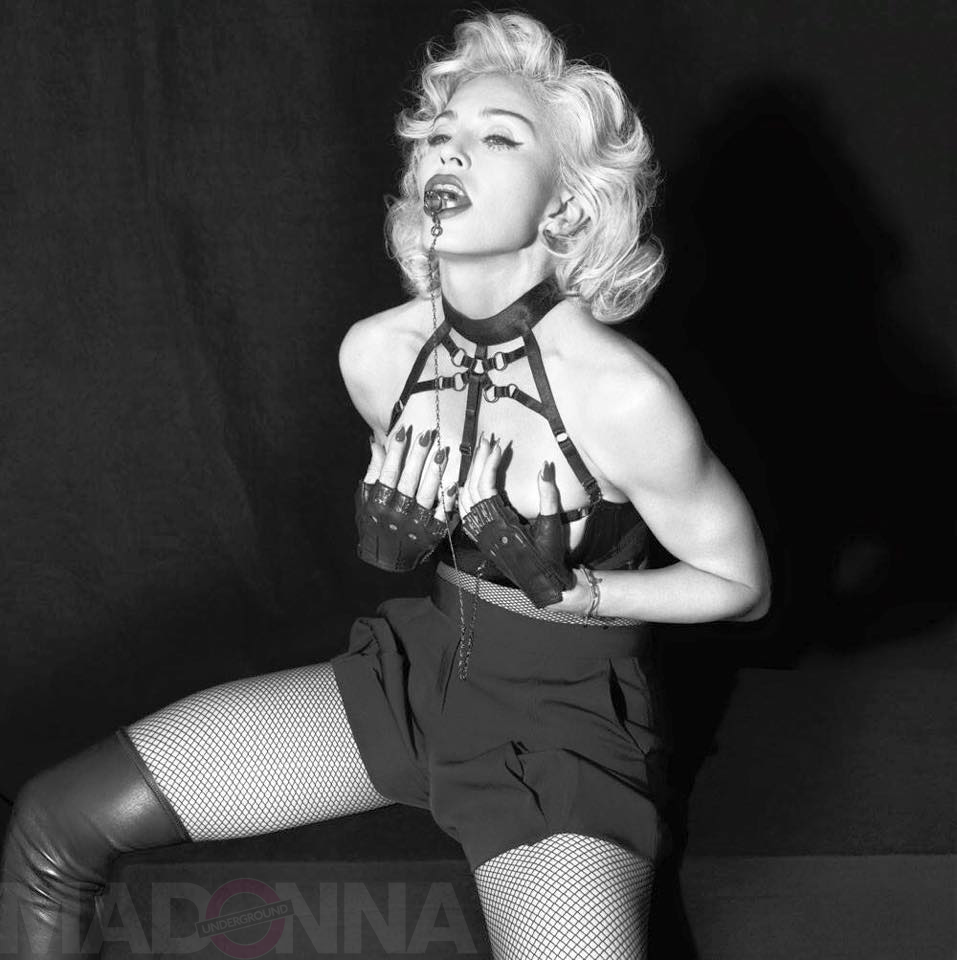 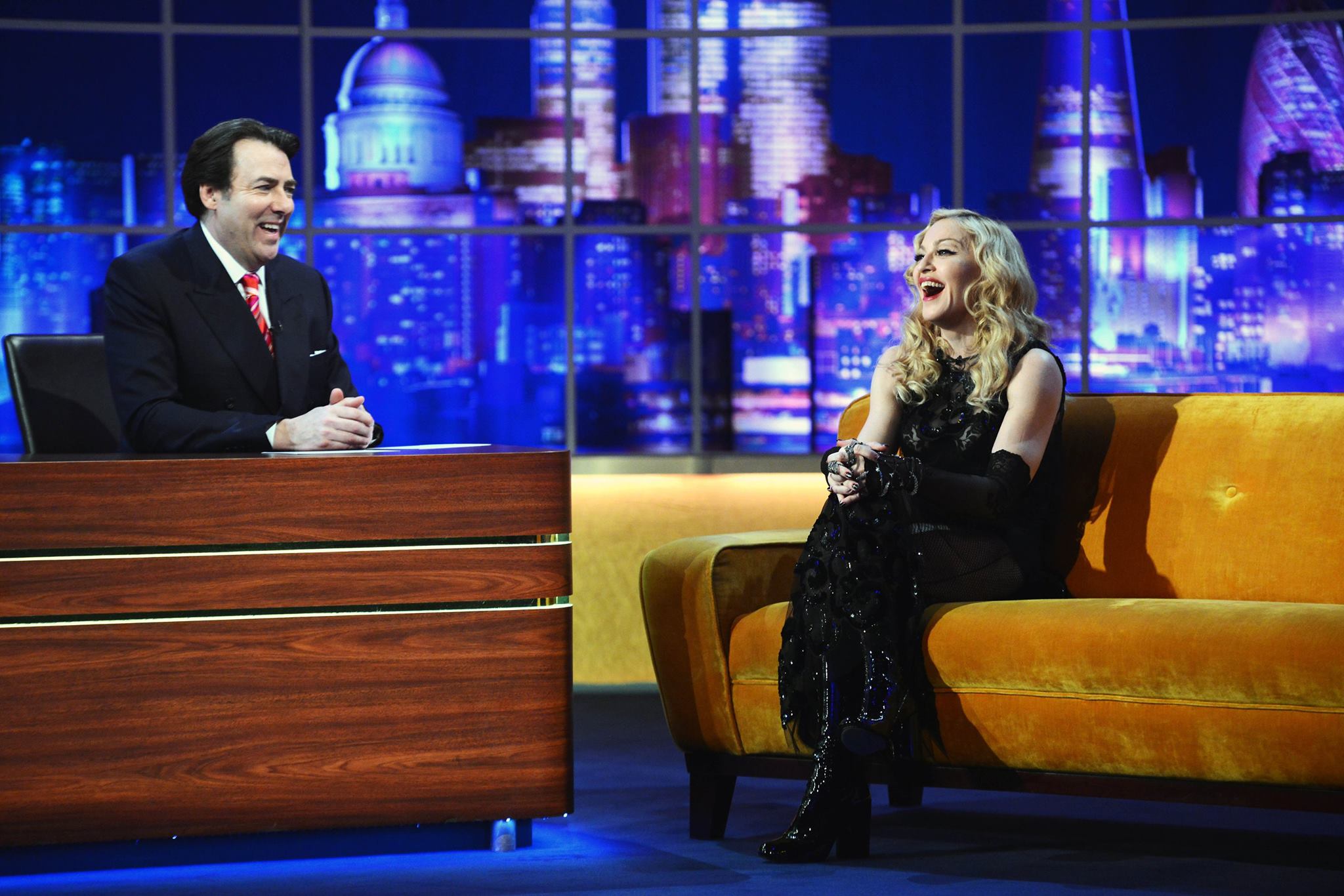 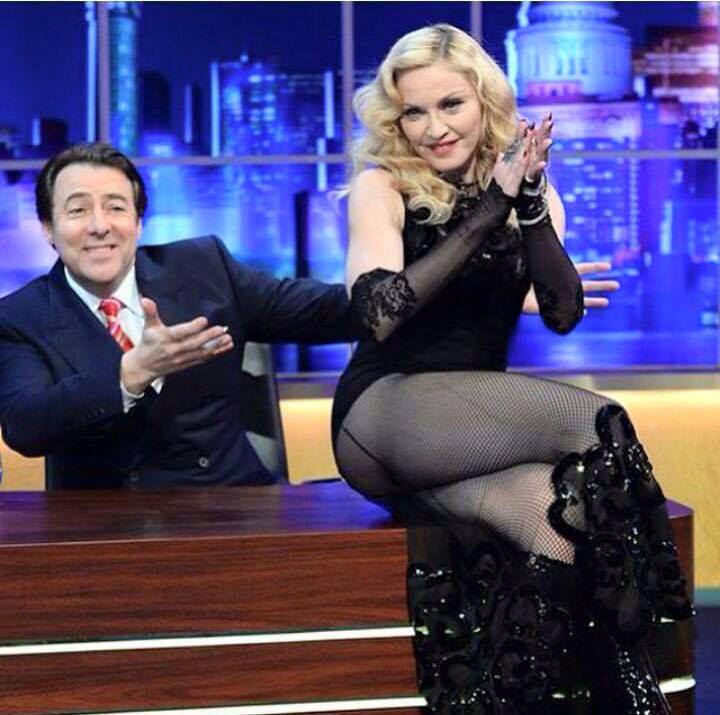