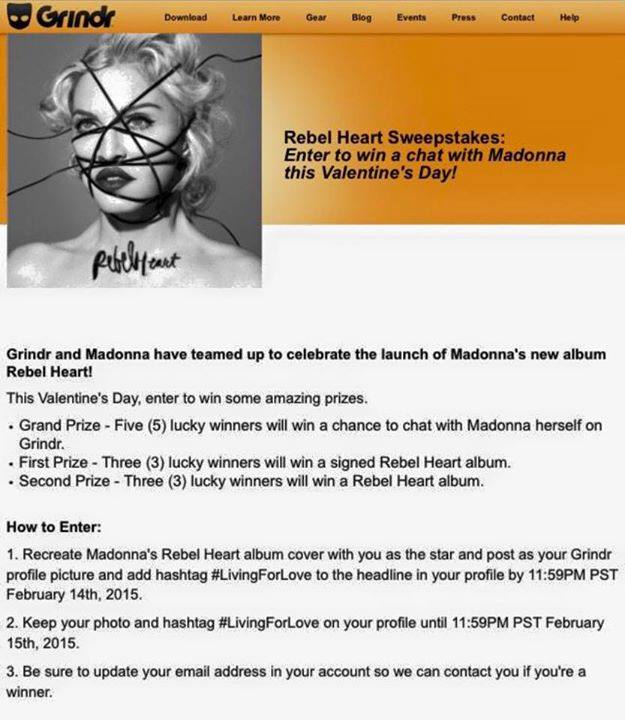 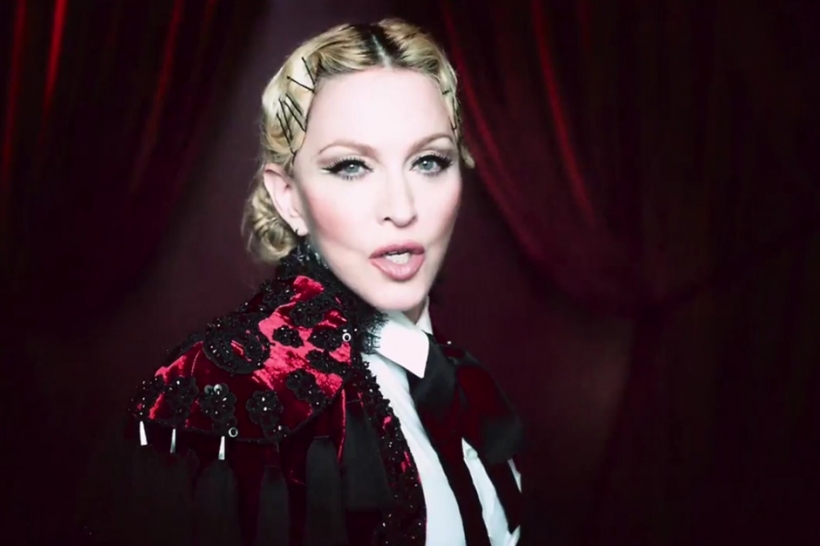 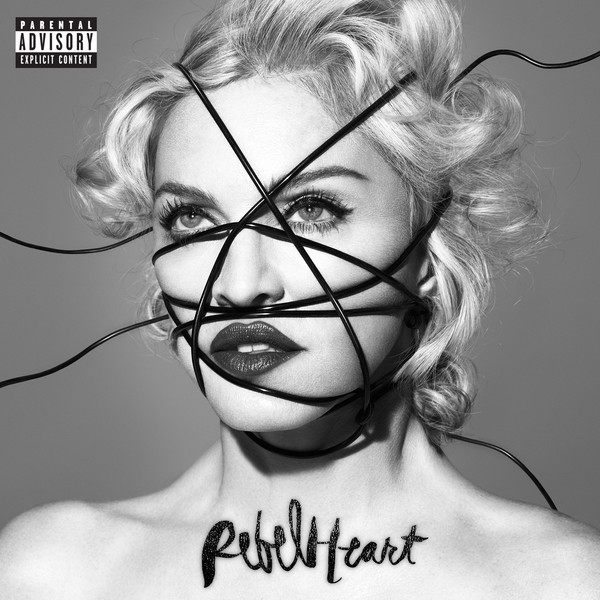 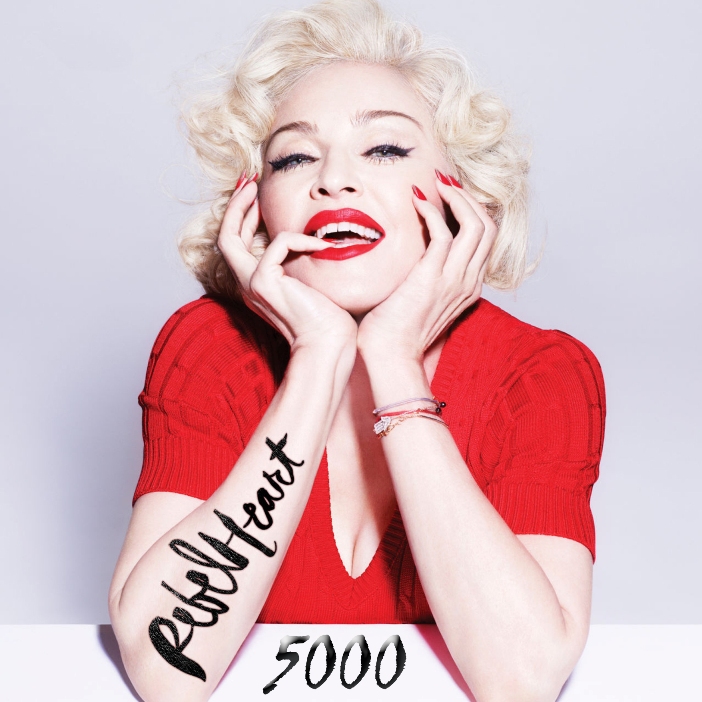 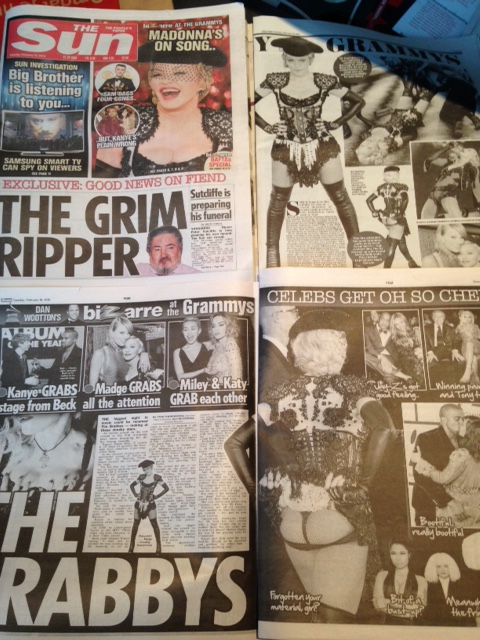 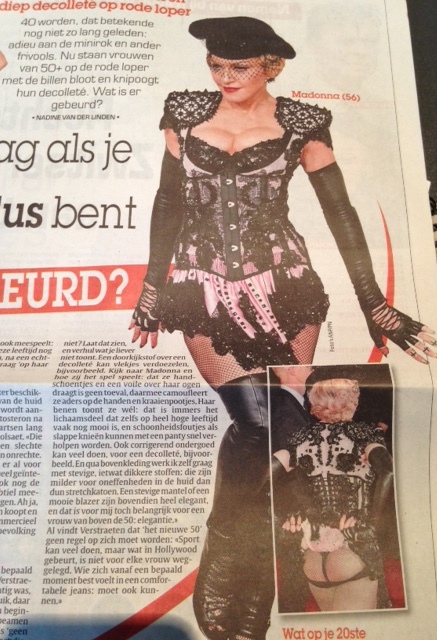 Werking the red carpet with my favorite madman! ❤️#livingforlove 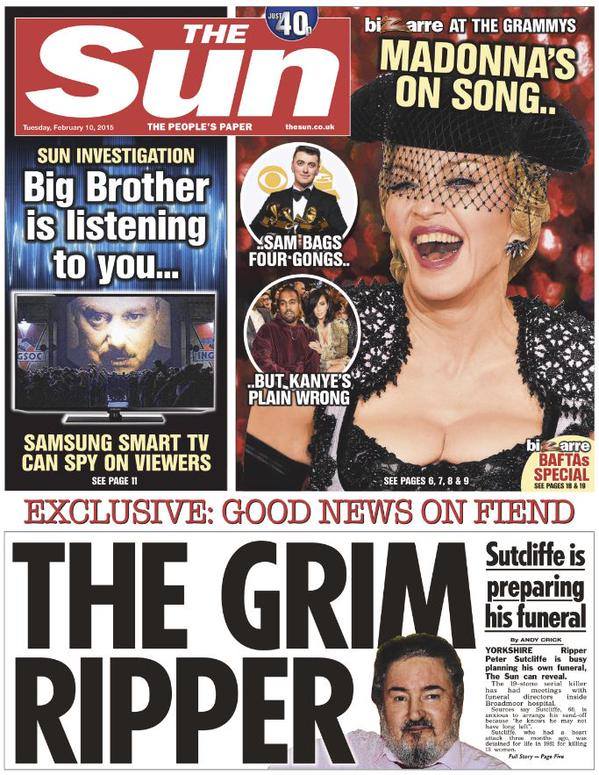 There has been a lot of speculation and FAME can finally confirm it: Thursday March 5th marks the date for the official Madonna Rebel Heart release party in FAME Plaza! More info to follow, so keep a close eye on Facebook, Twitter and their newsletter #livingforlove 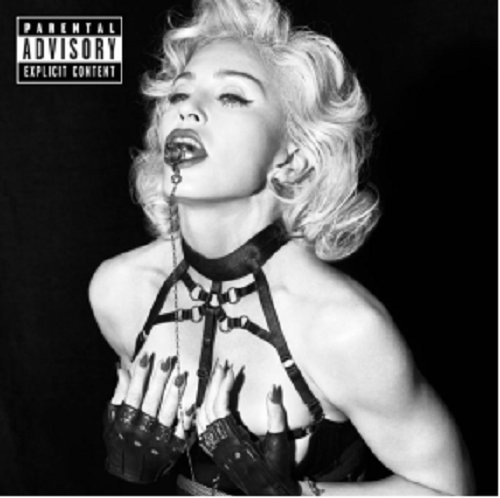 Madonna and Kanye West didn’t exactly light the world on fire with their latest singles when initially released. It’s important to note that Madonna’s Rebel Heart single “Living for Love” hadn’t been officially promoted as a single until last week, when Madonna made the music video for the song available. However, Kanye West’s duet with Paul McCartney, “Only One,” wasn’t initially clicking with people. Fortunately, Kanye West (who produces some of Madonna’s Rebel Heart by the way), gave a stellar Grammy performance that has pushed “Only One” to No. 20 on iTunes. 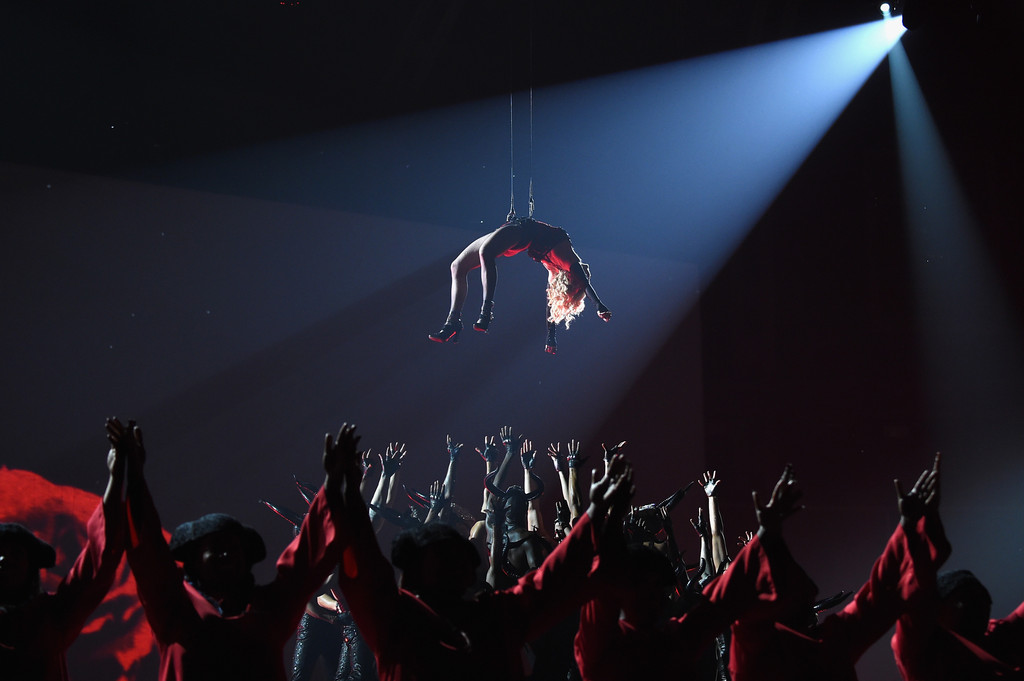 Madonna needed even more to prove than Kanye this evening after several songs were leaked months before her Rebel Heart release date. As Hardeep Phull of the New York Post notes, Madonna proved to everyone at the Grammy Awards why she’s still the Queen of Pop.

“The 56-year-old dispatched with the shock tactics for once, choosing instead to lead a vibrant, Matador-themed production, complete with dancers wearing bullhorns. The gospel-influenced dance track also happens to be her best in years, a fact that was reflected in the way the buttoned-up music industry crowd inside the Staples Center danced with something approaching pleasure.”

“20 might be a little too high. But definitely more than 10. A lot of different versions. We knew we wanted to make a dance record. But you know, there’s so many different levels of dance music and even different categories of house music. So, it was really like, what’s the bass line gonna sound like? Is it gonna be really stripped down and sparse, or is it going to be loaded up?”

Madonna is getting ready to start preparations for her world tour in support of Rebel Heart. She is going to play arenas instead of stadiums. She is also scheduled to play Australia for the first time in 22 years. Kanye West, who has produced Rebel Heart tracks “Holy Water,” “Illuminati,” and “Wash All Over Me,” will also tour around the same time Madonna does on a joint gig with Rihanna. Thanks to Madonna and Kanye West, 2015 is going to be a great year for music.

Just hours after Madonna took the 2015 Grammys stage with a herd of masked minotaurs to perform “Living for Love,” the pop icon released three more tracks from her forthcoming Rebel Heart album.

Now available for those who pre-ordered the album are “Hold Tight,” “Joan of Arc” and her Chance the Rapper/Mike Tyson collaboration “Iconic.”

Madonna Performs ‘Living for Love’ at the Grammys

“Hold Tight” is the best of the bunch, an immediately familiar track with an epic, arresting chorus and martial drumming.

The studio version of “Joan of Arc” is a massive improvement on the illegally leaked demo that preceded news of the album itself. On the Grammy red carpet Sunday night, Madonna said the worst part of the Rebel Heart leaks was that fans heard incomplete/rejected versions of her new material. Nowhere is this more apparent than on “Joan of Arc,” a solid album track that sounds 10 times better than the leaked version.

“Iconic,” Madonna’s Chance the Rapper and Mike Tyson collaboration, is just about as odd as you’d expect. Mike Tyson introduces the song with a boastful spoken word segment that might inspire hubristic listeners if not for the fact that it’s actually a quote from blood-stained Fascist dictator Benito Mussolini.

Fortunately, the Axis shout-outs end there — Chance doesn’t reference Mein Kampf in his verse — but the rest of the song is a fairly overwrought affair. Chance’s verse is fire, but the intense, busy production ultimately adds up to very little.

You can listen to the new Rebel Heart tracks if you pre-order it on iTunes, and watch Madonna’s “Living for Love” Grammy performance here.