From a random draw the following winners came up that shared our picture and #madonnaunderground the right way, if you see your name here please contact us with your full address. If we do not hear from you in a week, we will draw someone else instead. Please send your address to: info@madonnaunderground.com

Madonna confirmed to perform at the iHeart Radio Awards #iheartawards

We are excited to confirm that Madonna will perform at the
‪#‎iHeartAwards‬ March 29 on NBC! iHeartRadio https://bit.ly/iheartawards

Tuesday, 03.17.15
In a daytime and nighttime television exclusive, the “Material Girl” with an insatiable “Rebel Heart” is here for a week of music, games and talk surrounding the release of her brand new album… MADONNA returns! Today marks the beginning of a host of surprises when the iconic pop star joins Ellen to discuss the infinitely exciting world of her life. A “Ray of Light,” who is always in “Vogue” and can “Live to Tell” about every escapade, the singer is one of the most famous musicians in history, persistently telling the stories she wants to tell, the way she wants to tell them, and with no fear. Because of her talent and tenacity, Madonna has sold over 300 million records worldwide. She will share the inside scoop on her latest work and tour when she returns!
Ellen

This has been in my collection since 2003 when I found it at a Dutch record fair for 70 euro’s. I had never seen before then, and have never seen one since. It is the first Madonna lifesize display known in existance. This was created to promote Desperately Seeking Susan in Germany. I have received many requests throughout the years regarding the display, but to this day it remains in my collection. 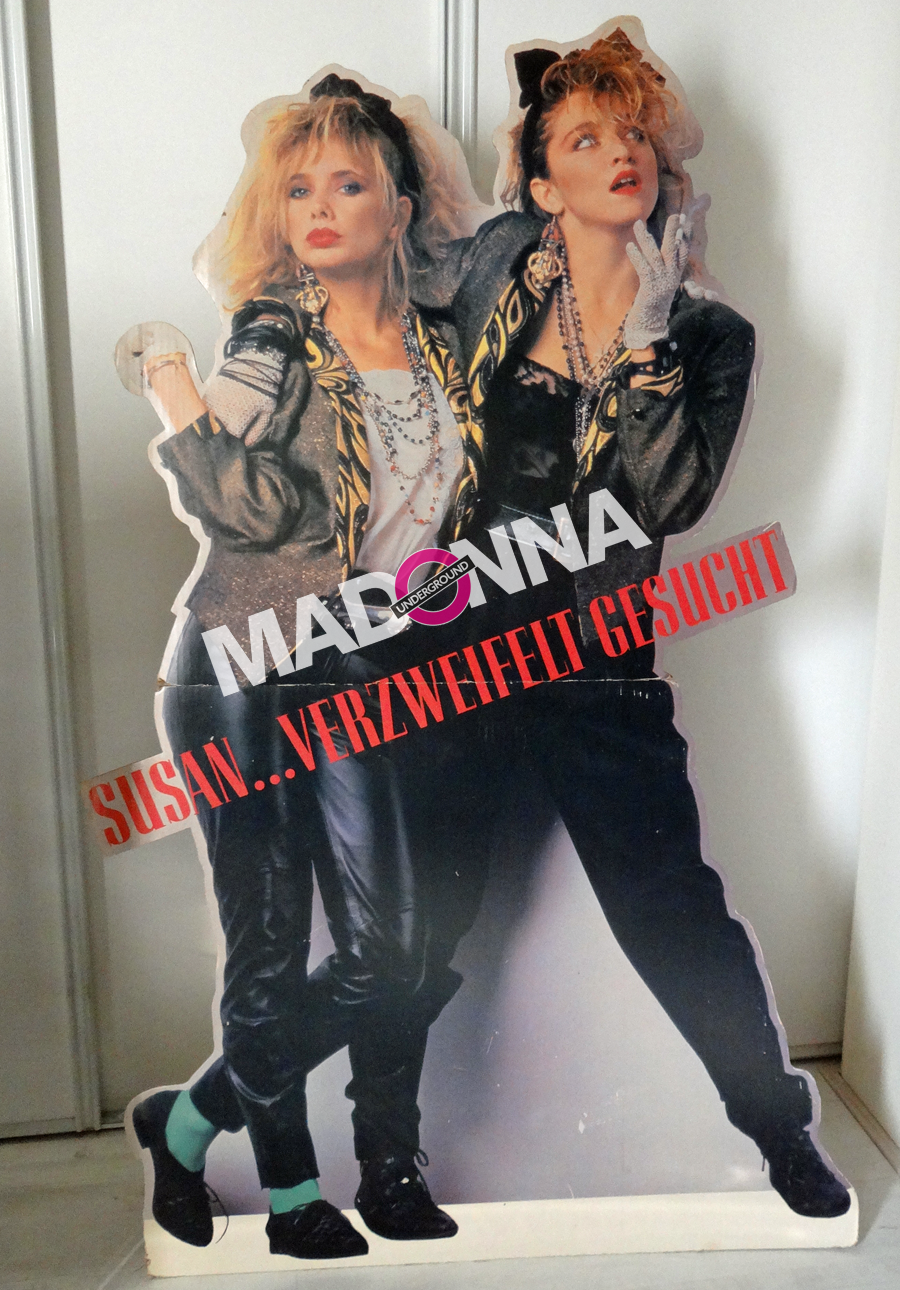 Ticketmaster give you an option “Ticket Collector” (you need to add 4,90euros to you order… But it deserve it !!! 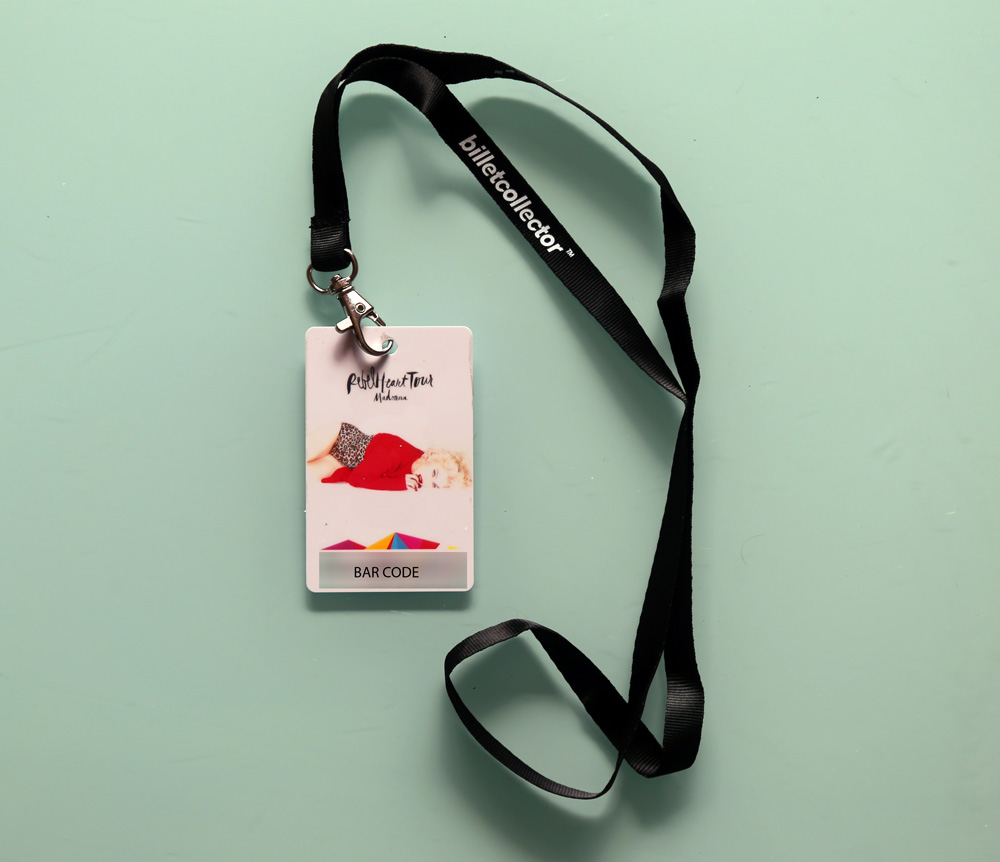 Rebel Heart debuts at number 1 in Holland! We can also tell you that Madonna’s second single off Rebel Heart ‘Ghosttown’ is doing extremely well on Dutch radio!

The Japanese edition of Rebel Heart has been sent out and for most who pre-ordered through HMV, came this limited edition poster made from vinyl (?) 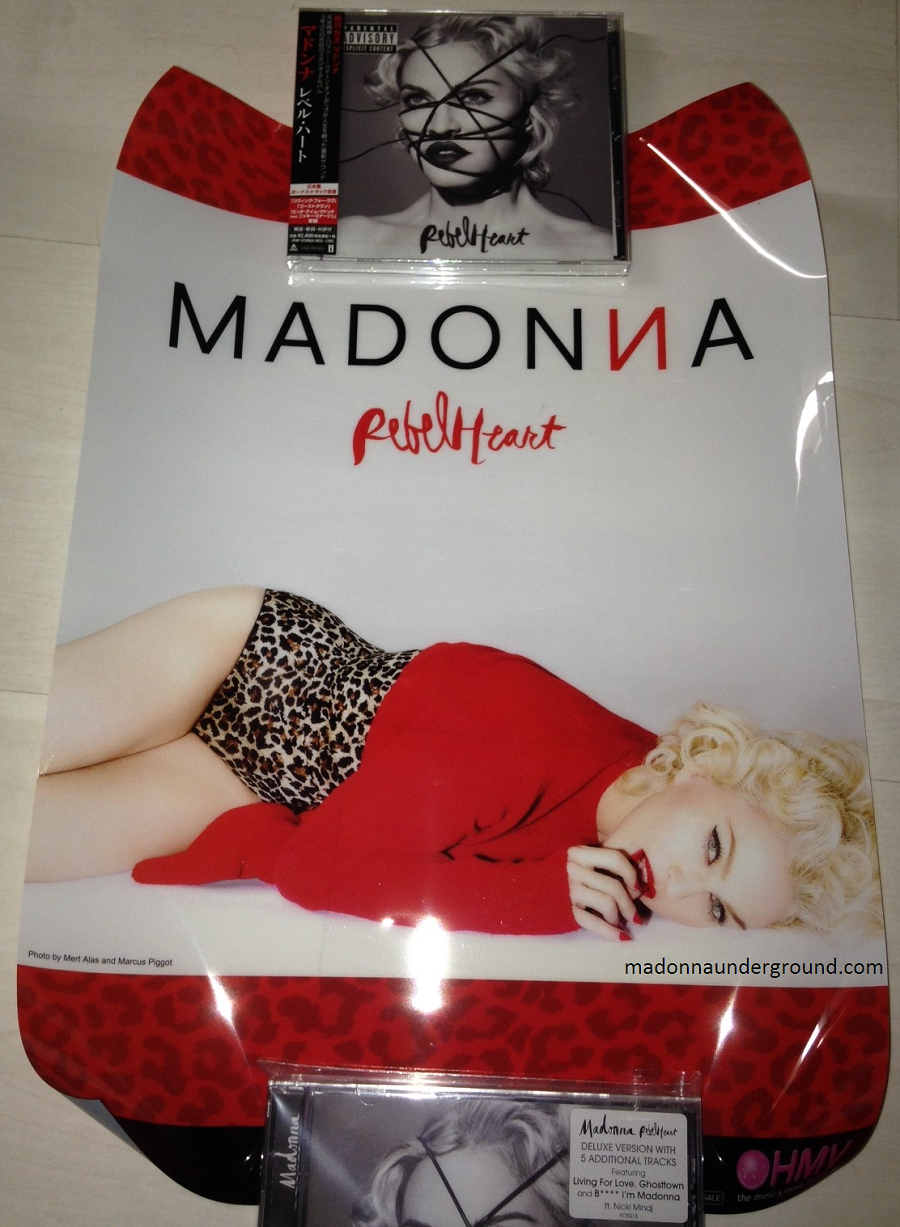 Including cover + 7 inside pages (1 poster and an exclusive interview)

Exist with an alternative cover! 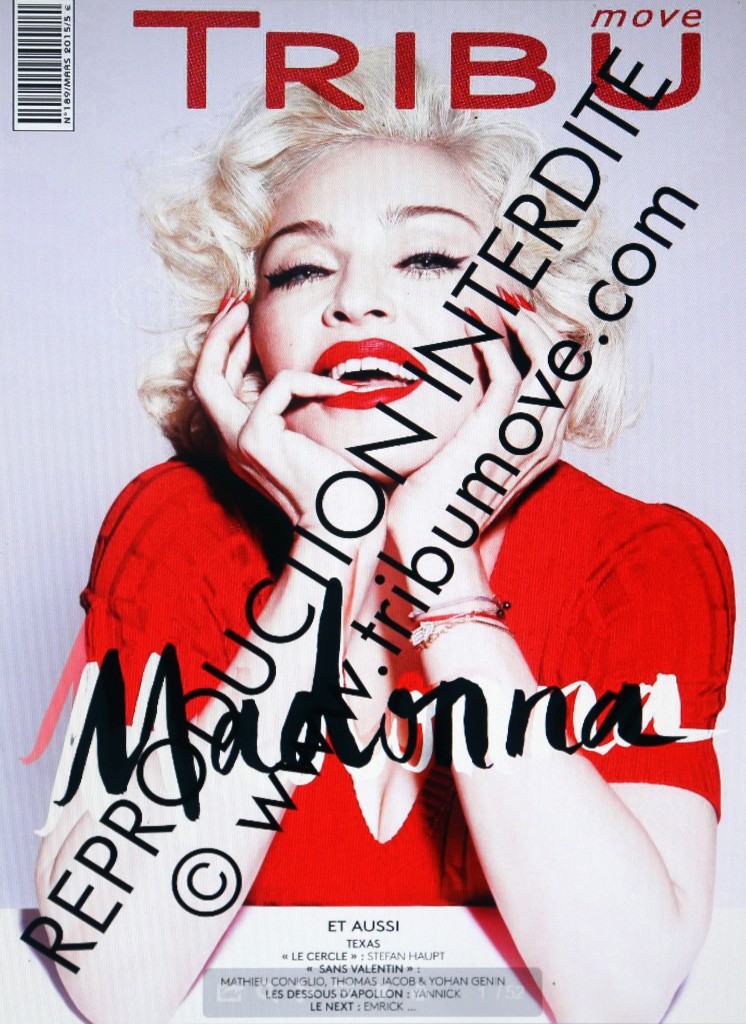 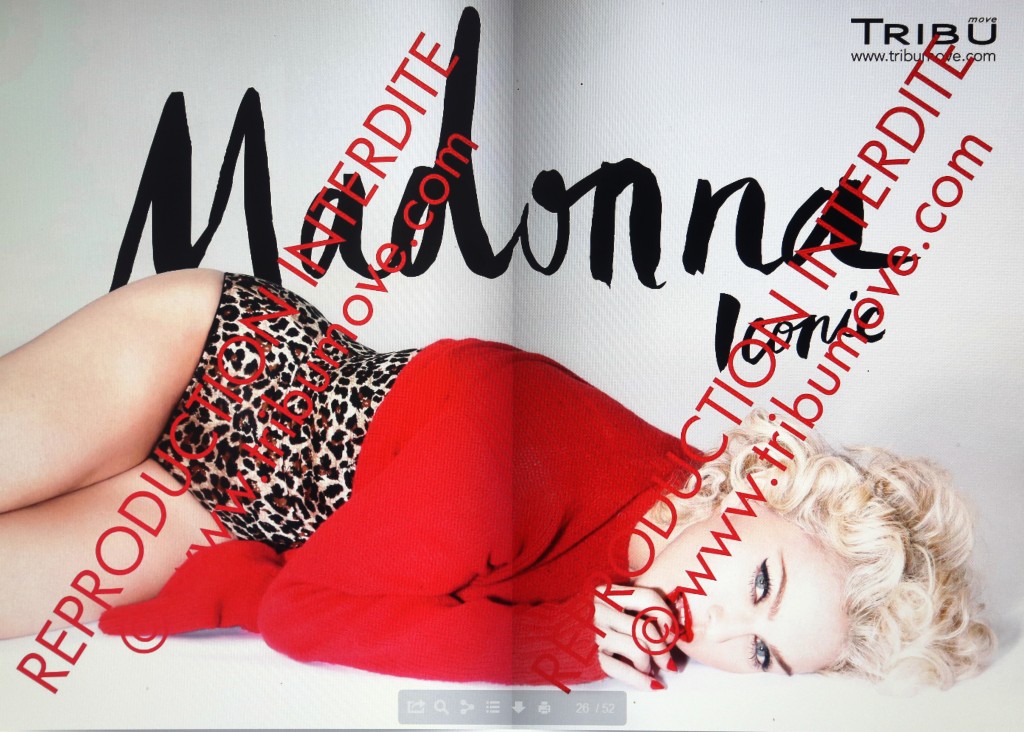 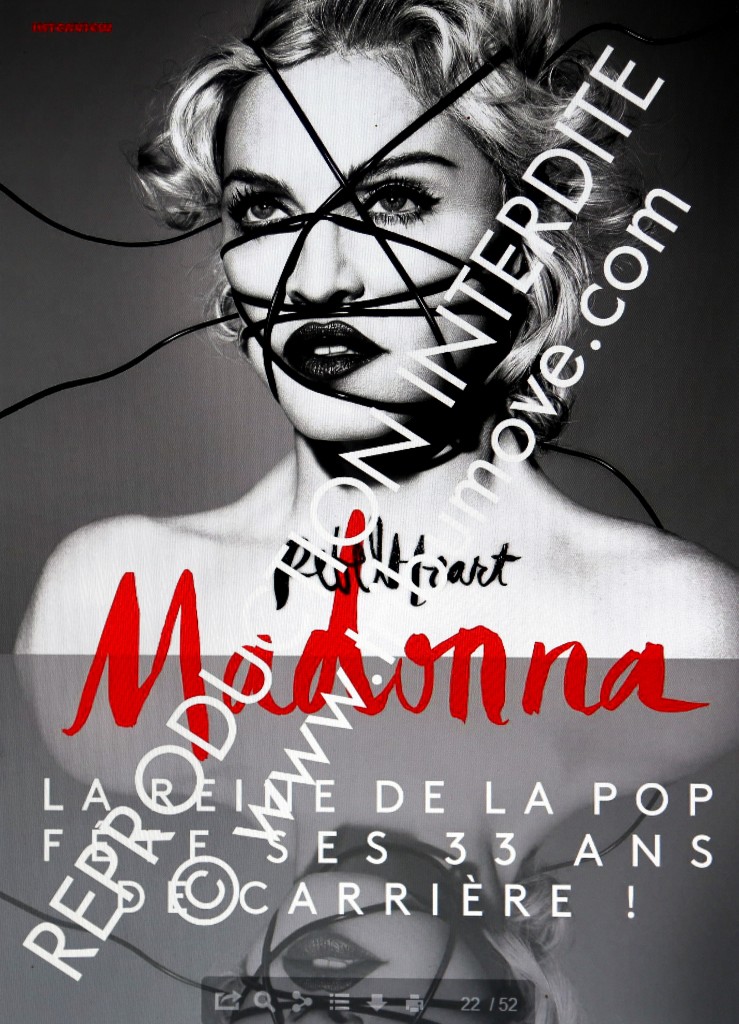 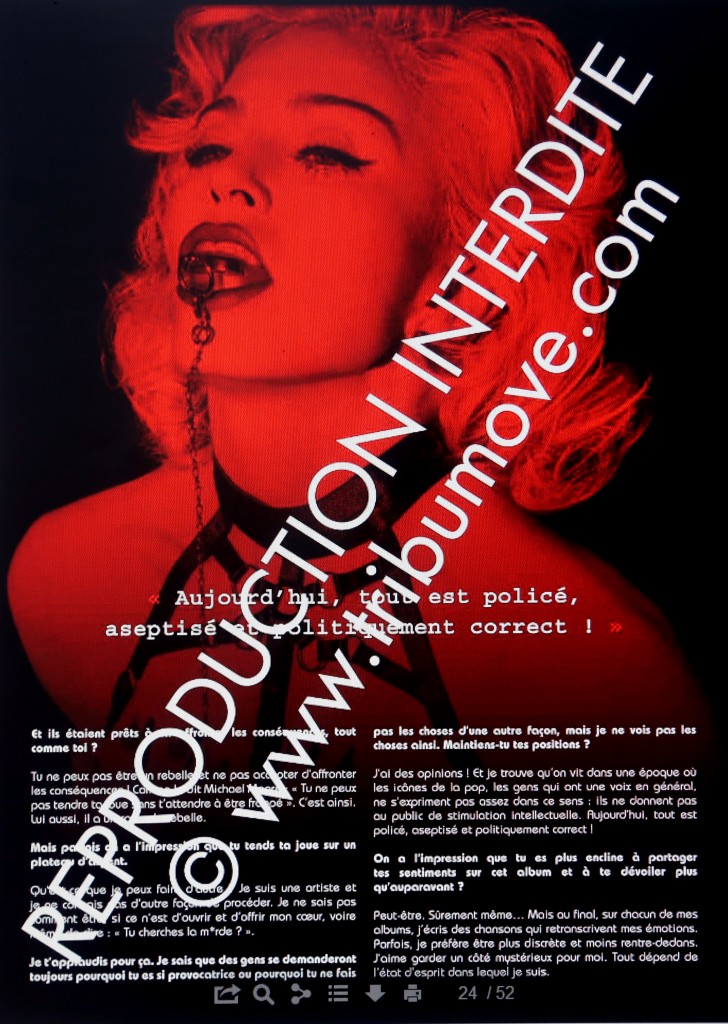 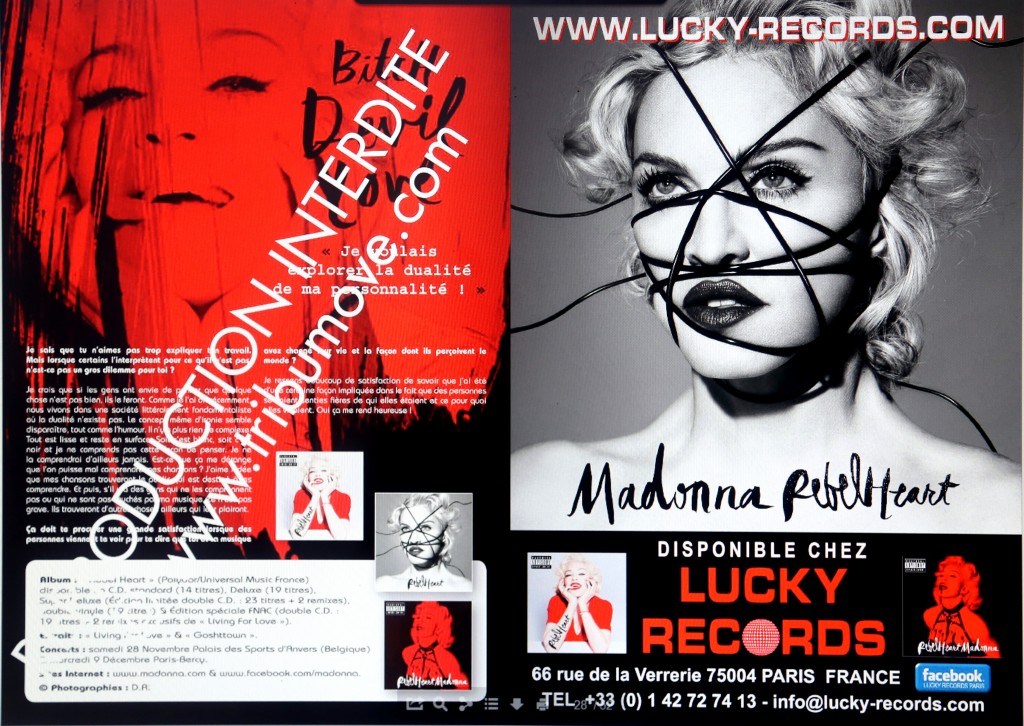 You can order yours HERE

We will announce the lucky winnes of the limited edition pressing (200) of the Dutch Rebel Heart DVD today. The DVD was pressed especially for the official Dutch release party and contains the Living For Love video. 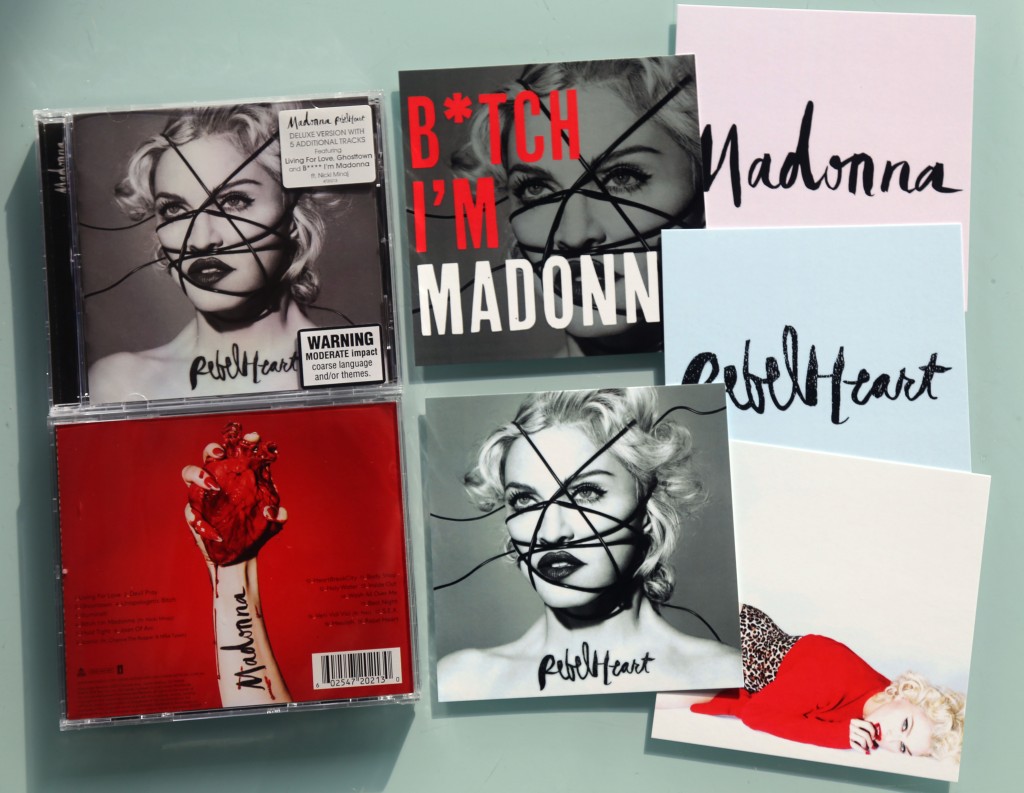 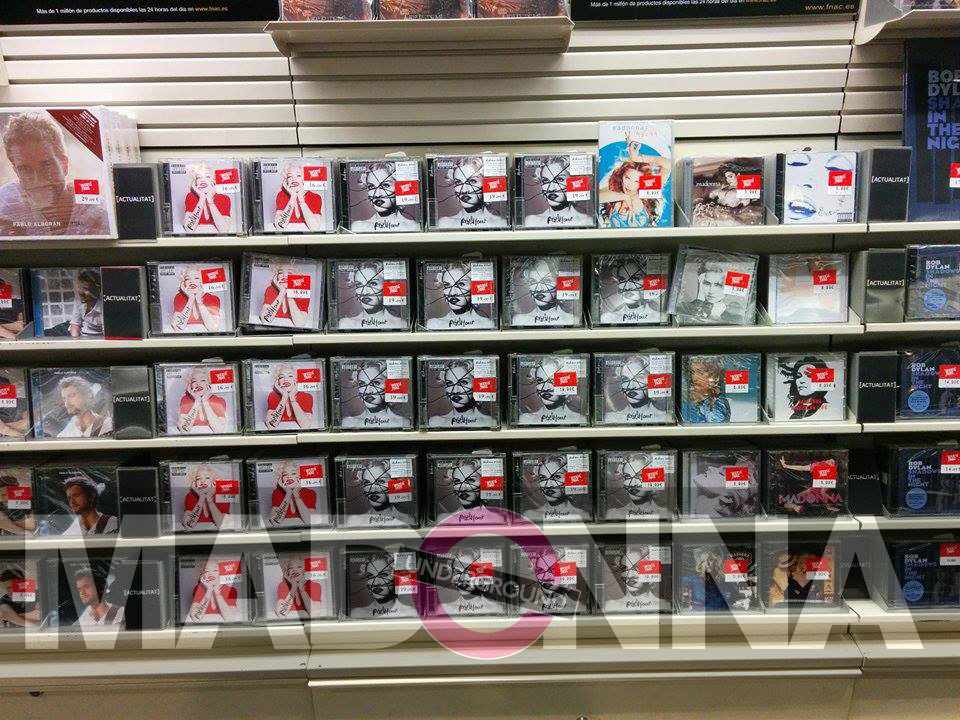 Madonna Opens Up to Howard Stern About Getting Raped, Explains Why She Never Pressed Charges: “It’s Just Not Worth It”

Madonna may be one of the biggest pop stars in music history.
But long before selling out arenas and millions of albums, she was just a girl with a dream who wanted to make it big in New York City.
In a candid new interview with Sirius XM’s Howard Stern Show, the Rebel Heart singer opened up about her big move from the Midwest to New York City. As it turned out, that first year living in the Big Apple was quite the difficult journey.
“First I was in shock, I didn’t know a soul,” she told Howard Stern when reliving her move to the East Coast. “I was saying hi to people on the streets like a dork.” 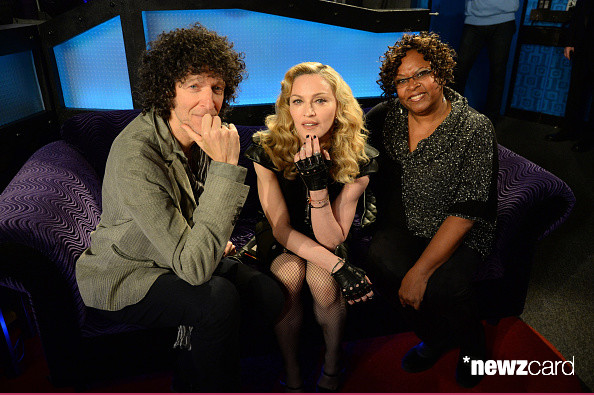 And as months passed by, Madonna’s apartment kept getting robbed, leaving her with very few items. One of the most scariest events, however, happened when her friendliness got her into a difficult situation.
“I was going to a dance class and the door was locked and I needed money for the payphone,” she explained. “[A man] gave it to me… he was a very friendly guy. I trusted everybody.”
As it turns out, the unnamed person persuaded Madonna to make her phone call across the street where he lived. What came next was most horrifying.
“I was raped,” she proclaimed. “The first year I lived in New York was crazy.”

When Stern and co-host Robin Quivers asked if she ever went to the police and filed charges, Madonna explained that the process was too overwhelming.
“You’ve already been violated,” she explained. “It’s just not worth it. It’s too much humiliation.”
And when asked if she ever wanted to just fly back home, Madonna was adamant that it was never a possibility.
“Well, have you ever been to Rochester, Michigan?” she asked. “I just didn’t want to go back. I can’t be around basic-thinking people.” 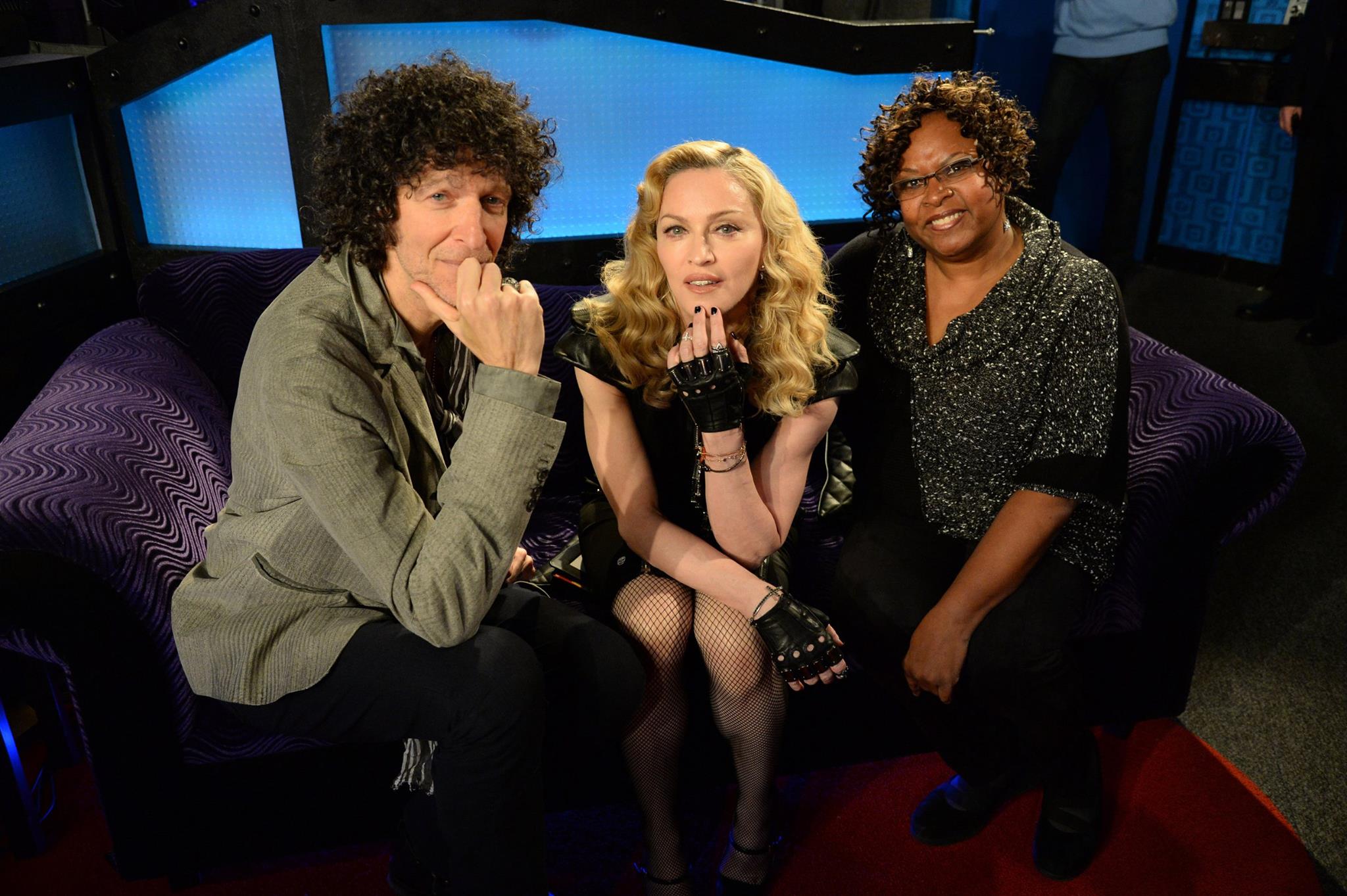