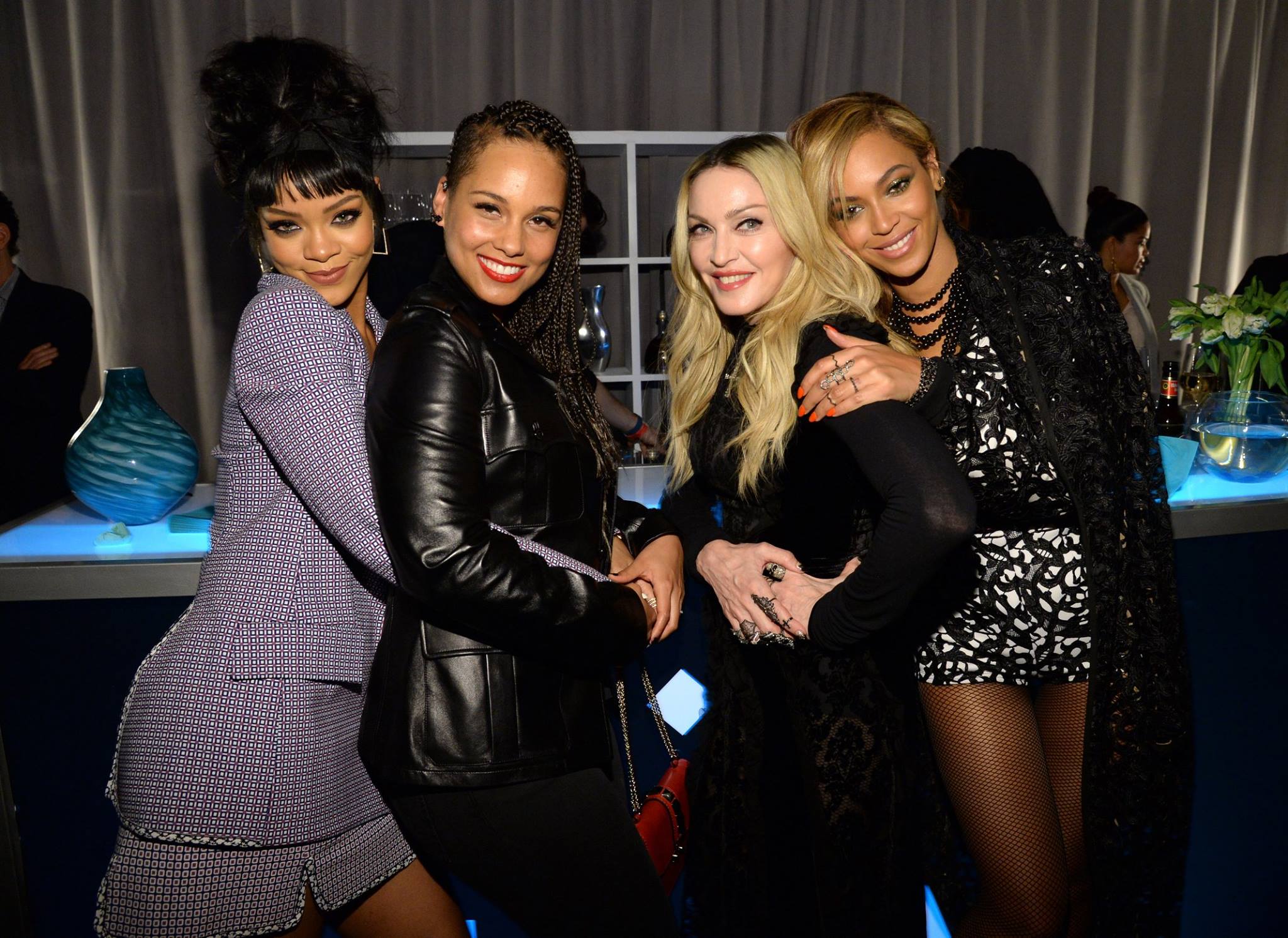 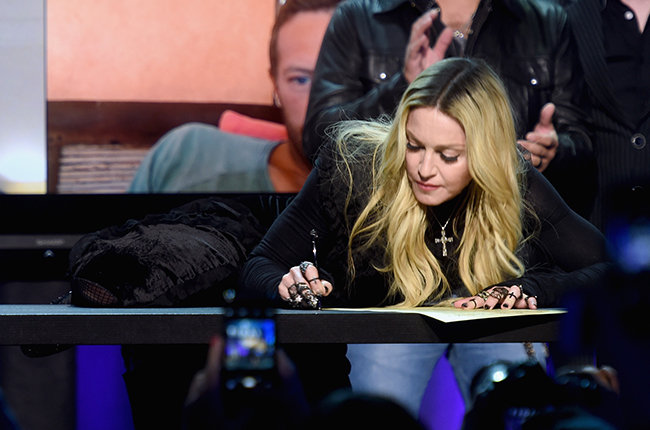 “Our mission goes beyond commerce and technology,” Keys promised. “Our intent is to preserve music’s importance in our lives. It’s the world’s true universal language.”

Either in person or via video chat, all of those artists participated in the livestream. Those present at the New York event made a ceremony out of signing a declaration of their intentions to boost this artist-owned music streaming service on the livestream.

To the sound of Radiohead’s “National Anthem,” the collection of singers, rockers, DJs and rappers signed a piece of paper, one after another. Madonna made a point to straddle the table. Because… Madonna. 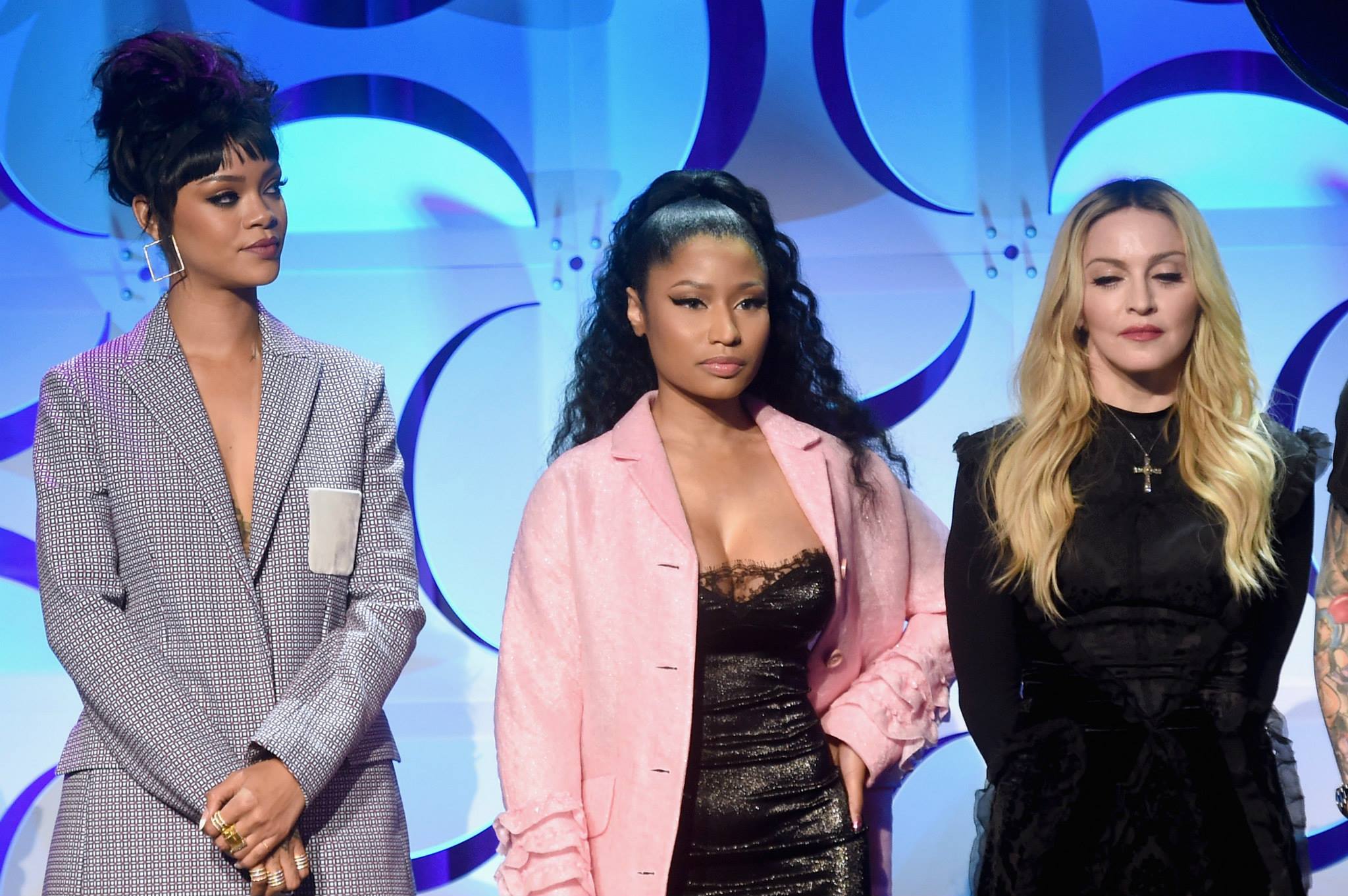 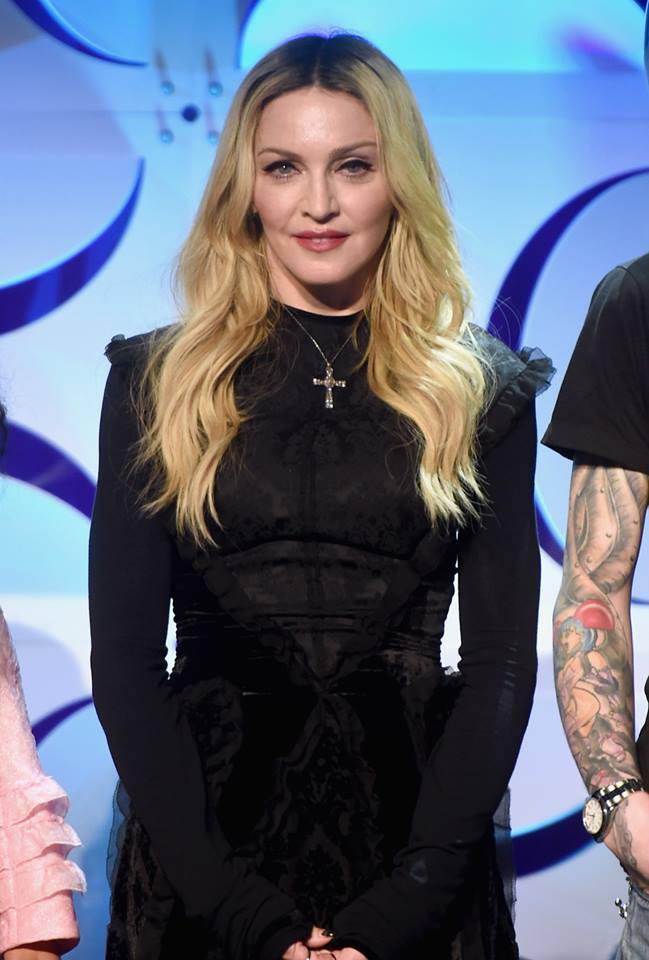 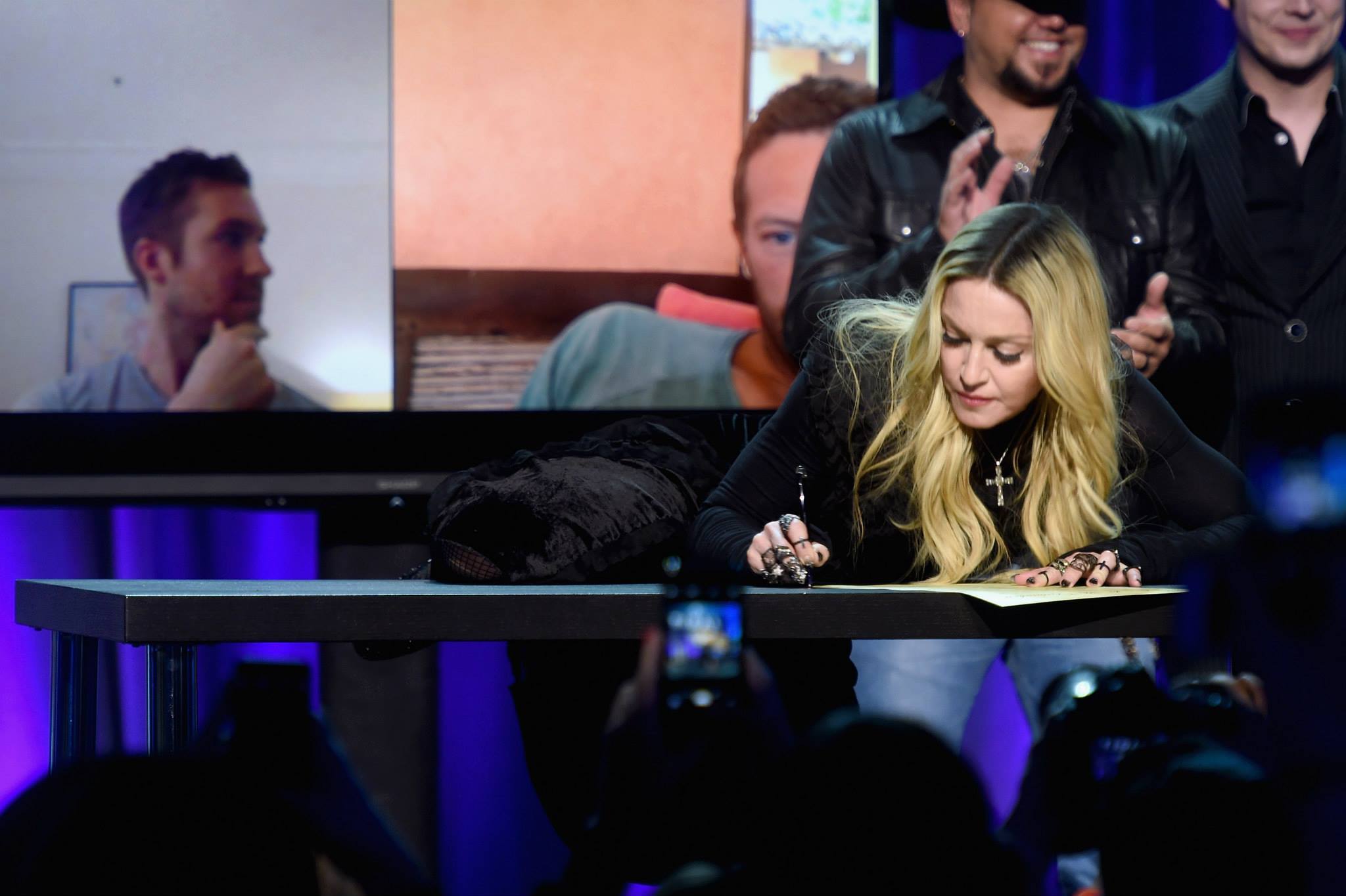 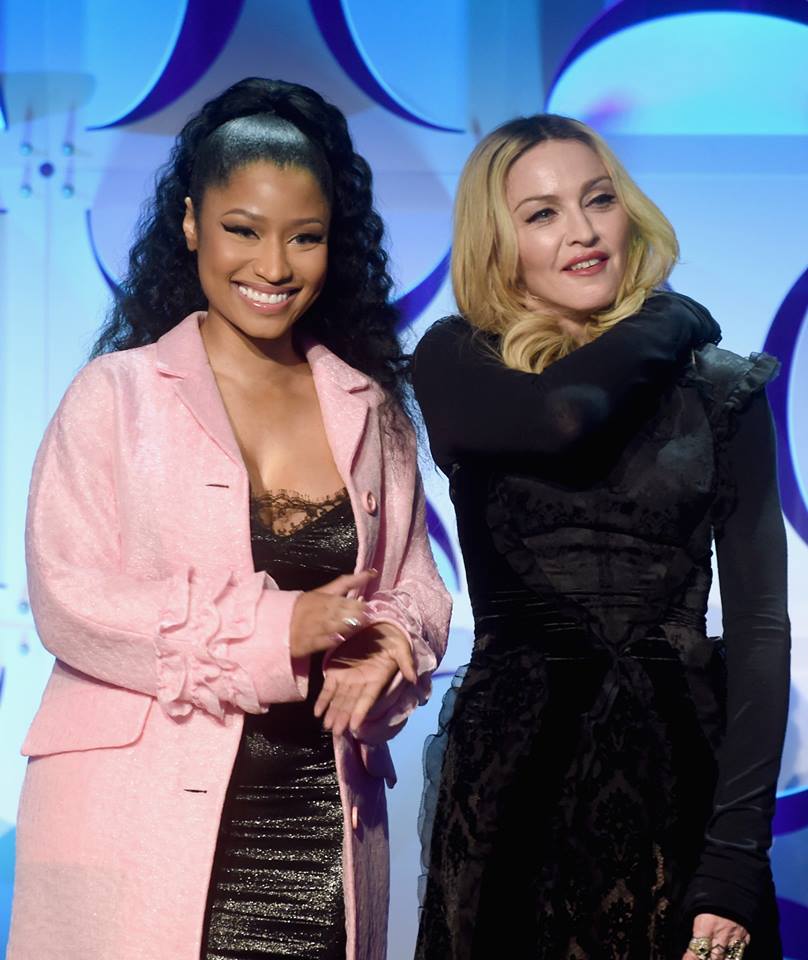 NEW YORK (AP) — Some of the biggest names in music have established their own online streaming service.

Keys said the artists hope the new service will “forever change the course of music history” and ensure the viability of the industry.

The membership-based service will provide music and exclusive video content that users can stream on computers, tablets and smartphones or listen to offline. 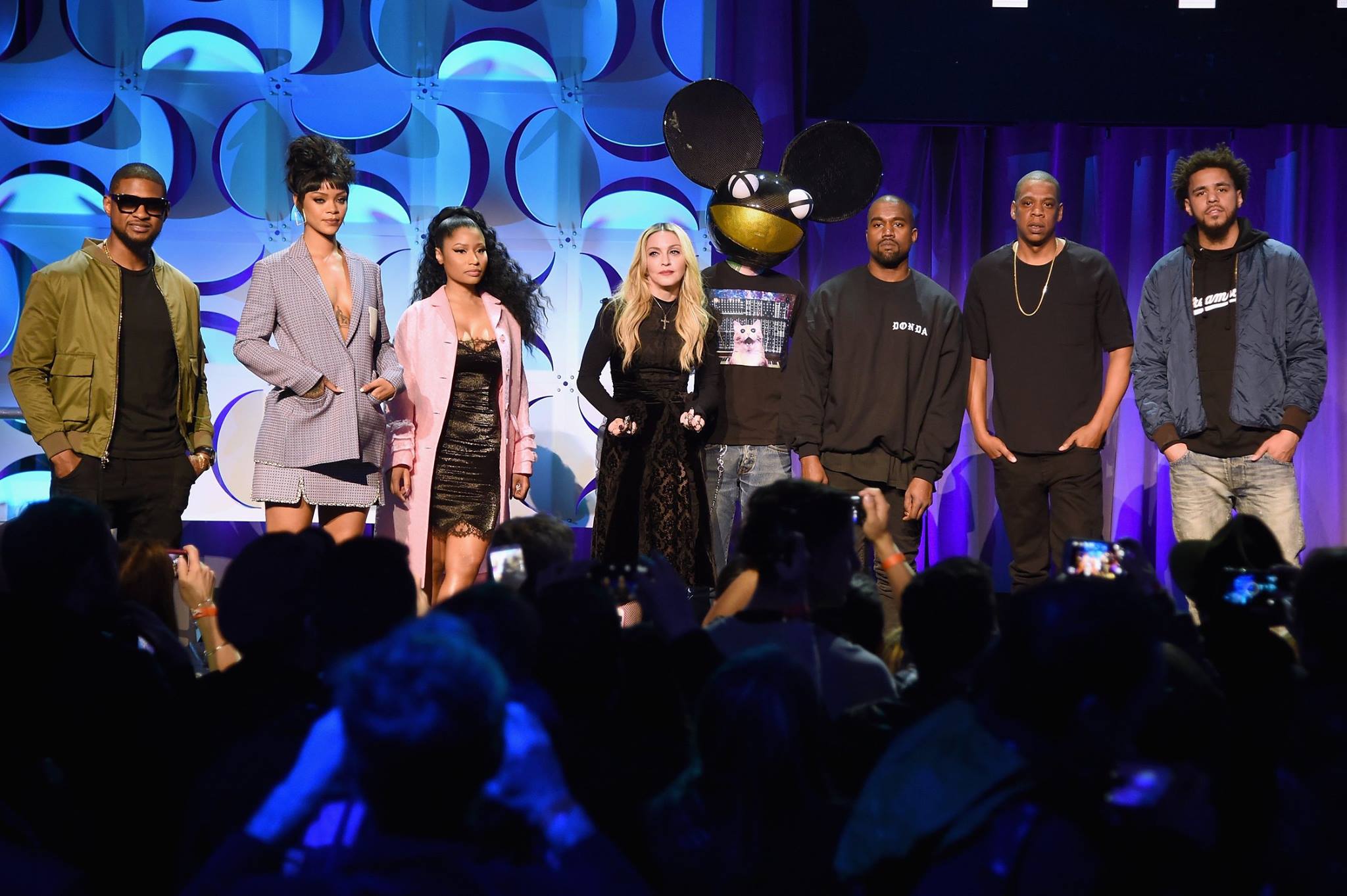 Ghosttown remixes + Video to Ghosttown to be released in April

Madonna News, Rebel HeartMarch 30, 2015
News from France: More Super Deluxe editions have been shipped to stores due to high demand. Tomorrow in France an EP will be released with the bonus titles that appear on the Super Deluxe edition. The first batch of remixes of Ghosttown have been approved for release, we now wait for more information regarding the distribution and release.
The video for Ghosttown will be released somewhere halfway April, no exact date at the moment.
Thanks to Universal Music France
Read more

Madonna on Her Upcoming Tour, Performing with Taylor Swift, and Her Cape Catastrophe (VIDEO)

As we have chronicled, Madonna’s PR campaign for her new album, “Rebel Heart,” has been nothing short of incredibly strange. From Instagram controversies to wardrobe malfunctions, the pop star has figuratively (and literally) stumbled in the last few months as she plugs her latest project. 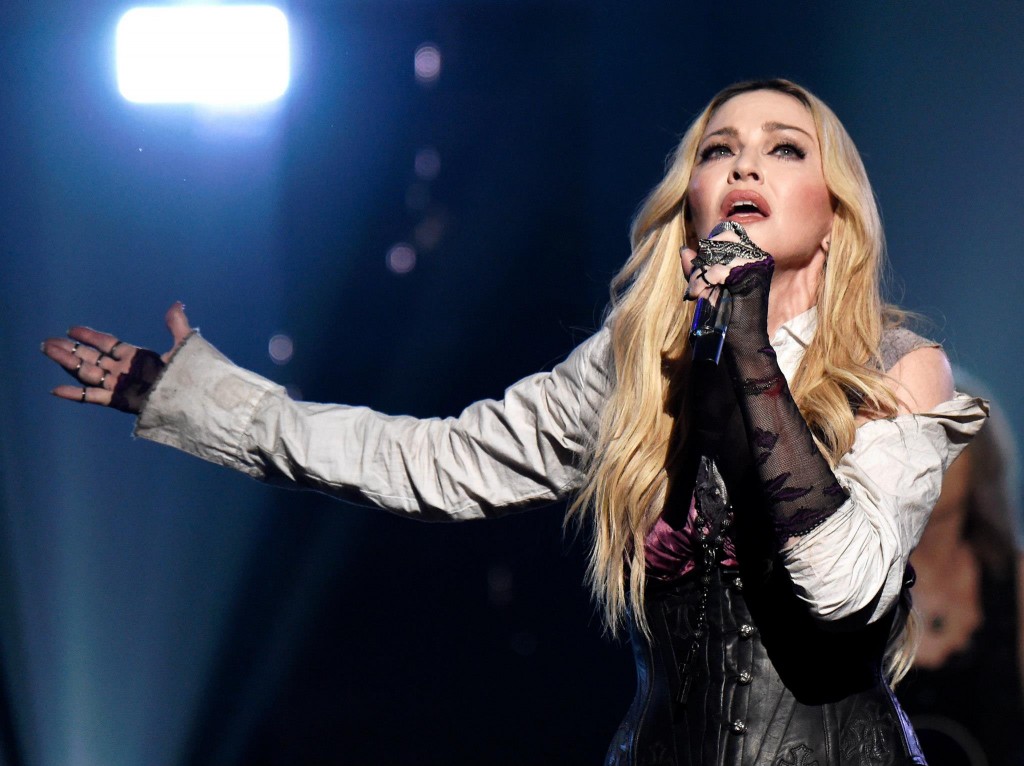 But she made a genius move on Sunday night during the iHeartRadio Music Awards, which had an admittedly impressive line-up for a completely made-up award show that celebrates the nation’s largest radio conglomerate. Madonna kicked off a low-key performance of her new song, “Ghosttown” with a mysterious guitarist performing behind her, who turned out to be…none other than Taylor Swift!

Taylor Swift is one of the most famous and successful musicians working today. So you have to be a pretty big deal to get away with having Swift just play back up for you. But make no mistake, that’s exactly what Madonna is and always has been: a pretty big deal.

The duo took to the stage on Sunday night at the iHeartRadio Awards to perform Madonna’s song “Ghost Town” with her Madgesty on vocals and Swift strumming the life out of her acoustic guitar. This isn’t the first time Madonna has enticed a younger pop star on stage with her. Christina, Britney,Miley, etc., we’ve seen it all before. And, yes, like other young pop stars before her, Taylor went a little edgier with her style in order to keep up with Madonna, mirroring the pop queen’s lace-top stockings and garter look. But since this is sweet pop princess Swift we’re talking about, there was no repeat of thefamous 2003 incident with Brit, Madonna, and Christina. The pair opted instead for a more chaste peck on the cheek.

Before leaving the stage.

Let’s hope this only the first of many collaborations between Madonna and Swift because Madge would absolutely kill “Blank Space.” 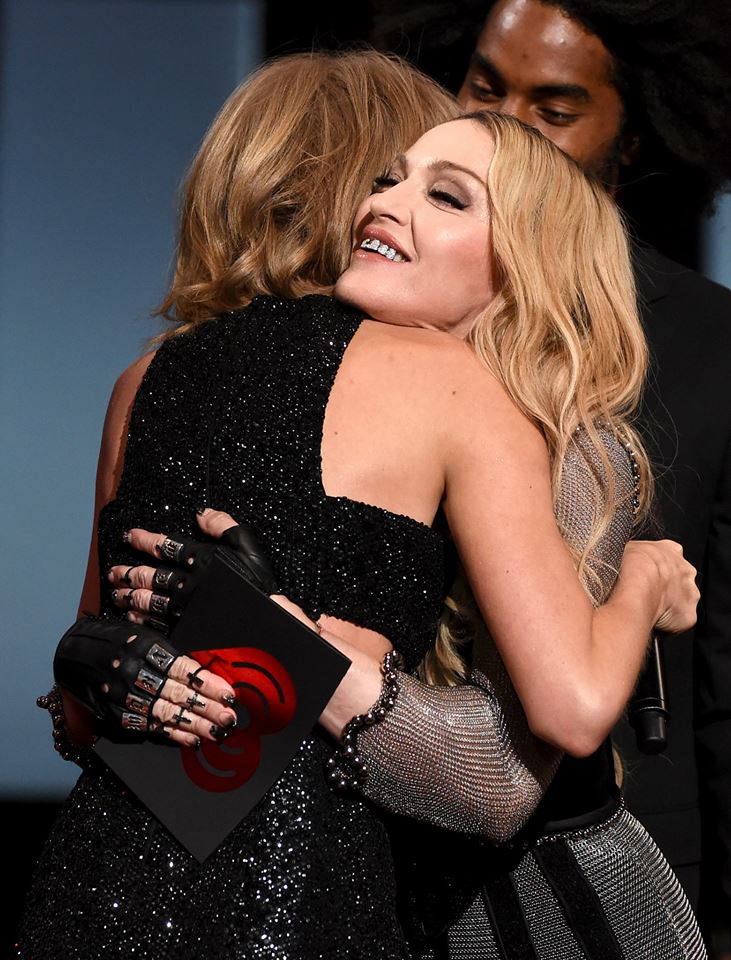 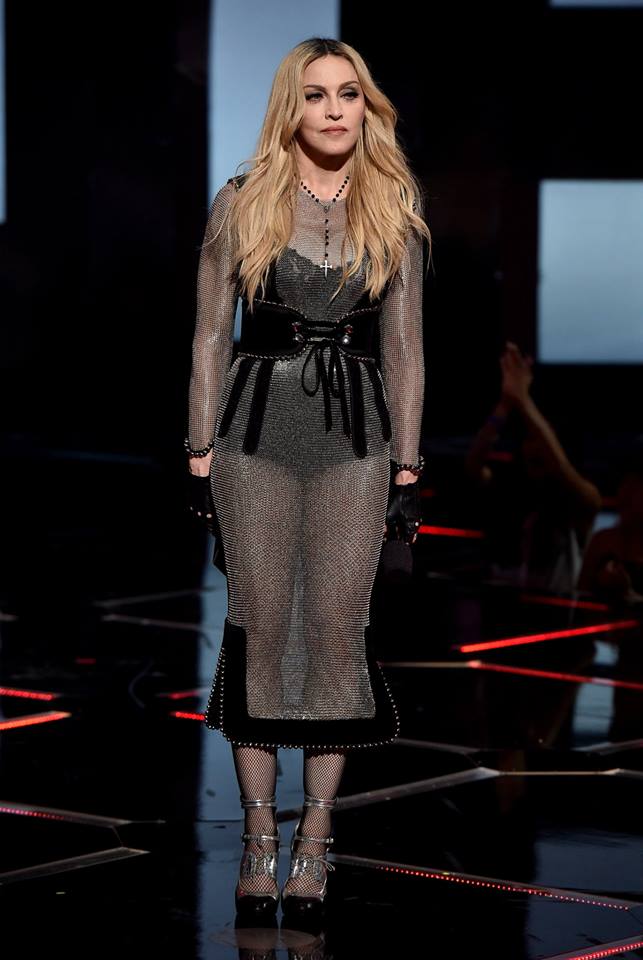 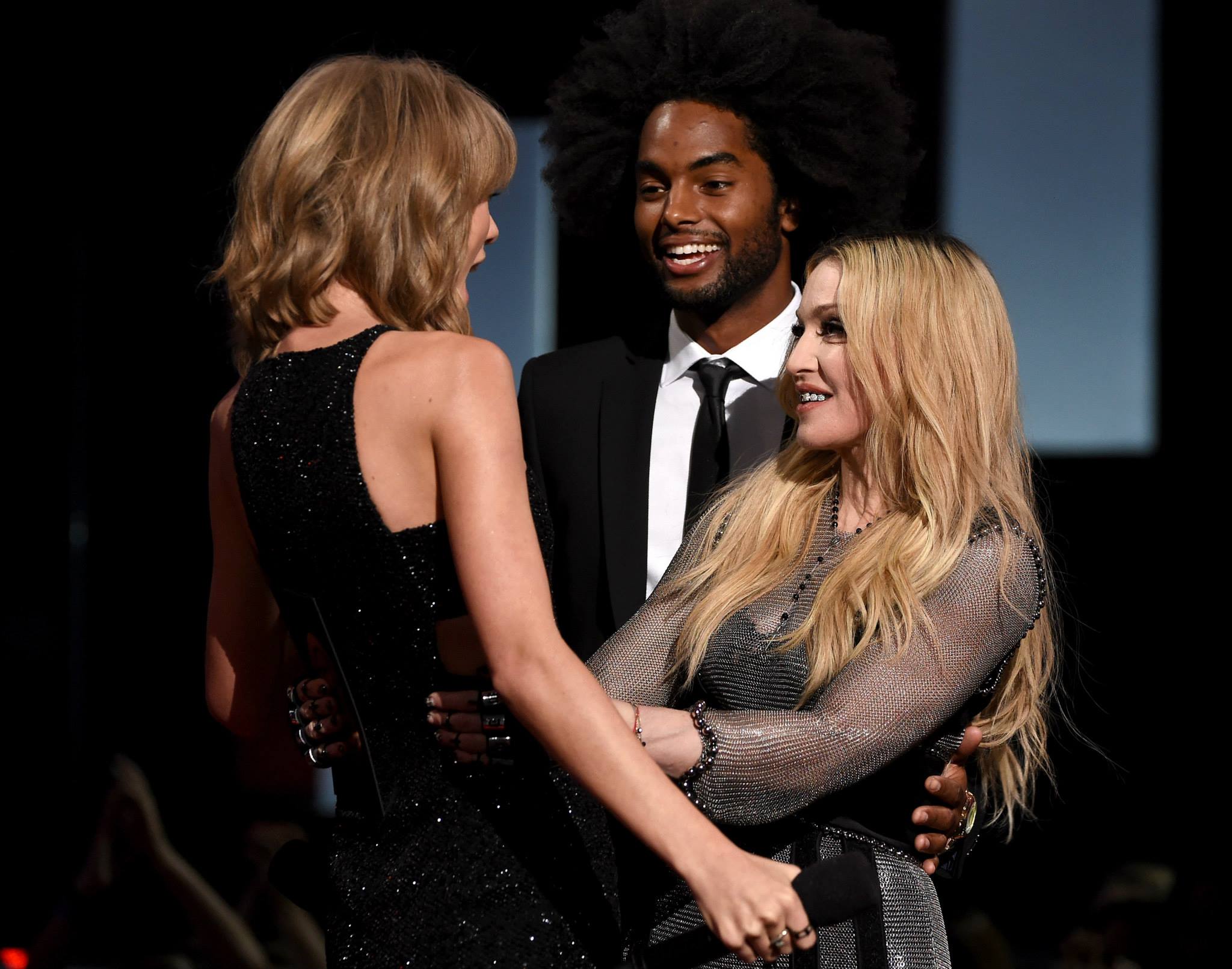 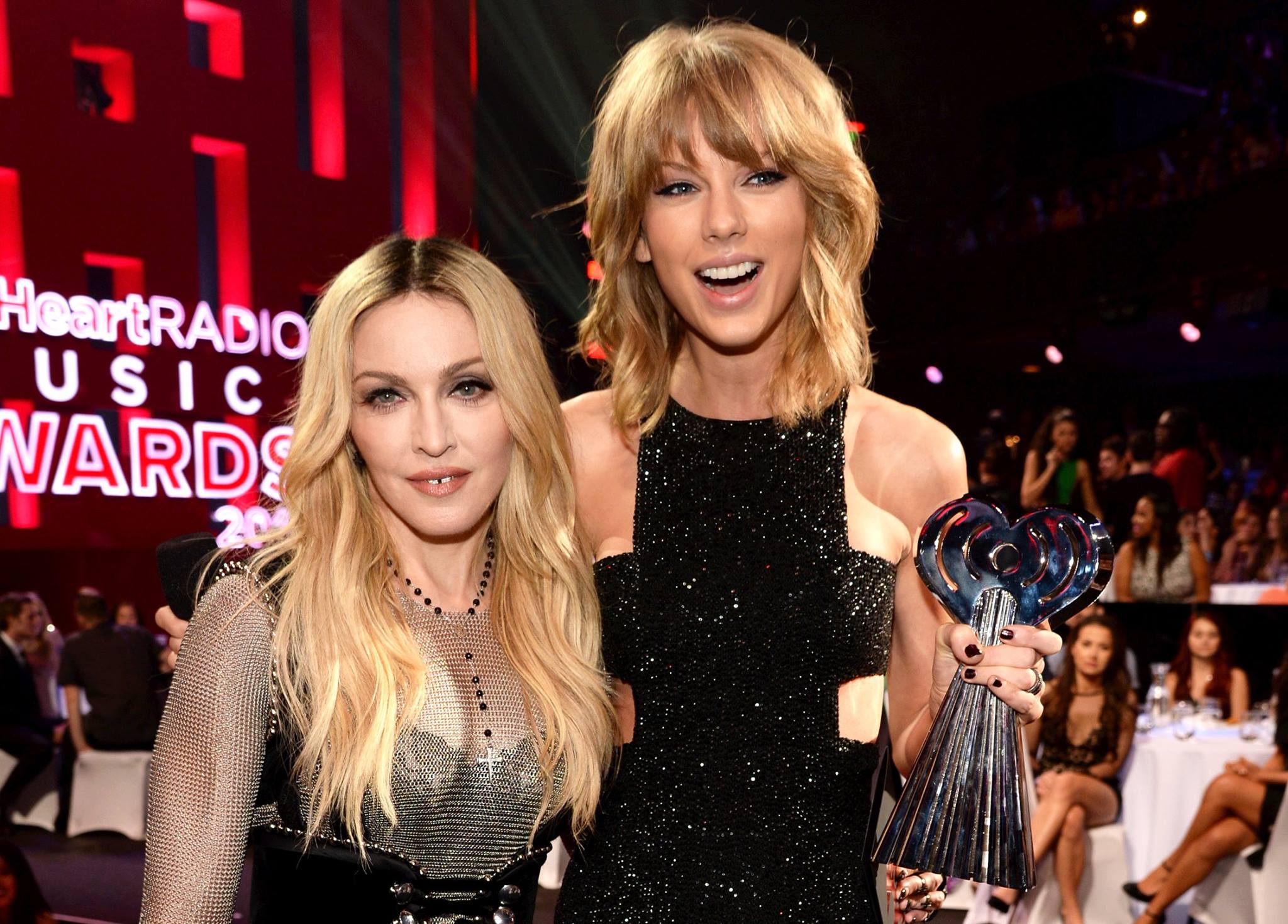 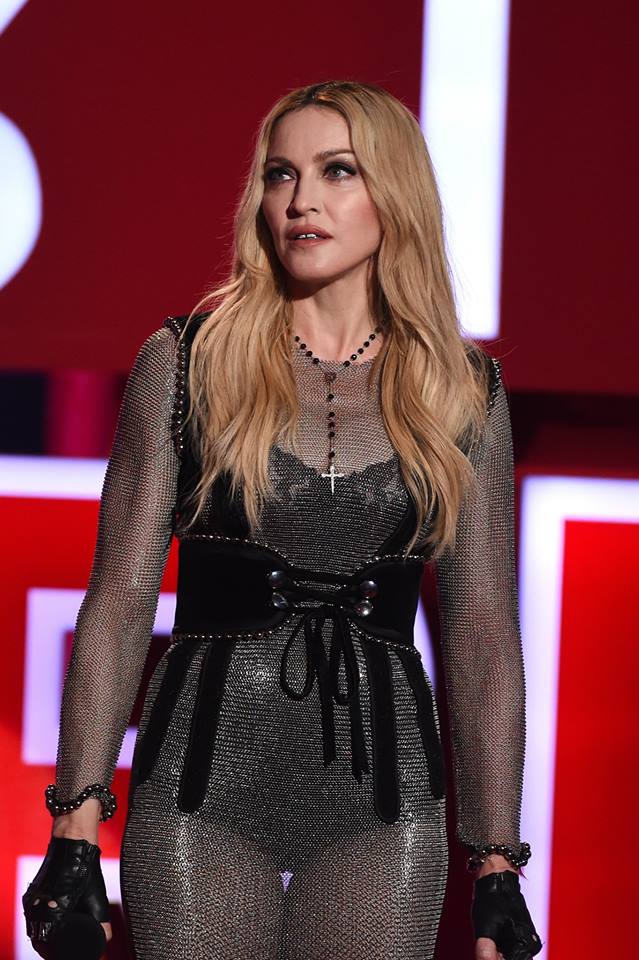 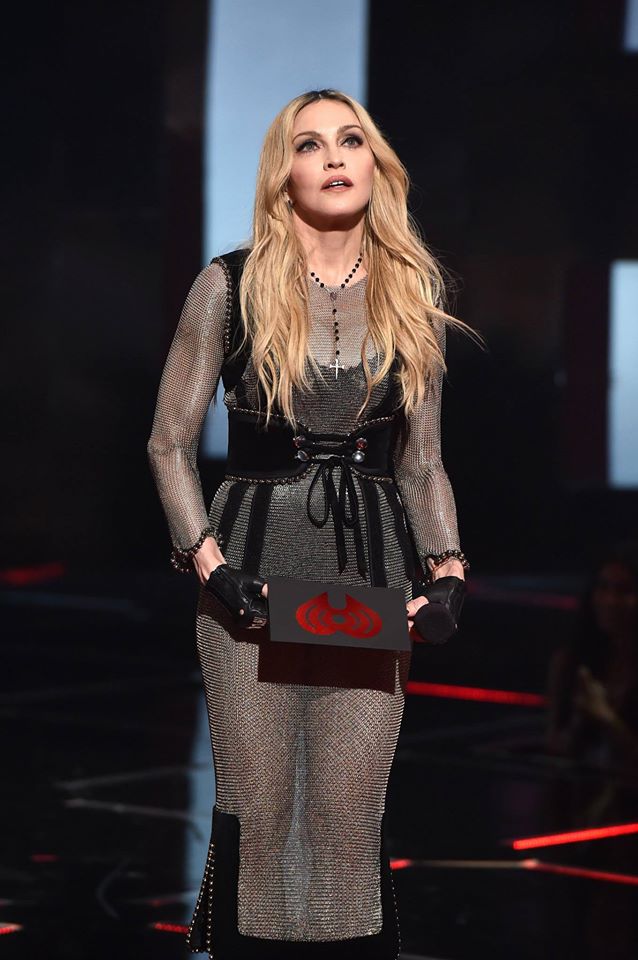 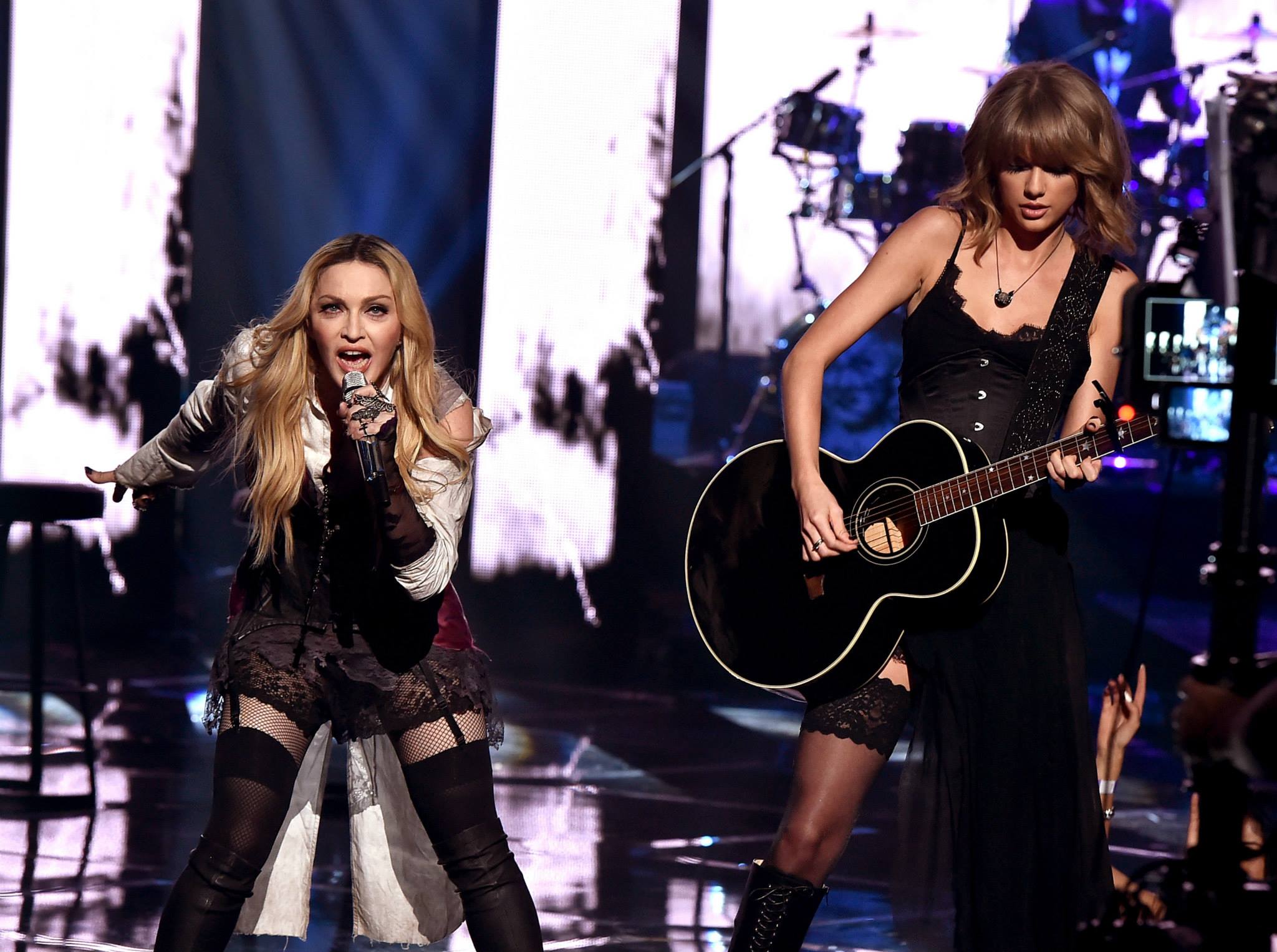 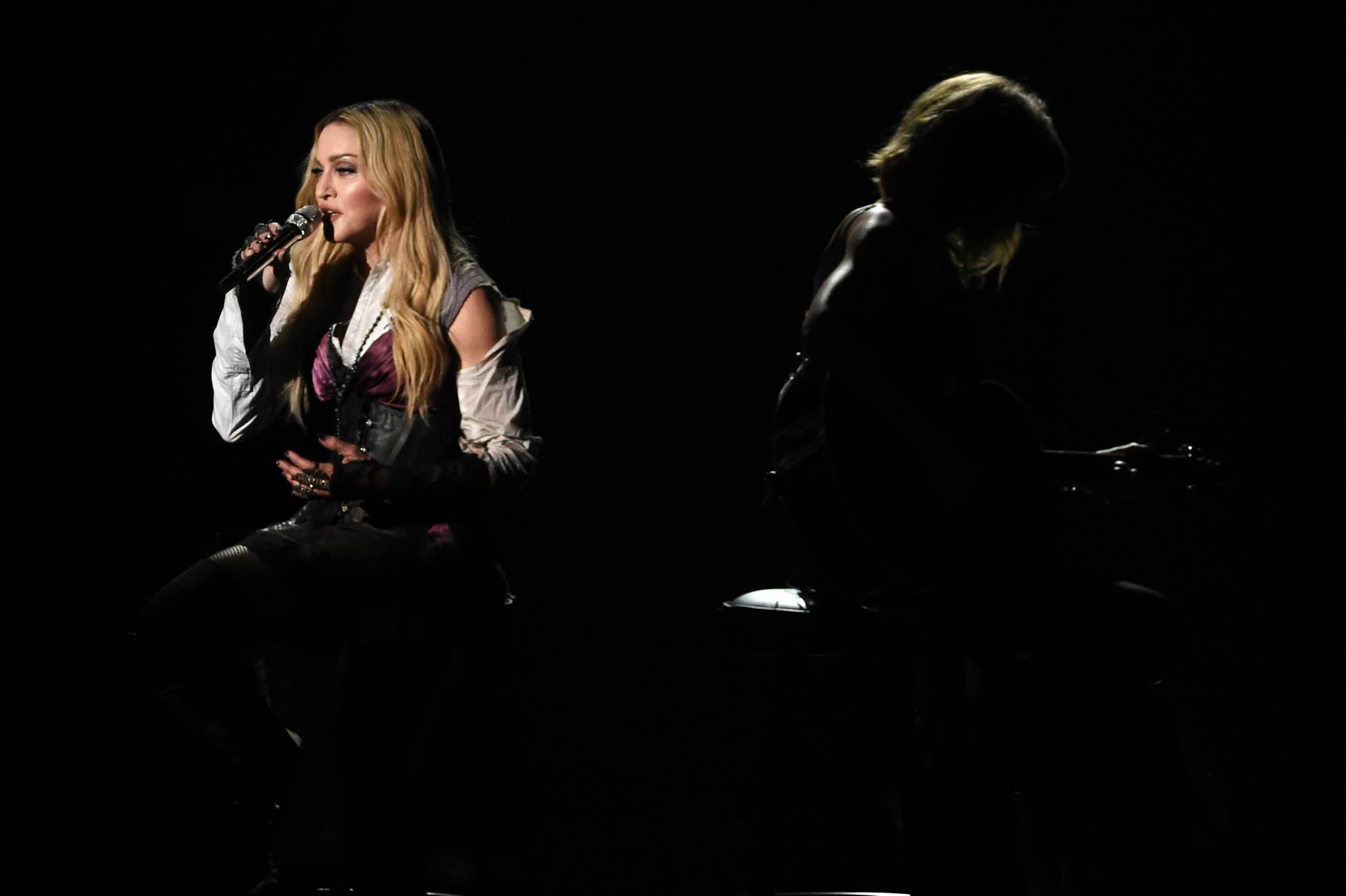 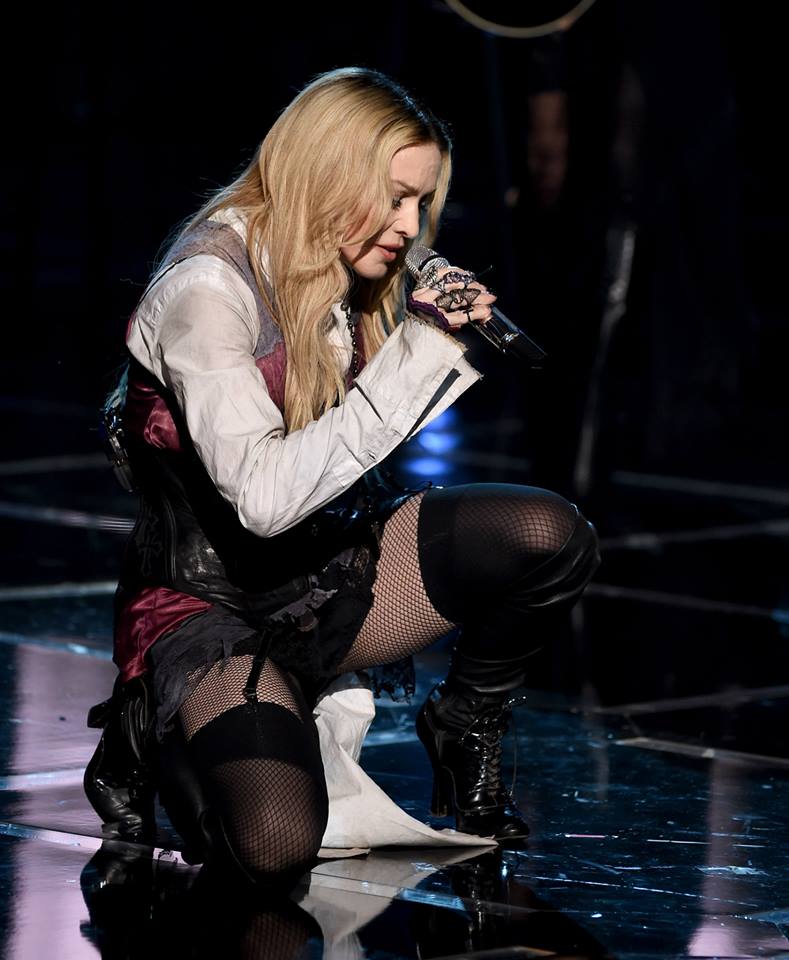 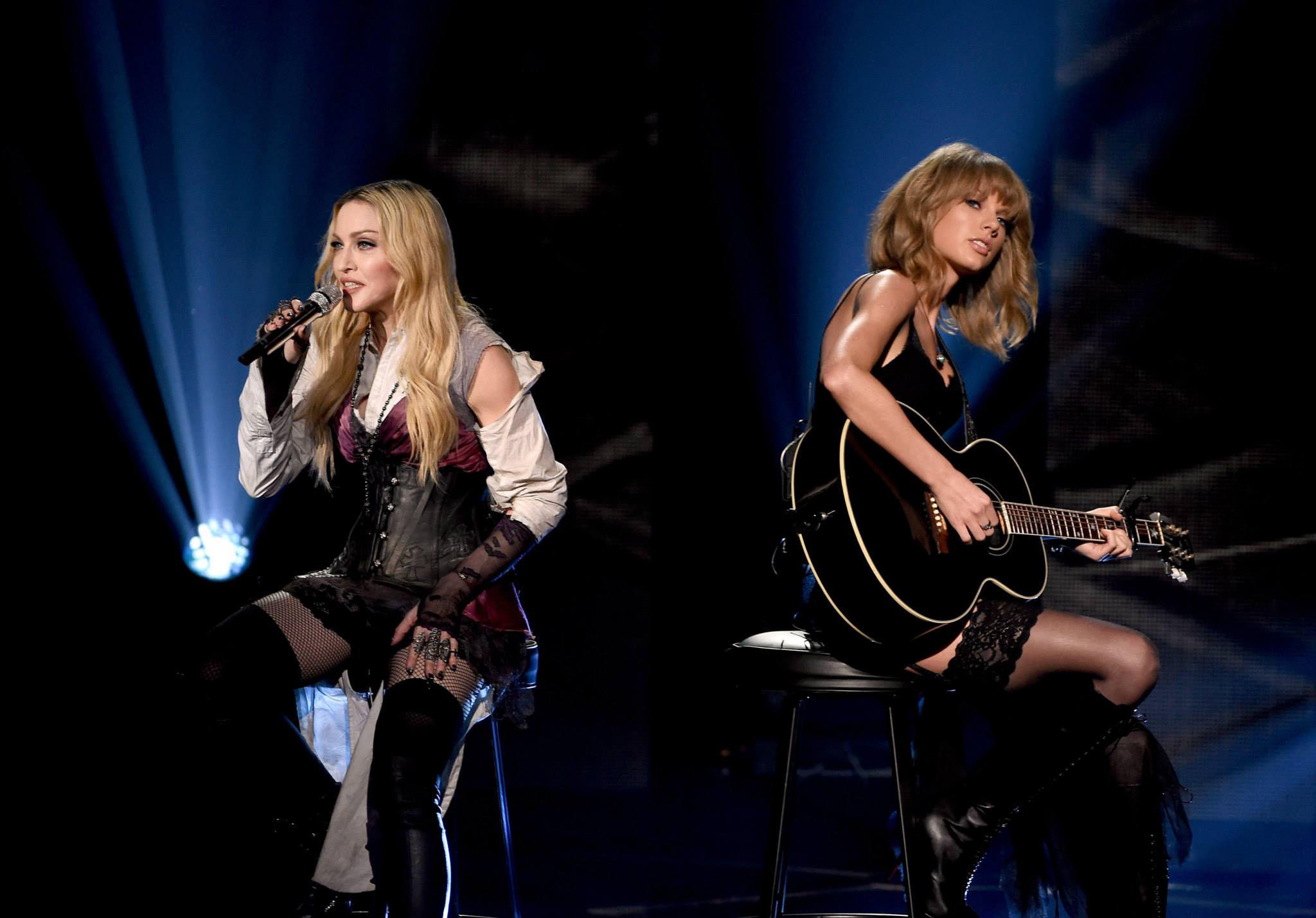 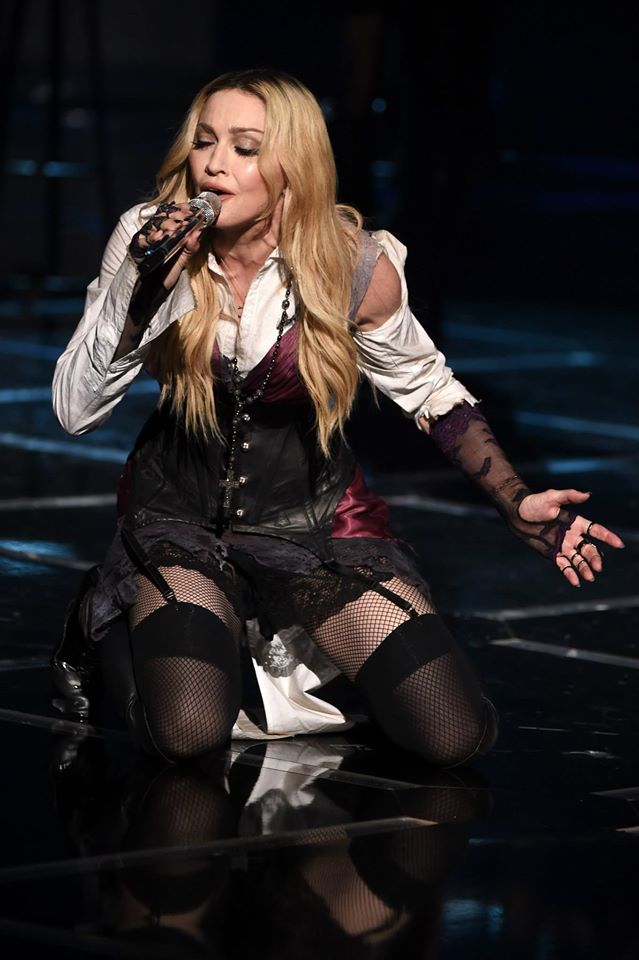 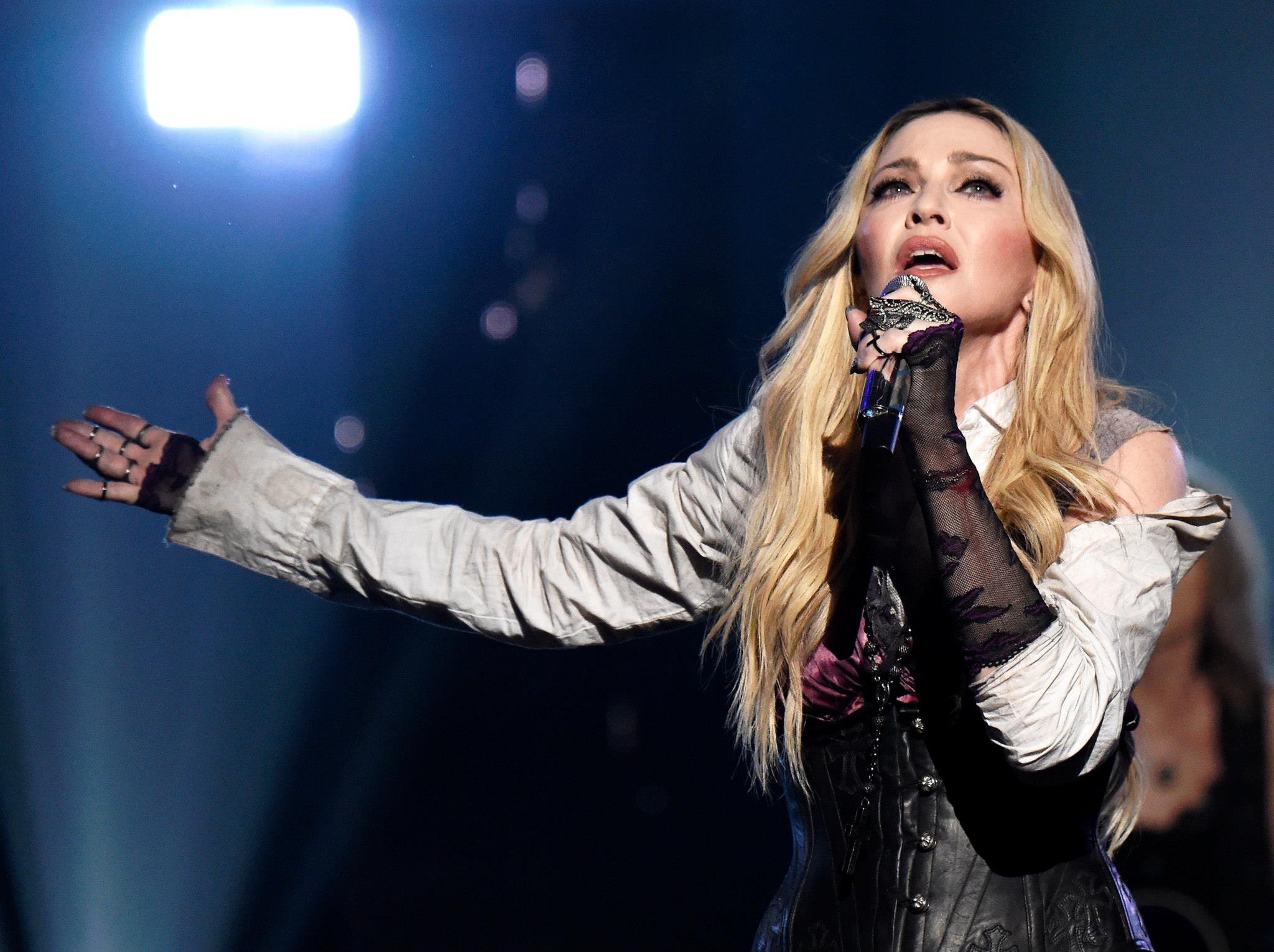 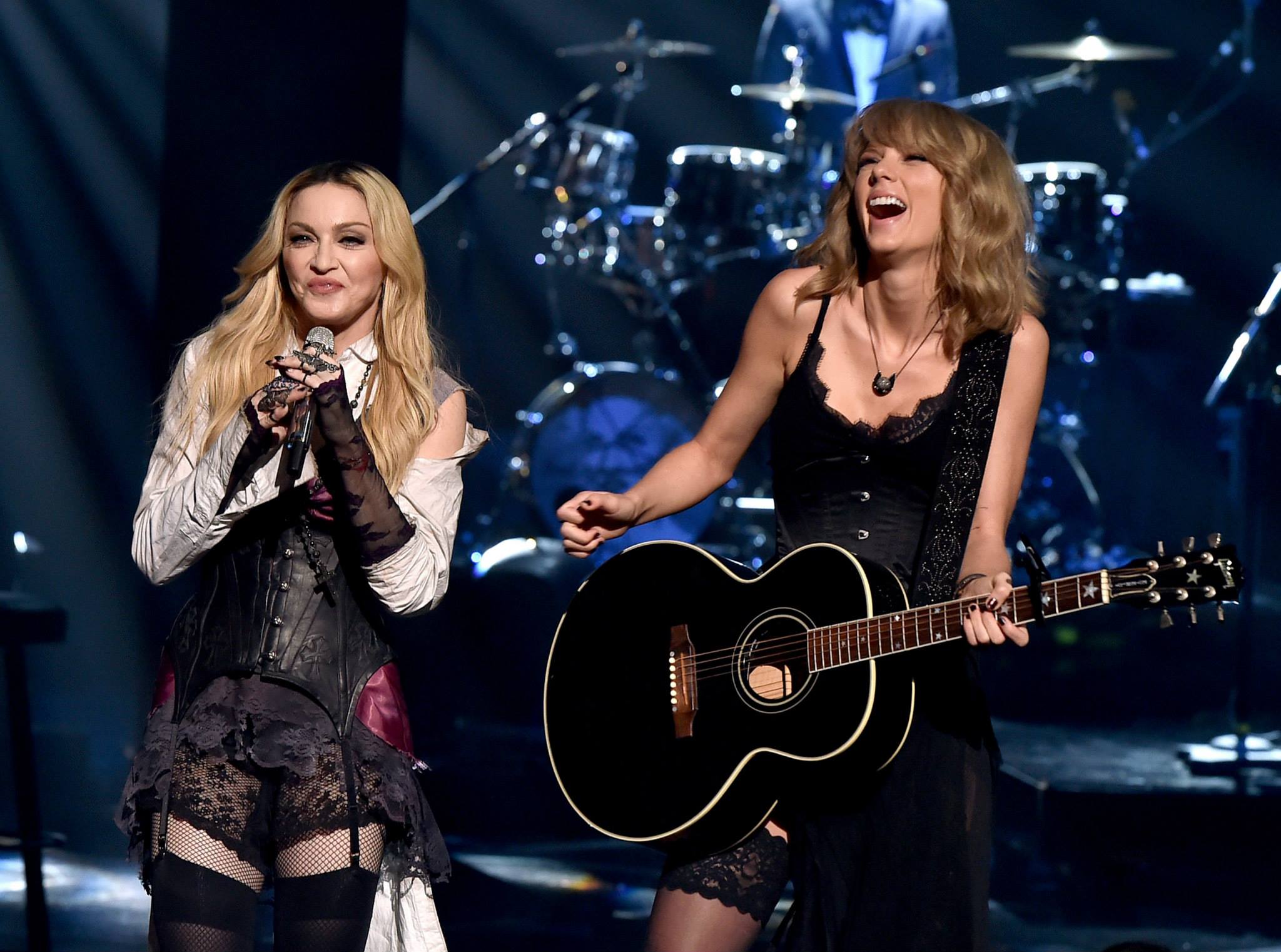 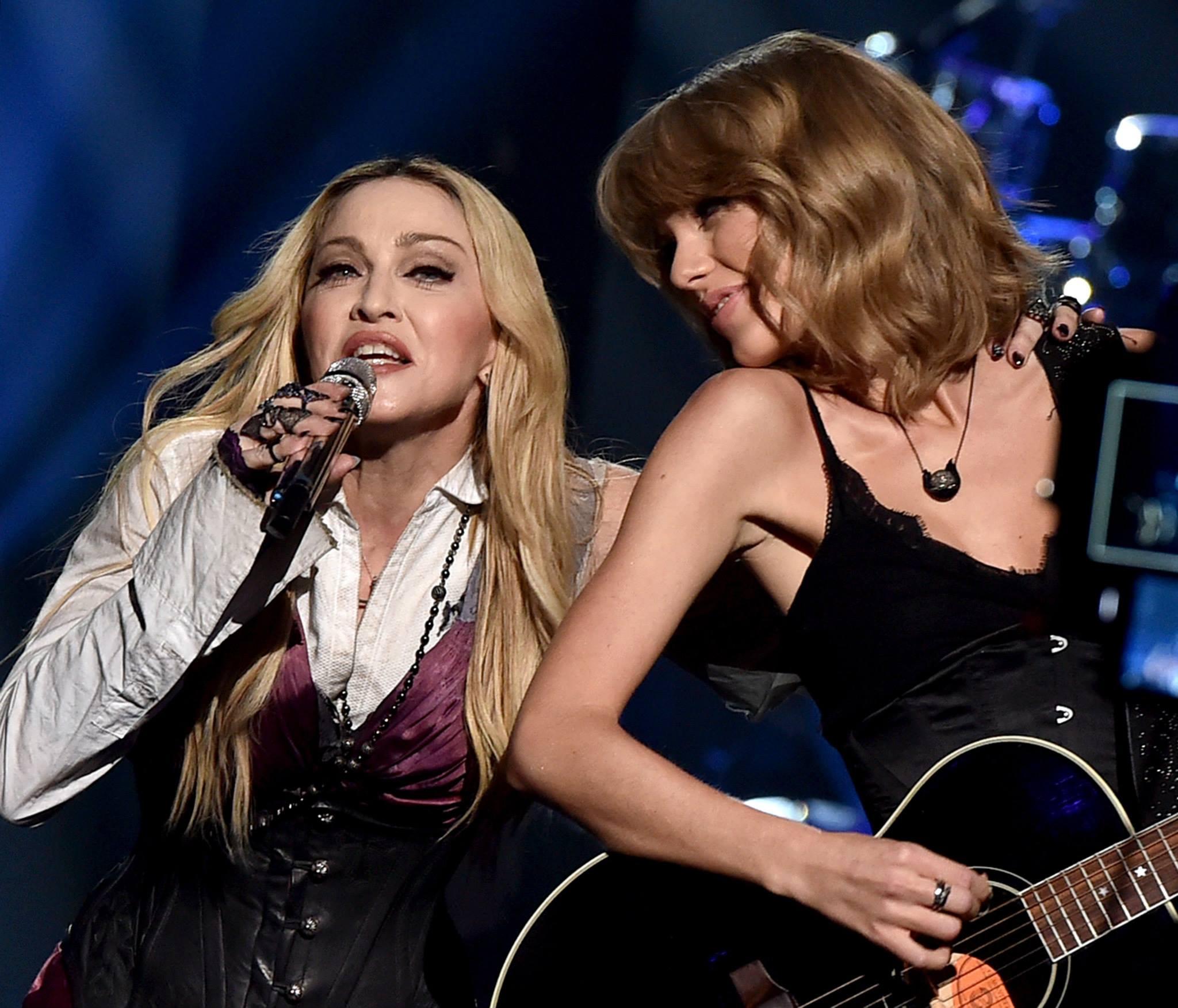 iHeart Awards with The Queen!!!! 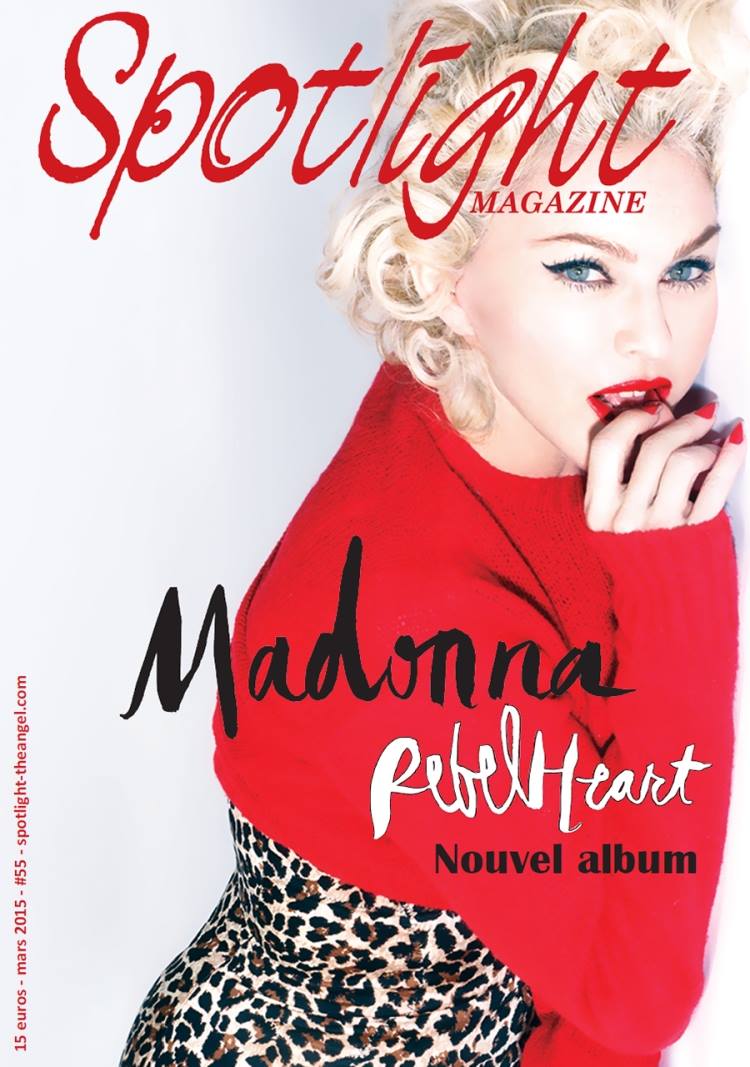 Hans has also submitted his live report on his experience at Le Grand Journal in Paris on March 2 and the meet & greet with M afterwards. This has been added to our Live Reports section. 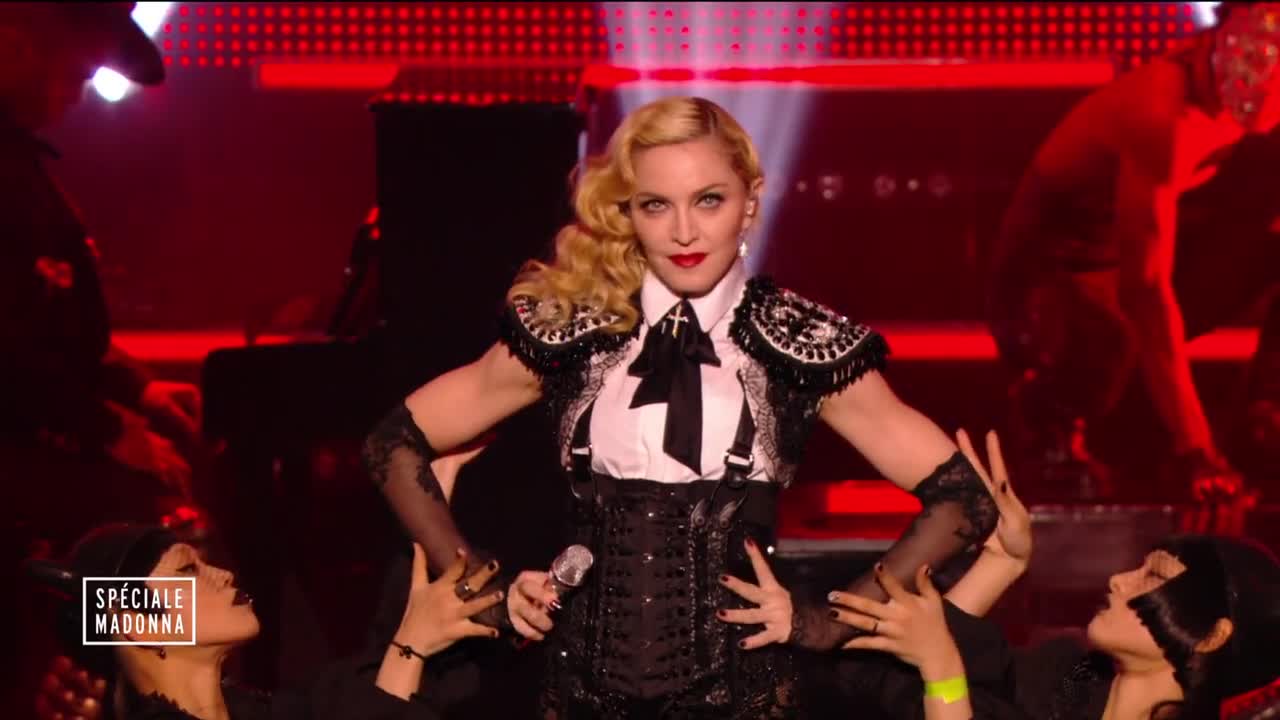