From Björk To Fifth Harmony To Madonna, Which Album Was The Best Of Winter 2015? 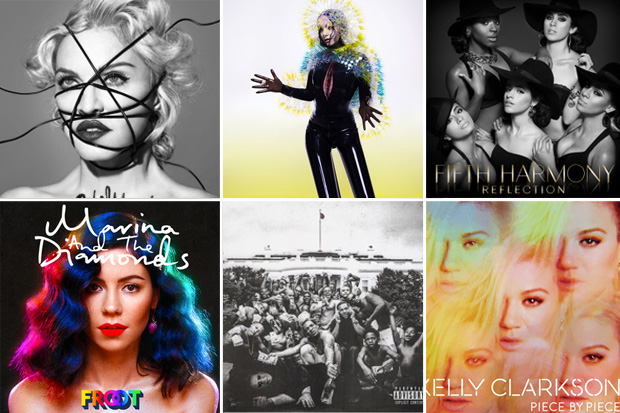 Check out the selection of albums, then place your vote for your favorite album of Winter 2015.

Idolator reveals the results of the poll right on Tuesday, April 14. Get to voting for M!

30 years ago today! The Virgin Tour opens in Seattle USA 1985

The Queen of Pop put talk of her Brit Awards fall from grace firmly behind her –  and indeed left Tonight Show host Jimmy Fallon flat on his back in apparent awe – with her first rendition of “B**** I’m Madonna”.

The 56-year-old’s next single contains so many nods to “youf culture”, not to mention featuring Nicki Minaj and with a little help from Diplo and Rocco, it might even help her return to the Radio 1 playlist.

She also proved that you’re never too old for hip thrusts – granting the floored Fallon with the dubious honour of her pelvic dance move as he used a vinyl version of Rebel Heart as a shield.

Her timelessness was proven when she sang a slightly less tuneful version of her 1983 megahit “Holiday” (with Fallon on drums) later on the show.

However, so far Madonna’s Rebel Heart album has been her worst-selling in two decades. Having debuted at number 2 in early March it fell down to number 22 on the Billboard 200 in its second week.

Experts have suggested that poor management surrounding the release– parts were leaked in December forcing it to be rushed out– may have contributed to poor sales.

Last month the singer urged the music industry to tackle ageism after her single, “Living for Love”, was dropped from Radio 1’s playlist.

She performed the single at the Brit Awards in February when she was dramatically fell downstairs backwards. Ever the professional, Madonna continued her live performance despite the mishap and later revealed she was OK on Instagram.

American Book Centre in Amsterdam has just confirmed they will be receiving a very limited amount of the COSMOPOLITAN issue with Madonna on cover. They are expecting this a week after the original US release date which is April 14. The copies they receive is very limited (15-20), reserve your copy asap through mags@abc.nl

If you miss out, please try and contact your local book store to request it. Atheneum in Amsterdam do not have these in stock, and won’t get them either.

“EVEN STRONG women have moments of weakness and vulnerability. I have my nervous breakdowns. I just have them privately.”

That’s Madonna talking to Cosmopolitan’s Sergio Kletnoy. Truer words were never spoken. Madonna is one star who never begs her audience for love or even, in most instances, a gentle understanding of their nostalgia — I’m not doing an oldies show, get it? She expects her fans to change and grow older, as she has, and realize that to be true to yourself, you have to satisfy yourself, before you can satisfy others. (She’ll never be satisfied standing in a gown, crooning ballads, a la Marlene Dietrich. So get over that much-loved fantasy! I have.)

Given that Cosmo was seen as a breakthrough of sorts for feminism, Kletnoy asks Madonna if she sees herself as a feminist?

“I was influenced by writers such as Anne Sexton, Sylvia Plath, Carson McCullers — women who didn’t take the path most traveled. I wasn’t thinking, ‘Oh, they’re feminists and I want to be a feminist.’ I was just thinking, ‘They’re strong women, and I want to be like them. I wasn’t categorizing or labeling. But I was certainly grateful they existed as role models.” Madonna also cites Martha Graham, Lee Miller and Frida Kahlo as others who “didn’t fit into what society expects women to do.”

#Madonna wants her phone back

More from COSMOPOLITAN (available from April 14) 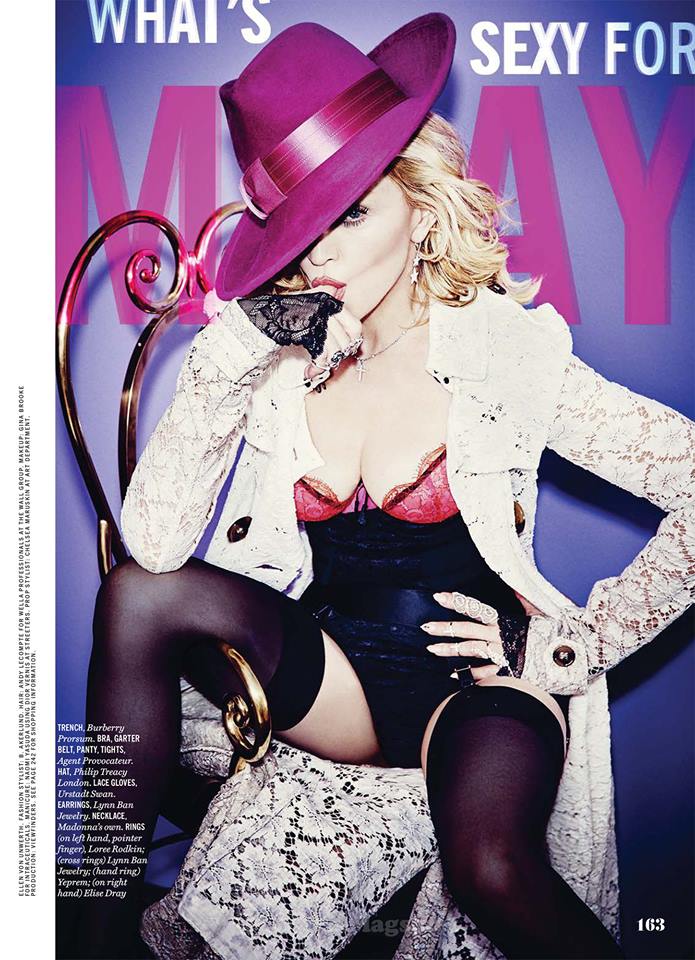 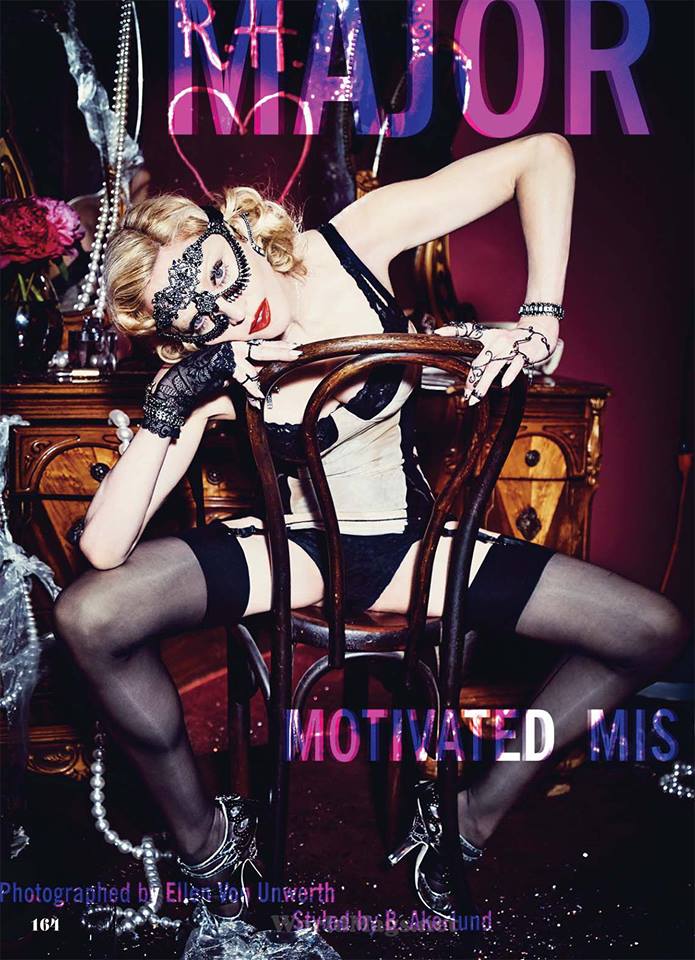 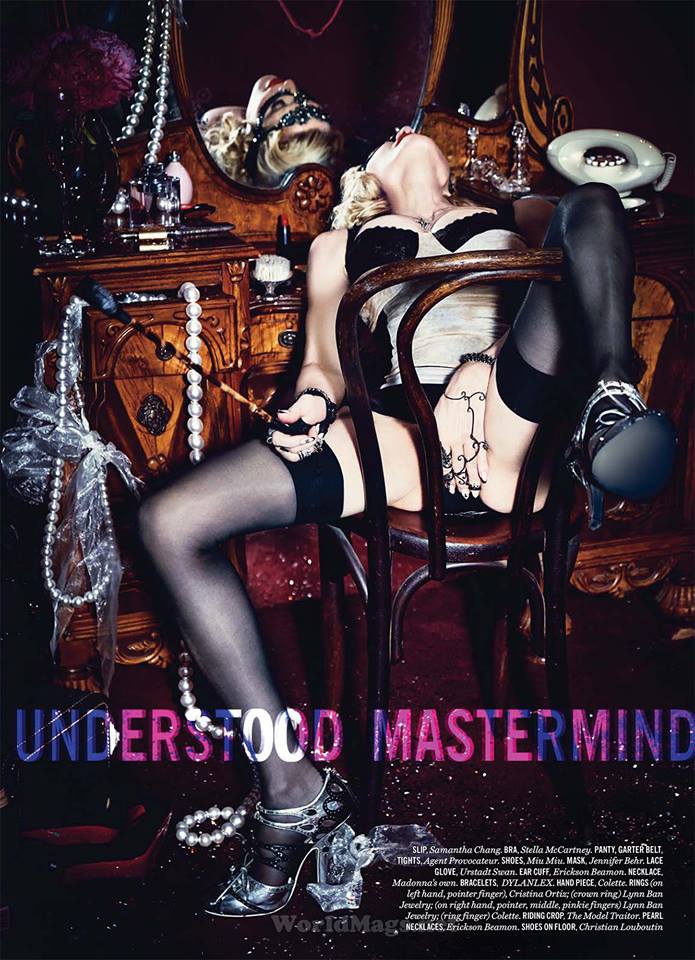 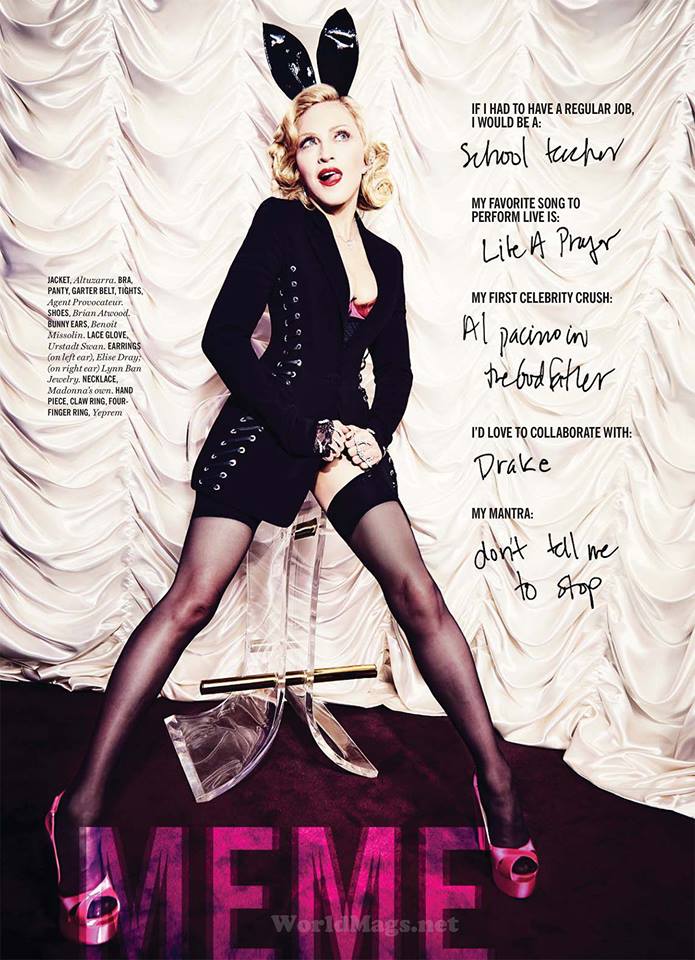 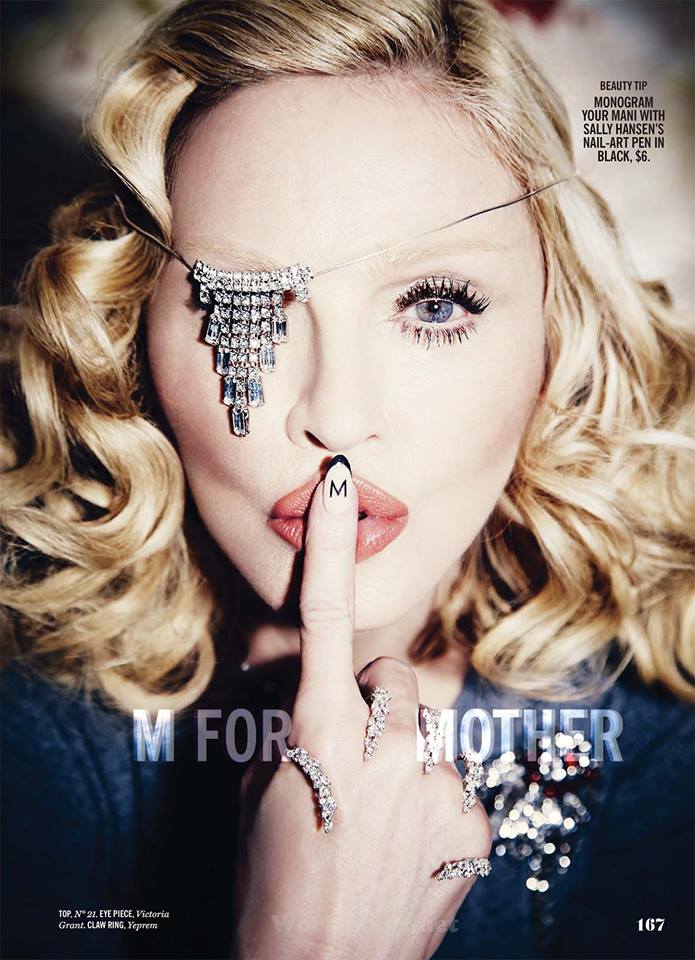 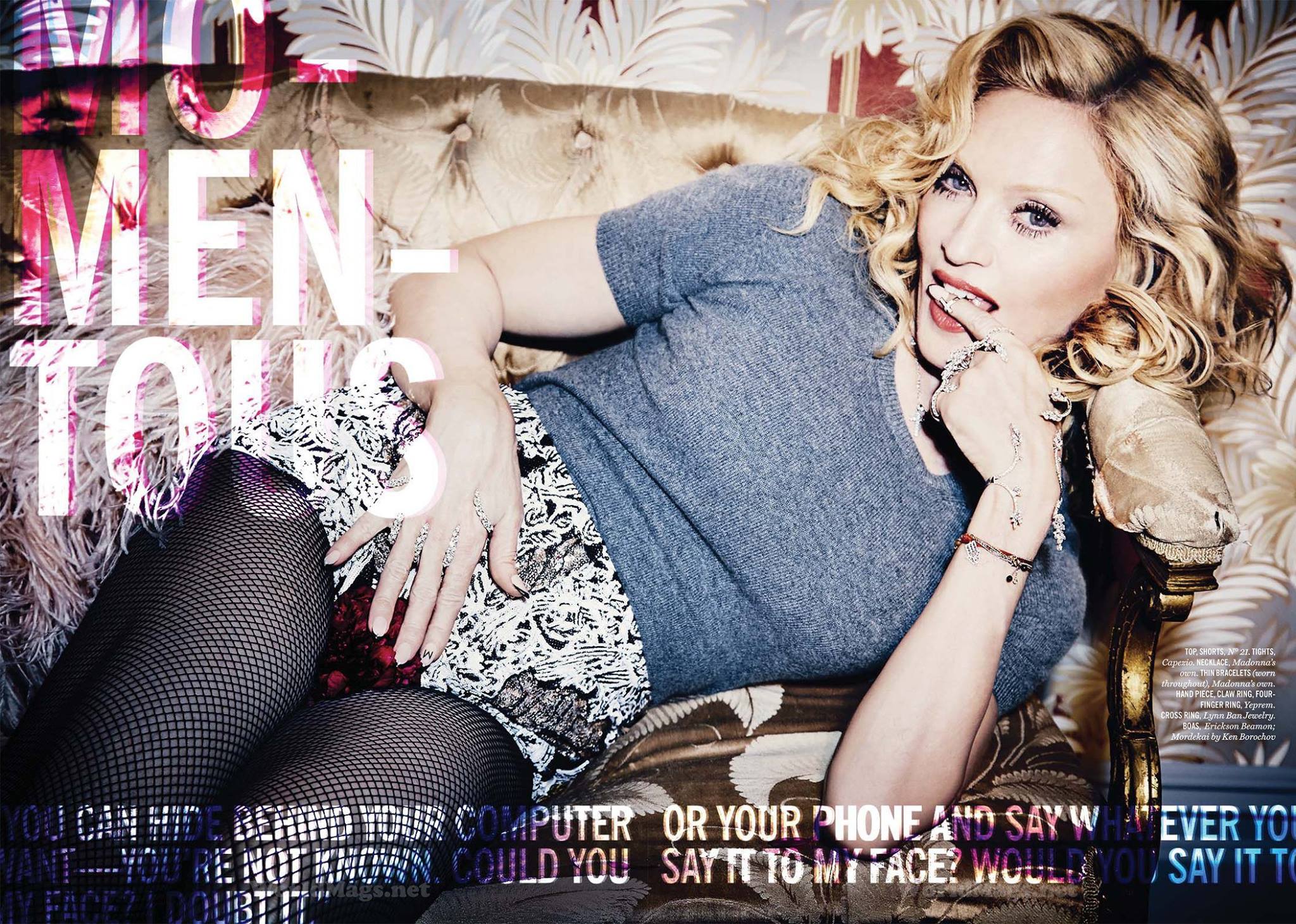 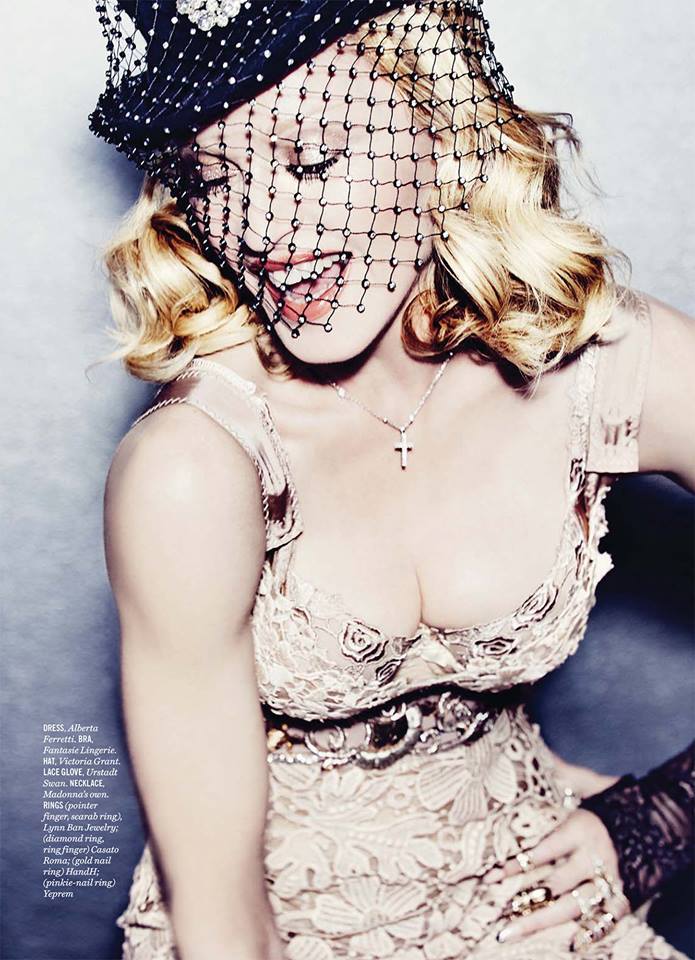 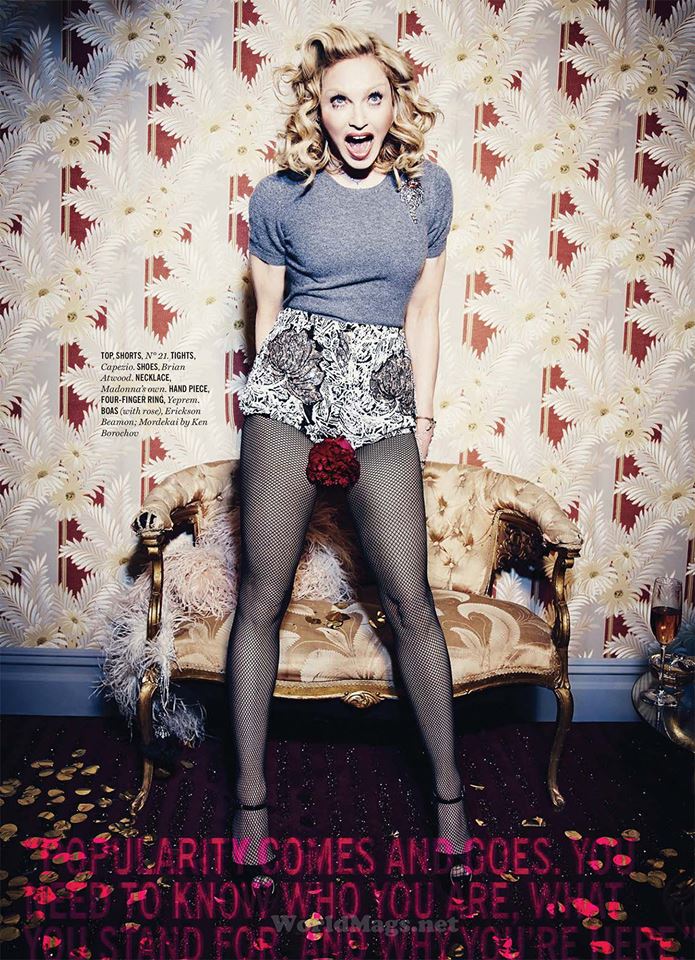 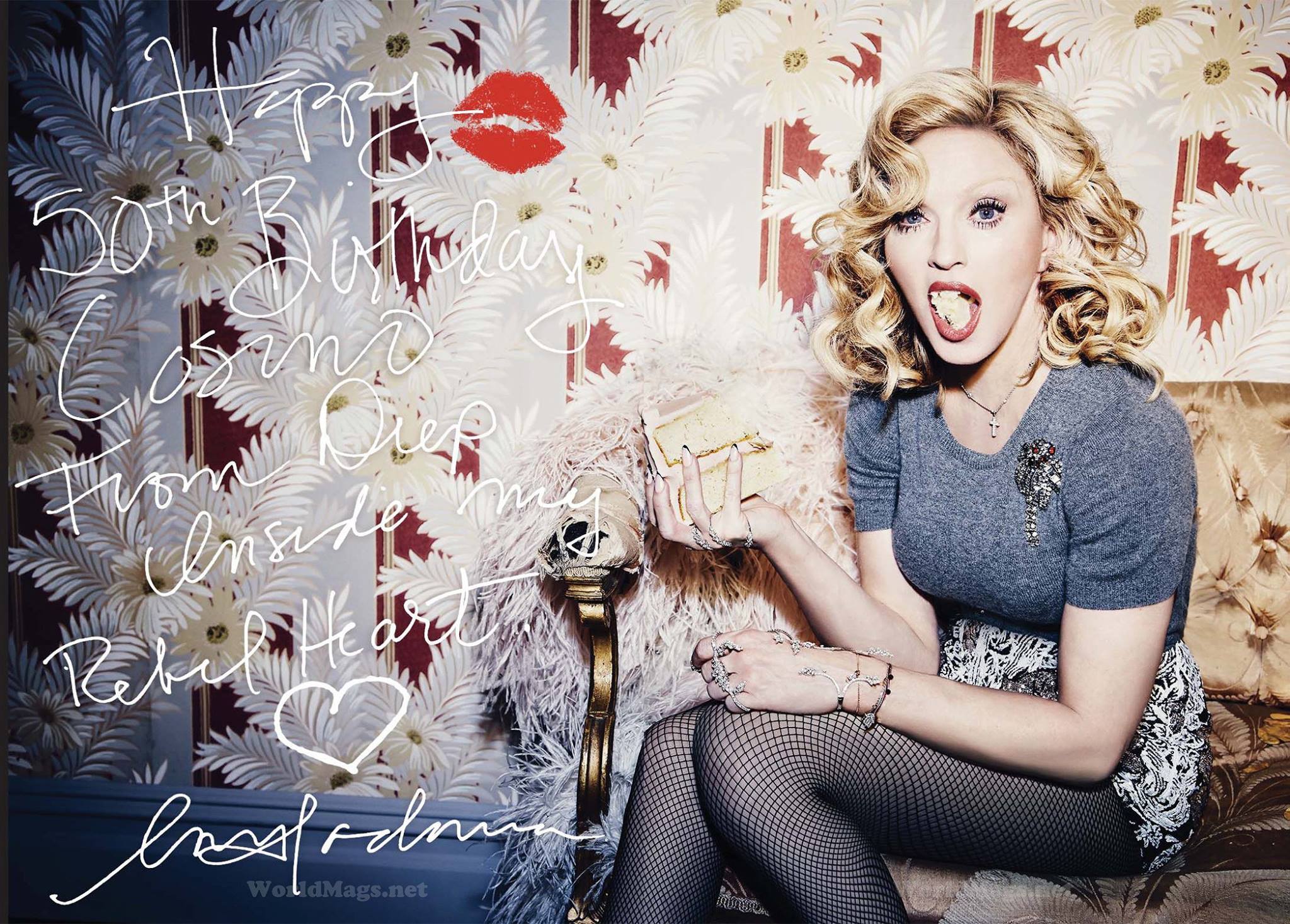 Ranking 30 Years Of Madonna’s Tours: Which One Is The Greatest?

During this week in 1985, a fresh-faced pop star named Madonna embarked on her first-ever concert tour, aptly titled The Virgin Tour. Little did concertgoers know, they were in the presence of arguably pop’s most dynamic performer (next to Michael Jackson, of course). Since The Virgin Tour, Madge has embarked on a total of nine stage shows and will begin her 10th — The Rebel Heart Tour — later this year. There’s no question her tours are both amazing and profitable — her 2008 Sticky & Sweet Tour is the highest-grossing solo artist trek in history — but which one reigns supreme? We’re about to find out. 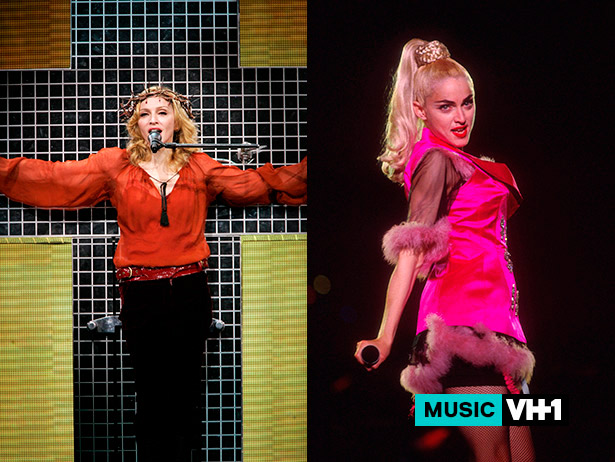 Picking the best Madonna tour is like picking the tastiest flavor of ice cream. They’re all good for different reasons, and you might instantly regret ranking one over the other. Nevertheless, we took on the challenge. We factored in setlists, special effects, choreography and iconic moments in making our final decision. Get ready for a lot of vogueing.

Madonna takes over ‘The Tonight Show’ with two epic performances

Madonna is obviously a talented singer, but the “Material Girl” went one step further Thursday night and proved she could also play the whistle and cow bell and put on an epic show.

Everyone wore island-themed button-ups while Madonna donned fishnets and a top with gold chain prints all over it.

The whole band jammed out in the green room on the show in the hilarious clips.

Following her act with “The Roots,” the singer performed possibly the most epic show of all time on “The Tonight Show” alongside the DJ Diplo.

In the style of a music video, the star ran around the studio, ending her performance with her single “B—h I’m Madonna” on stage.

Madonna’s new album “Rebel Heart” has been getting a lot of attention and is now available on iTunes.

Host Jimmy Fallon, Madonna and The Roots during the Music Room segment on April 9, 201

Host Jimmy Fallon, Madonna and The Roots during the Music Room segment on April 9, 2015 — (Photo by: Douglas Gorenstein/NBC) 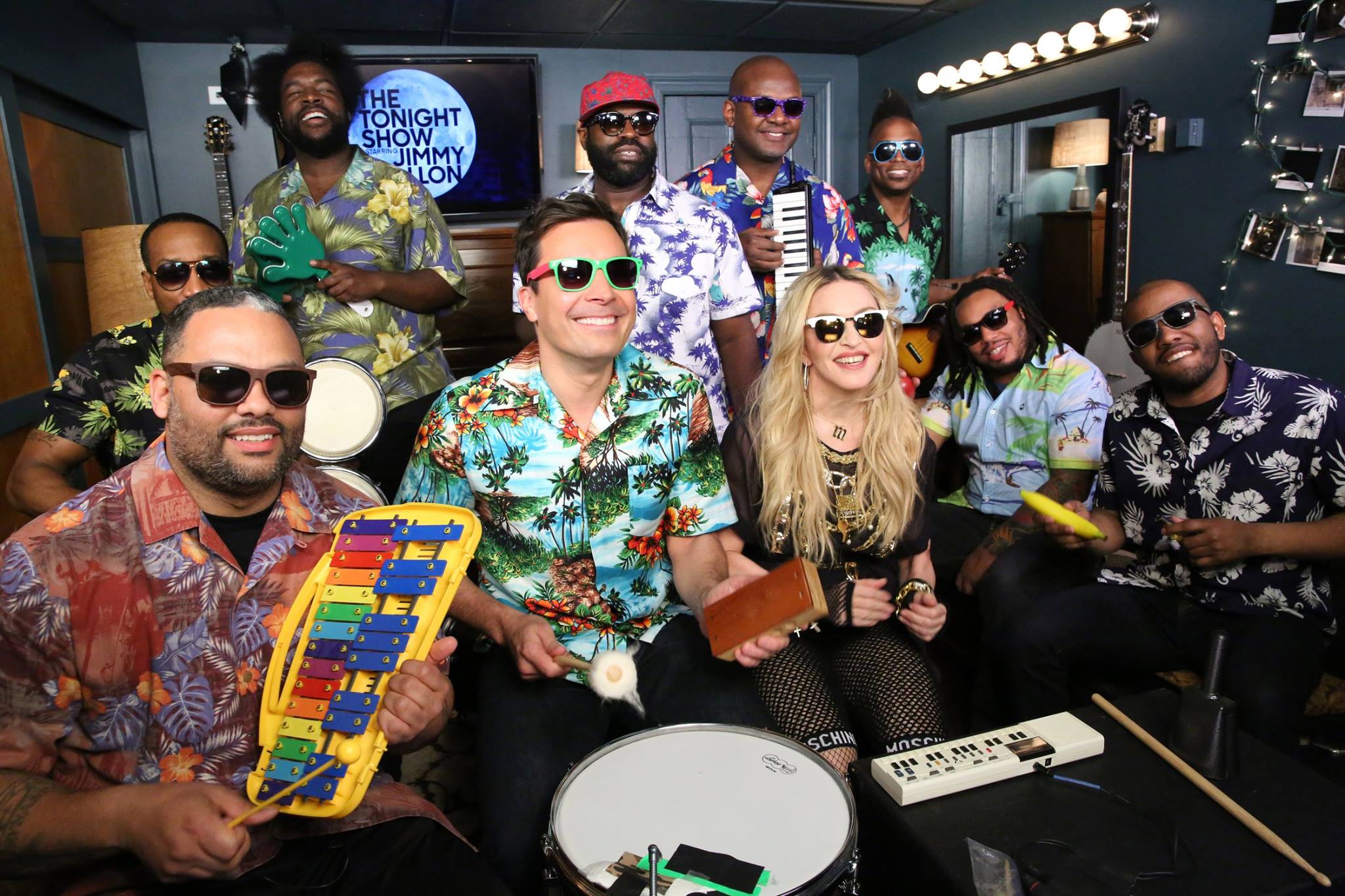 Make sure to tune into Jimmy Fallon tonight! Might see some gold chains and thangs! 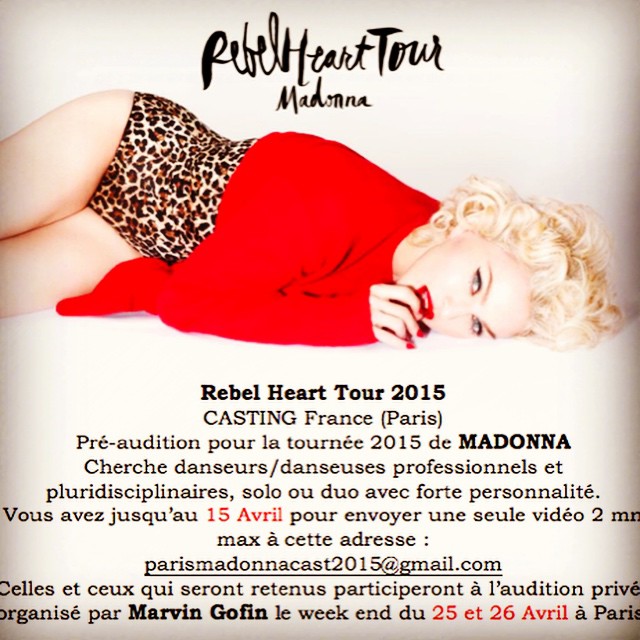