The incident occurred during the singer’s show in Inglewood, California on Tuesday

Madonna invited Katy Perry onto the stage during her show in Inglewood, California on Tuesday night (October 27), with Madge proceeding to spank the younger pop star.

Madonna is currently in the middle of her ‘Rebel Heart’ tour, with Perry joining her last night for a performance of her track ‘Unapologetic Bitch’.

Following the live collaboration, Madonna directed her dancers to bend Perry over before she spanked her and called her fellow star a “bad, bad, bad girl”. Watch below.

Perry was also forced to “drink out of Madonna’s banana”, before she shouted “I love you mom!” and exited the stage.

Back in September, Madonna likewise spanked Diplo and handed him a banana at her show in Montreal.

Madonna released her latest album ‘Rebel Heart’ in March. It is her 13th studio LP.

Meanwhile, Madonna has denied that artistry decreases with age, stating in a new interview that there’s no “expiration date for being creative”.The star compared herself to Cubist painter Pablo Picasso in interview with Billboard, stating: “He kept painting and painting until the day he died. Why? Because I guess he felt inspired to do so”.

“Life inspired him, so he had to keep expressing himself, and that’s how I feel”.

She added: “I don’t think there’s a time, a date, an expiration date for being creative. I think you go until you don’t have any more to say.”

INGLEWOOD, LOS ANGELES (KABC) — The Material Girl was back at the fabulous Forum in Inglewood for one night only.

Madonna is on her 10th world tour, and people paid big bucks to hear her and see her show Tuesday night.

Entertainment Guru George Pennacchio spoke with longtime fans. Watch his full report in the video above.

Like a Prayer live at Rebel Heart in Los Angeles (VIDEO) 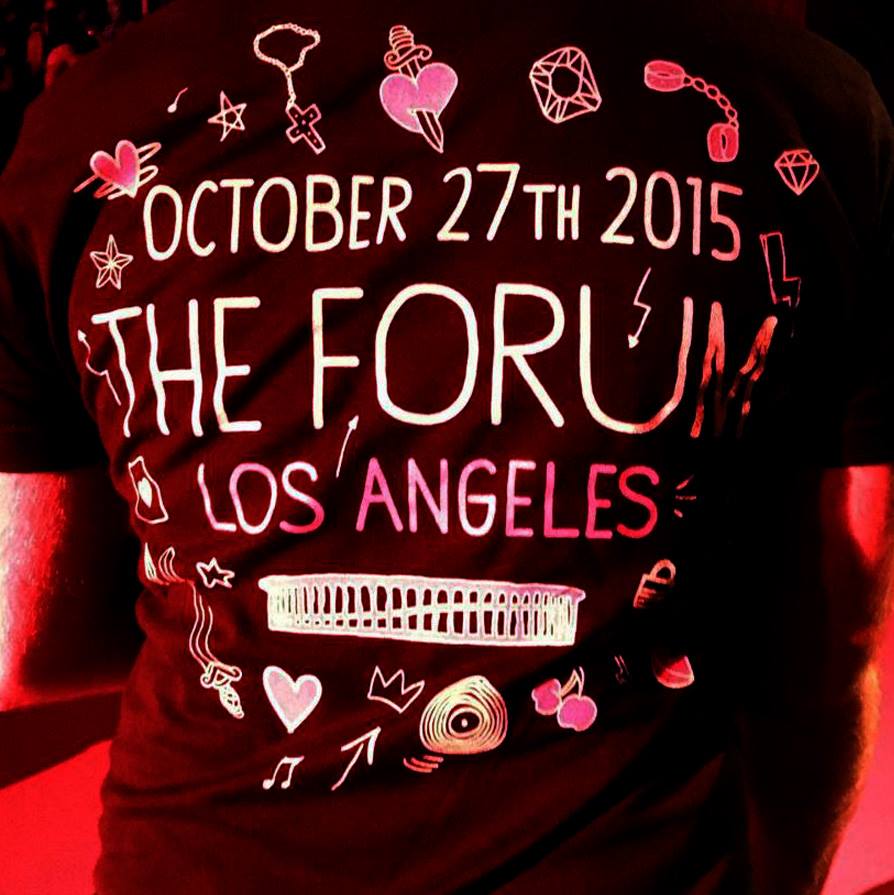 Madonna has always had an eye on Detroit as a place she wanted to give back, said Sarah Ezzy, senior adviser at Global Philanthropy Group in Los Angeles, which has been managing the pop star’s philanthropy for about five years.

“It was just finding the right way to do that” and the right time, she said.

Her availability to pay a visit last year was another consideration. “For her, being there is very important, going and meeting folks,” Ezzy said.

Last year, while visiting Detroit, Madonna connected with Rock Ventures LLCChairman Dan Gilbert and Vice President Lisa Dancsok to get a sense of the charitable efforts happening in the city.

“They really helped introduce us to some parts of the city and what was going on there,” Ezzy said. “We had a great connection with them and tried to work together to figure out what would be a good blend of things for Madonna to see. … It’s very much an ongoing conversation with them.”

Ezzy said Madonna was inspired by what she saw.

Those visits led Madonna, who grew up in Rochester as Madonna Louise Ciccone, to make highly publicized gifts of undisclosed amounts to the Downtown Boxing Gym Youth Programtoward the new gym it opened in August, the charter Detroit Achievement Academy toward supplies and The Empowerment Plan, a nonprofit that trains homeless women to manufacture coats that convert into sleeping bags.

Madonna also visited the Empowerment Plan. At left, she wears a coat sewn by one of their seamstresses in June 2014.
The three organizations impressed Madonna in that they share an entrepreneurial approach, Ezzy said, “finding hope out of situations that are difficult.”

While in Detroit early this month as part of her 2015 tour, Madonna again visited the Detroit Boxing Gym to meet and work with the kids. And her philanthropy advisers paid another visit to the other two grantees.

“We are very actively engaged with all three of them,” Ezzy said.

Madonna has gone deeper with her funding of them, as opposed to wider with funding for other Detroit charities for the moment, Ezzy said.

“All three are still growing and evolving so there’s additional support they’re looking for.”

But Madonna’s grants to the three Detroit causes are the beginning of a longer philanthropic relationship with the city, she said.

“Obviously, she has a lifetime history with Detroit — this isn’t just a fly-in, fly-out relationship.”

Support for the three is coming from Madonna’s Ray of Light Foundation, which she alone funds, Ezzy said.

However, “she’s not shy about using her social media to highlight her giving and encourage others to give directly to those efforts,” Ezzy said.

Madonna donated $6.5 million to her Ray of Light Foundation in 2013, the year of its most recent tax filing available to the public. And the foundation made $2.25 million in grants that year. 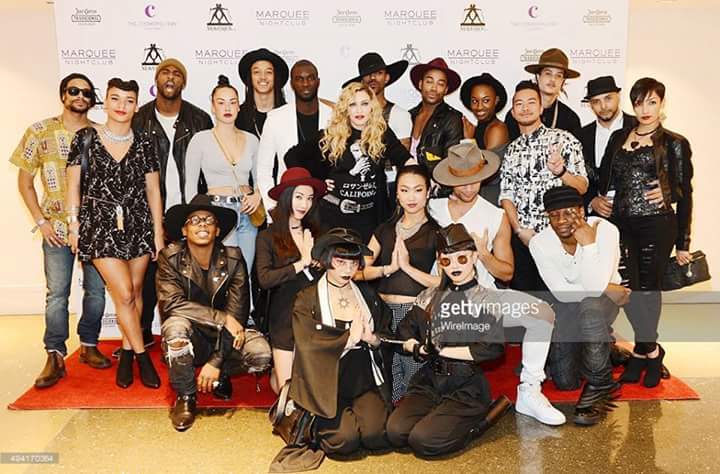 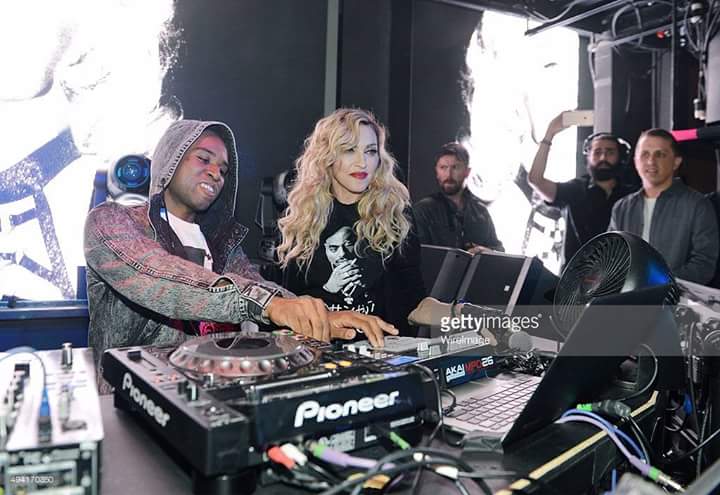 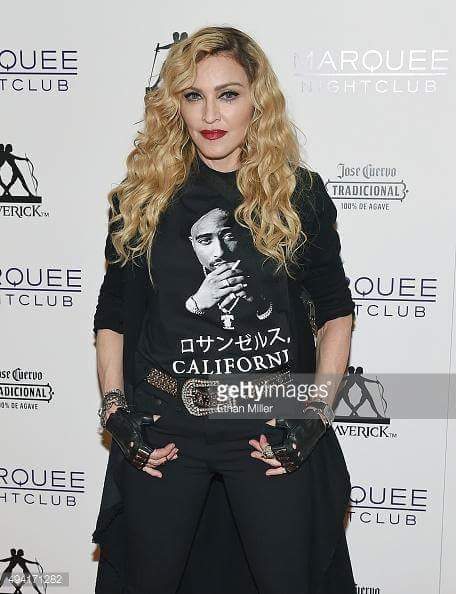 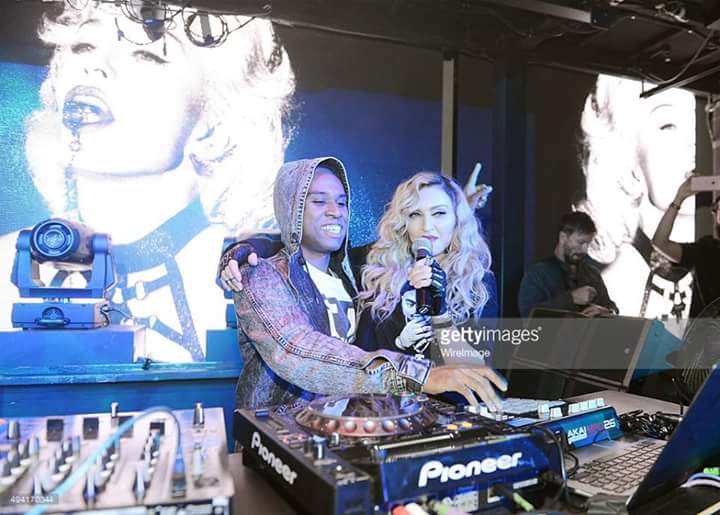 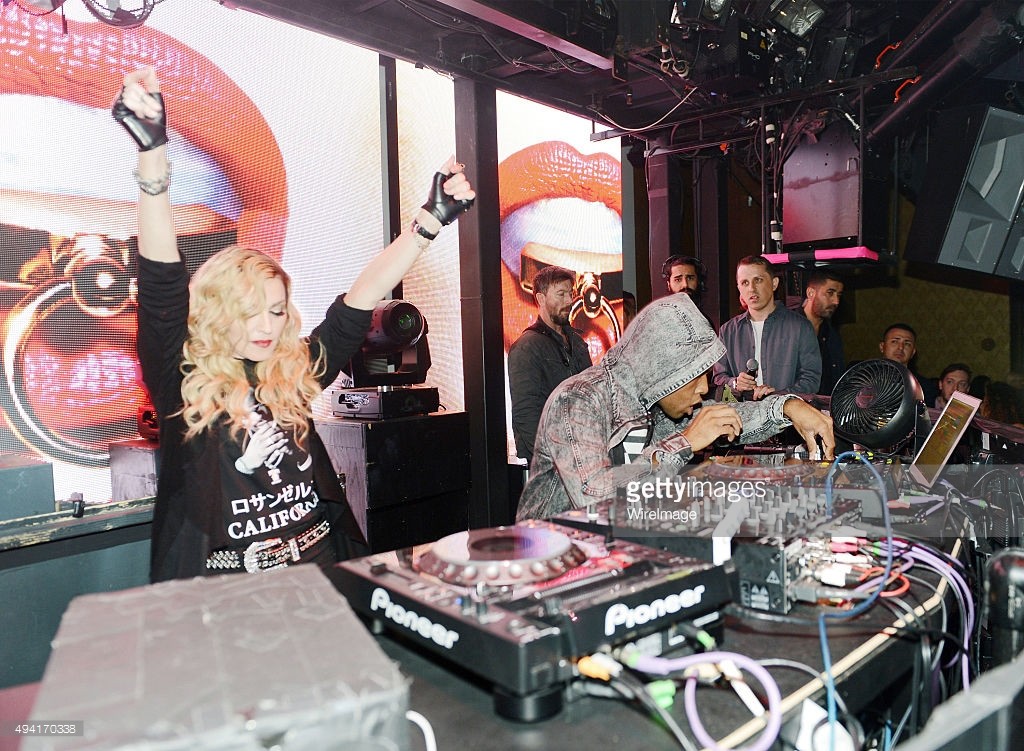 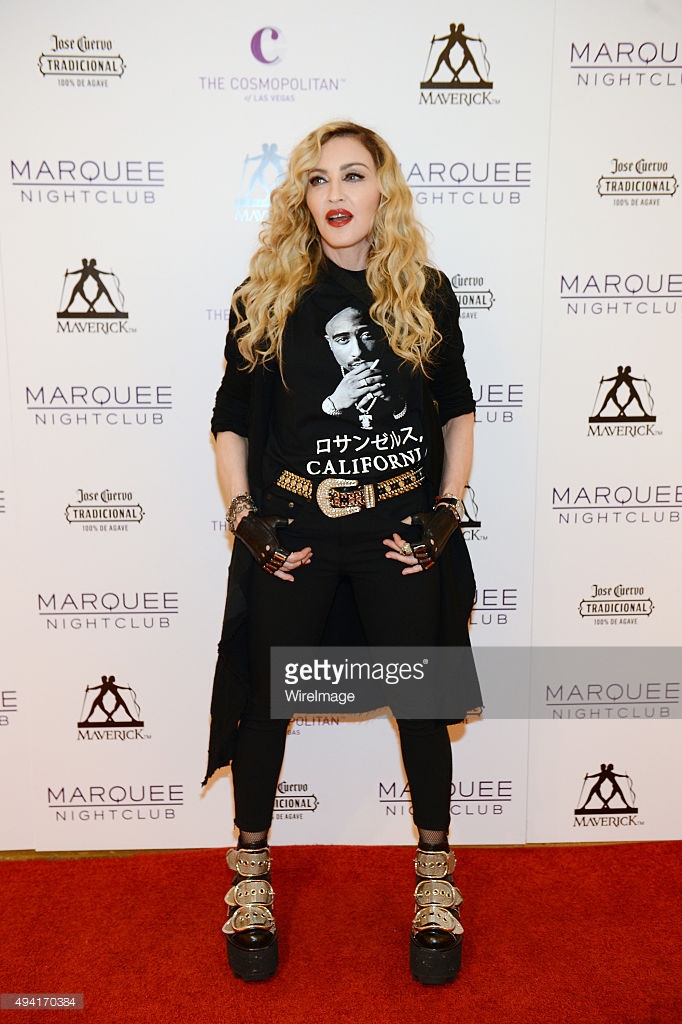 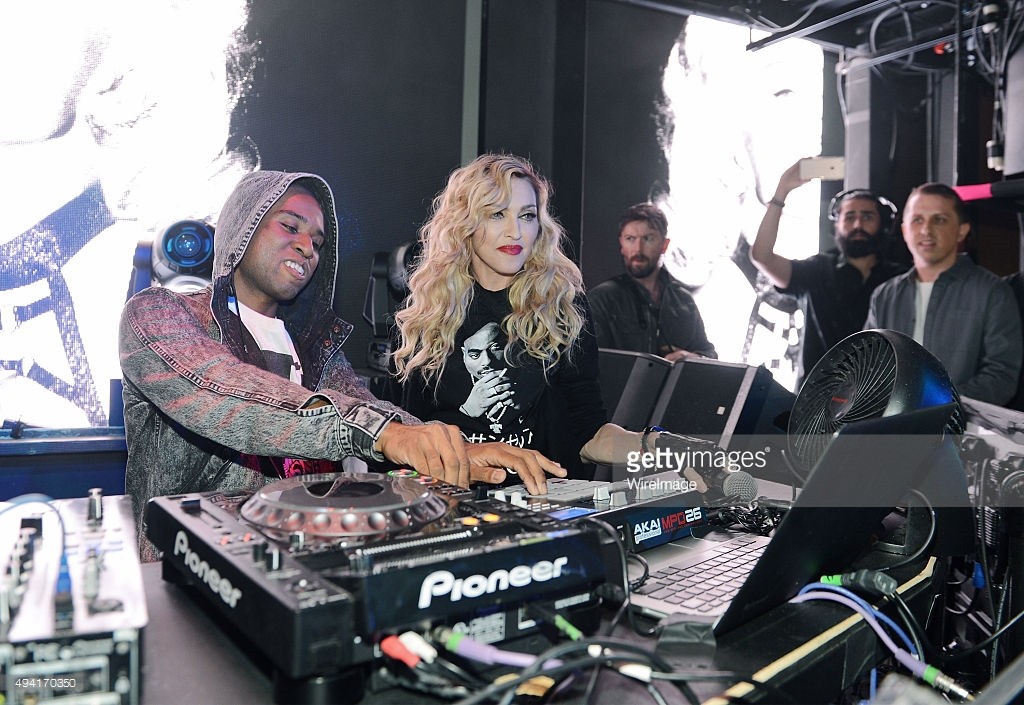 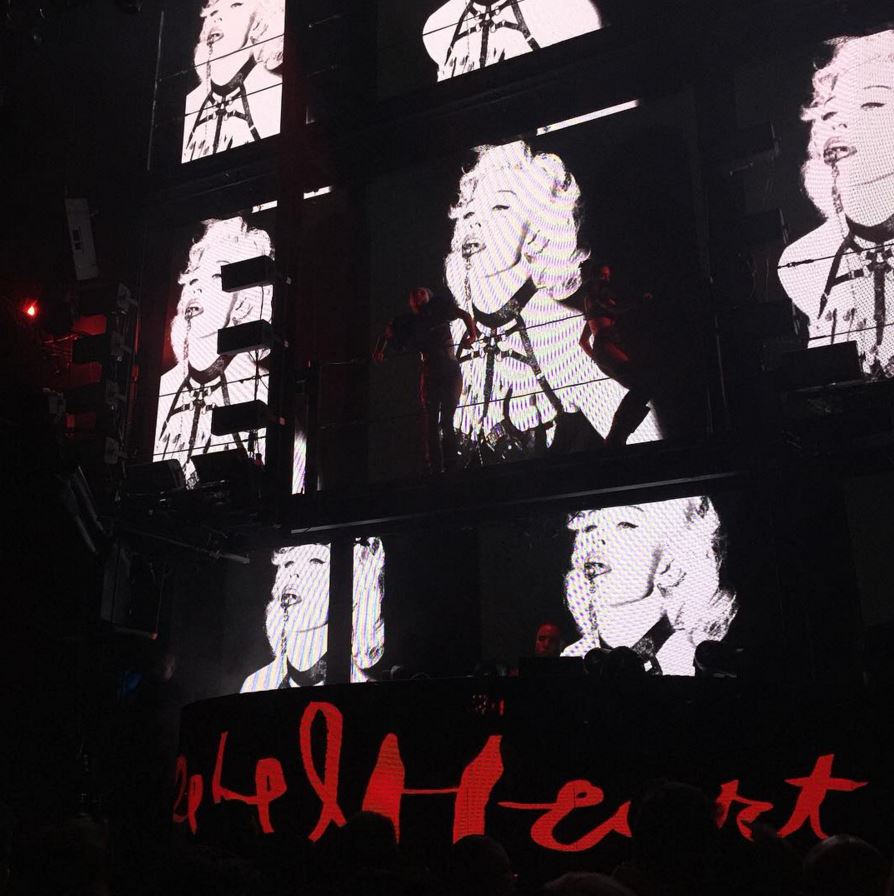 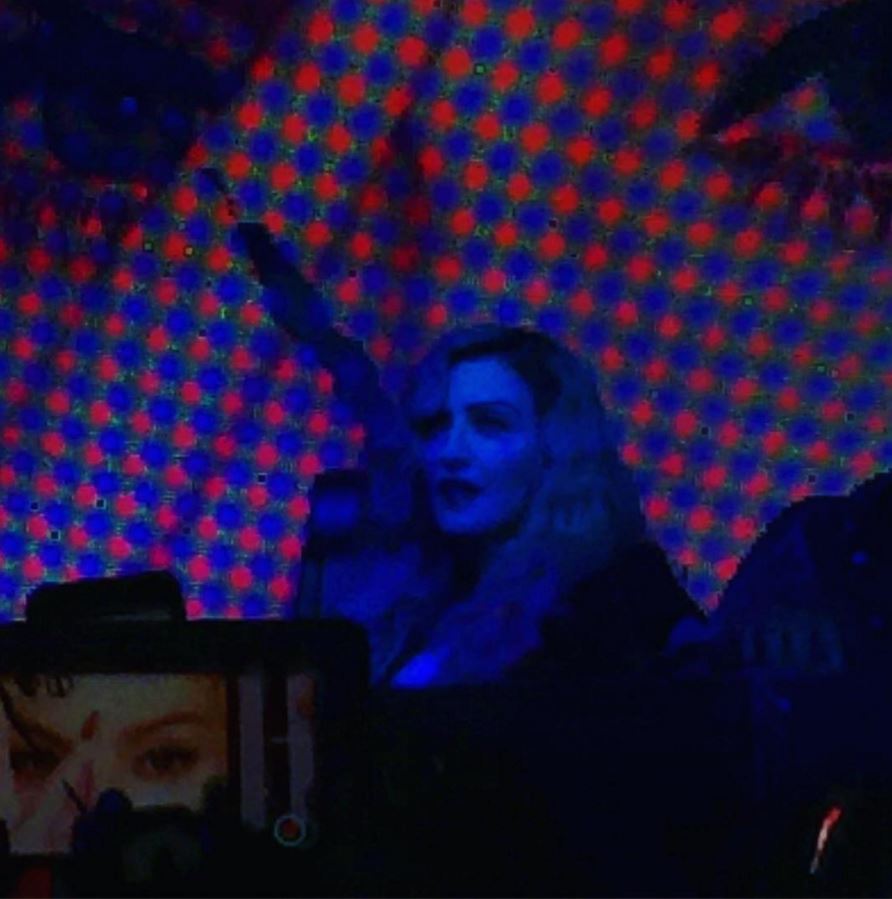 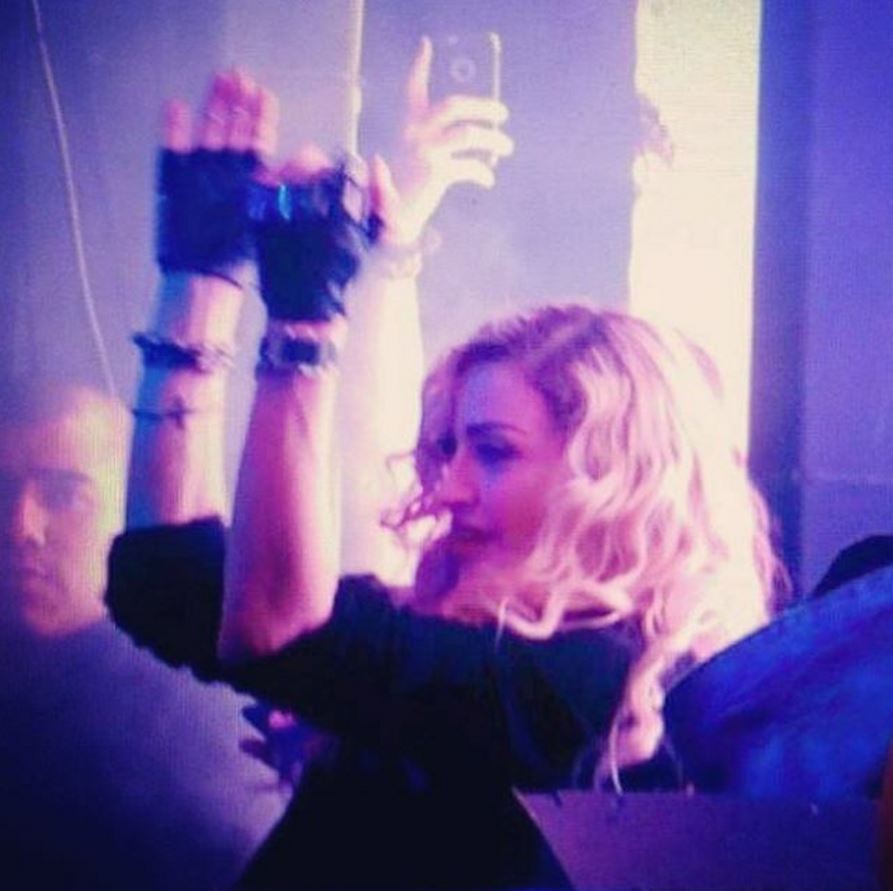 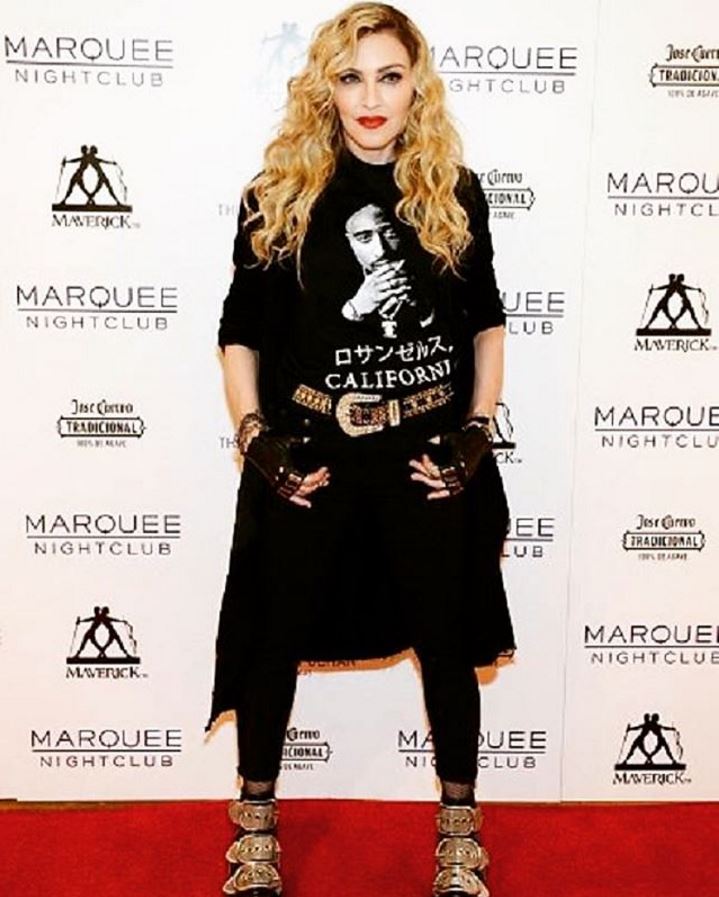 While we are currently working very hard on getting our Madonna Filmography back online, please take a look at this fabulous interview with M to promote Body Of Evidence

….’After a brief lull in the conversation, the mother brought up Madonna, because she’d recently read a news story that included pictures of the megastar musician. “She used to be so great, I absolutely loved her,” she said. “But then she got too skinny and now she looks like a freak.”

“I think she’s trying too hard to appear young,” said the oldest among us. “Why can’t she just age gracefully? It’s embarrassing, really.”

As they continued, I learned there is a “right” way to age, and that the actress Helen Mirren is a good example. As though reciting a Buzzfeed article, the women began to list all the things no self-respecting woman of a certain age should be caught dead wearing, from shades of lipstick to articles of clothing that included the short-shorts in which Madonna was spotted.

I attempted to crack a joke by saying, “Could you guys stop ‘should-ing’ all over the place? It’s beginning to smell out here,” but the one woman who seemed to hear me just stared blankly, as though considering something, before offering yet another suggestion: “UGG boots,” she said. “They’re barely passable if you’re in college, but after that, they shouldn’t exist in your closet.” It was hard to argue with that.

They began listing conditions that determined whether or not a woman should be “allowed” to wear a given item. Are her legs smooth or is there visible cellulite? Is her belly flat or is there a pooch? Are her arms muscular or flabby? How old is she, and does she really look that age? Because if she looks younger than she is, she can get away with a little more. It was fatiguing.

These were the same women who, not ten minutes earlier, bemoaned a culture that failed to instill confidence in young girls. Now they were bashing Madonna for being “too skinny” and detailing, with frightening specificity, what any given woman should be able to wear based on her physical characteristics. I wondered if it made them feel better about themselves, all this “knowing what was right and proudly abiding by those rules.”

I thought of the four-year-old who was already fussing over how she looked, and I could understand why. It’s not enough for us to tell our children that they’re okay just the way they are. If we really want the message to sink in, we need them to see that everyone else is okay just the way they are too. Instead of hearing Mommy say, “Madonna is too skinny, she looks like a freak,” imagine if that child heard, “There’s a woman doing her own thing — good for her.”

Read the full article at SanDiegoReader

It’s hard to separate Madonna’s live performances from the mirrorball crosses, provocative garb and elaborate staging. But close your eyes and you can hear a pop marvel effectively—and often substantially—tweak her material from tour to tour. Here are some of the best examples, all found on YouTube.

“Holiday” (Re-Invention Tour, ’04) It’s hard to pick a favorite live version, but this finale went from tribal to funk-pop to French house. A literal showstopper.

“Into the Groove” (Sticky & Sweet Tour, ’08-’09) An infusion of old-school hip-hop and (more) French house—thanks to Cassius’ “Toop Toop,” among other samples—reinvigorated this chestnut.

“Like a Virgin” (Blond Ambition Tour ’90) This sensual, Middle Eastern reworking was Madonna at her sultriest and most unbridled.

“Deeper and Deeper” (Girlie Show ’93) An early mashup foray with “It Takes Two” and “Love to Love You Baby” made for retro, disco-blanketed reverie. 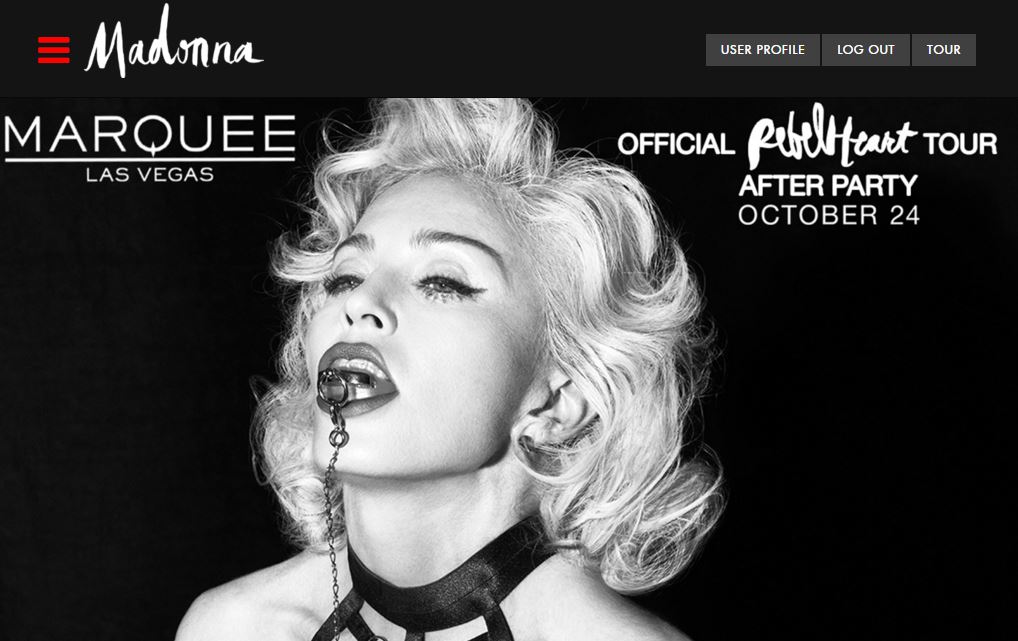 Calling all Live Pass and Legacy members who are to attend Madonna’s #RebelHeartTour show in Las Vegas on October 24th!

On that same night, Madonna will host an official after show party at Marquee and wants for some of her Iconers to celebrate with her! Thanks to the Marquee team, we are happy to announce that 10 of you + the guest of their choice will get to join the party!!

For a chance to be part of this exclusive event, just share what you are to wear to the show with us: Post a picture of you posing all geared up for the show and holding your Vegas tickets to your Twitter or Instagram before 11:30am EST on Thursday, October 22nd. Make sure to include your Icon Display name and the #RebelHeartTourParty and #MadonnaAtMarquee hashtags in your post. We’ll pick winners on a random basis and will e-mail them to confirm their prize.

RULES:
– You must be a current Live Pass or Lifetime Legacy ICON member.
– You must be at least 21-years-old with Valid ID to enter the club.
– Entrants must take a photo of themselves, posing with the outfit they are to wear to the Las Vegas show and their Oct 24th tickets.
– Photos must be posted to your own Twitter or Instagram page.
– One entry per member.
– Your social post also must contain: your Icon DISPLAY NAME (verify on your profile page!), and the hashtags: #RebelHeartTourParty and #MadonnaAtMarquee.
– Finalists will be selected on a random basis.
– Each qualified winner will receive 2 passes to the Madonna after show party to take place at Marquee on October 24, 2015.
– Qualified winners will be provided details to collect their passes.
– This is a passes-only promotion. Tickets to the Las Vegas show, Travel, parking and accommodations are not included and are the responsibility of each winner.
– DEADLINE FOR ENTRIES: THUR., OCT. 22, 2015 @ 11:30AM EST.

Good luck to you all!