Monday in the evening we went to check on the things going on at the arena, quite a few people had gathered there already. Someone was there with a list which you could put your name on. You had to be present to be counted at 20.00 en 06.00, you could register up to four people, but one had to spent the night. This list was approved by someone from Live Nation.

We arrived early in the morning at 5:30, some tents had been set up and it was extremely cold. We put our names on the list and the counting started at 6. Everyone that was there at that point received a wristband. The long wait started. My Spanish is quite ok but when it comes to things like this I want to be certain of the situation. Thankfully Daniel was present, a super friendly fan who translated everything throughout the day. With every update he came by.

As it was still very dark and very cold we took a taxi to town to eat some breakfast. We got back at 7.30. Thankfully by this time the sun came up and the temperature changed for the better. Eventually we ended up bathing in the sun the entire day.

It was a very strange encounter that no one was lining up in a queue, this because the people had a wristband with their name on it. We saw from a distance how the VIP books were put in the bags. The crew was enjoying the sun as well.

A queue had to be formed by 3, advised by Live Nation. Was great to see how well the fans worked together with them. At one point it seemed that the wristband system would fail, but everyone was asked to get in line by number.

At 3 the security started the body check and your ticket was scanned. By number we could enter the terrain to register, get the VIP book and the Early Entry wristband. That wristband was given the same number as your ‘queue’ number. After that everyone had to form the queue again by number. We couldn’t leave the area anymore, not for a bathroom break either. The EE would be opened at 18.00.

To everyone’s surprise the doors opened at 17.30 for the long awaited bathroom break in Palau St. Jordi. Madonna was soundchecking at that moment. A few fans took their chances and saw a bit of the soundcheck happening.

Suddenly a lady from Live Nation came by announcing that Madonna wasn’t pleased with them witnessing the soundcheck and that she wouldn’t perform if more people came to watch.

We were let in at 18.30, we found a good front row spot at the catwalk near the heart stage. I decided to get something to drink for everyone and found out they had Rebel Heart drink cups, a very nice surprise and most definitely a collector’s item.

At 20:00 sharp DJ Lunice started his set, this was the first time he was the support act.

She was like a whirlwind going through the Palau St Jordi, her vocals were great and she was in an excellent mood. Interacted with the crowd a lot. The audience reacted very enthusiastic to it all and the latin section was a highlight for them. Don’t Tell Me was the surprise song of the night. During the 80’s medley Nicki Richards spotted us and happily waved.

It was one giant party!! Afterwards there was a ton of police outside up until the Placa España, this due to the extra security because of the Paris attacks.

Show 2 tonight, which will be quite more relaxed, first heading into town and then on the arena. 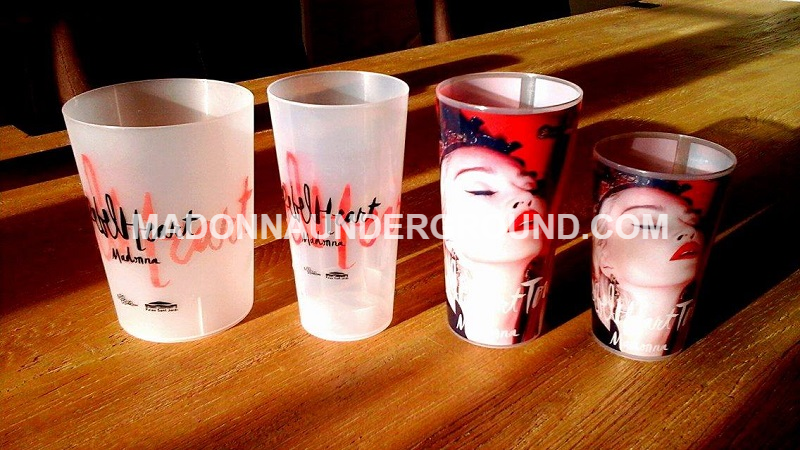 Barcelona has some nice goodies available, such as various Rebel Heart drinking cups, a nice addition to the Rebel Heart Tour merchandise.

Madonna was in a very good mood, but unfortunately a lot of attendees kept smoking and walked around a lot making it not easy to enjoy the show for various fans bothered by it.

There was very tight security and every one was fully checked by security guards. Keep in mind that due to the extra security, the queue takes much longer for people to get inside.

It took people who arrived around 20.00 over an hour to get inside and the queue only grew, so waiting can last up to over two hours. Keep this in mind if you want to attend the show on time!

It really wasn’t a surprise that Jon Kortajarena was tonight’s Unapologetic Bitch, he shared an apple with M.

Madonna in Barcelona with her Rebel Heart Tour (pro footage)

80’s Medley, Who’s That Girl and Don’t Tell Me in Barcelona!

Madonna has just performed the 80’s medley, followed by Who’s That Girl and surprisingly once again Don’t Tell Me! 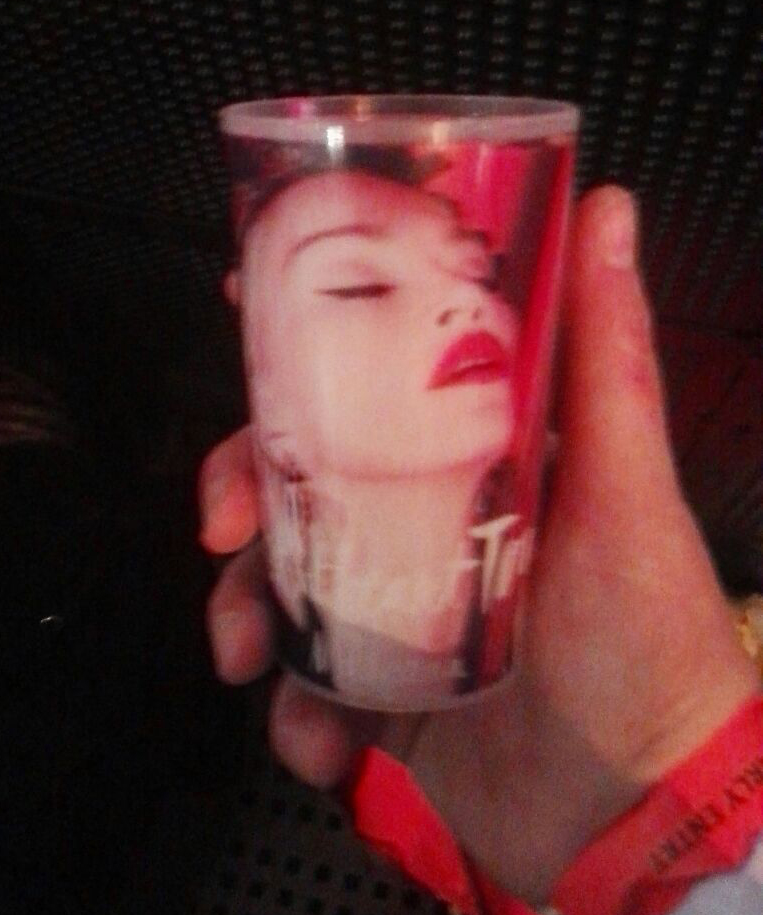 Thanks to Fred and Jochen Vanhoudt

Live from the Barcelona queue

Early Entry queue has started. Everyone has been placed according to their ‘number’. After getting the book, everyone got back to their rightful spot in the queue without any problem. Tickets have already been scanned.

The fans spent the entire day relaxing in the sun. Organisation seems pretty good in Barcelona.

Madonna spotted in 20 Minutos + poster on the streets 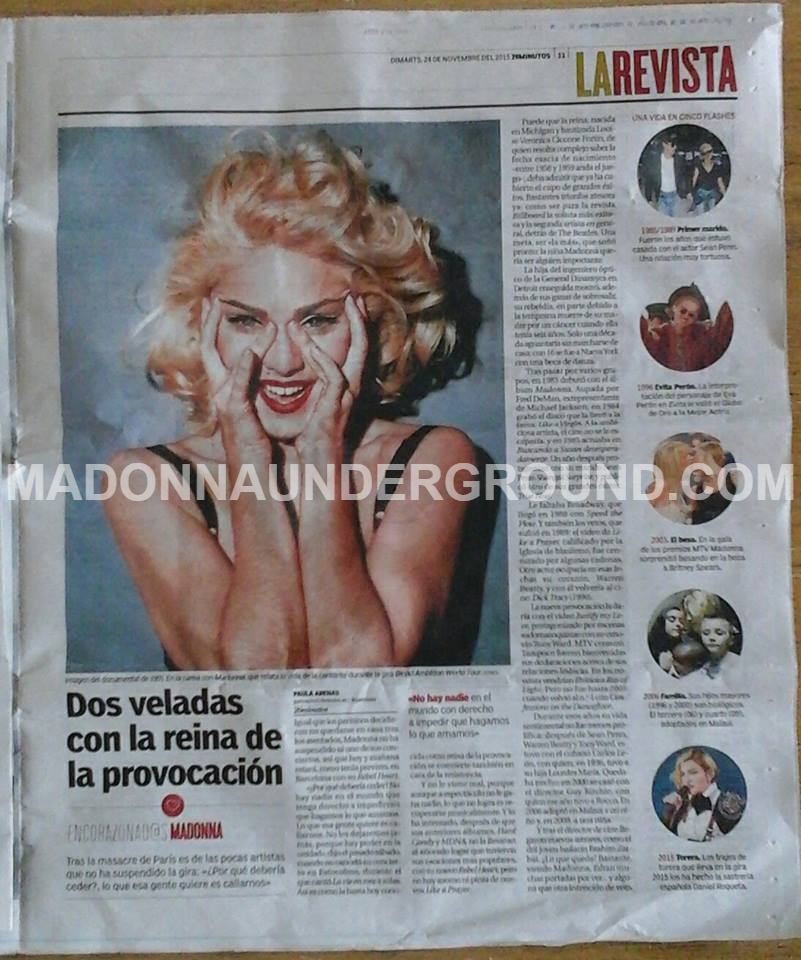 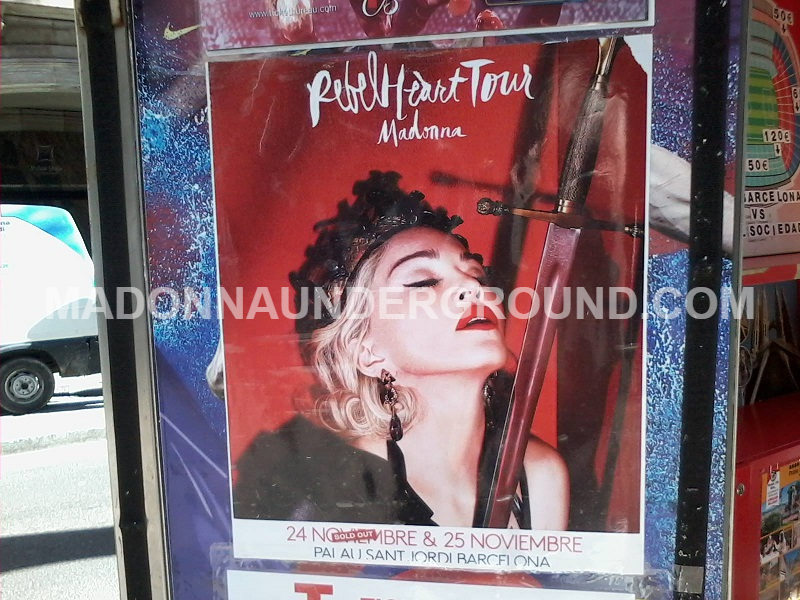 Madonna partying in Bar Cavour Turin this past weekend

Madonna and crew partying in Bar Cavour in Turin this past weekend. 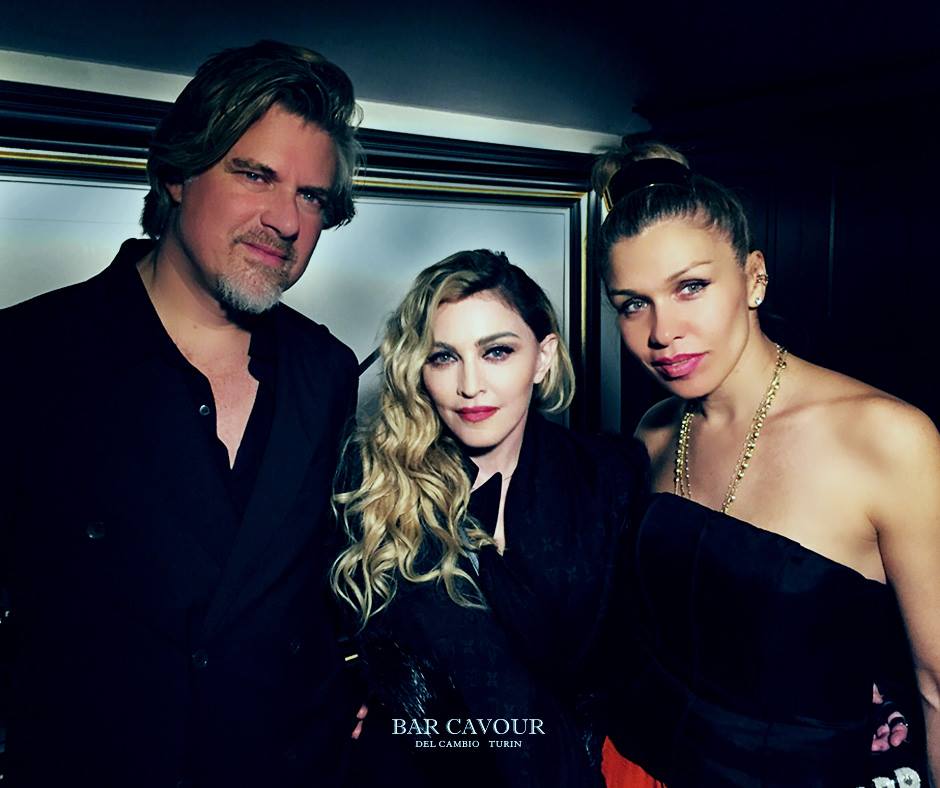 Important info regarding Early Entry packages (picking them up, selling it to others)

We have had some questions regarding the pick up of the Early Entry packages for namely the show in Amsterdam. Whether people can sell them to others, and how will it work with changing the package to a different name? If people that bought the package couldn’t make it on time to pick it up, can someone do it for them. Here are the answers

There’s currently a nice atmosphere going at the Palau St. Jordi. Someone from Live Nation said that at 13.30 local time another queue must be formed. The Early Entry registration will start at 15.00 local time. Now everyone is simply waiting and enjoying the sun. 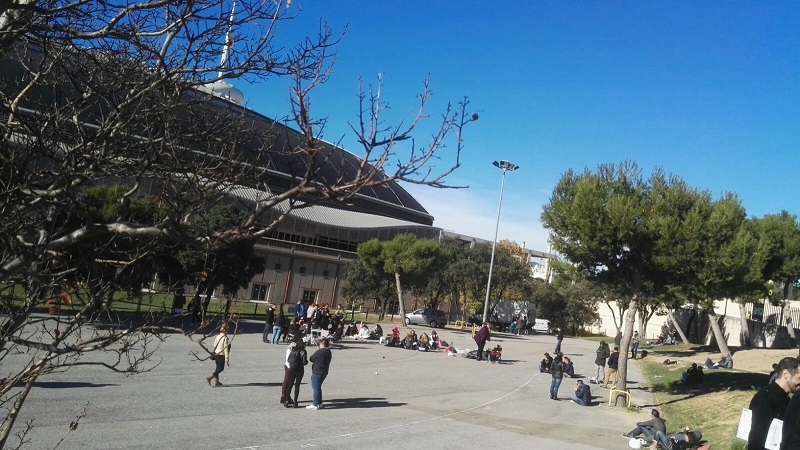 The pop superstar will play two shows in Barcelona after refusing to cancel tour dates in the wake of Paris terror attacks.

Madonna will play the Palau Sant Jordi in Barcelona on Tuesday and Wednesday evening, after adamantly refusing to cancel dates on her world tour following the Paris terror attacks.

“Why should I cancel? There is no one in the world who has the right to stop us from doing what we love,” she said on Saturday before her concert in Stockholm, during which she sang an emotional rendition of the Edith Piaf song, La Vie en Rose.

The pop icon will play the French capital on December 9th and 10th.

Part of the Barcelona show will feature bullfighting themed outfits, including dancers dressed as bulls, which has caused animal rights campaigners to accuse the star of “glamourizing gore”.

“Madonna has clearly lost her footing with outfit choices for her tour,” Mimi Bekhechi, director of Peta UK, told The Local.

“If Madonna wants to ingratiate herself to audiences she might consider choreography that reflects something less offensive than imitating a bloody spectacle where an exhausted animal is speared stabbed and weakened until finally, its spine is severed with a dagger,” Bekhechi said.

Madonna hit headlines when, in February 2015, she took a tumble at the Brit Awards after tripping on her Spanish bullfighter’s cape, designed especially for the star by Armani.

But the singer has not let her famous fall faze her and will perform her hit ‘Living for Love’ wearing a bullfighter’s ‘suit of lights’ and cape emblazoned with a giant M.

She will simulate a bullfight with her backing dancers, who will be wearing bull’s horns and silver glittery masks.

Read more at The Local