Despite our earlier report, and as we said ‘subject to change’, things have changed indeed:

For now it is not allowed to bring in any rucksacks/backpacks and/or weekend bags to upcoming planned live shows in The Netherlands. This is determined for all upcoming shows.

Whether this will be changed in time for the Rebel Heart shows in Ziggo Dome, we will know one week prior to her show.

Thanks to: Live Nation

At this point it will not be against the rules to carry bags with you inside the arena. However keep in mind that if you bring a bag with you, your bag will be thoroughly checked. Do not carry any food or drinks with you to help speed up the checks at the entrance of the Ziggo Dome. There is a wide range of food inside to choose from. Keep in mind that the Ziggo Dome also has lockers available for you to store your coat and other belongings you don’t want to be carrying around with you.

Try to limit the belongings you take with you to the show!

Everything is subject to change. If there are any updates we will try and let you know asap.

It is available to order now through Amazon for only $25.00.

George DuBose included all the pictures that he took at the US Blues in October 1981 and those from a gig in Boston in 1982.

One can see that Madonna didn’t really knew how to style herself, but after Maripol used her magic, she wore that look at the Boston concert.

George DuBose politely asks everyone not to repost his pictures on Instagram. Here is the full artwork:

Thanks much to George DuBose 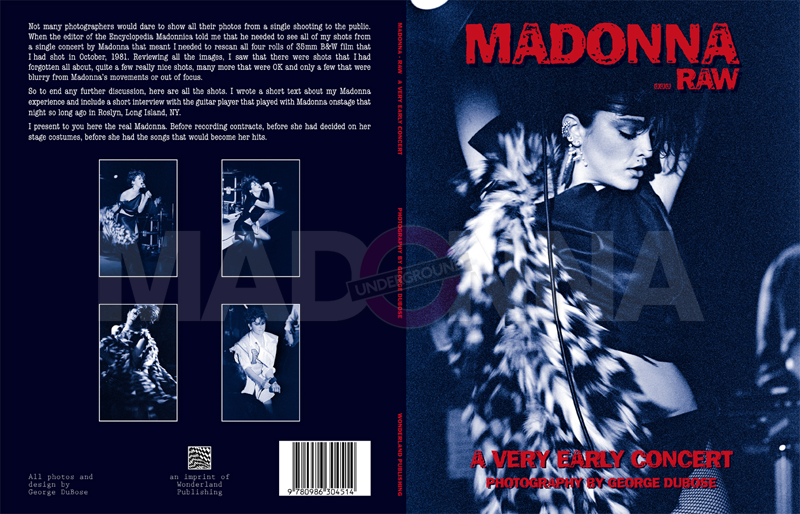 Thanks to Dave Crombeen for contributing

Can you believe today exactly ten years ago, Madonna launched her smash hit album Confessions On A Dance Floor in Koko Camden in London? The show was streamed live and premiered various tracks off of the LP live. To get more into the spirit of what it was like to experience this live, we have a few links for you:

Here two of our videos, a Dutch news report on the event and our private clip taken during Everybody at the show

Finally scanned and photographed all of the Cologne and Berlin newspaper articles, they have all been added to our Rebel Heart World Tour page.

Then we have photographed the VIP book, VIP pass, wristband, various flyers and tickets from Germany. You can find the photographs in the press and memorabilia sections. 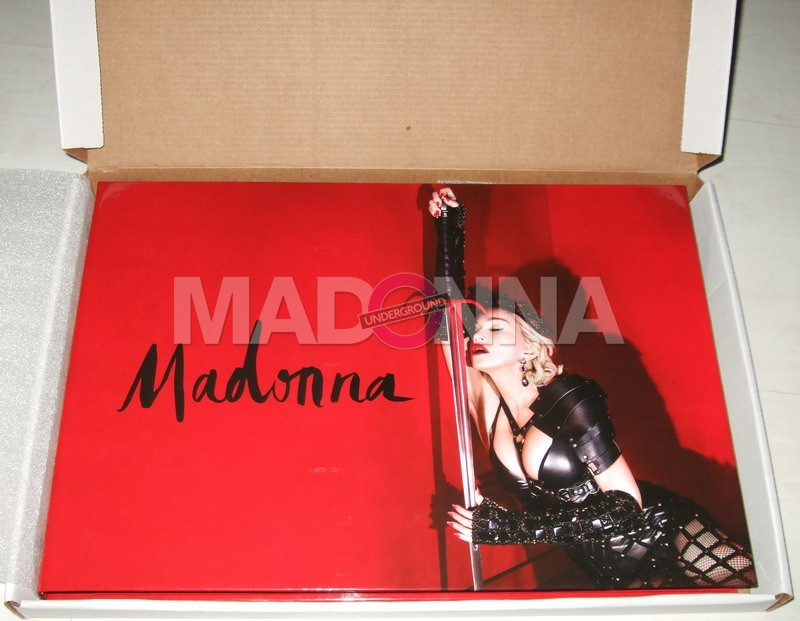 Due to the recent attacks in Europe, extra security measures will be taken at the shows planned in the Sportpaleis in Antwerp.

All shows will go ahead as planned, however security will be tight and more security checks will be done. The security at events will be increased in the area’s where shows are played. Visitors are kindly asked not to bring any bags or luggage with them to the show and to respond accordingly to requests made by security at the scene. Thank you to everyone for your cooperation and understanding.

The Latest: Madonna pays tribute to Paris victims at show

PARIS (AP) — The latest on the deadly attacks in Paris. (All times local):

An emotional Madonna asked the crowd to observe a moment of silence for the victims of the Paris attacks and their families during a concert in Stockholm.

Her eyes welling up and voice cracking, Madonna said she was considering cancelling Saturday night’s show “because in many ways I feel torn. Why am I up here dancing and having fun when people are crying over the loss of their loved ones?”

But then, she said, she thought canceling the show would let the terrorists win: “Why should I allow them to stop me and to stop us from enjoying freedom?”

“Only love will change the world,” Madonna said, before asking the crowd in Tele 2 Arena to fall silent and say a prayer for the victims. She resumed the concert with her 1989 hit single “Like a Prayer.”

Madonna’s Emotional Speech on Paris Attacks: ‘Why Am I Up Here Dancing And Having Fun While People Are Crying?’

Madonna addressed the attacks in Paris on Nov. 13 during her concert in Stockholm today (Nov. 14.)

“This whole show is about celebrating life. And standing up for your rights. Fighting for what you believe in,” she said to cheers from the crowd.

Madonna Address Paris Attacks: ‘We Are All Immigrants’

“It’s been very hard for me to get through this show and not forget about what happened last night. So I need to take this moment to acknowledge the tragedy. The tragic killings, assassinations and the senseless ending of precious life that occurred last night in Paris,” she continued.

“In many ways, I feel torn. Like why am I up here dancing and having fun when people are crying over the loss of their loved ones?”

Madonna in Stockholm speech re: Paris attacks (close up video)

Madonna’s speech in Stockholm re: Paris attacks (in full)

A moment of silence with Madonna in Stockholm

Rebel Heart Tour: Live from Stockholm (the show, a moment of silence)

It was a very special show Madonna took the time to talk about the horrible attacks in Paris. She asked for a moment of silence. There was not a single sound in the stadium and nobody was taking pictures at that time. Goosebumps and tears. The silence was followed by Like a Prayer, the whole stadium was one. Amazing.

Madonna was very chatty during the show and of course it ended with Holiday and the Swedish flag.

Thanks to Caroline Walta on location 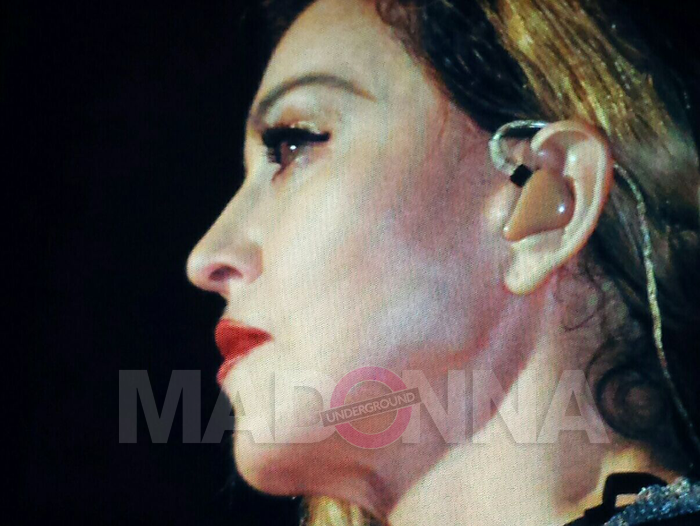 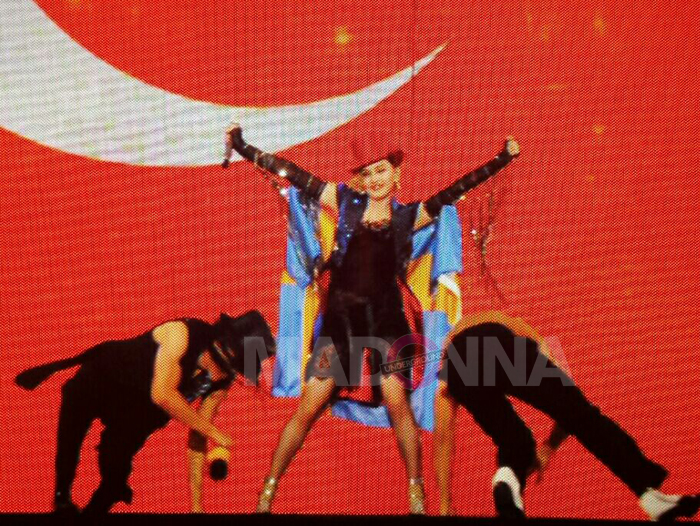 Despite previous confirmation from Live Nation NL, there has been a change in plans and a support act has now been scheduled to perform in Amsterdam.

DJ Lunice will open for Madonna around 20.00 local time, he will also open for her in Antwerp.

Keep in mind that Madonna’s show rarely starts before 21.30!